Theft –Officers were dispatched by the victim, who wished to file a report of a missing phone and wallet. The victim stated that while at the Uhs Kehk Gas Station, the victim took out the wallet/phone case from the motorcycle hatch and left the store. Later, the victim noticed the wallet was missing and called financial institutions and cell phone carrier to suspend services. The victim attempted to use an app to locate the cell phone; but yielded in negative results due to the phone being shut off. Video surveillance is being reviewed to locate any suspect(s).

Burglary -Officers were dispatched to the residence in reference to a possible burglary. Contact was made with the victim; a broken living room window was located with glass (large amount) on the back patio. The victim went through the residence prior to officer arrival indicating no one was inside the residence and did not know who the suspect was. The victim listed a bag of clothing, various shoes and a drone to be missing from the home. A large rock was observed resting on a chair near the broken window; the victim stated the rock was not there prior to her departure from the residence. Photos were taken and entered into evidence. There is currently no suspect at this time.

Theft -Officers were dispatched in reference t o a theft. Investigation revealed the victim was at Akimel Smoke Shop for a couple of minutes, upon returning to his vehicle a newer model vehicle was noticed leaving the premises in a hurry. The victim got into his vehicle and noticed the passenger side door slightly open. His check of his possessions revealed his glock model 27 handgun missing.  A person of interest will be contacted in attempts to retrieving the handgun. A follow up will be conducted; the handgun was entered into NCIC as stolen.

Theft -Officers were dispatched to the residence in reference to a theft. Contact was made with the victim, who noticed approximately $180.00 missing from her purse. Upon confronting the suspected family member about the missing money; the suspect stated they no longer had the money. The suspect was informed the police would be called and the suspect left the residence. While the victim checked her purse; she noticed a debit card was missing. The victim was instructed to cancel the card with her bank institution. Attempts were made to locate the suspect in the immediate area; but were met with negative results.

Theft –Officers were dispatched to the Chevron Gas Station in reference to a theft. Store employee stated that a black male entered the store and proceeded to the beer cooler where he entered and took two bottles out of a six pack and placed them down the front of his pants. The suspect went to the register to pay for gas and walked out to the gas pumps where he drank the bottle of beer. The vehicle then left the premises; a registration check revealed the owners both pictures did not match the male who was observed taking the alcohol. A follow up will be conducted with the registered owners to assist in identifying the suspect.

Theft -  the victim called officers reporting a set of tires being taken from a semi while inside the casino. Investigation revealed that the victim arrived at the casino and went inside; when the victim came out to his semi truck he noticed straps were cut and hanging and noticed two Bridgestone Semi tires with aluminum wheels were taken. There are no known suspects at this time.

Theft – 190609-02945 Gila River Farms employee reported that approximately twelve bales of hay were stolen from a remote area where they were being stored. There was no suspect or suspect information at this time.

Theft –   Officers were dispatched to the Komatke Market in reference to a theft. Investigation revealed the suspect stole a package of toilet paper by placing the merchandise in her bag and walking out of the store past the point of sale leaving in a black Honda. During the investigation the suspect was identified and a follow up was conducted at the last known address. The suspect was not located and charges will be forwarded to law office for review.

Theft –Officers were dispatched to the Vee Quiva Casino in reference to a theft. Investigation revealed the victim left her Coach purse in her vehicle while she entered the casino. Upon returning to her vehicle she noticed her bag was missing. The victim stated the driver’s side window is broken and always left down; video surveillance showed an unknown male walk past the victim’s vehicle before making a couple of circles around the vehicle and observed walking to a vehicle with a big bag in hand. The suspect was not identified and pending identification.

Theft -  A trail camera was reported stolen near the South Mountain area; the reporting party stated there were several other cameras in the area showing several subjects in the area. But was not sure if one of the subjects took the camera; there are no suspects at the time the report was taken.

Aggravated Assault –  Officers were dispatched to the residence in reference to three suspects inside the home and one having a knife and coming at the victims when they arrived home. The victim then locked the three suspects inside the home by blocking the doors with items. Upon officer arrival, the suspects were taken into custody where they admitted to being in the residence and entering the residence while the homeowner was not home. Two suspects were booked for burglary and one of the two was also booked for aggravated assault.

Theft –the victim called police to report a theft within the residence. Upon contact with the victim stated an unknown person took three one hundred dollar bills out of a jewelry box that was inside a bedroom. The victim did not know who the suspect; only indicating there was three other people that reside within the residence that may have taken the money. The three individuals were contacted and denied taking the money. The suspect is unknown at this time.

Status: The suspect was booked into JDRS

Burglary -  the victim called dispatch to request an officer for a burglary that occurred at the residence. Upon officer arrival, contact was made with the victim, who stated that the residence was unoccupied for a week due to the victim being away due to work. Upon returning home, the victim noticed that the front door was unlocked. The victim observed the back sliding glass door to be shattered and a flat screen television and DVD player were missing. No shoe impressions were located, a knife and game controller were located outside and impounded as evidence.

Burglary –   the reporting party requested officers to the Santan Headstart in reference to a burglary and criminal damage. Contact was made with the reporting party, an employee at the center and was driving by noticed the bus lights were on. Upon arriving at the center, the bus was not damaged, a walk around the premises revealed a conex box storage shed door was open and window on the west side of the Early Headstart building was broken. Roof tile was broken and miscellaneous food was located within the building open and left in various places. A shoe impression was located on premises commonly found to be on “chuck” type shoes. Photos were taken and later uploaded into evidence. There are no leads at this time to identify the suspect.

to the Wild Horse Pass Casino in reference to a theft. Investigation revealed the victim was at the casino and upon leaving the casino, the victim observed a window on his vehicle to be shattered. A child’s LG tablet was the only item taken.  Photos were taken of the damages and uploaded into evidence. Video surveillance will be reviewed to identify suspect(s). Status: Closed pending further suspect identification

Theft –   Officers were dispatched to Phoenix Premium Outlet Tommy Hilfiger Store in reference to a theft. Upon officer arrival, store employees informed officers that an unknown female entered the store and stole three packages of underwear by placing them in her purse and walking past the point of sales leaving in an unknown direction. The suspect was not located and video surveillance will be reviewed in attempts to identifying the suspect.

Theft –   Contact was made with the reporting party/victim, who stated that while at the Wild Horse Pass Casino, a $500.00 ticket was dropped by the victim. The suspect observed the victim drop the ticket and proceeded to walk next to the victim and bend down pick the ticket up and observe the amount on the ticket. The suspect walks away from the area and cashes out the ticket; the suspect then left the casino. There is no suspect identification at this time. Status: Closed

Aggravated Assault –Officers were dispatched to the HuHuKam Memorial Hospital in reference to a stabbing victim. Investigation revealed the victim and another individual arrived at a residence in Casa Blanca to visit a friend. When the suspect came out of the residence and proceeded to use vulgar language, question why the victim was there. A physical altercation took place and the friend to the victim yelled at the victim stating they needed to get the victim to the hospital; the victim had been stabbed multiple times. The victim was treated and released from the hospital. The suspect was not located at the time of incident.

Aggravated Assault –Officers were dispatched to the residence in reference to an assault call. Investigation revealed the suspect assaulted the victim by striking the victim in the head with a rock. The victim suffered a laceration to the back of the head; photos were taken and later uploaded into evidence. The suspect was later located and booked into DRS. Status: The male suspect was arrested and booked into jail

Aggravated Assault –   Officers were called to the residence in reference to a stabbing. Investigation revealed the victim was stabbed three times in the back by an unknown subject. The victim was transported to a near-by hospital for further medical treatment. CPS was notified of the incident due to minors being present during the incident.

Theft -  Officers were dispatched to contact the victim via telephonic interview. Contact was made with the victim, whom stated that one hundred dollars was left in an envelope on the vehicle’s visor and it contained for twenty dollar bills and four five dollar bills. Upon retrieving the vehicle and leaving the premises, the victim noticed only one twenty dollar bill and the five dollar bills were in the envelope. The victim gave the description of both employees that took the vehicle and retrieved the vehicle. Both employees were contacted and stated they did not take the money. Video surveillance was reviewed and did not observe anything regarding the theft. The victim was notified of the finding. Status: Closed pending further information 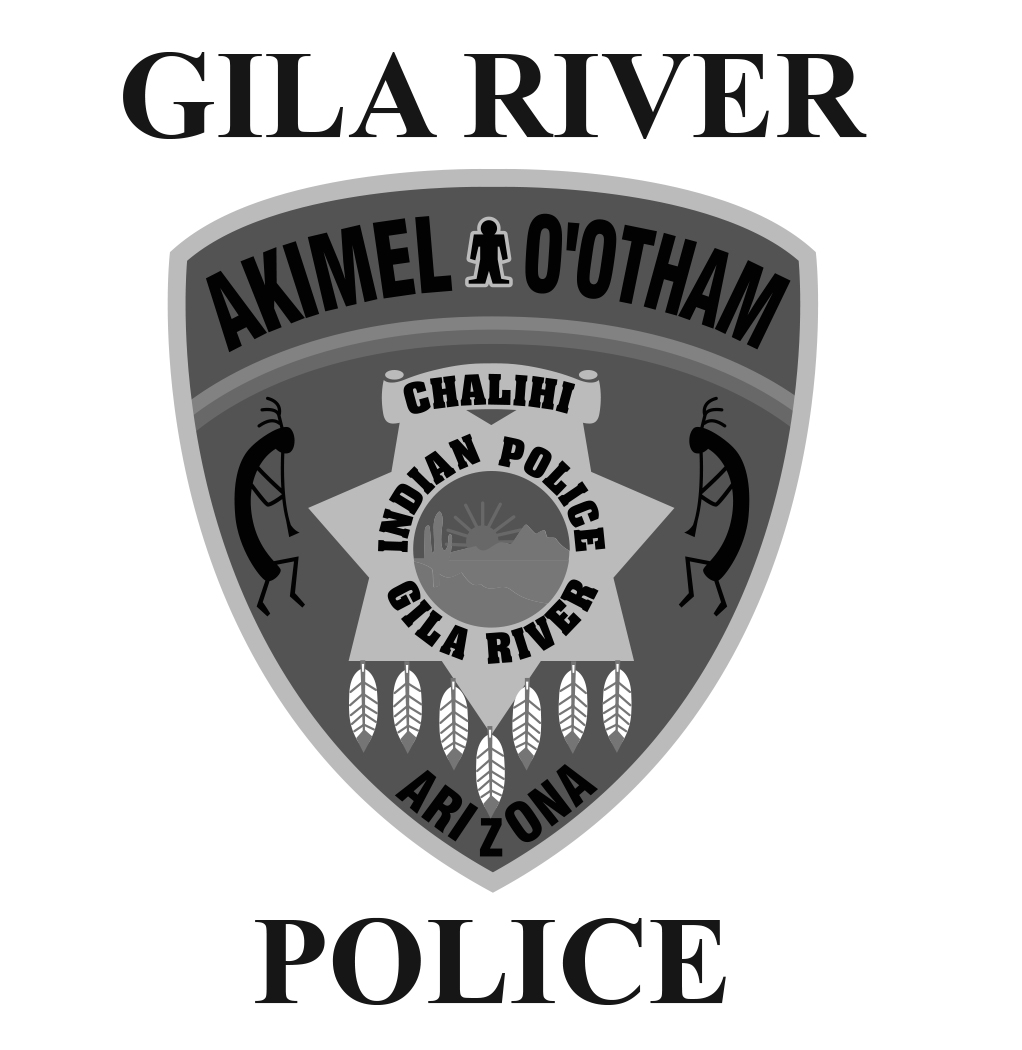