The Inter-Tribal Youth Baseball & Softball Tournament was in full-swing, as teams from tribal communities all over the Southwest played ball in four separate divisions.

The tournament is sponsored by the Arizona Diamondbacks Baseball organization and takes place across four locations over four days May 29-June1.

To cap off the on-field action, teams and their families were in full-force at the 2019 Native American Recognition Day event at Chase Field on June 1.

The Native American Recognition Day is an annual event to recognize the diverse tribal history of Arizona, while promoting the game of baseball with youth in tribal communities.

Teams who participated in the Inter-Tribal Youth Baseball & Softball tournament, were honored on field, during the pre-game festivities.

Miss Gila River Tyler Owens threw out the first pitch, sending it over home plate, while the posting of the colors was presented by the Pee Posh Veterans Association. Tyler said, “I get to throw out the first pitch today, I was nervous and I didn’t want to throw out a groundball.” Musician Gabriel Ayala (Pascua Yaqui) played a rendition of the Star-Spangled Banner, before a packed ballpark.

Jr. Miss Gila River Susanna Osife said, “It’s been a good experience for us, to see all the royalty here, it is so amazing, it’s a new experience for me being here.”

She said representing the Community, is one of the most important parts of attending events like NARD, they allow others to see the culture of the Community on display.

The Gila River Bears took home the top spot, defending their title in the Single A Baseball division, shutting out the C.G. Pirates 9-0. Despite coming up short in the tournament, the C.G. Pirates were awarded a second-place trophy for their hard-earned effort.

“It was hard fought by both teams, said Gov. Stephen Roe Lewis, “They’ve won back-to-back wins for the Bears and they are building a great organization in District 4.” Lewis said the turnout was great, including eight of the teams being from the Community.

About NARD he said, “It goes back to 1998, when we started our great relationship with the Dbacks. We have really have had a lot of Community involvement with them, one of them through baseball clinics with our youth.”

In the Double A division play, the AZ Savages took top honors, as the champs, besting the Chinle WindTalkers 12-1.

“It’s awesome, these boys worked hard out there, and it’s a good feeling to repeat in this tournament,” said Bears Coach Mondo. He said the kids are ready take on each game and when they get on the field, they know what to do.

On the other side of the bench, “We knew it was going to be tough coming into this competition, but unfortunately it didn’t come our way, but we are looking forward to the next one,” said, C.G. Pirates Coach Conrad.

He said in advance of each game and tournament, they get them ready both mentally and physically, but also to get his players ready for advanced baseball leagues they are eligible to play in when they age out of Single A play.

Congratulations to all the youth baseball and softball teams, who participated in this year’s tournament. 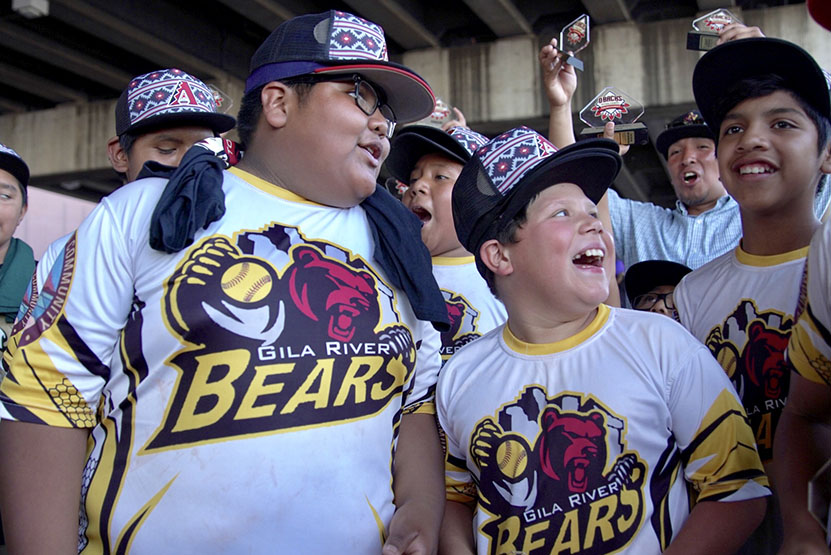 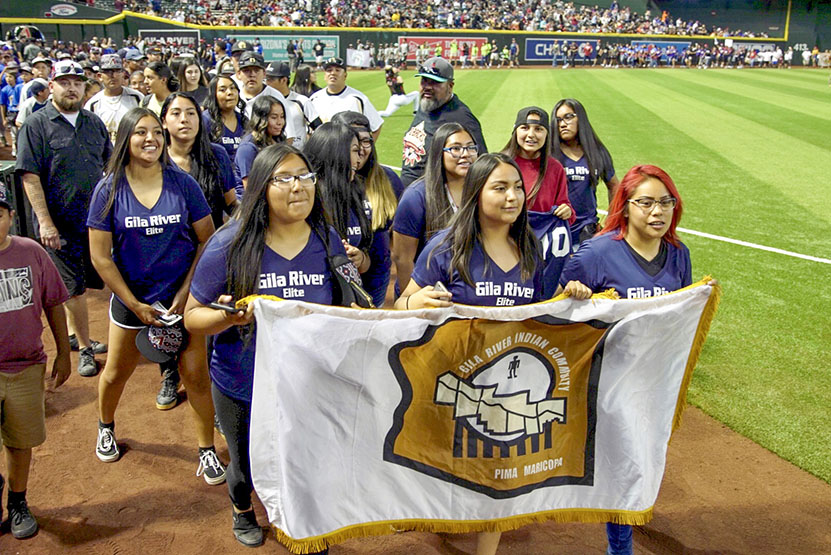 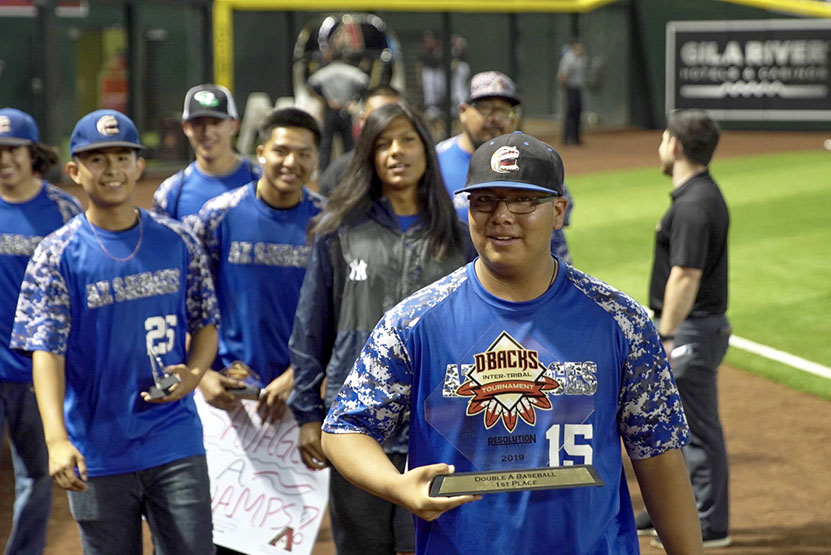 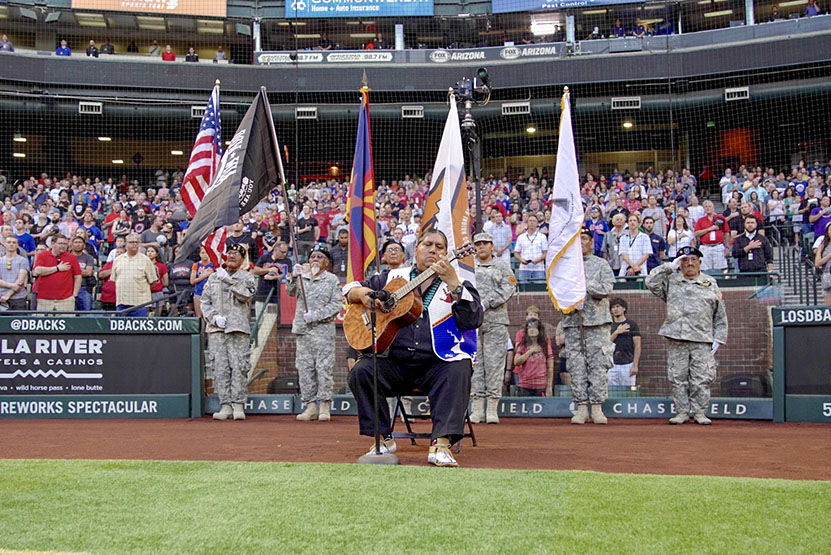 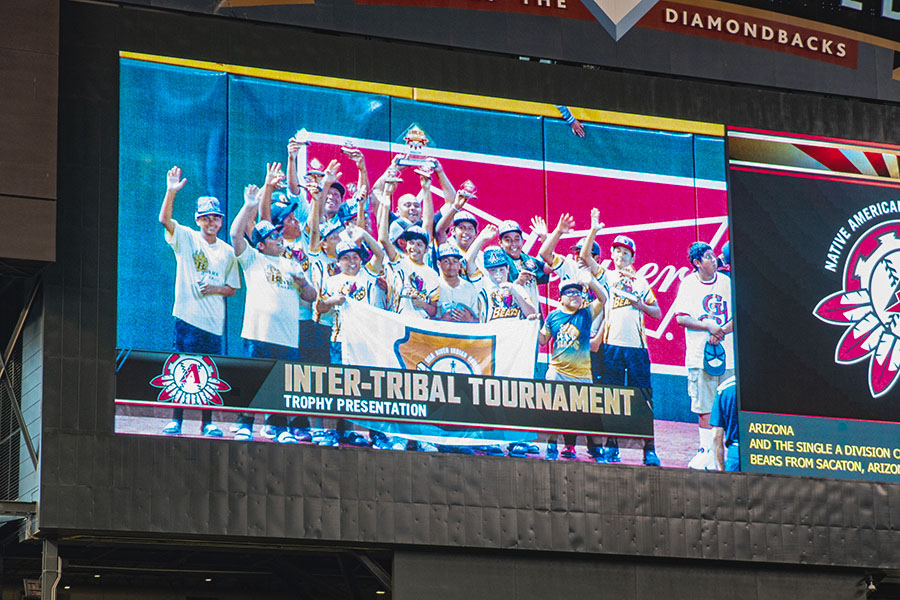