The Gila River Indian Community joined in the historic signing of the Arizona implementation of the Drought Contingency Plan, or DCP, on May 20 in Boulder City, Nev., and attended a later ceremony as seven states including Arizona, the Department of the Interior and the Bureau of Reclamation signed the overall drought contingency plans for the Upper and Lower Colorado River basins.

“We made sure that our water rights and our water settlement were going to be protected,” said Gov. Stephen Roe Lewis who represented the Community.

Gov. Lewis signed six of the seven documents in the Arizona DCP implementation agreements while overlooking Lake Mead and the Hoover Dam at the Arizona-Nevada border. The plan addresses the heightened risk of severe shortages and falling levels at Lake Mead.  Under the DCP parties, including GRIC, have agreed to take less water out of the Colorado River system when there is a shortage declaration by the Secretary of the Interior, which would occur if the levels fall below 1,075-feet. GRIC helped formulate the overall implementation plan which includes mitigation and additional contributions of water to Lake Mead.

“It’s a historic achievement for the Colorado River and the 40 million that rely on it,” said Bureau of Reclamation Commissioner Brenda Burman.

Lt. Gov. Robert Stone was also at the ceremonies and acknowledged how all the parties worked together.

“The progress was a tough road but here we are today celebrating something for everybody,” said Lt. Gov. Stone.

Gov. Lewis called the Community one of the “key players,” in the agreement and said that GRIC will be instrumental in future negotiations.

“We are going to have a seat at the table,” said Gov. Lewis.

Tom Buschatzke, Director, Arizona Department of Water Resources, represented Arizona when the federal government and the states signed the agreement at the ensuing signing ceremony, which also included Mexico as part of a bi-national water scarcity plan.

“I want to thank all the constituents in the southern basin states, Mexico, tribes, the numerous boards, commissions and agencies that were integral to the approval of the plan,” said Buschatzke. 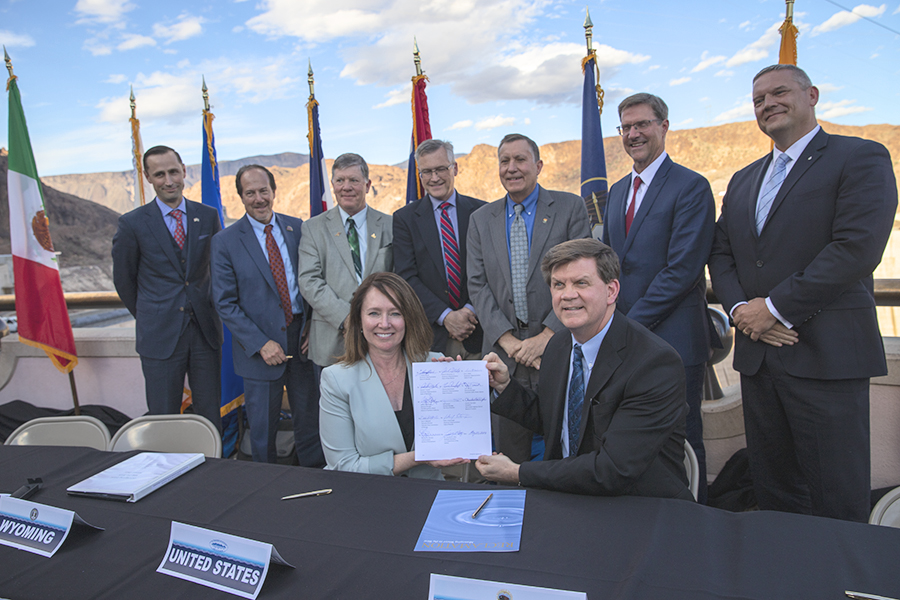 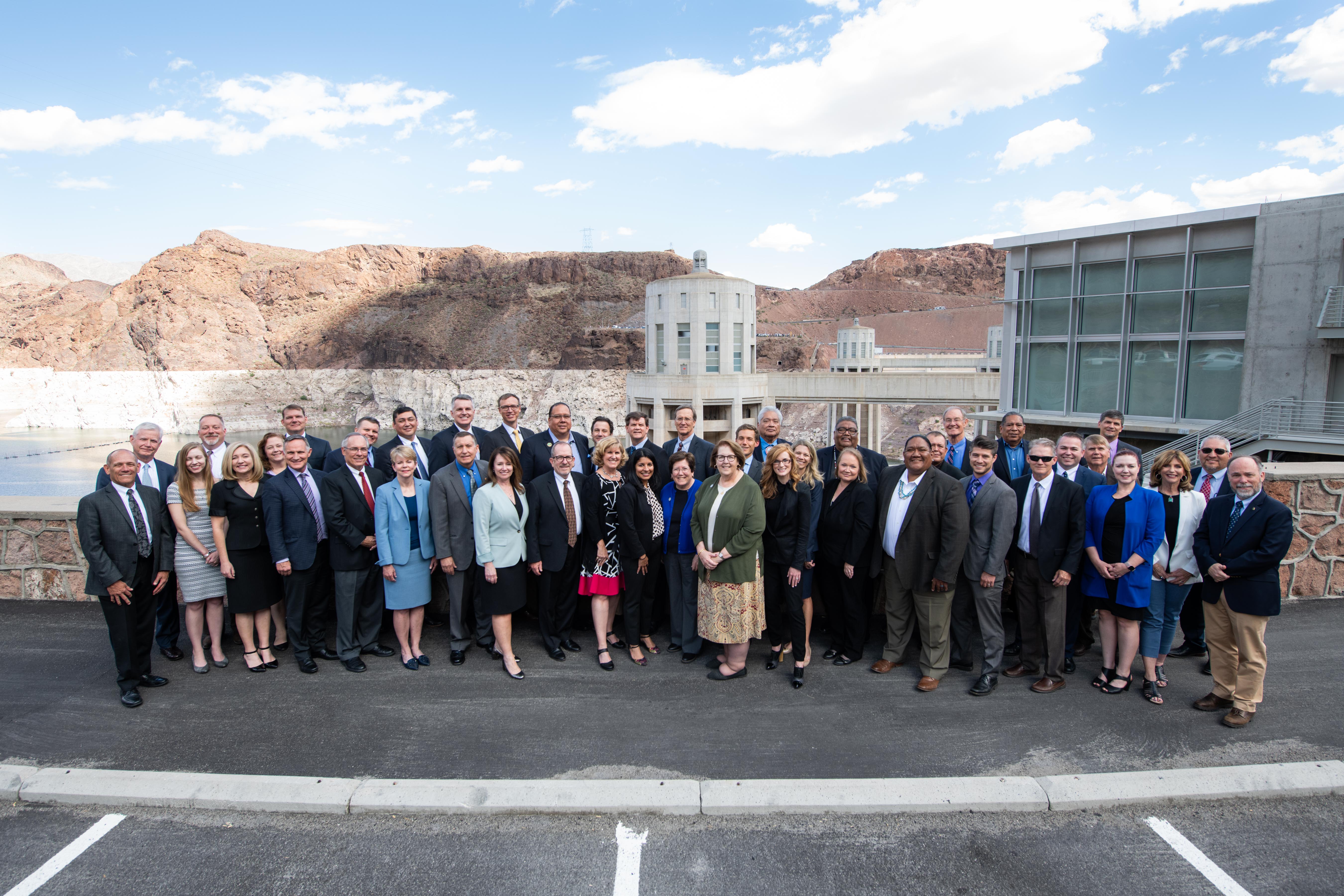