A local health organization opens the doors to a  new location that will serve individuals and families living in the East Valley. Native Health, a local health service provider, opened the doors to a new facility, during an open house ceremony on May 29.

Native Health, provides culturally-centered wellness assistance to the American Indian population across the Valley. As part of their comprehensive list of services, Native Health opened a new medical and behavioral health facility in Mesa.

Native Health CEO Walter Murillo, said the new facility is just one of the growing list of health resources to better serve the American Indian population for a variety of health needs.

He said the new health facility will continue to expand the availability of services to meet the needs of the Native population in Mesa.

City of Mesa Mayor John Giles, who said Mesa has one of the largest American Indian populations of the Phoenix metropolitan area. He said the Southern Avenue location is a much-needed addition to serve Mesa’s Native residents.

“Mesa, Arizona is a Native American Community, in this zip code, we have the highest population in the state and they are our constituents. He said from WIC, behavioral health and family practices clinic are exactly what the city’s constituents need in a centralized location.

Congressmen Greg Stanton, was also present to support the opening of the new facility, along with Gov. Stephen Roe Lewis, who said it will improve the lives of Native people, who will pass through Native Health’s doors.

“I really appreciate all that Native Health does throughout the Valley and now for the people of Mesa,” said Stanton. He said everything that you do for Native health and the urban American Indian Community, meets the needs of those living in our urban communities, who’s residents add to the diverse fabric of places like Mesa and Phoenix.

Gov. Stephen Roe Lewis, Lt. Gov. Robert Stone, Council Representatives Monica Antone, Joey Whitman were present to tour the facility and chime-in on the importance of service it will bring to the East Valley.

“We have a number of Community members living in the urban setting here, that will lead to a tremendous outcome, all the services that are very critical to treating the Native population here,” said Lewis.

He thanked Giles, for his support of the Native community in Mesa, but also throughout the Valley. Lewis said there are many issues at hand, such as missing and murdered indigenous women, which takes a team effort on a local and federal level to push to the forefront.

“We always pride ourselves in being good partners and helping where we can, as the old saying goes, ‘a rising tide, lifts all boats,’ because this is all about partnerships coming together on so many levels to make things happen,” said Lewis.

Antone said the services provided by Native Health are very important, because they have resources for mothers, those who do not have access to the things they need, like education on how to care for them and provide supplies, such as baby formula for their children.

“As a mother, I think it’s very important and they need to know how to take care of their newborn babies and how to prepare for when they become toddlers,” said Antone.

Whitman said it’s important for the urban members to reach out to places like Native Health, who are ready to help. “If we have Community members living nearby, they can come here and know [they] can do something to help with their health needs or even getting access to food for their families,” said Whitman.

“It’s an excellent place to go, not only our members that live here, but for others that are nearby,” said Stone, “As part of our partnerships with other entities, like the cities, it’s about going out there, not specifically in a political sense, but supporting each other what groups like Native Health need.”

Murillo presented Lewis and Community representatives with a plaque, as a sign of appreciation for the financial contributions brought through the state shared gaming revenue agreement. 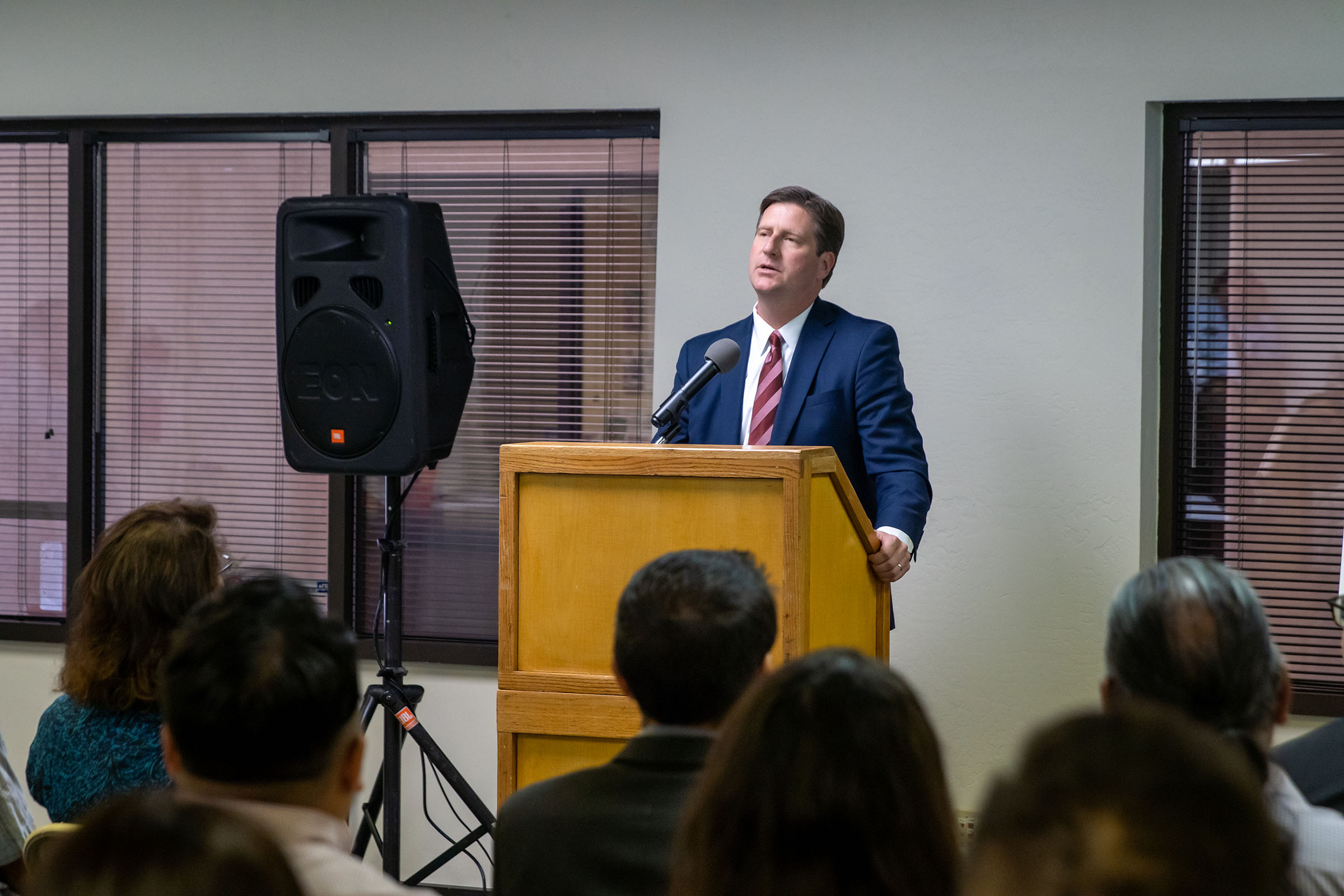 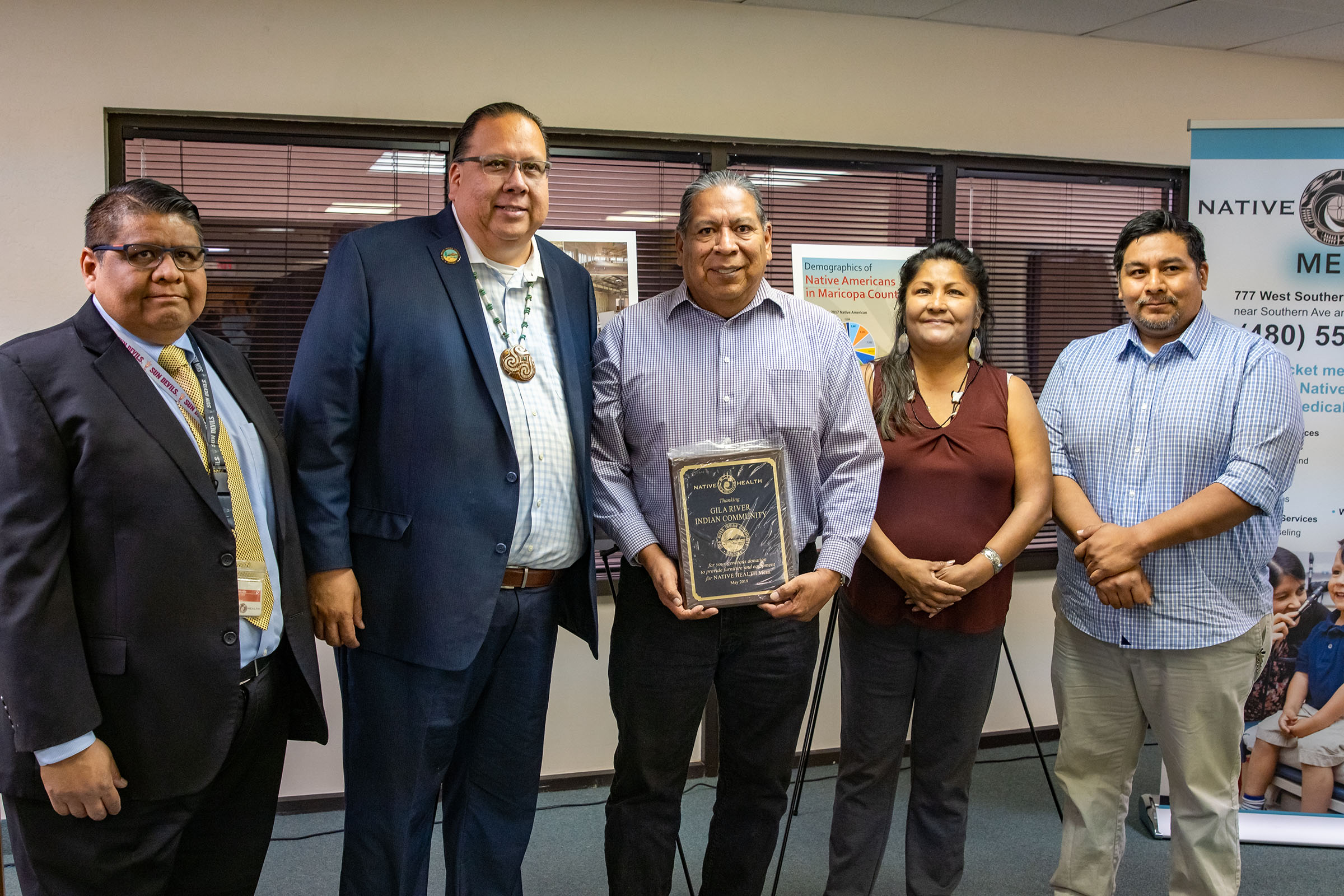 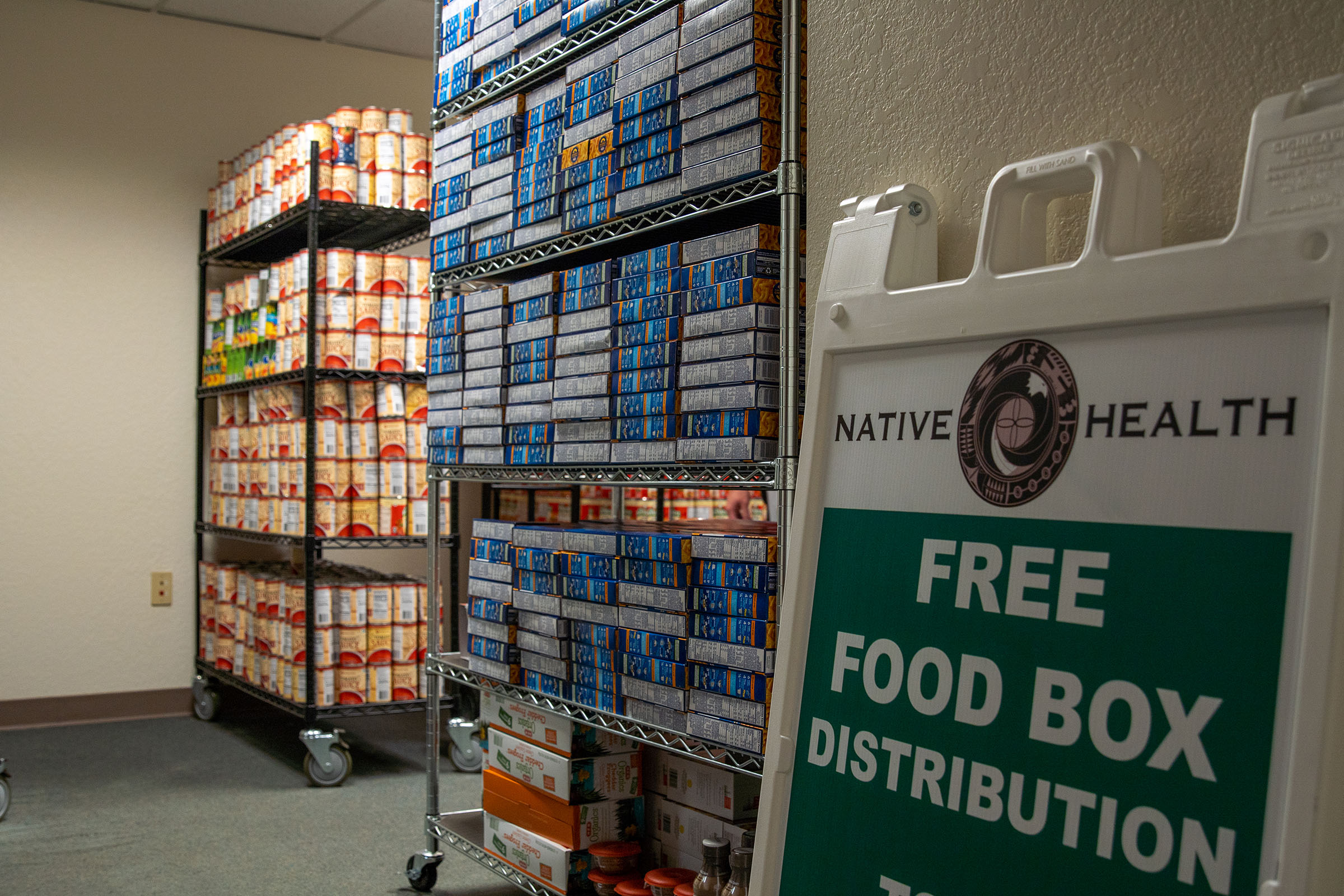