The 74th Anniversary of the Iwo Jima flag raising was celebrated on Saturday, Feb. 23 in Sacaton beginning with a fly-over by three Boeing-Stearman model 75 biplanes to kick off the parade. Thousands of people lined the sides of Casa Blanca Road to watch the many veteran groups throughout the country participate in the Community’s parade that started from Skill Center Road down to the Matthew B. Juan - Ira H. Hayes Veterans Memorial Park.

The parade’s Grand Marshals were WWII Veterans Sophie Yazzie, Women’s Army Air Force Corp. and Adolfo Celaya, U.S. Navy. During the parade, special recognition was given to World War II vets that were in attendance and to Arizona Congressman Ruben Gallego, who served in the United States Marine Corps who was presented with a blanket by Gila River Indian Community Governor Stephen Roe Lewis and Lt. Governor Robert Stone for the support Congressman Gallego has given the Community.

The flag raising started off with two American flags being raised and the National Anthem sung by St. Peter Mission School Choir; then the raising of the POW-MIA, tribal, state, and service flags.

Gov. Lewis was the keynote speaker, who thanked the veterans and those who were in attendance and remembering those that have gone on.

Blessing of the five wreaths was done by Comaduran, the wreathes were then laid in their respective monuments located there in the park: Iwo Jima, Matthew B. Juan, Women Veterans, Purple Heart, and POW-MIA monuments.

One of the visiting veteran groups presented a memento to the family of Ira H. Hayes, which was received by Wayne Allison, who thanked everyone who came out and the Community for recognizing their relative.

Allison revealed his plans for next year, which will mark the 75th Anniversary of the Iwo Jima flag raising and hopes to bring together runners that will embark on a journey to Texas as a tribute to when Ira H. Hayes hitch-hiked to Texas to inform the parents of Harlon Block, who was one of the six-flag raisers, that their son was misidentified in the iconic photograph.

The 75th Iwo Jima Flag raising anniversary is scheduled to be held on Saturday, Feb. 20, 2020 with military parade and flyover in Sacaton with ceremonies to follow. For more information about the event sponsored by American Legion Ira H. Hayes Post No. 84 & Auxiliary Unit No. 84 phone: (520) 562-8484 or email: ihpost84@gila.net website: irahayespost84.org 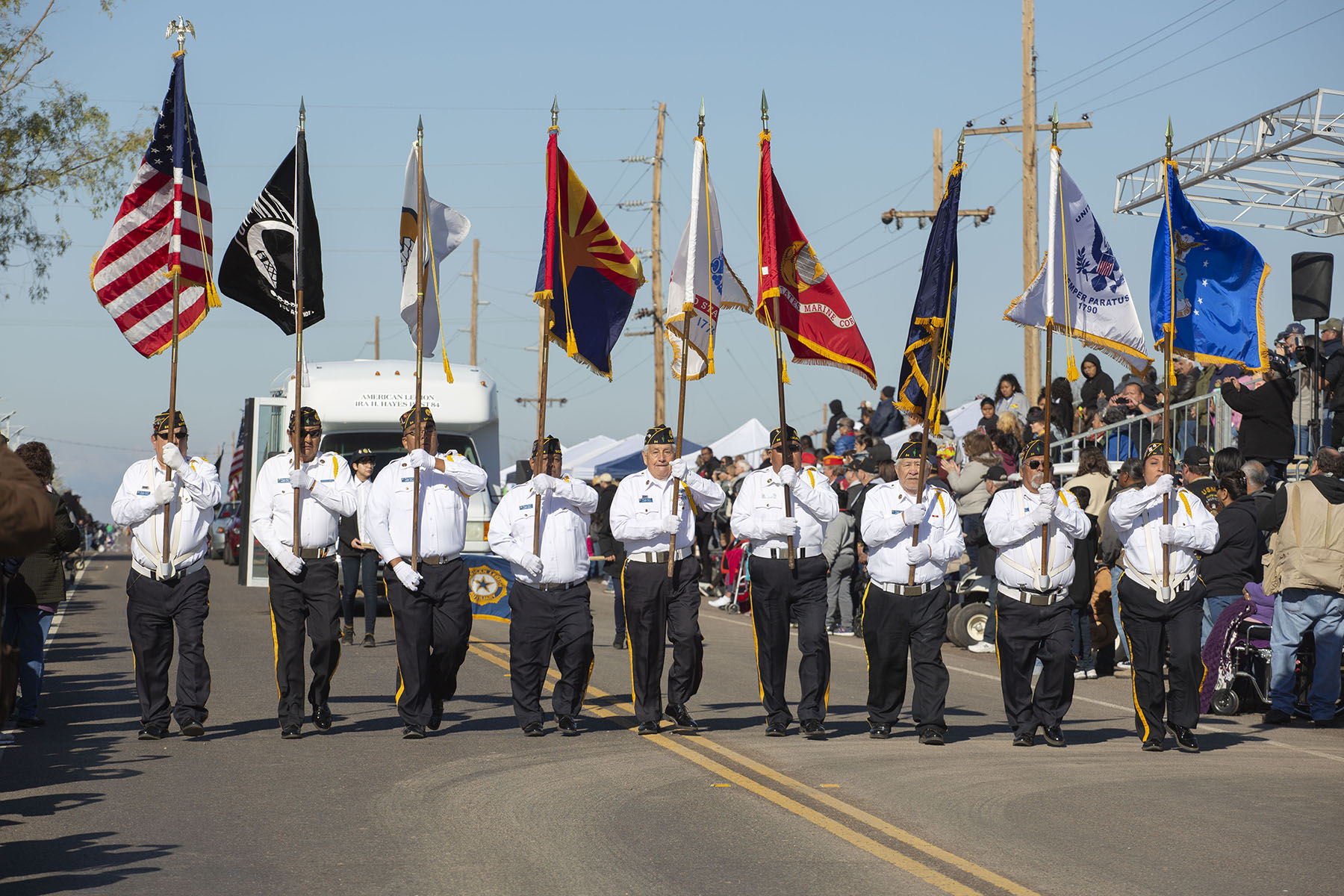 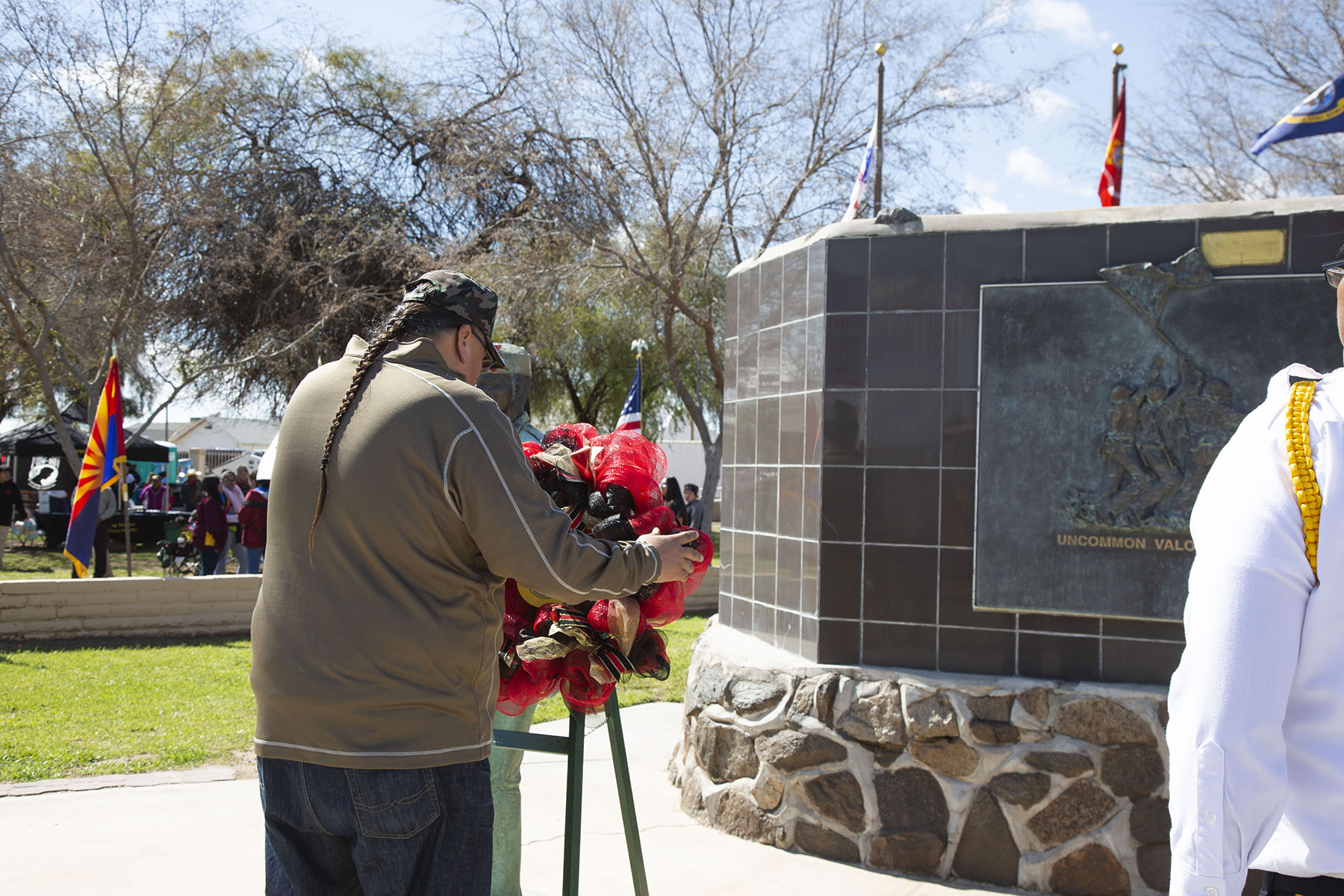 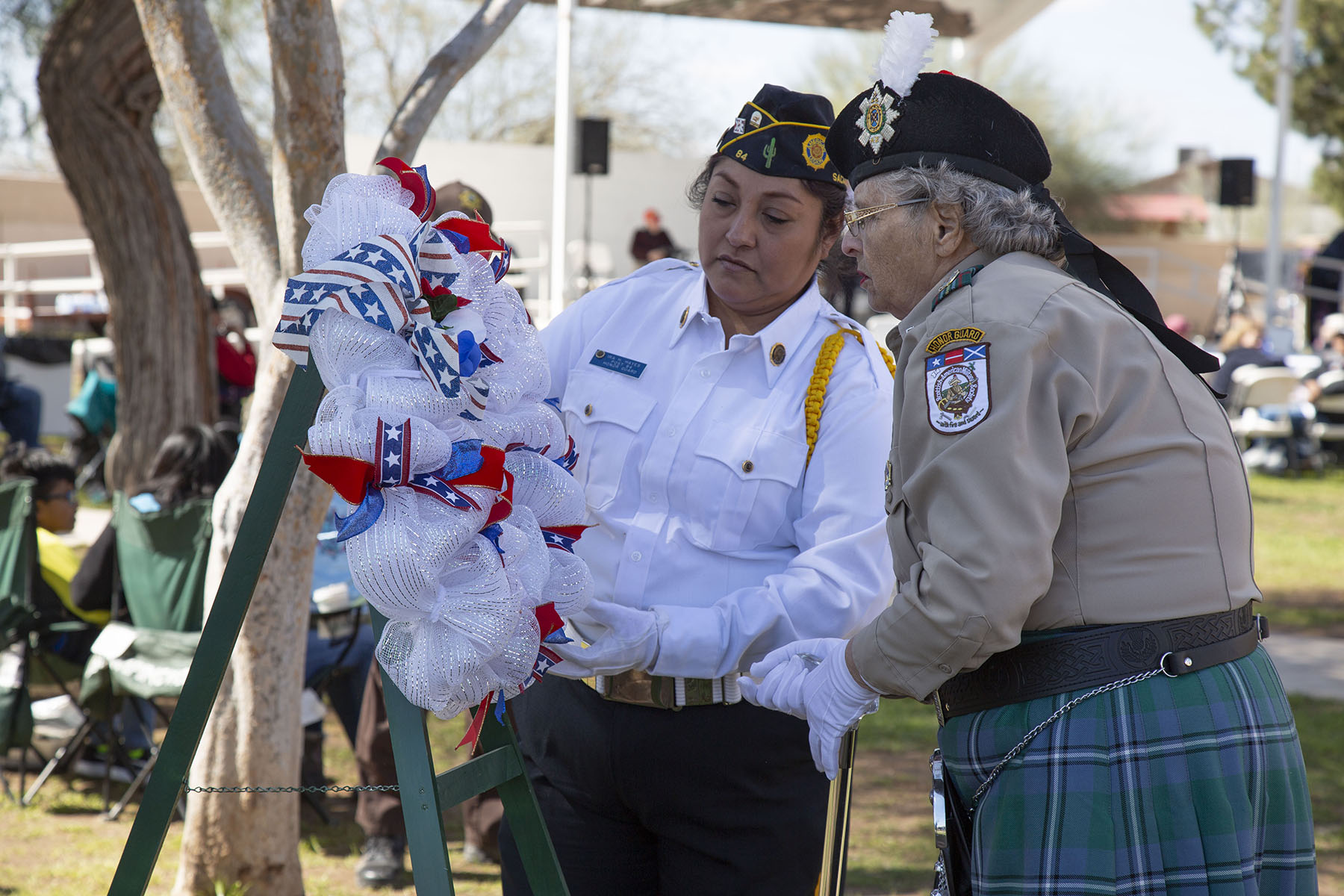 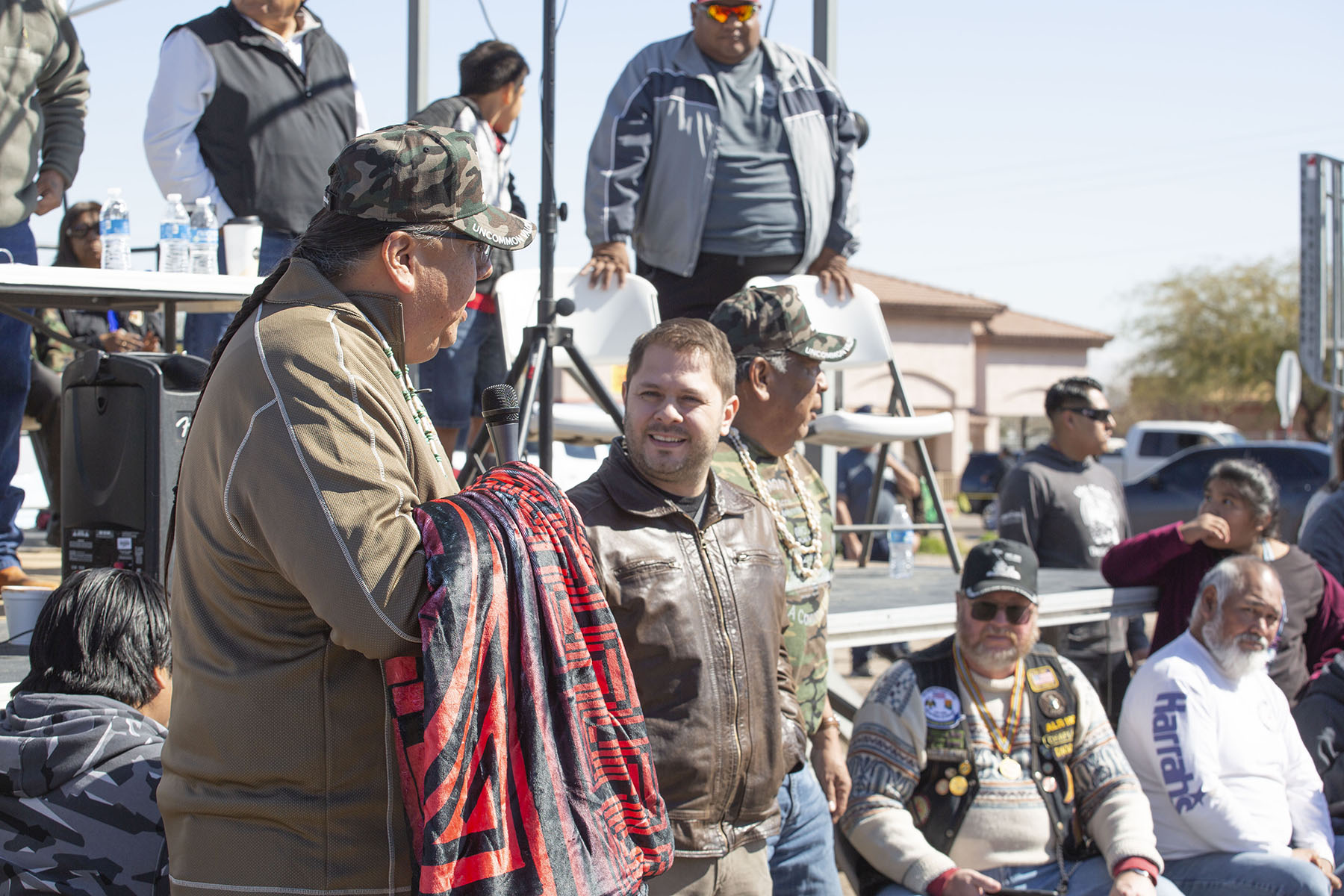 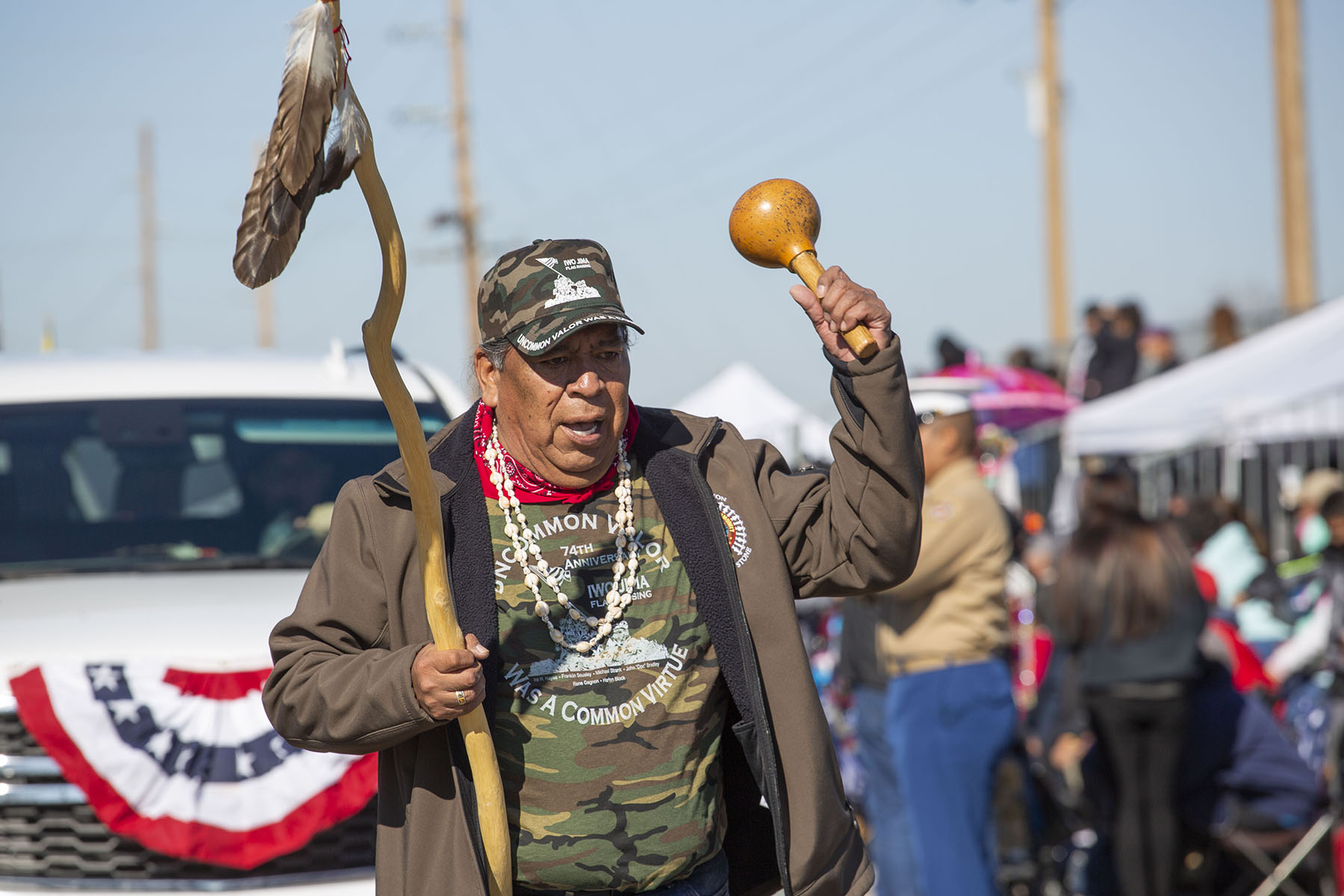 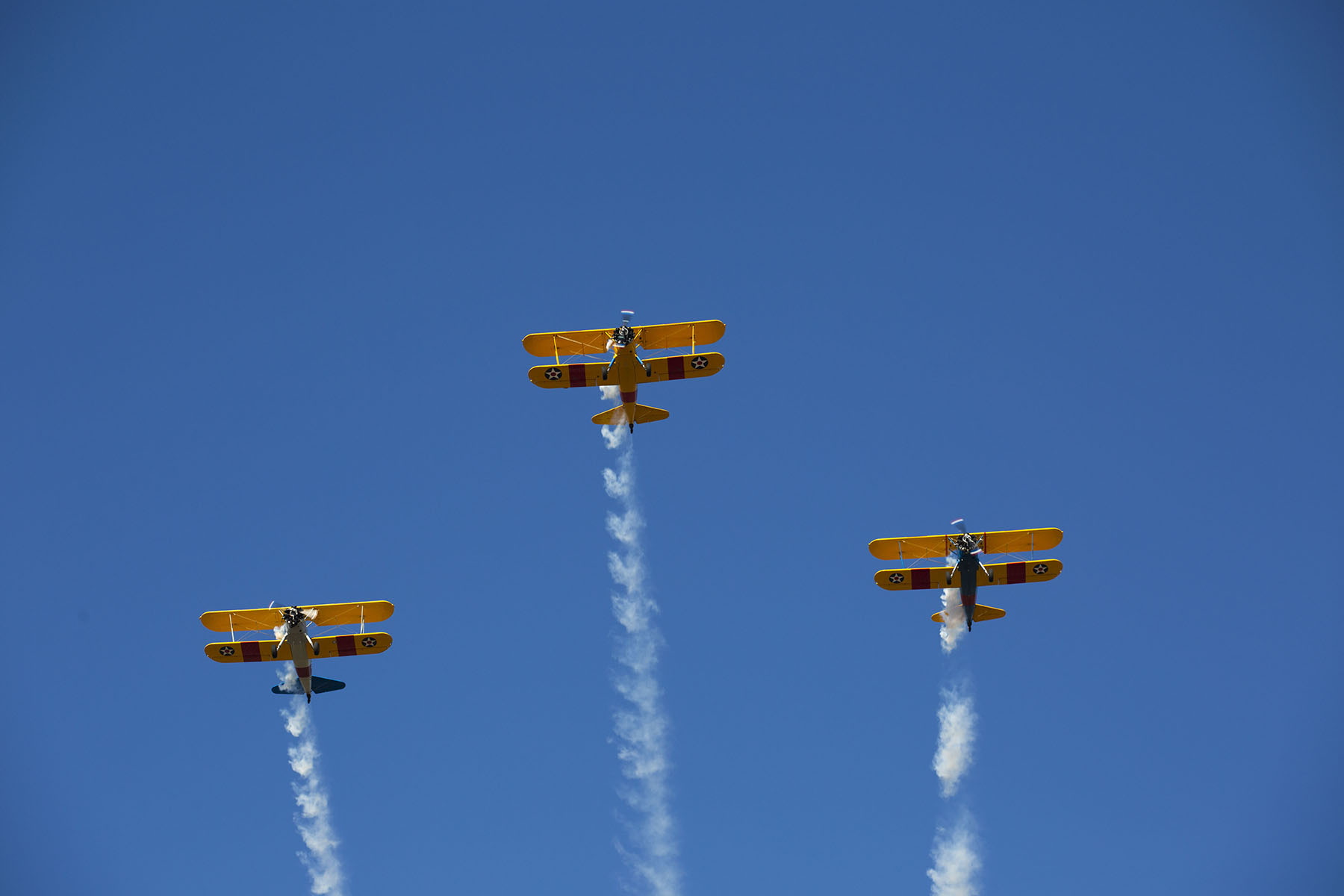 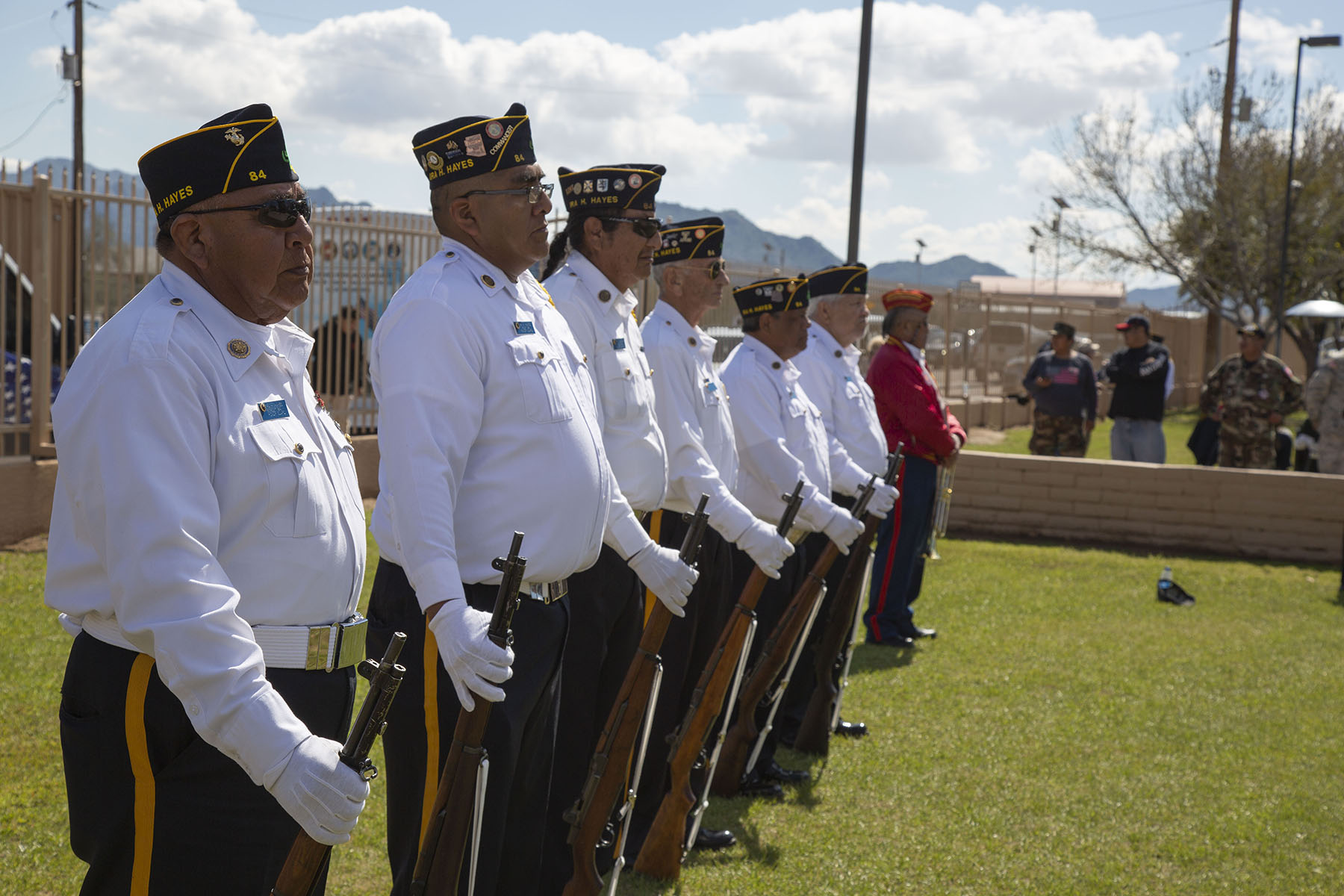 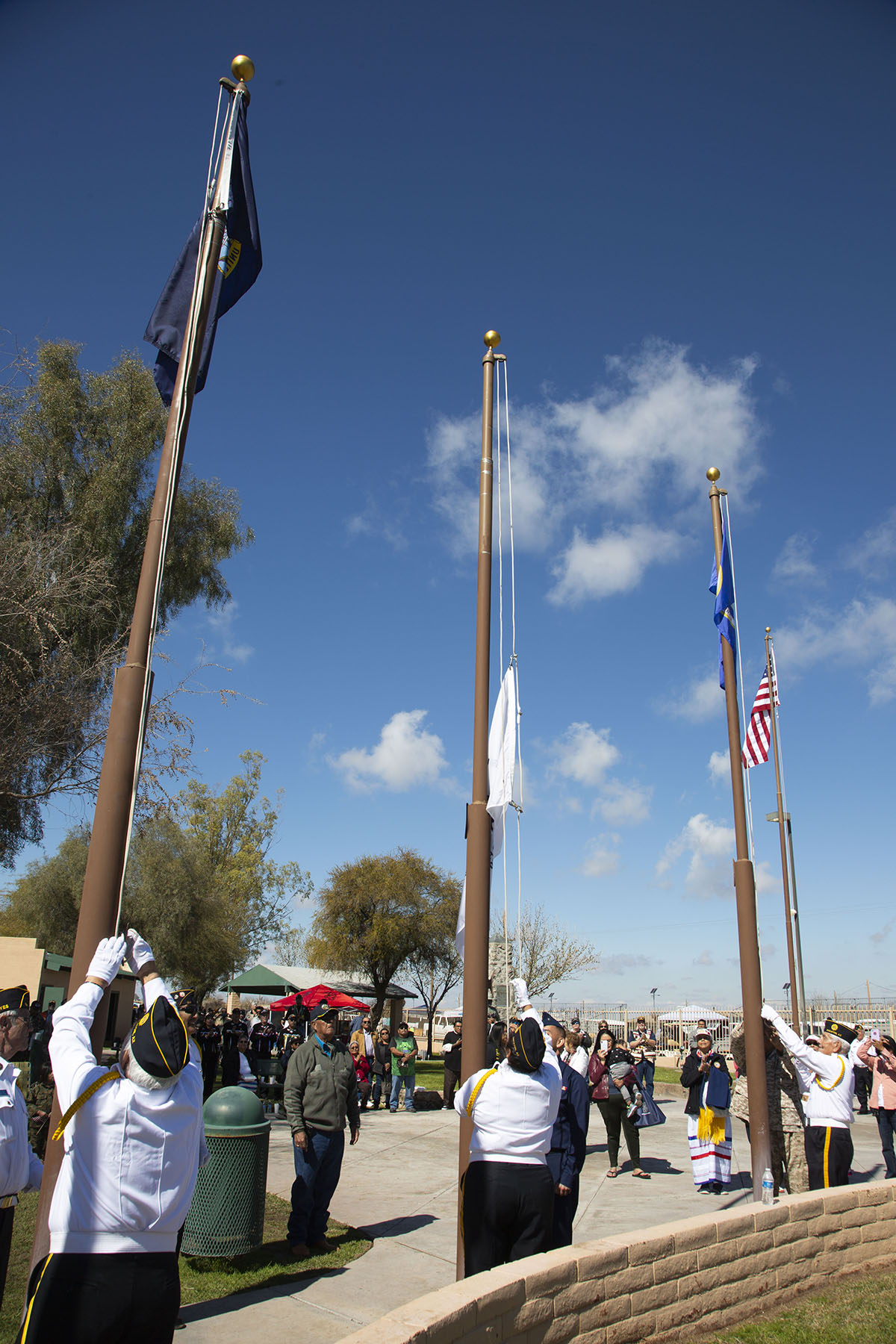