At the Pima Maricopa Irrigation Project offices co-workers and colleagues celebrated the career of Henrietta Lopez on Feb. 27.

David DeJong, PMIP Director, said Lopez was a bridge between PMIP and the Community on canal projects. “Henri helped to tell the story of the work needed to be completed, when projects were underway,” he said, “It’s a pleasure to have worked with you. You have contributed much to your community.”

Gov. Stephen Roe Lewis was present to recognize Lopez’s years of service, “It’s really a legacy that she is leaving behind.” He said Lopez filled a key role in the development of PMIP, by explaining to the Community what the department was about and how it tied them back to their connection with the river.

Before joining PMIP, Lopez was a former Community Council Representative from District 4. After her term ended, Lopez still wanted to be involved with the Community and applied with PMIP as secretary for the public involvement division.

“I just got out of council and I was looking for opportunities with the Community,” said Lopez, “I just wanted to get back to work and so I applied for the secretary position for the public involvement and that’s how I started with PMIP.”

With the encouragement of two colleagues, Robert Sotomayor and Ethan Allen, Lopez applied for to the position of Public Involvement Specialist. Upon moving into the position, Lopez said it was an opportunity, that came with many challenging experiences, but that as a team, everything worked out.

“You work through all of the challenges and I couldn’t have done it without all of [you],” said Lopez. Other initiatives Lopez worked on, was the establishment of the Cultural Resource Standing Committee with Tribal Historic Preservation Officer Barnaby Lewis.

Lopez and Lewis both put together the policies for the Cultural Resources Committee, which reviews and makes decisions on items of cultural significance involving the Community.

Gov. Lewis said Lopez’s retirement was bittersweet, because she is leaving at a historical time when the Community opens the MAR 5 Interpretive Trail.

It is one of the last projects Lopez has worked on, which is symbolic of the Community’s water rights settlement, that also educates the public about the cultural and historical ties to the river and the plants that draw water from the MAR 5 recharge site. 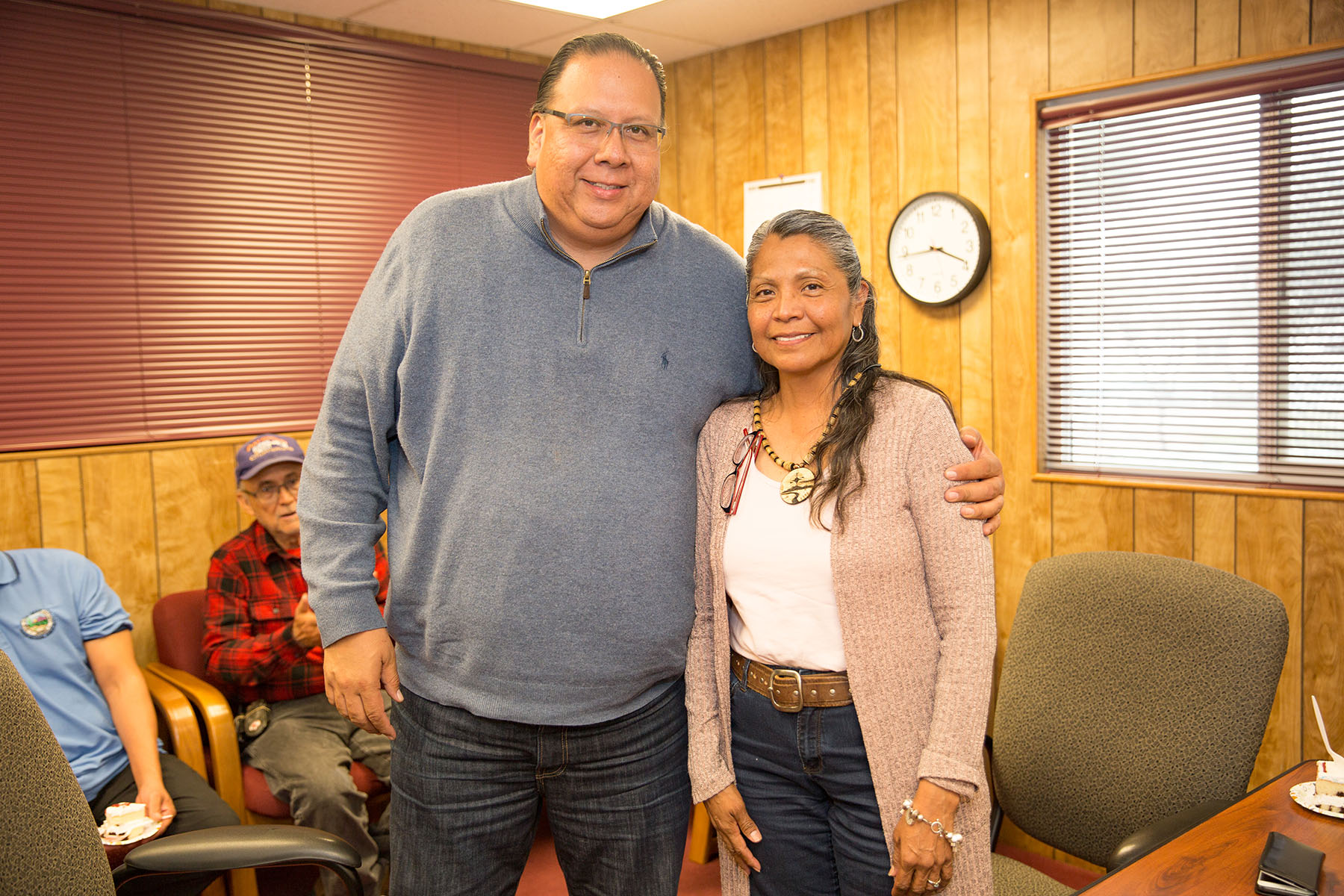