To commemorate the 74th anniversary of the Iwo Jima flag raising, the Ira H. Hayes American Legion Post 84 hosted a banquet held in Sacaton, Friday evening, Feb. 22 at the Boys & Girls Club of the East Valley.

The event started off with a welcome from Post 84 and the posting of colors, then proceeded with an honor song by David Tsosie sung in Navajo.

Delane Enos gave a blessing and the event continued with introductions of Post 84 and special guest recognition of the family of Ira Hayes and grand marshal Adolfo Celaya, survivor of the USS Indianapolis, followed by a dinner served by volunteers from the Casa Grande Union High School Amerind Club.

Guest speaker, Gila River Indian Community Lt. Gov. Robert Stone shared a few words on the importance and honor of the flag raising while sharing stories of his childhood, being reminded of the event and the significance to the Community through United States Marine Ira H. Hayes.  Lt. Gov. Stone also recognized each veteran group that was in attendance. Lt. Gov. Stone shared a traditional song alongside Enos.

Corylee Redhorse and Anthony Joseph Arevalo, U.S. Coast Guard presented a photograph of their Los Angeles/Long Beach base in San Pedro, Calif., to Post 84 as a special thanks for their attendance to the Native American Veterans recognition event that the U.S. Coast Guard LA/LB hosted last year in November.

Gila River Indian Community Gov. Stephen Roe Lewis also shared words on the importance of the event and shared his family’s background in military service. “You can see just how involved the Auxiliaries and Veteran groups that we have here in the Community are.

It’s a year-round, great service for veterans who travel far and wide,” said Gov. Lewis. American Legion Post 84 thanked and honored Gov. Lewis and Lt. Gov. Stone with gifts and Mr. Enos continued with another blessing to conclude the event. 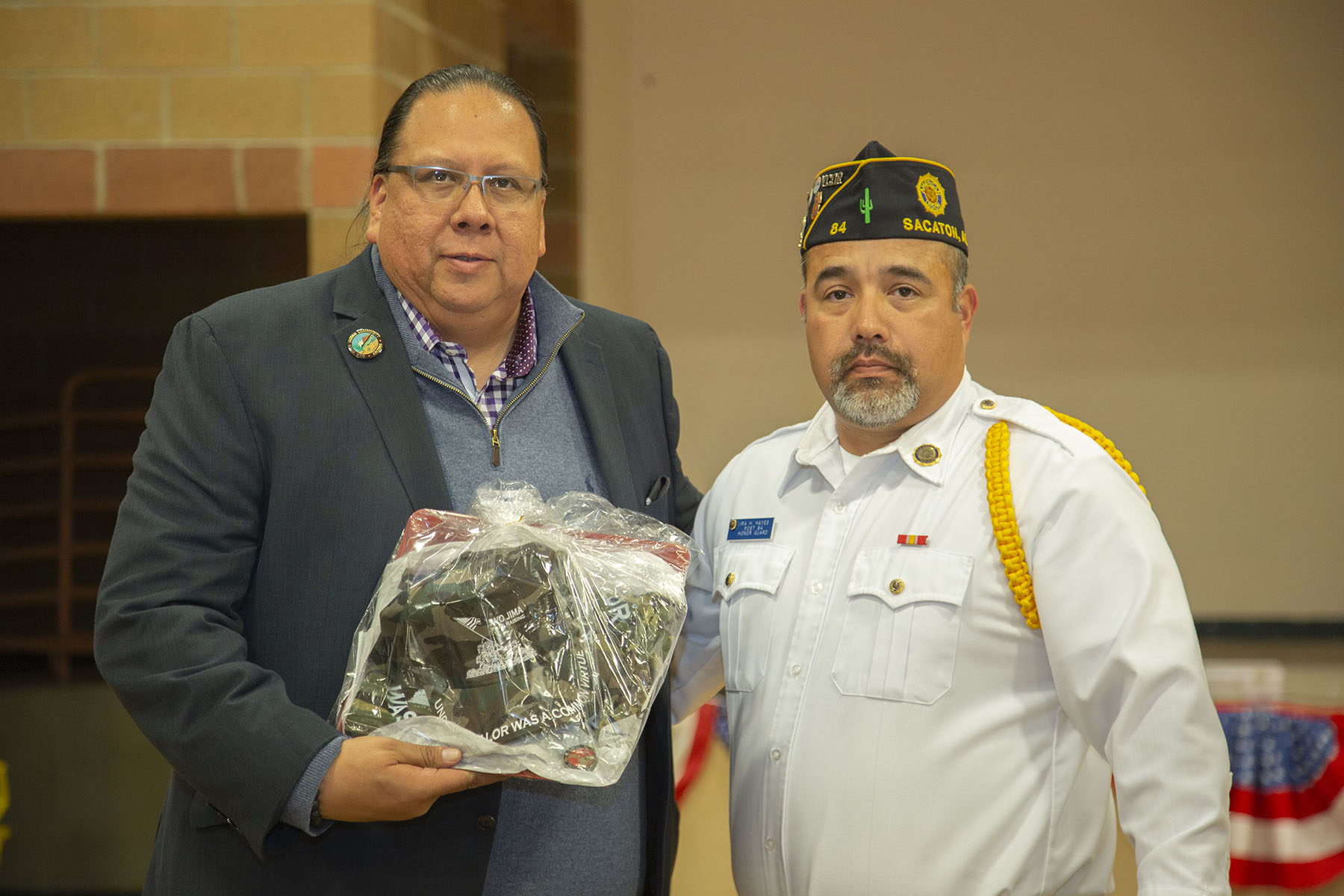 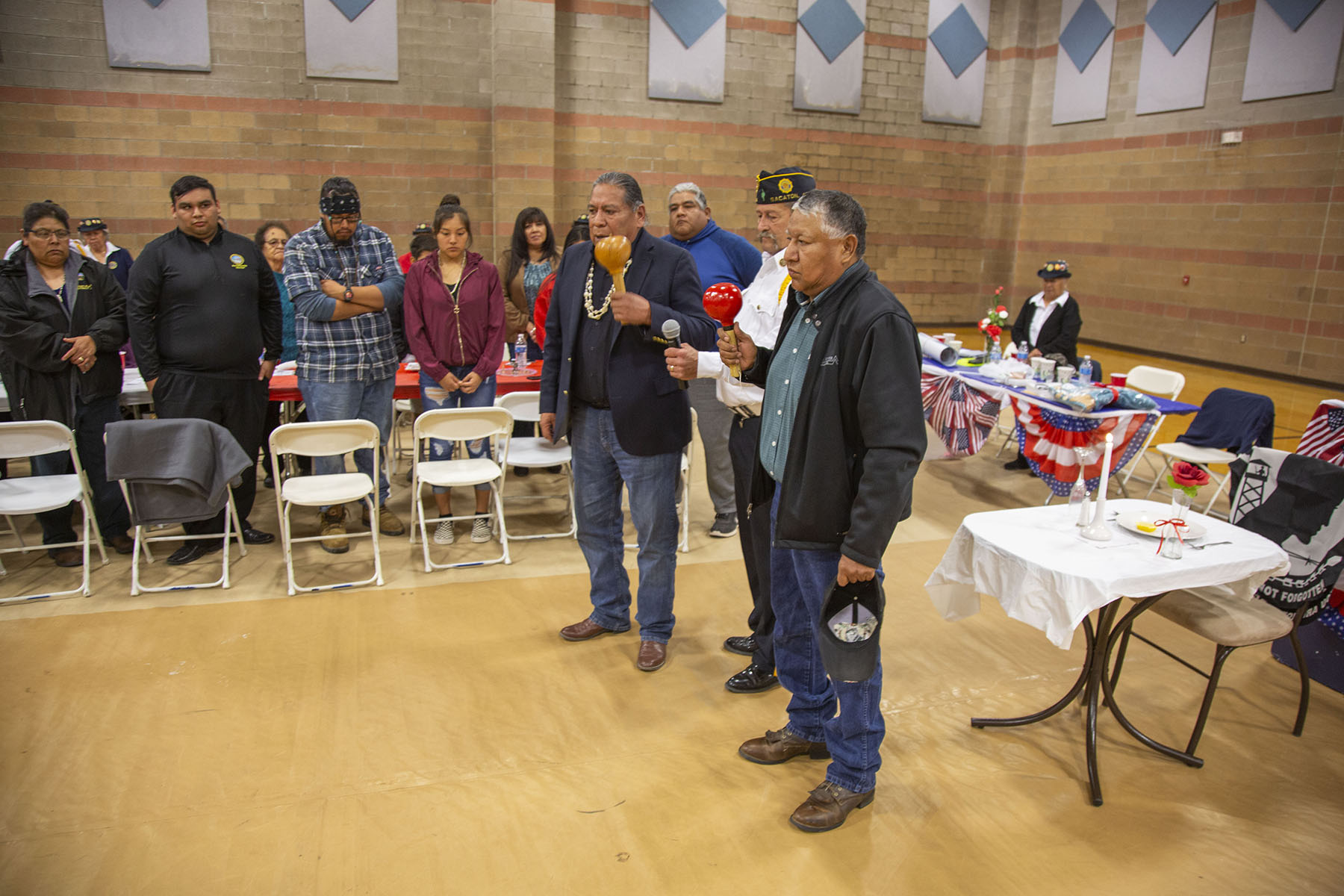 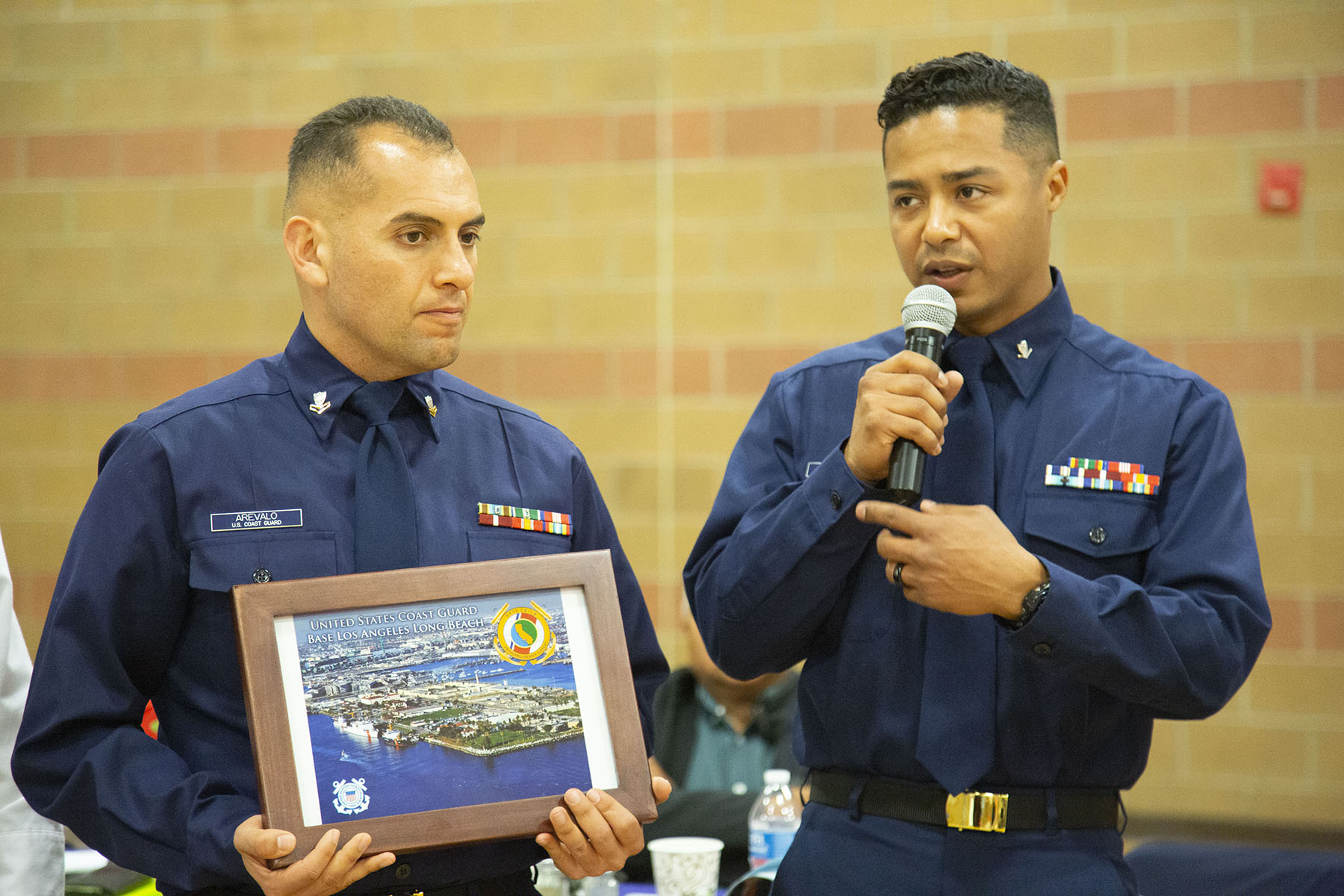