Skyline Boys win the CAA Division I title in Phoenix

The Gila River Skyline Mustangs had a magical season, going undefeated and winning the Canyon Athletic Association (CAA) Championship game, something the team has been working hard for.

The state championship game took place on Monday, Feb. 18 at the Talking Stick Resort Arena in Phoenix. “From my perspective, everything went accordingly as planned; we trained hard for this. We’re glad to bring the banner home,” says one of the players, Martese June.

“I’m extremely proud of these young men, they came, they executed the game plan. The other team was well coached and it was a very competitive game. They showed their heart. They showed their pride and everything and let it all out there on the court and they were victorious,” said Michael Craig, Skyline coach and athletic director.

Craig also recognized Francisco Castro as their MVP and thanking the Community for showing up in support. “We played as a team and we won as a team,” said Craig, also noting that there are a few colleges that are looking at some of the players.

“I was glad that we were able to bring back and share with these young kids because they’re able to see the feeling and understand that they can be in that same position if they try hard. It’s a blessing to know that some of these kids look up to us because that helps us push harder and become better people for our Community,” said June.

Skyline principal Vaughn Flannigan has said that he is impressed with how determined the team was after falling short in last year’s championship. “They proved that if they set their minds to do something, they can do it. That’s what I’m most proud of and the fact that they did it as a team. They stuck together through everything. They all supported each other,” said Flannigan, “They earned that trophy and banner.” 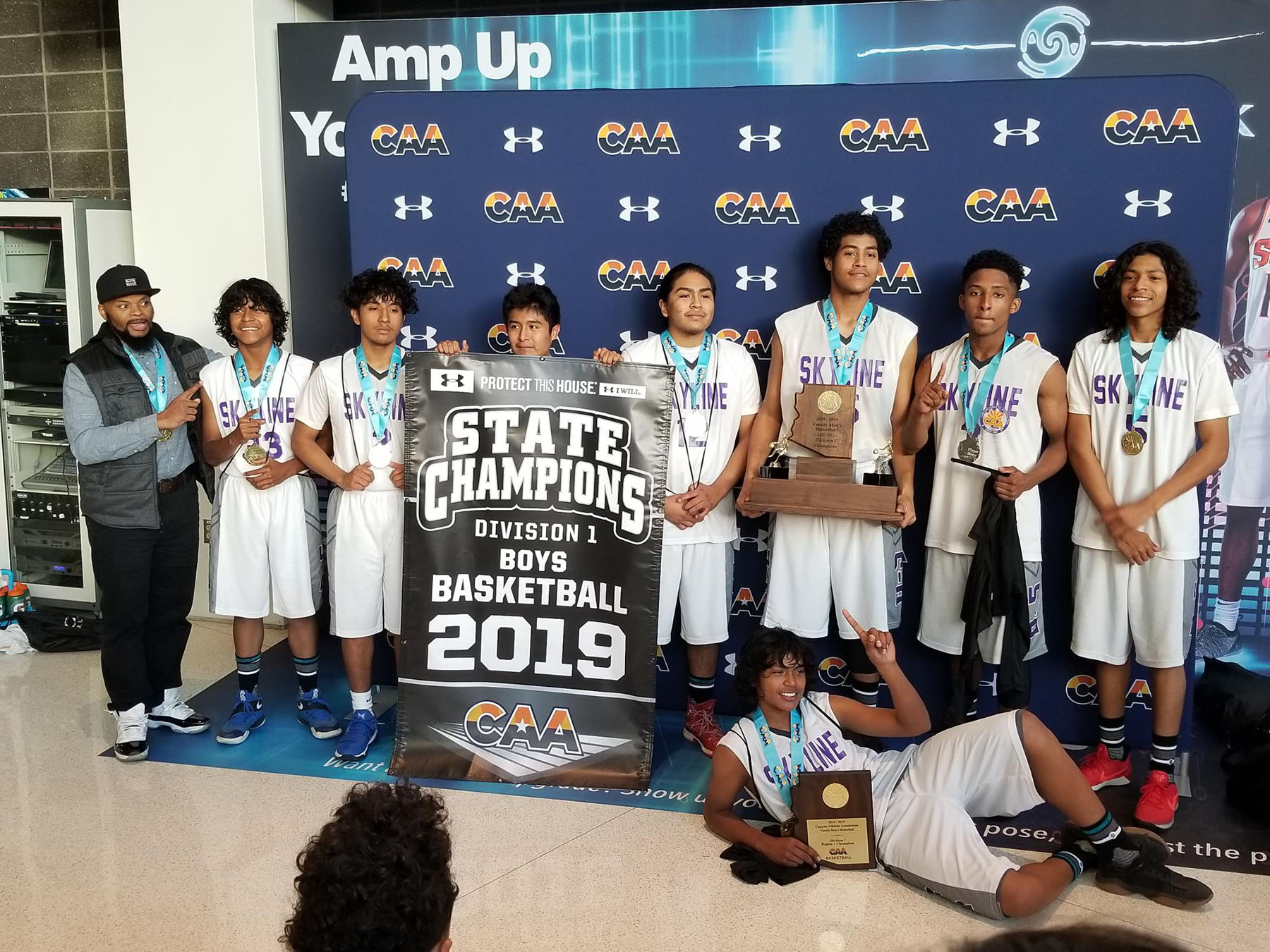