The Department of Environmental Quality’s Wildlife and Ecosystems Management Program continues to rejuvenate the landscape of the Community with cottonwood and willow while removing invasive plant species that compete with native species for resources such as water.

“We have gathered poles from the Salt River Pima-Maricopa Indian Community and local areas within the Community,” said Robert Lamoureux, Department of Environmental Quality Habitat Biologist.

DEQ has removed invasive salt cedar and other non-native plants in area where cottonwood and willow are planted. Across the Community, invasive species such as Sahara Mustard, London Rocket, Cheese Weed and Bufflegrass, are targeted for removal by DEQ.  Their presence is widespread across Arizona and are often found along roadsides and fields; when they are found around homes, their presence becomes more of an issue.

Dense areas of invasive species that have grown with the winter rains are now drying, and the dried weeds can create a fire risk. DEQ encourages homeowners to clear dried weeds from at least 100 feet around their homes.

In the Community, hundreds of cottonwood and willow have been planted at the Pee Posh Wetlands and Ñui Kosh; planting will continue for the foreseeable future. Cottonwood poles also will be planted at the Huhugam Heritage Center, bringing a sense of the Gila River to the Community’s cultural center.

“We make sure that they are spatially arranged, so that they can mix and inter-breed and promote genetic diversity,” said Lamoureaux.

Lamoureux said his program is always working to increase the tree population, whether it is Freemont cottonwood or Gooding’s willow. Lamoureux plans on growing additional species in a seed propagation study, and conducting a greenhouse experiment.

The study will help them understand which seed and soil combinations work best together, helping develop a native seed mix that will have a good chance at growing in the Community’s salty and alkaline soils.

When optimal seed/soil combinations are identified, DEQ will re-vegetate areas where invasive plant species were once dominant. This will restore a landscape that looks more native in the Community.

Other areas the Fuels & Restoration Crew will be working in include the Base Meridian Wildlife area, west of District 7. The project will be a collaboration between the Community and Arizona Game & Fish Department to remove invasive plant species along the banks of the river near the confluence of the Gila and Salt Rivers.

In addition, the crew will remove salt cedar and create fire breaks on the Community side of the Salt River to prevent the spread of wild fires and the destruction of habitat.

Other areas of the Community where fire breaks are being created includes the Santa Cruz area in District 6, where 70 acres of salt cedar have been removed in the past year. 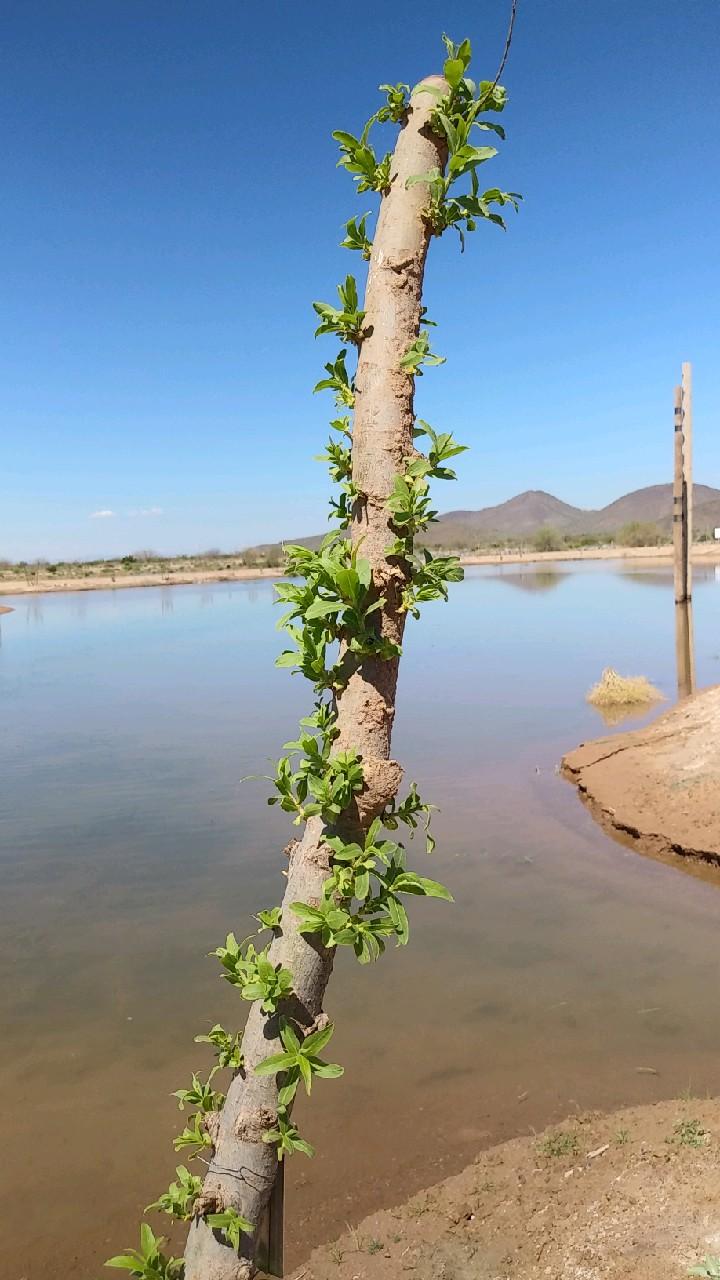