The Gila River Indian Community and The Girl Scouts–Arizona Cactus-Pine Council, partnered together to honor the late Mary V. Thomas, with a cabin and mural that portrayed the life of Thomas. The project began back in the fall of last year. The family of Thomas, the Community and the Girl Scouts–Arizona Cactus-Pine Council had several meetings to discuss and design the development of the cabin.

Mary V. Thomas served two terms as Governor for the Gila River Indian Community, from 1994 to 1999. Being the first and only woman to hold office as Governor to date. Prior to being Governor, Thomas severed as Lieutenant Governor and Council Representative for District 3.

During her administration, Thomas was a strong advocate on important issues for the Community in gaming, water rights, and was involved in starting the Education Assistance Program, forming the scholarship program for higher education, building a new jail, courthouse and dialysis center for the Community.

The circular mural is divided into sections to chart the life and legacy of Thomas, who graduated from St. John’s Mission as the Valedictorian and local basketball star, bus driver in her community, postmaster, and having served the Community as District 3 Tribal Councilwoman, Lt. Governor and Governor. All represented in the mural painted by a local artist, Paige Poppe from Scottsdale who has created many murals at the camp where she attended when she was younger.

“This has definitely been a very special one, I think it might be the only one where there’s been such a personal connection and opportunity to meet someone’s family and Community,” said Poppe about the mural at an event held on April 25 to reveal the cabin to family and friends.

The event began with opening remarks by Gov. Stephen Roe Lewis, who thanked all those who made this possible. Delane Enos, provided a blessing. June Shorthair, Director of Communications & Public Affairs Office (GRIC), served as MC for the event.

“It’s been a prayer that we have held for a few years to have the honor of naming this cabin, the number one cabin, after Governor Thomas.” Said Tamara Woodbury, CEO of the Girl Scouts Arizona Cactus-Pine Council who first met Thomas over 20 years ago when Woodbury first moved to Arizona.

“It is really a great honor and privilege that you have allowed us to name this cabin after Mary, and to give girls the opportunity to learn her story and learn about her legacy.”

Also among the speakers were Councilwoman and former Lt. Governor Monica Antone, who worked for Thomas for many years and highlighted Thomas’ successful political work for the Gila River Indian Community, and the impact that it’s had on Antone and many others as well.

“I was very much impressed,” said Community Member Urban Giff, on the dedication of the cabin to Thomas. Giff also spoke at the event “She was very humble. Always looking for other to be praised.”

It was such an honor. I loved the mural,” said Edith Pohl, Thomas’ sister. Many family and friends all shared their cherished memories of Thomas.  Afterwards, attendees were treated to lunch and given the chance to tour the cabin. 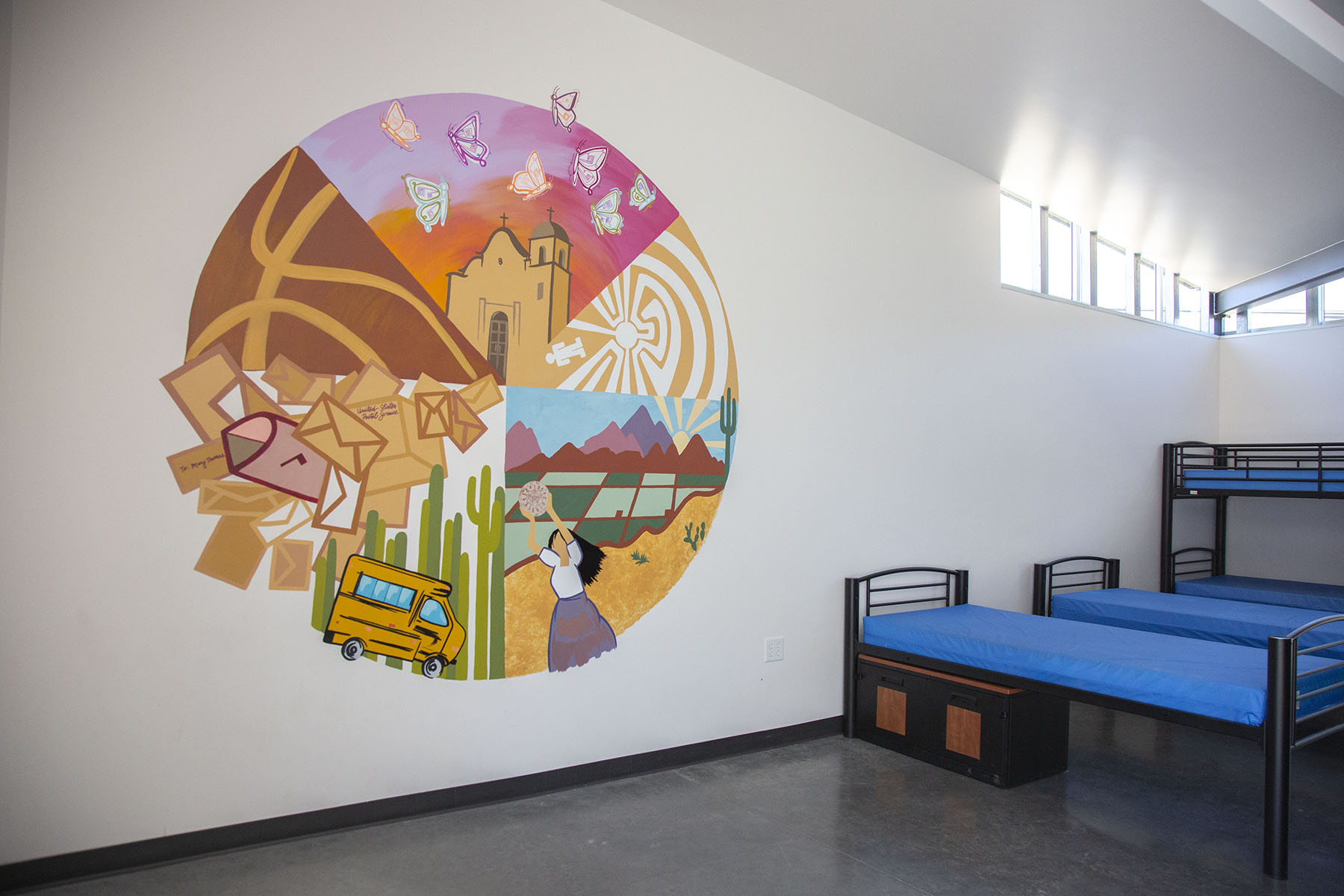 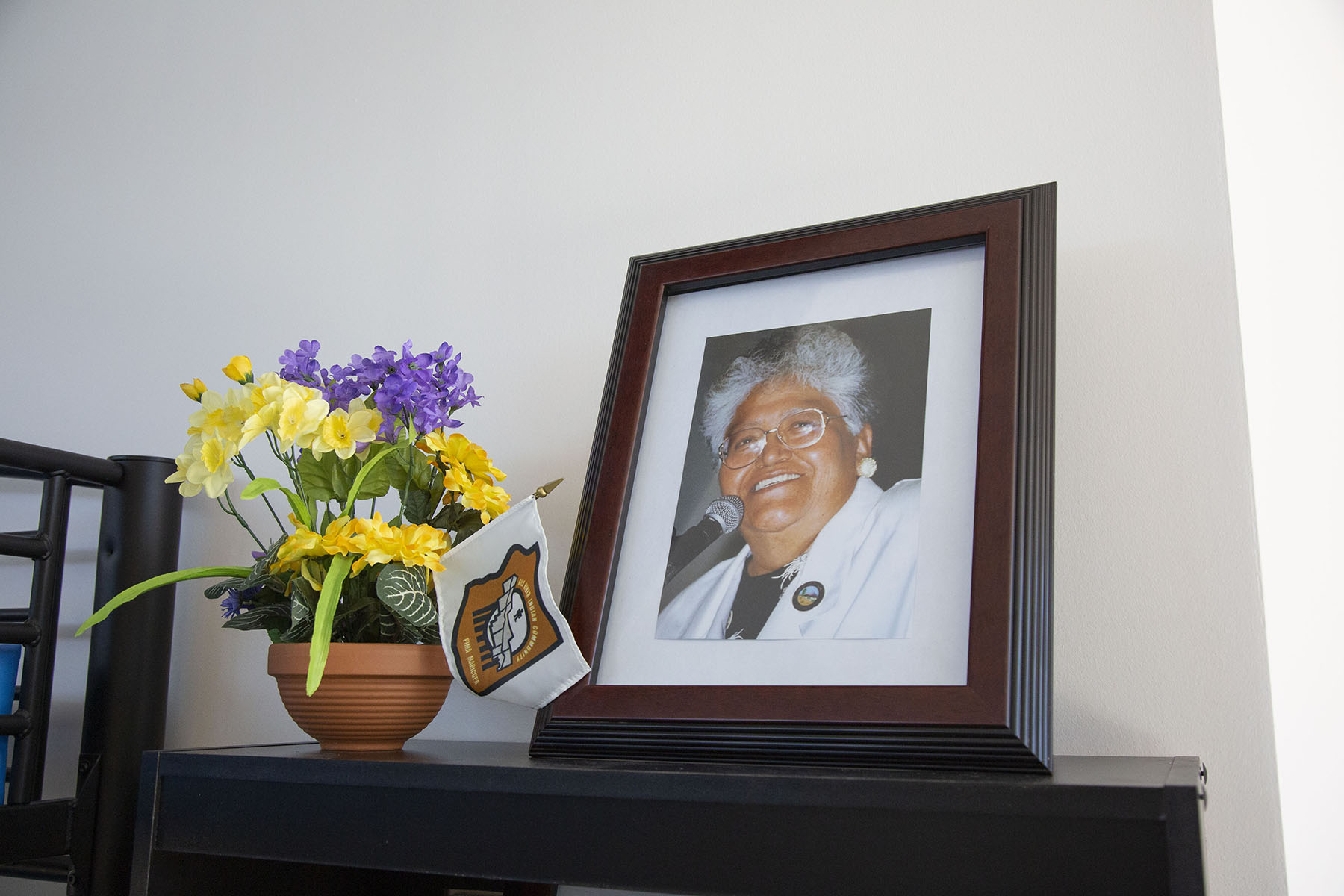