That's a wrap! The Native Nations play, which performed two shows, over two days, invited audiences from all over to Indian Steele Park in Phoenix, on April 27-28.

“Native Nation,” is based on the experiences of Indigenous people from all walks of life. The play is written by Larissa FastHorse (Lakota), and was directed by Michael Garces, Cornerstone Theater Company Artistic Director.

It is a collaboration between Arizona State University Gammage and Los Angeles based Cornerstone Theater. The partnership, brought together American Indians from the greater Phoenix area to try their hand at acting, while also exploring identity and place in today’s society.

In Cornerstone’s previous productions, several of the actors did not have any theater experience. FastHorse and Garces, said that it adds to the sense of community, when a play is based on real experiences and perspectives found in Native people.

At the heart of the play, was a fictional competition between three individuals, all vying for the “Ultimate Indian” pageant. The skit, tested three individuals on their knowledge of Native culture, but with one catch, one contestant was non-native.

The underlying theme of the story was about cultural identity and how Native people struggle to remain culturally grounded.

During the early process of writing the plays, other themes incorporated into the production were related to child custody, cultural knowledge, enrollment blood quantum and a myriad of issues Native people face in contemporary times.

Intertwined into the play, are stories of food sovereignty, missing and murdered Indigenous woman and other issues Native people face at home. The idea of introducing these scenarios, is to bring to light the complicated journey Native people travel to find solutions to life changing events, such as the treatment of a child being taken away from a family or veterans finding peace at home.

Claude Jackson, a Community member played the role of Henry, a moderator for the play, He spoke about the important of language in Native society. “Many natives consider language sacred, because it comes from within a person’s soul, that is made manifest with the breath of life, oxygen.”

Another character, Molly, who played by Ceyshe Napa (Dine), chimed in about the importance of parenthood within in Native culture. “I always believe the most important thing we can teach our Native children is to be themselves,” said Molly.

“Henry helped remind us we are standing on Indian land, Native land, and not just because this is a reservation or special place reserved for Natives… [You] might even call it a Native Nation, because you never leave our land, no matter where you go,” said Molly.

The event also featured local artists, who showcased their paintings, jewelry and crafts, as the play went on throughout the evening. 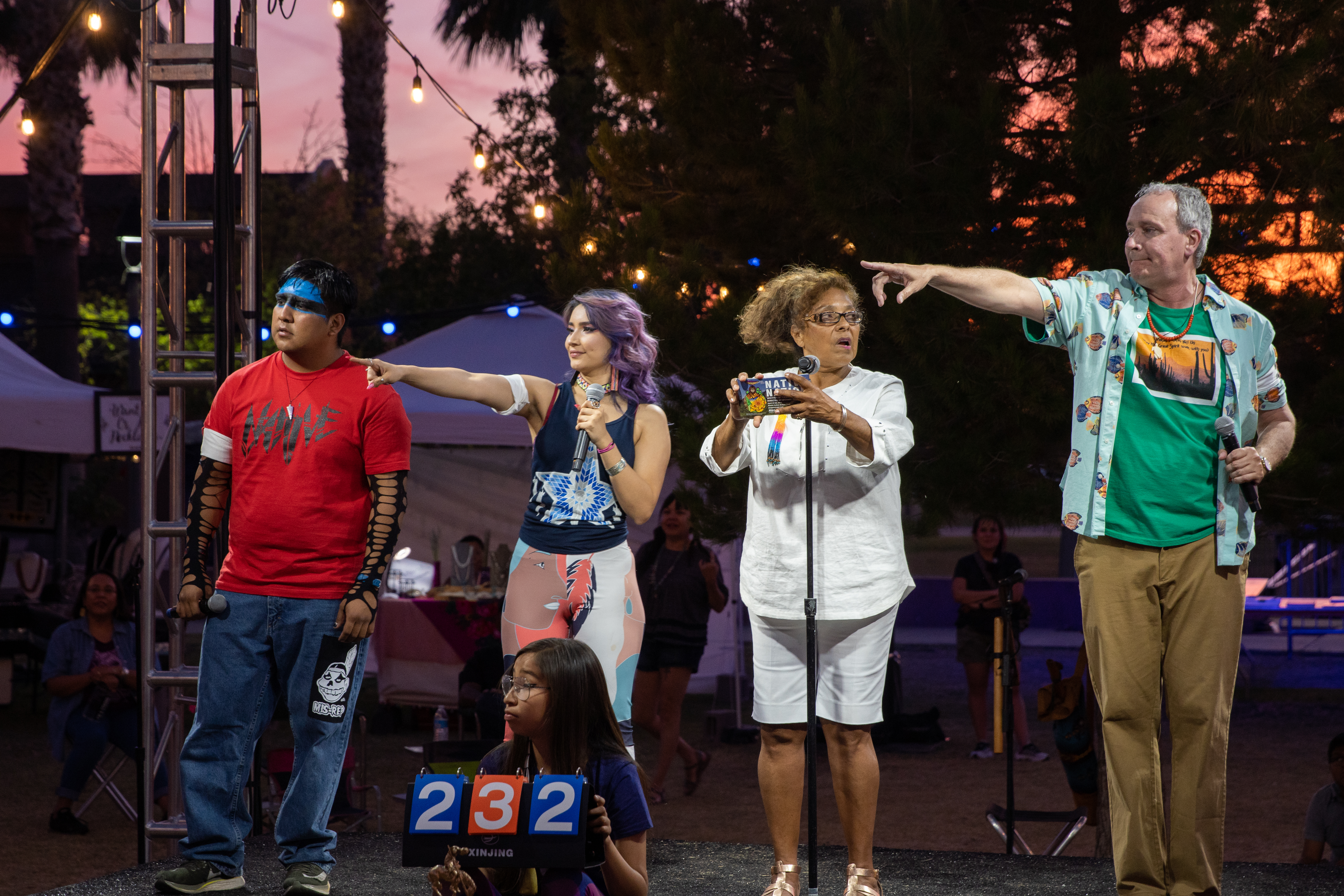 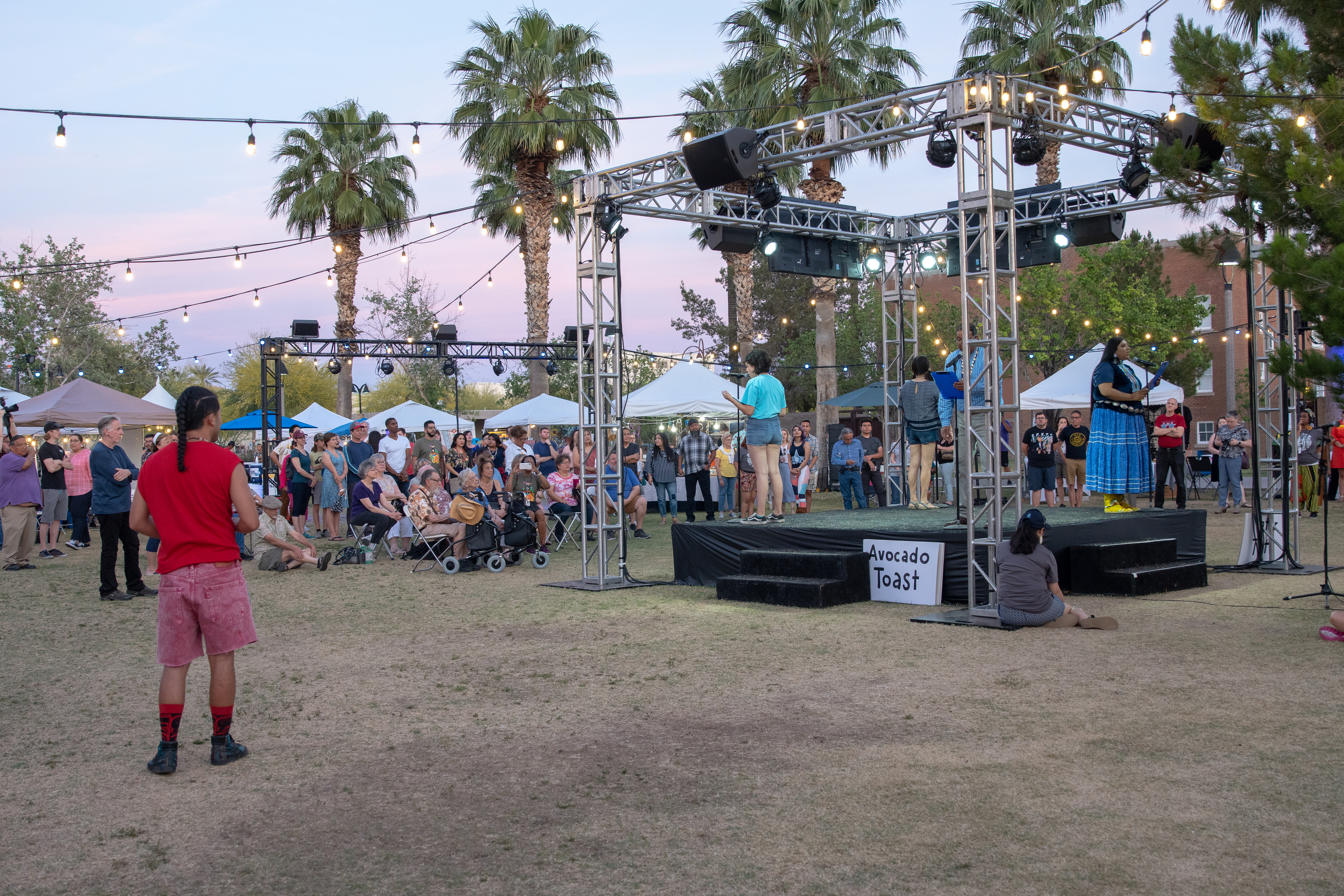