CAP moves forward with Drought Contingency Plan at board meeting

The state of Arizona’s plan to address drought conditions is closer to becoming a reality. Central Arizona Project, the state’s largest water management and delivery provider, hosted a board meeting on the future of water levels in the lower basin, on May 2.

At the meeting, board members Karen Cesare and Jennifer Brown voted to authorize President Lisa Atkins to sign agreements outlined in the DCP.

Gov. Stephen Roe Lewis, thanked the board for making the motion to sign the DCP agreements.

“I’m here today, to express the Community’s support for both a framework agreement and Non-Indian Agricultural litigation agreement as well,” said Gov. Lewis.

The agreement establishes the mitigation of reductions to CAP NIA priority water under the drought contingency plan.

“[This] package of agreements, represents the final milestone of our long journey together, the DCP,” said Gov. Lewis.

Lewis lauded the board’s actions in moving to approve the framework agreement, stating that it is an historical agreement, that can be attributed to the state’s willingness to work together.

Mark Lewis, CAP Board Member, said “I appreciate your time and showing up to our board meetings and our events and your general counsel who put [this] together.” He shared the same sentiments about the agreement and how it is a key part of setting the stage for everyone included in the DCP. 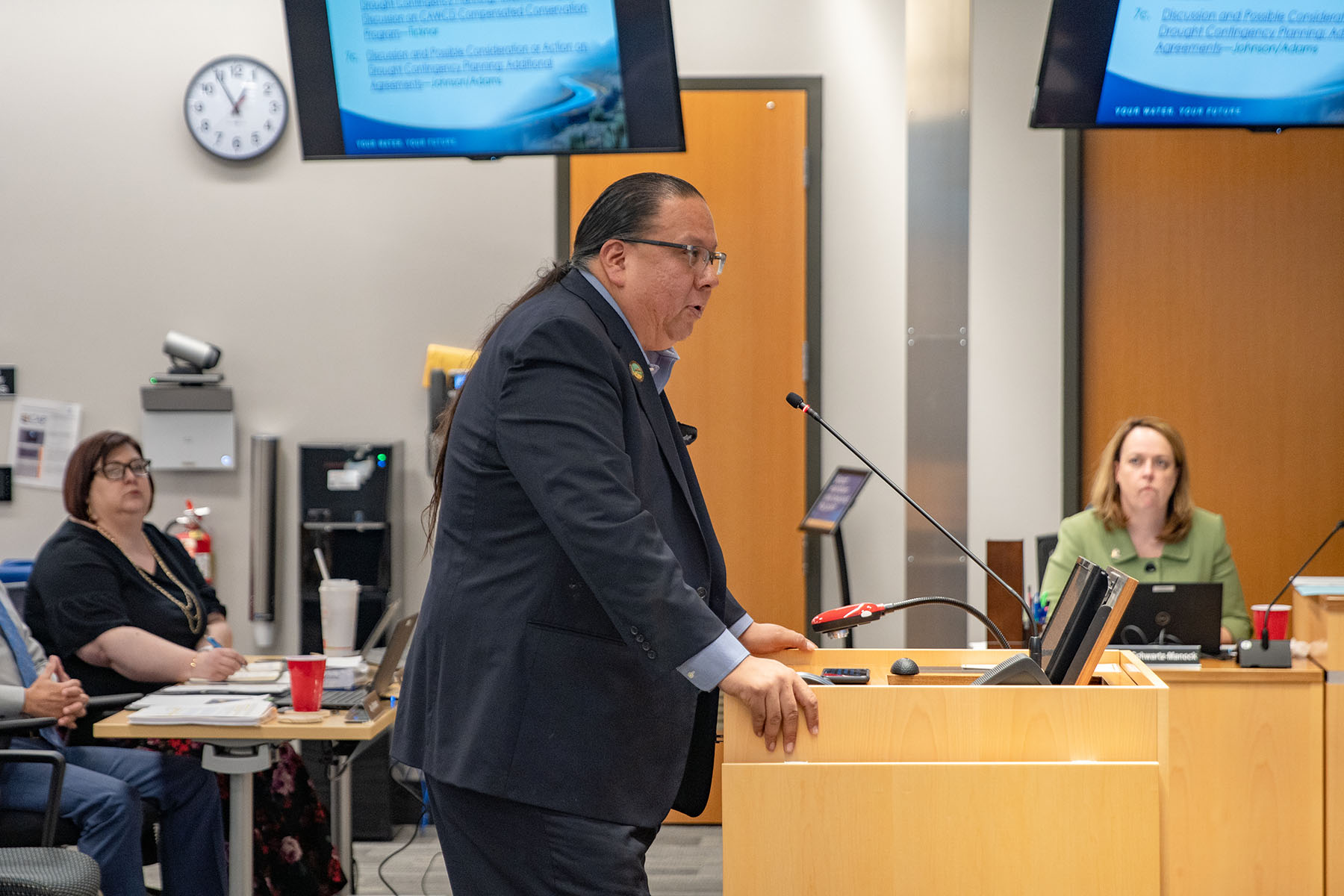