The restaurant rolled out with a bang on May 3 with Lopez and Zislis in attendance for the grand opening events and to christen their second restaurant together. The first Chingon Kitchen opened at San Manuel Casino in Highland Park, Calif., in 2018.

Zislis is the owner of the Zislis Group, which owns 40 hotels and restaurants including the Rock & Brews restaurants in which he is partnered with Gene Simmons and Paul Stanley from KISS.

At the restaurant, patrons will have their choice of a variety of made-from-scratch authentic Mexican cuisine including a fresh batch of tortillas made everyday.

“Chingon is a place where it’s not fast food, but you can get in and get some good food, sit down and be back out playing not an hour later,” said Lopez.

Lopez is proud of the menu and said it reminded him of what he ate as a boy. “It’s not a complicated menu, but it’s stuff my grandmother made,” he said.

Lopez is already a familiar face in Phoenix. The comedian said he’s been performing in the Valley for over 30 years. Don’t be surprised if you see him visiting Chingon Kitchen on a regular basis.

“Whenever they need me to come by, I’ll come by,” said Lopez.

Zislis said Lopez has the ability to make everyone “feel at home,” and judging by his presence at his other restaurant, he will be a familiar face at Vee Quiva. Lopez has already been to his San Manuel location, “14 times in two years,” according to Zislis.

The timeline for the opening included a VIP event Thursday, May 2, with music, food and entertainment, which was followed by a pre-opening the next morning prior to the ribbon cutting, which showcased samples of Chingon Kitchen’s churros, taquitos, burritos, and tacos. In the morning, Lopez taped several interviews with local news stations to promote the restaurant.

“The food’s going to be good from the first day,” said Lopez.

“It was such a breath of fresh air to work with this team,” said Zislis.

“I think this is going to be a great addition to Vee Quiva,” said Gov. Lewis.

Lt. Gov. Robert Stone called the food, “excellent,” and was impressed by Lopez and his team. “He’s a really nice guy, it’s really good to have that kind of partnership,” said Lt. Gov. Stone.

As involved as Lopez is in his restaurant ventures, don’t expect him to take any time off away from the stage.

A third Chingon Kitchen is in development in Torrance, Calif. 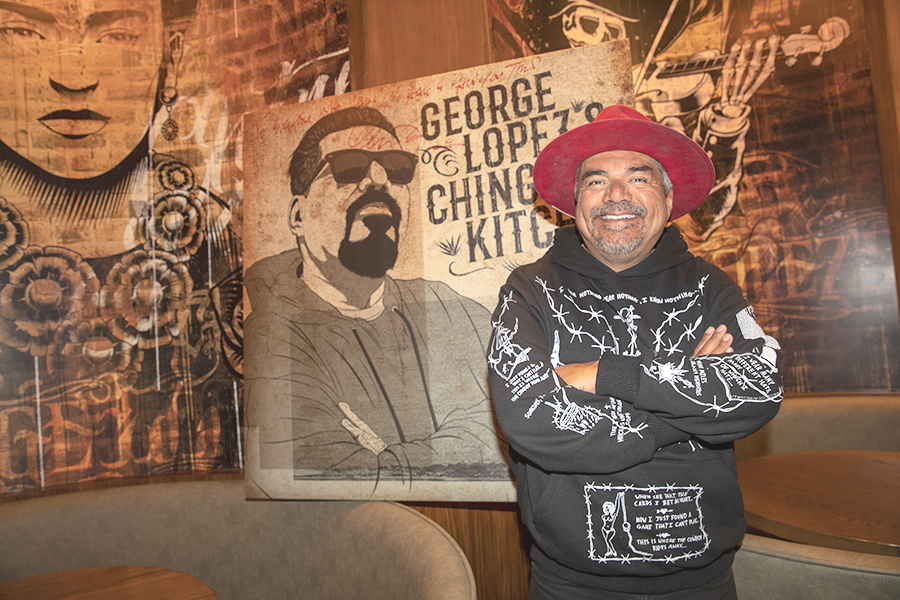 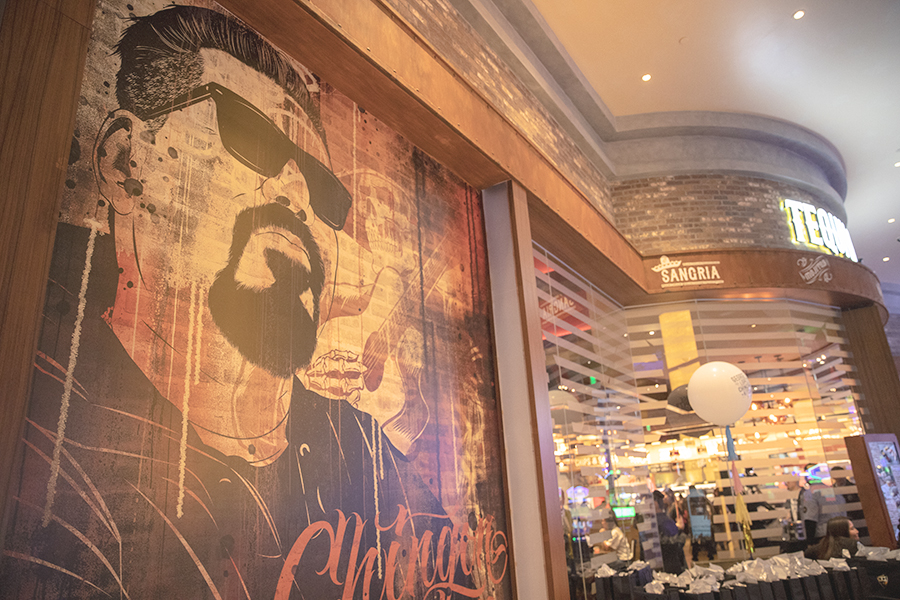 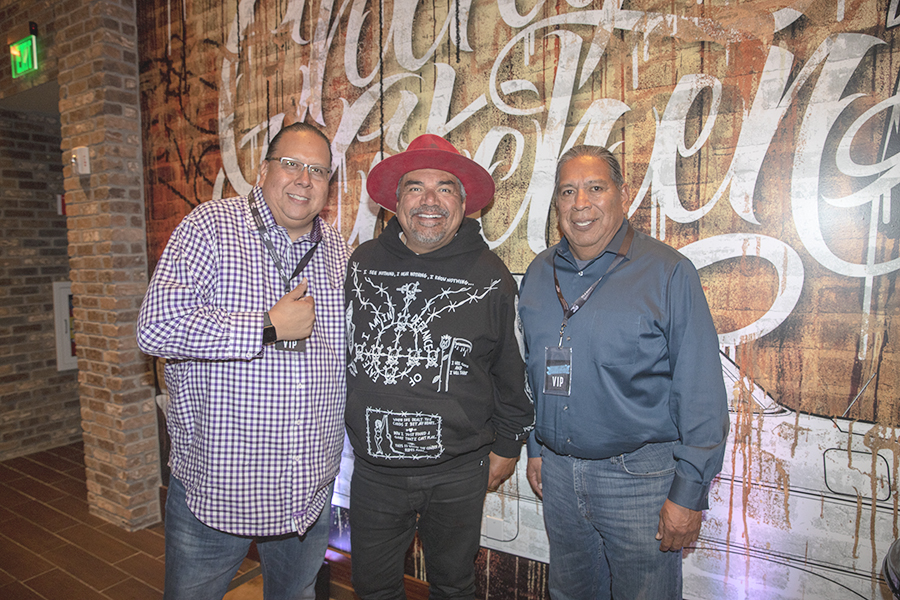 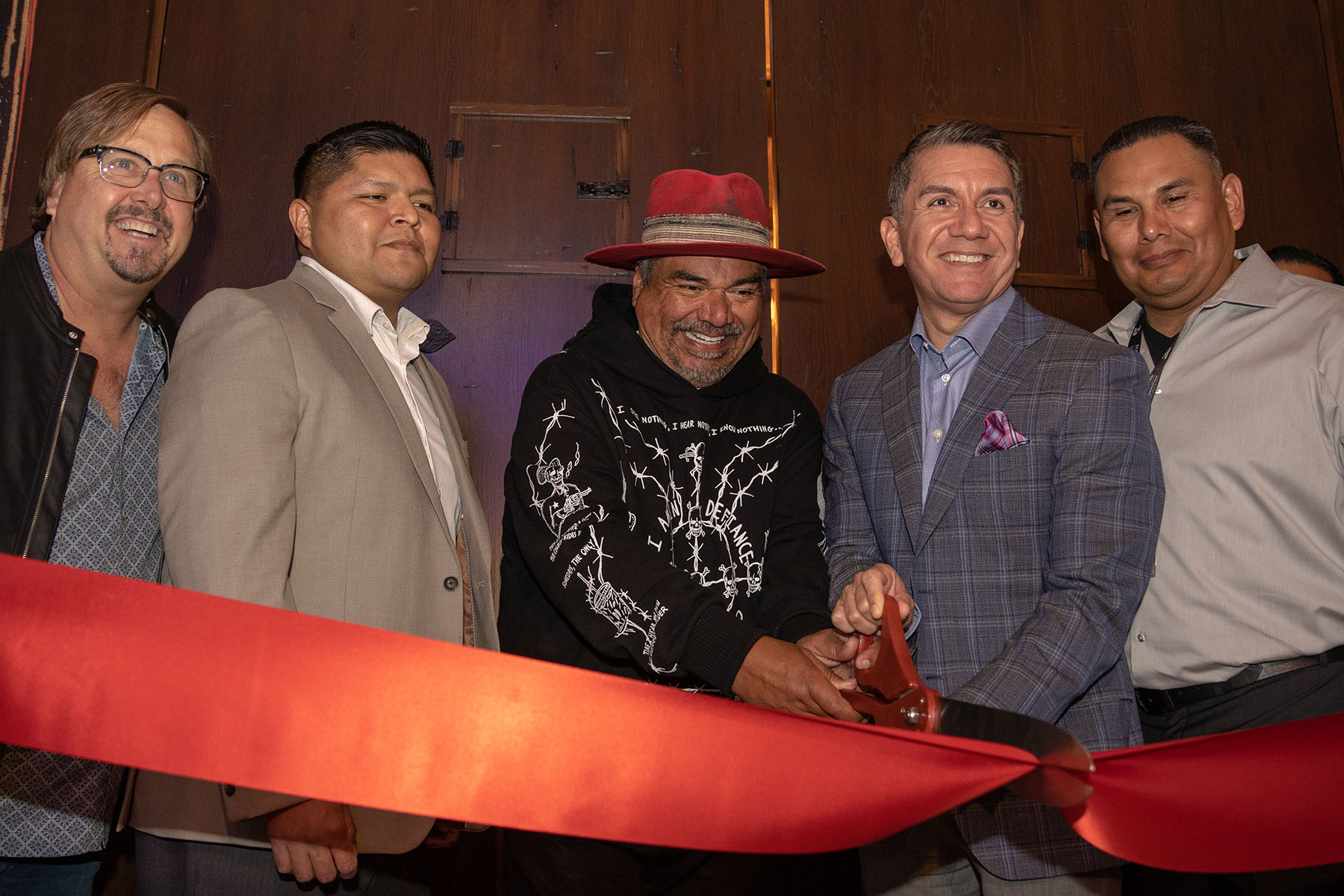 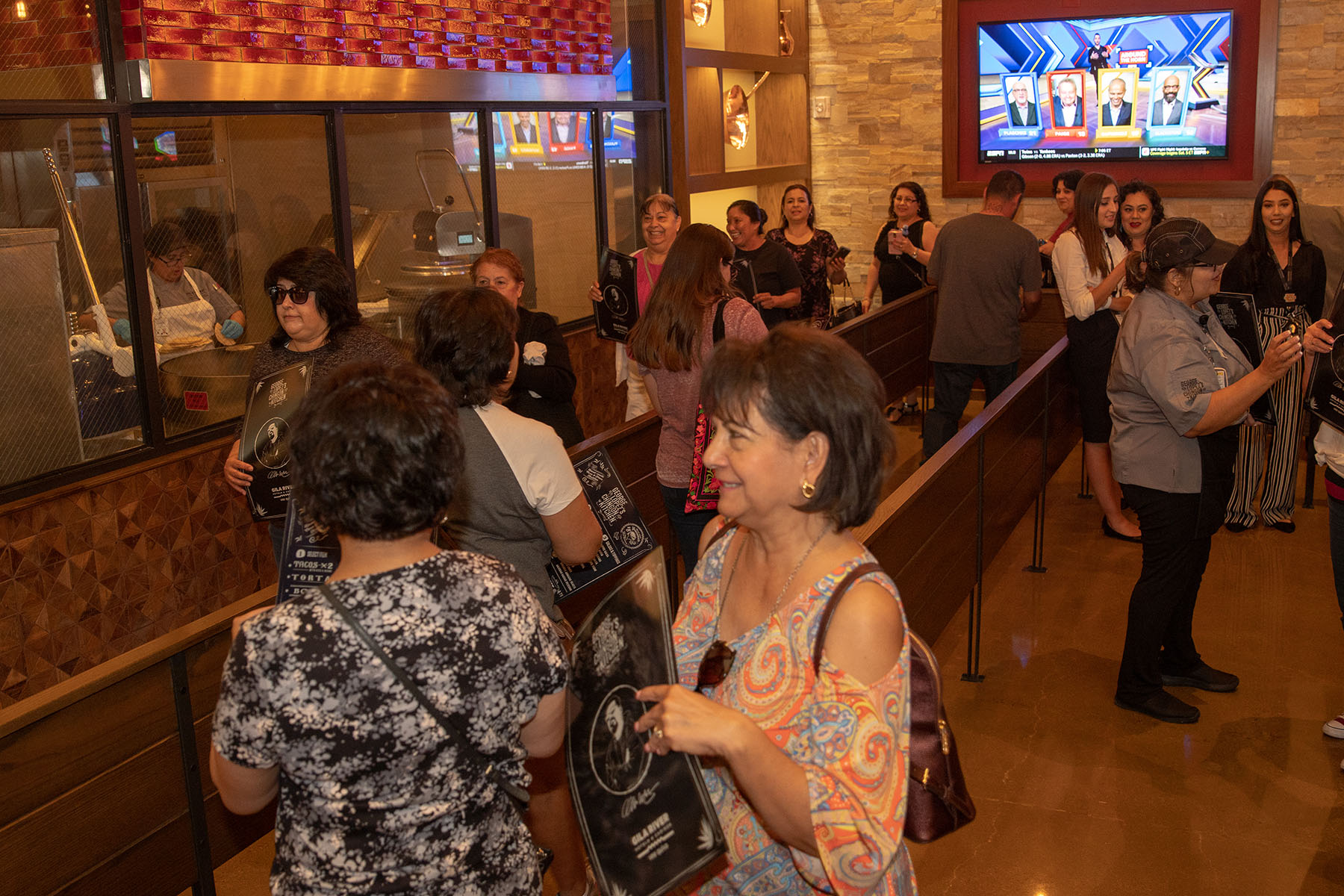 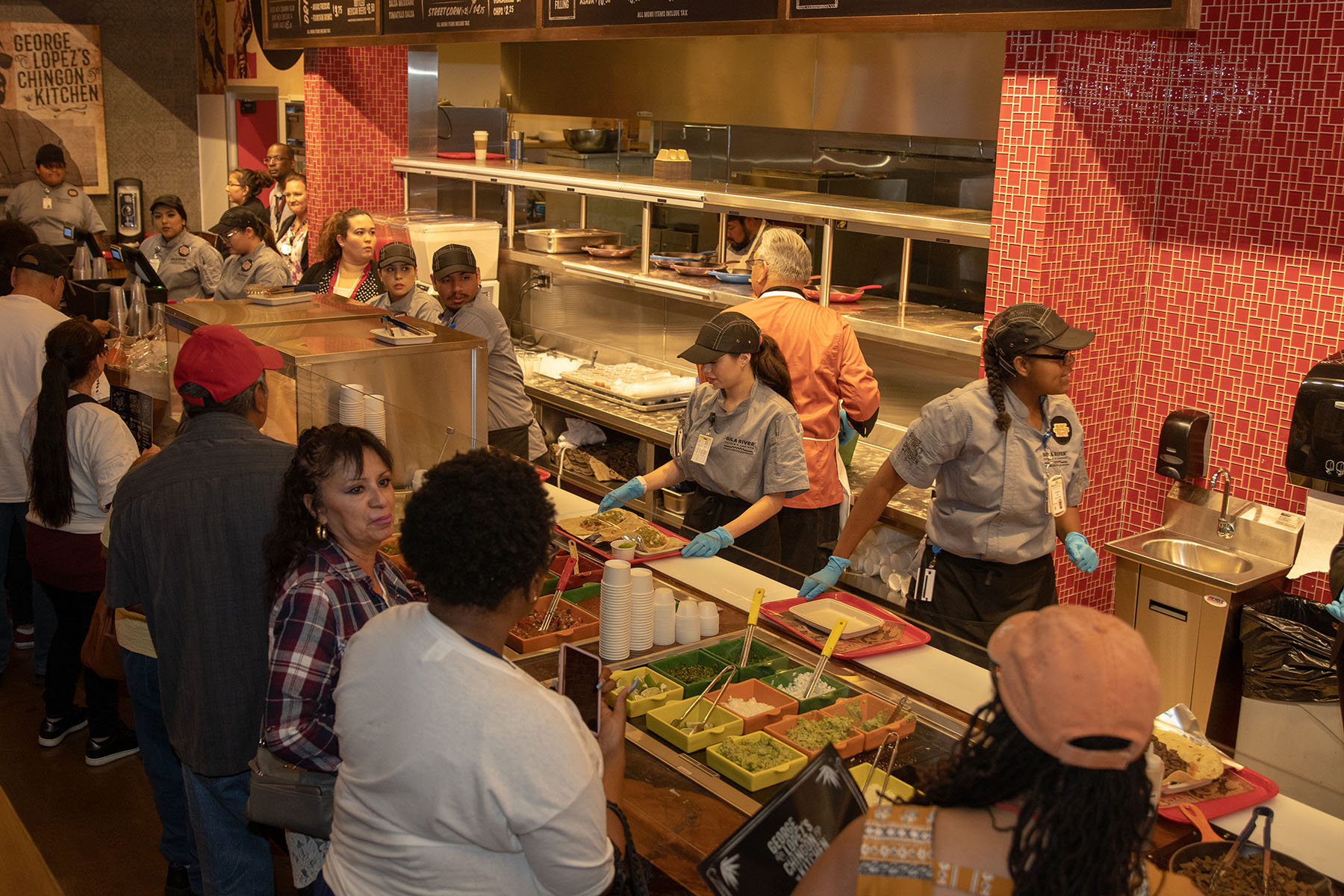 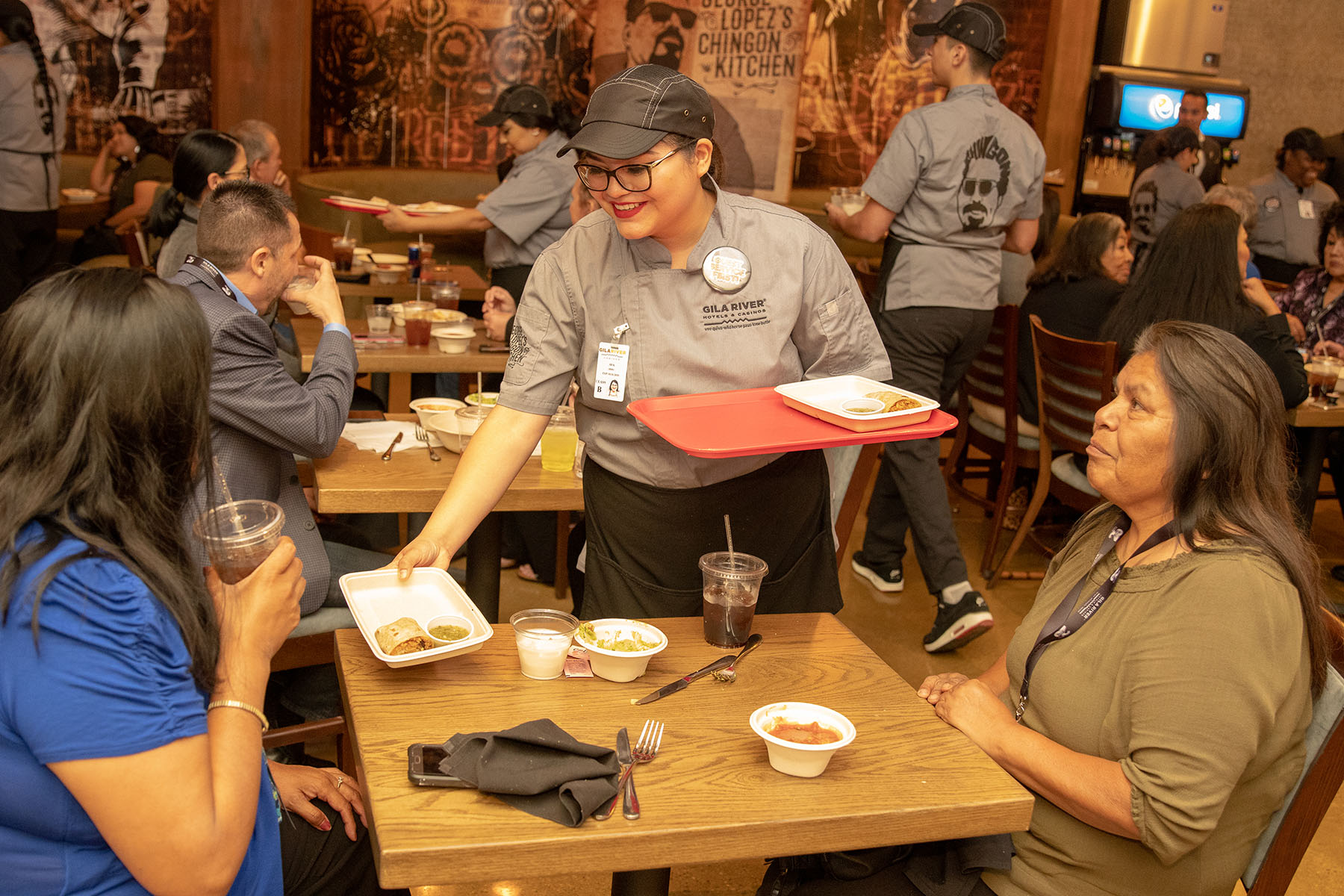