This was to be the site for the Opening Ceremony and Arizona’s Special Olympics Summer Games from May 2-4.

The torch was received by members of Arizona Department of Public Safety, on the Southern AZ Leg, who bicycled and ran to Sacaton. The torch was then transitioned to GRPD at the junction of I-10 and HWY 187. GRPD opted to use a special customized torch they received as a gift in 2015 for this occasion. GRPD’s torch is adorned with a “Man in The Maze” and simplified GRIC Seal.

Started back in 1981 in Wichita, Kan., the Law Enforcement Torch Run raises funds and awareness for the Special Olympics.

Arizona has numerous legs of relays along the torch run, which end at the site of the summer games.

Officer Diane De La Rosa shared that for this year riders came from Gila River Police Department as well as from Gila River EMS, Gila River Office of the Prosecutor, Rangers, and School Resource Officers, in addition to family members of those agencies that have children with special needs or autism. Officer De La Rosa also organized this year’s event which drew a great number of participants.

Riders met at the GRPD Station in Sacaton to the pick up and start location. The torch was then carried to Chandler where it was handed off to the Chandler Police Department. 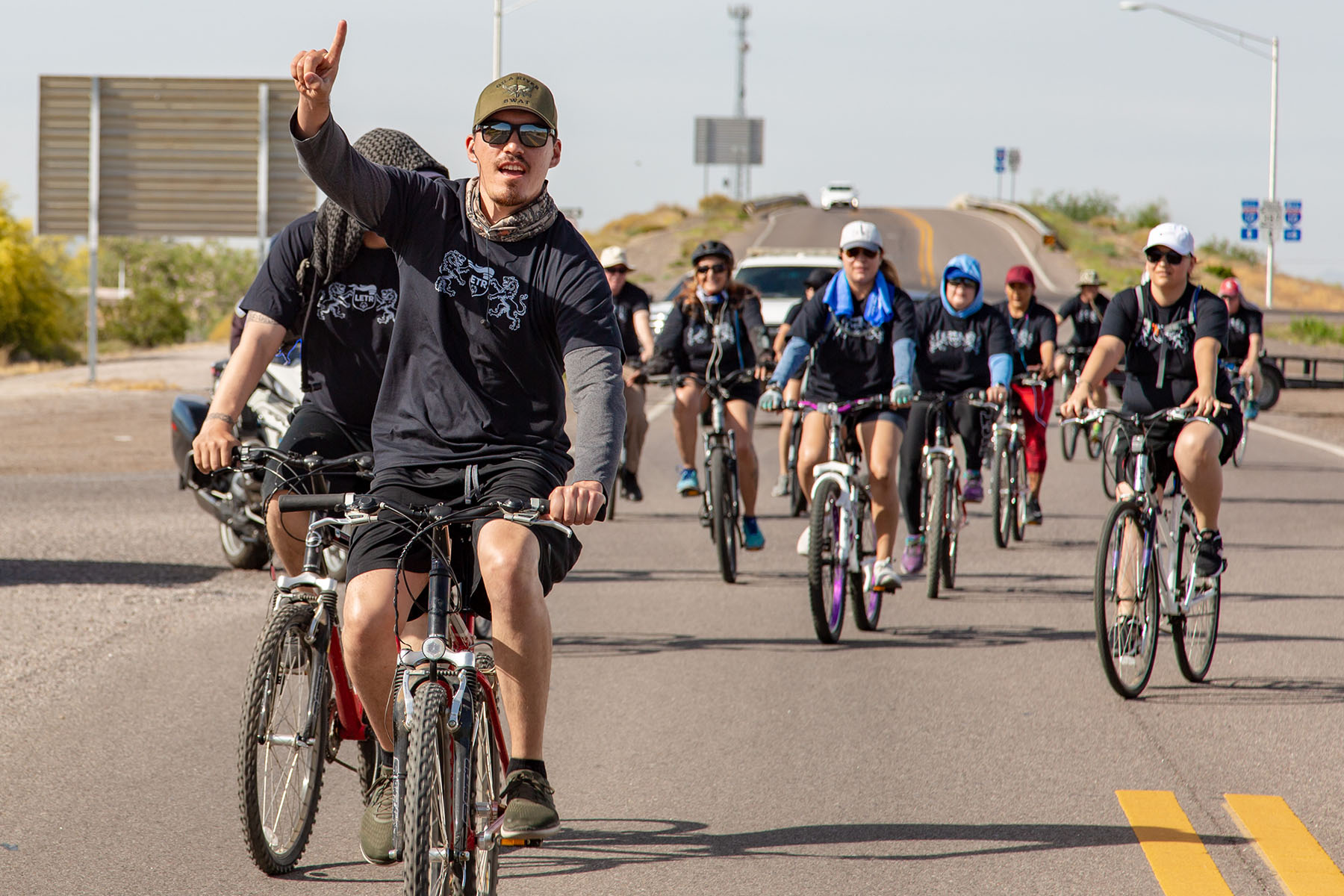 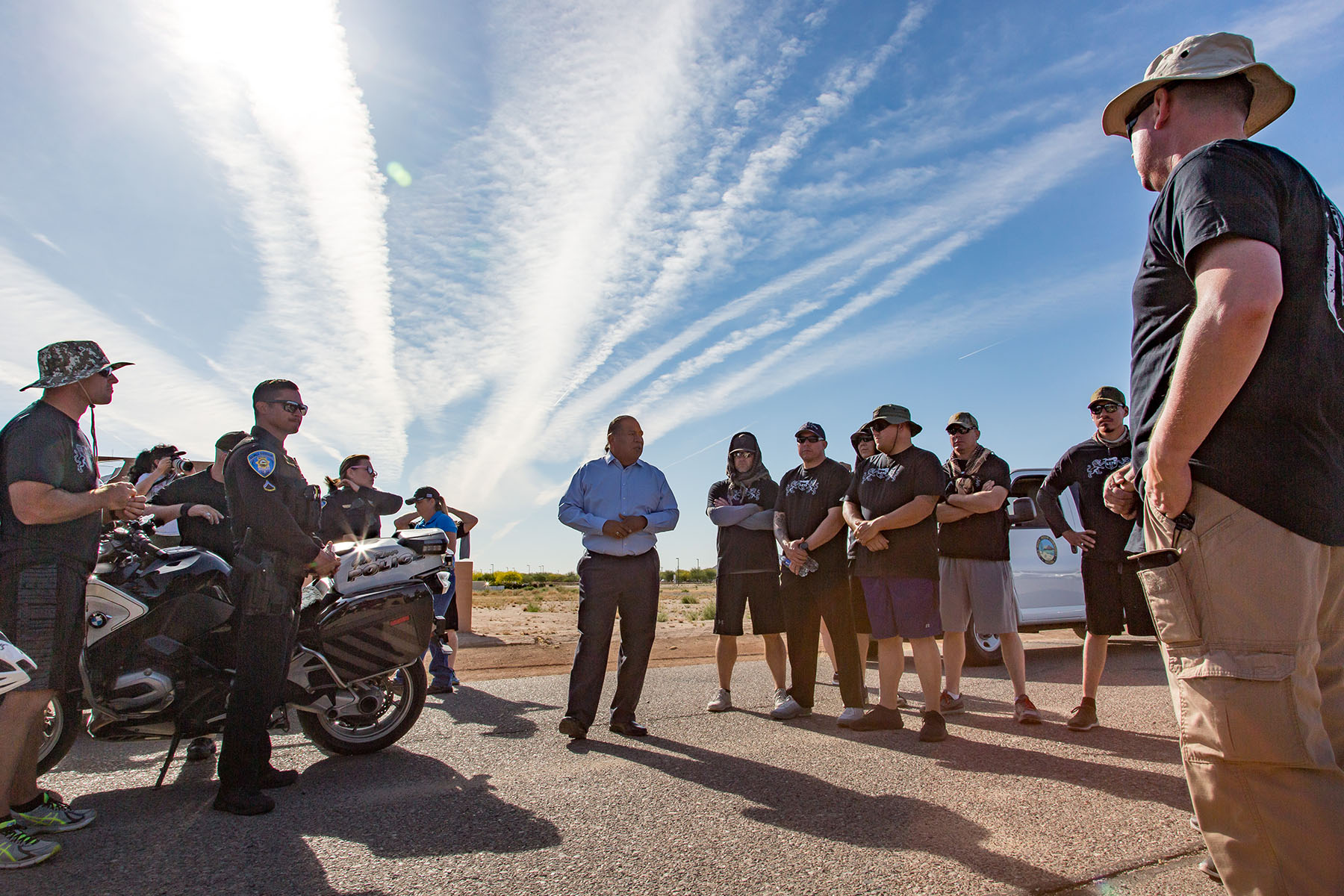 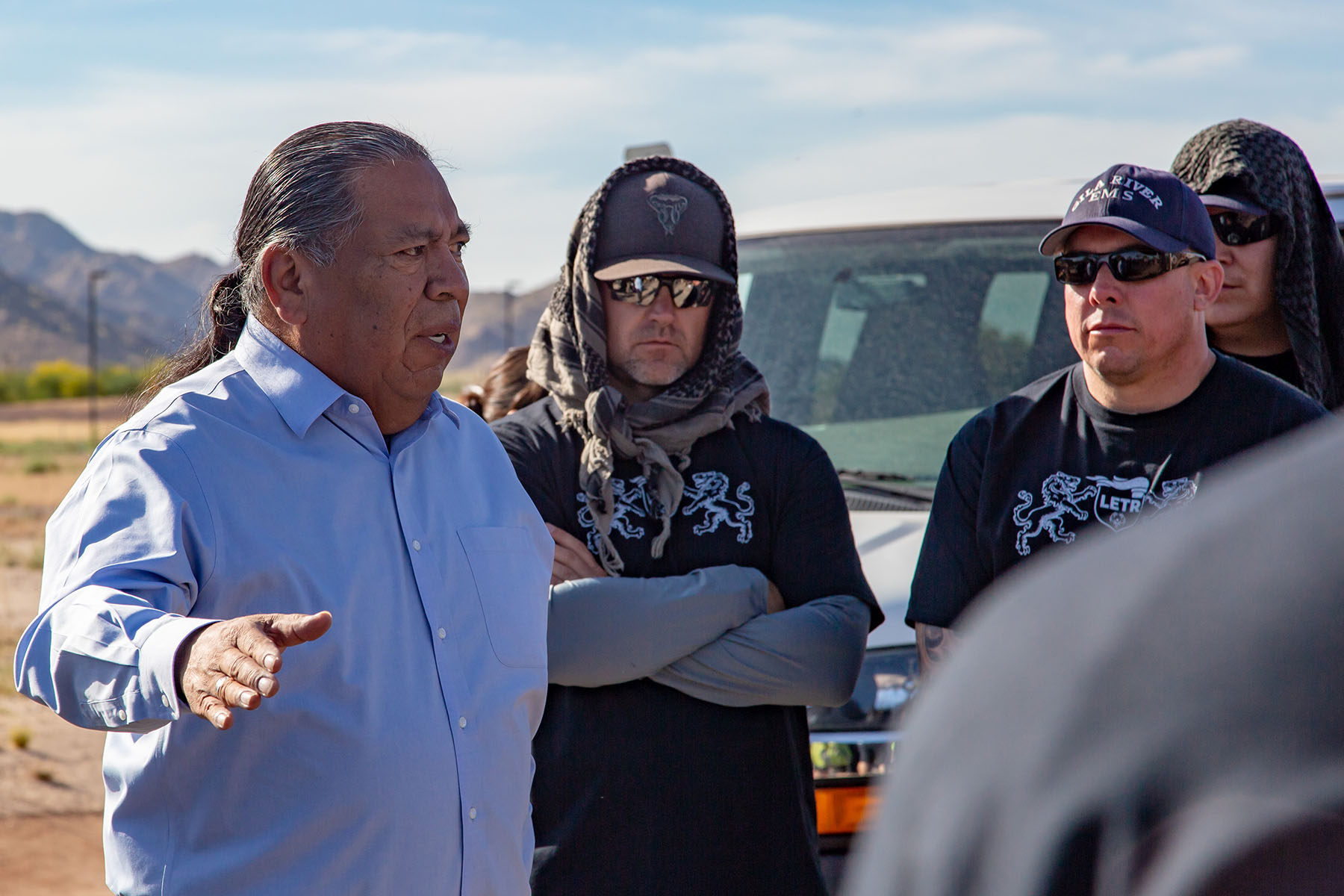 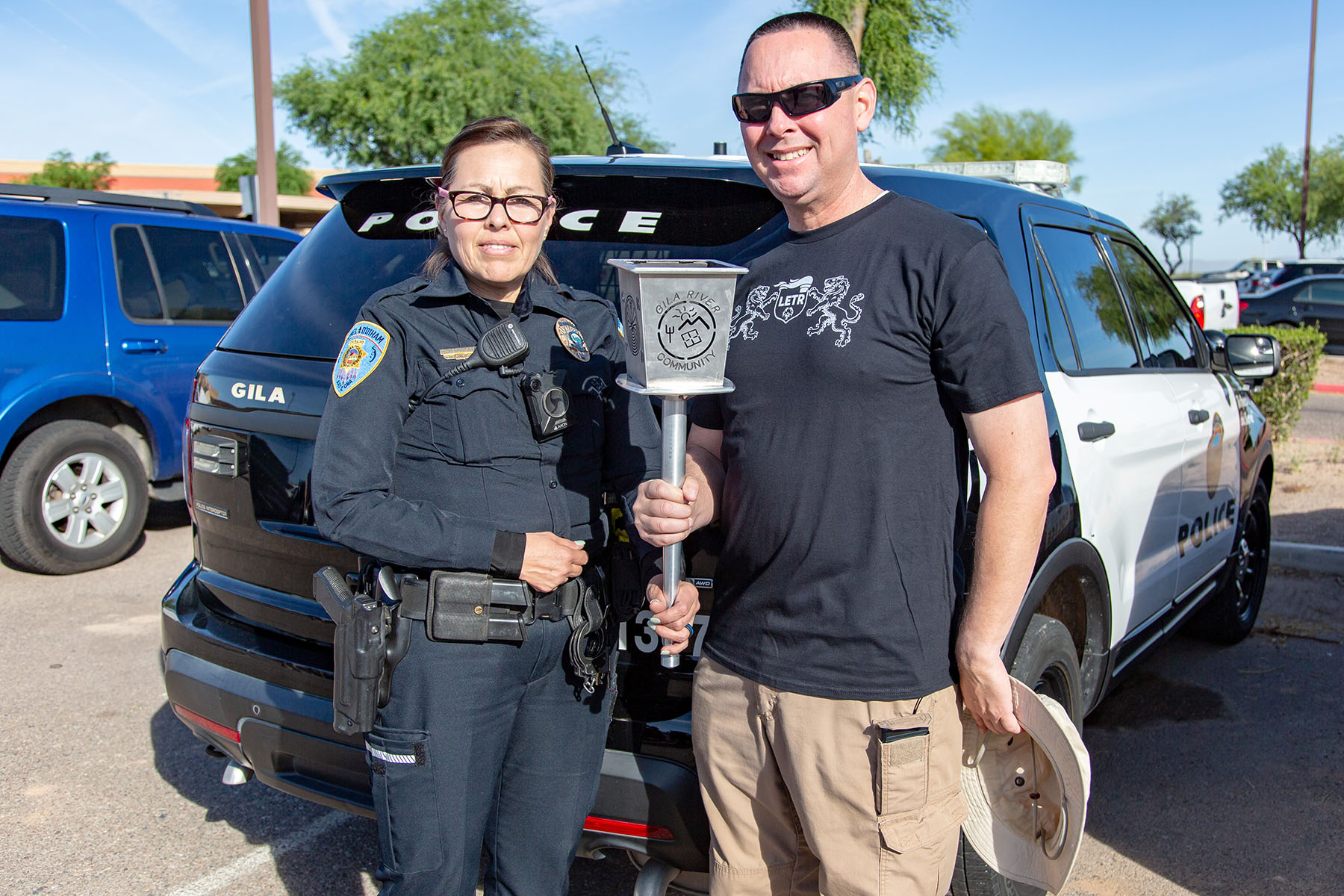