It was a somber, yet celebratory, event on Sunday May 5 as many gathered for the Day of Awareness and Remembrance for Missing and Murdered Indigenous Women and Girls (MMIWG) at the Arizona State Capitol in Phoenix. The event was organized in partnership with the Southwest Indigenous Women’s Coalition (SWIWC) and Honwungsi Consulting Services. The day brought to light multiple aspects of this important issue.

It highlighted the proclamation marking May 5 as a Day of Awareness for MMIWG by Arizona Governor Doug Ducey, and provided information and resources concerning domestic violence prevention, and also highlighted the progress towards passing of Arizona House Bill 2570 (HB2570).

Resource booths lined the lawn outside the Arizona State Capitol where a stage was set for speakers and dignitaries.  A number of groups participated in the opening of the event including drum group from Hopi, the presentation of colors by Ak-Chin Indian Community and a prayer by Royce Manuel, from the Salt River Pima-Maricopa Community. Keli Akimel Hua Modk Cudkdam represented the Gila River Indian Community and performed before the program began.

Organizers requested attendees wear red to support the MMIWG movement. The message was well-received as a sea of red shirts, scarves and accessories adorned nearly all in attendance.

SWIWC presented information for the attendees on the history of MMIWG and the current efforts in Arizona.

Jennifer Jermaine, Current AZ State Representative for Arizona’s District 18, served as a champion for introducing and passing HB2570 and gave a summary of the legislation.

“HB2570 will review policies and practices, review prosecutorial trends, and propose measures for how we will solve this moving forward based on what the data says…the goal of this study is to bring everyone together to form comprehensive solutions,” said Jermaine.

Though there is no data to understand the first contact crimes against Indigenous peoples there are some statistics now.

“This movement is nothing new and is an issue that Indigenous communities have had to endure since [European] first contact,” said Leanne Guy, Executive Director of SWIWC.

Jermaine summarized the statistics behind MMIWG. Her findings show that in some tribal communities Indian women face murder rates 10 times higher than the national average, and according to the Center for Disease Control and Prevention, homicide is the third leading cause of death among American Indian and Alaskan Native girls between the ages of 10-24. It is the fifth leading cause of death of American Indian Girls and Alaska Native Women between the ages of 25-34, and the National Institute of Justice says more than 4 out of 5 American Indian Women and Alaska Natives will experience violence in their lifetime.

Despite the bleak statistics, there is optimism with HB2570’s presence. HB2570 was passed by the Arizona Senate on May 2 and on May 9 passed in the House of Representatives. Gov. Ducey signed the bill on Tuesday, May 14.

As part of the day’s closing, a moment of silence was held, and SWIWC held a candle light vigil while reading the names of the survivors and victims’ before the State Capitol’s copper dome was lit red.

Monica Antone, District 4 Council Representative, was in attendance and stressed that “tribes need to educate each other so that we can create awareness for the little one’s dancing here today. They blessed us with their dancing so we should honor them and bless those that aren’t here today.” 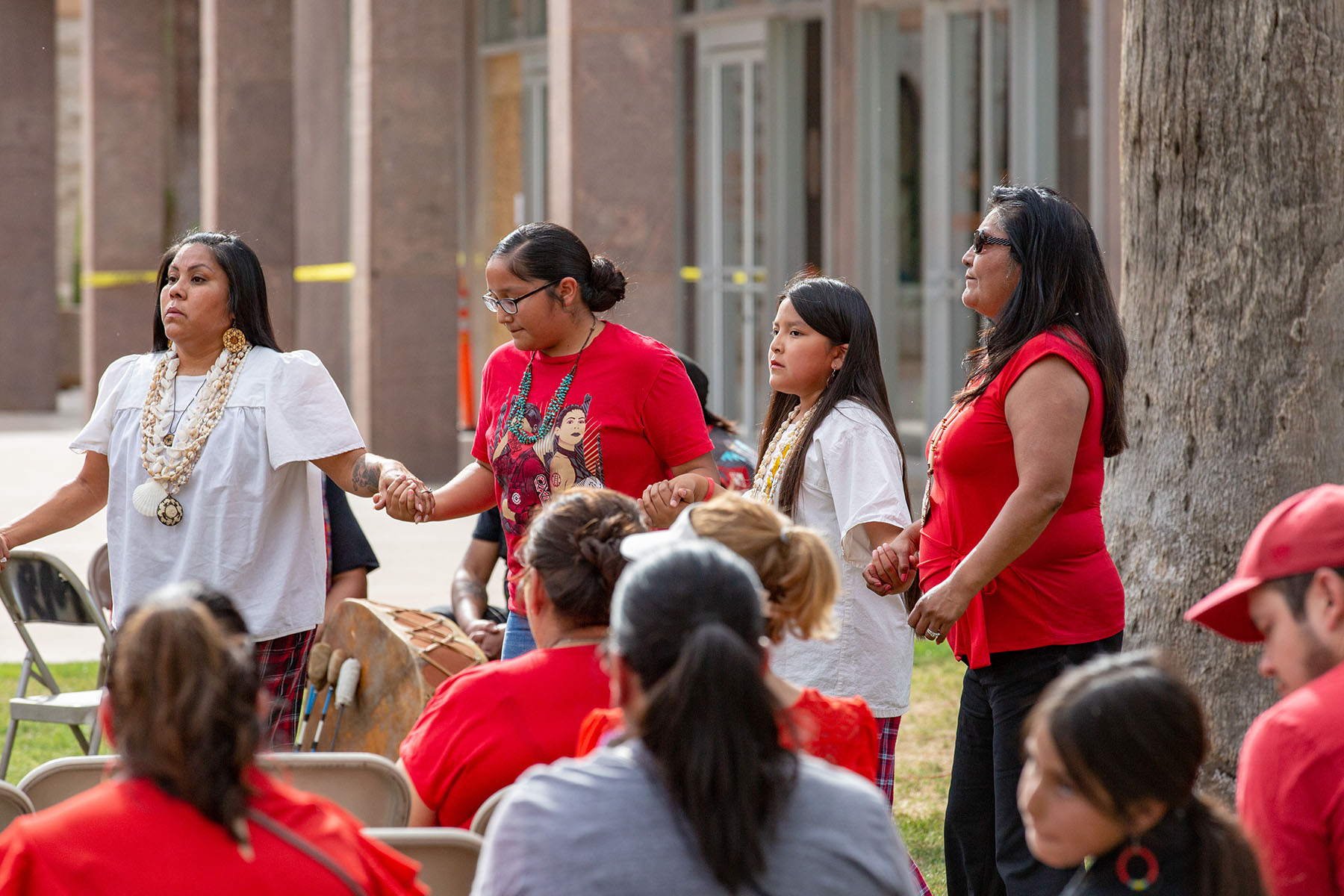 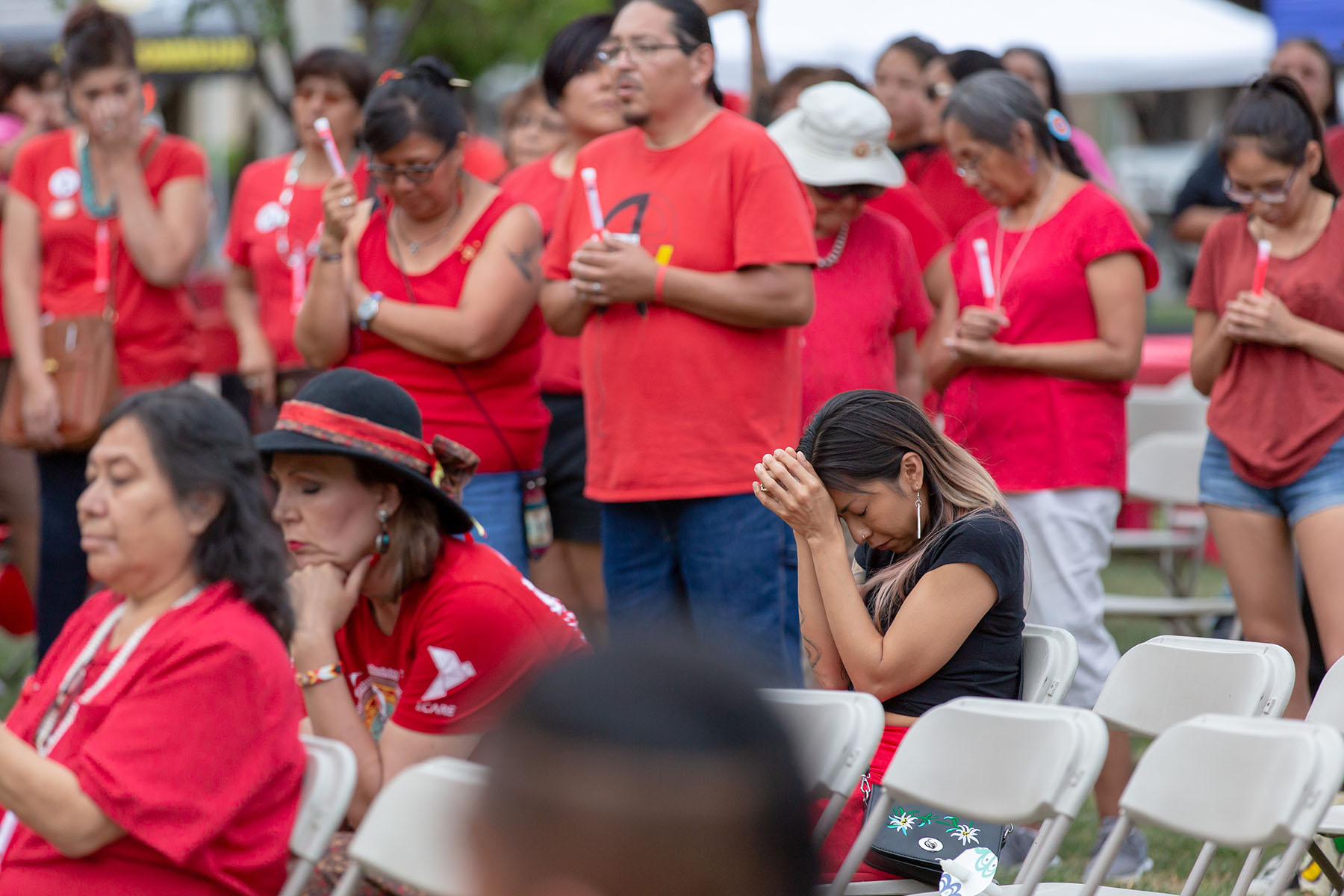 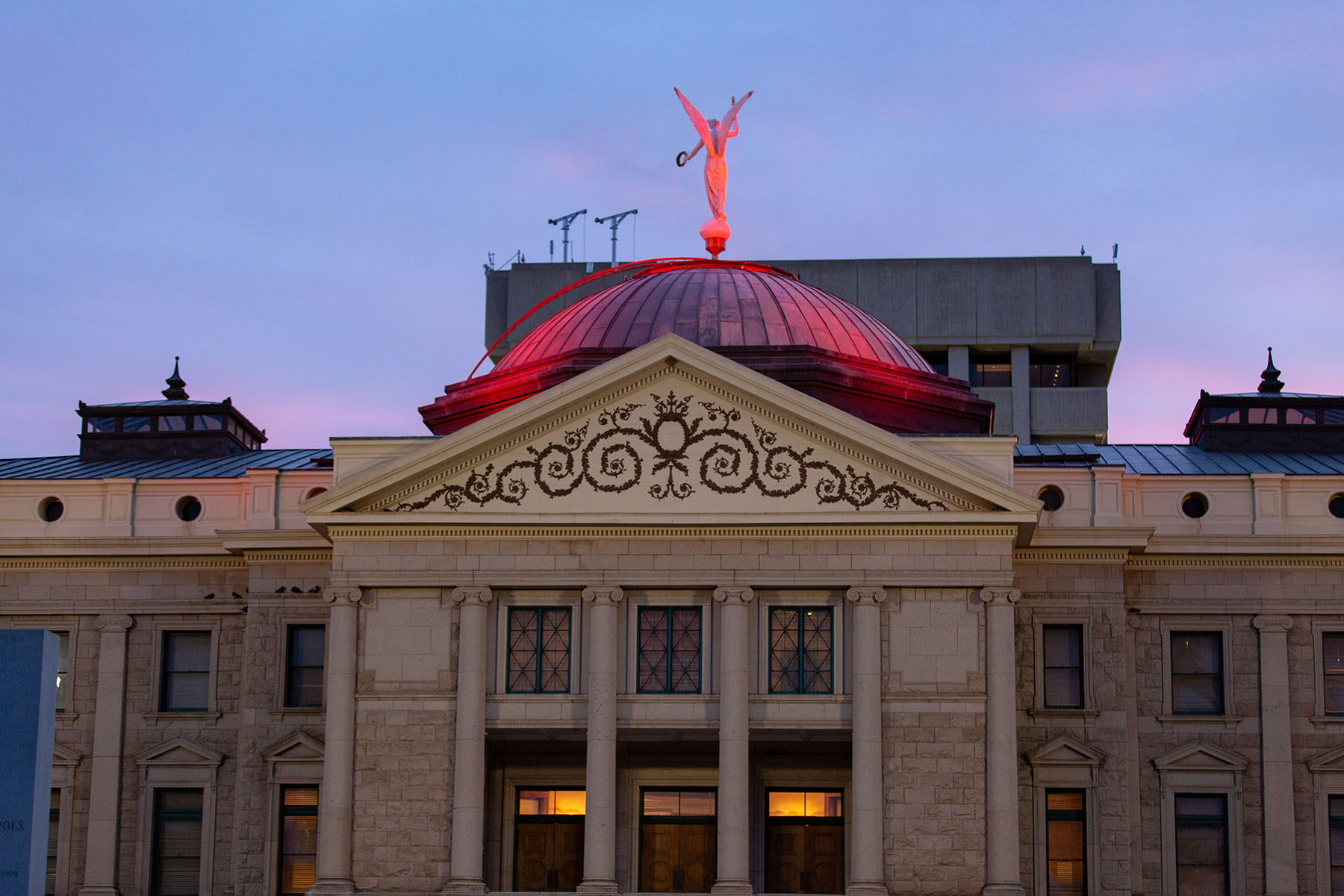