The awards are presented to youth who exemplify great qualities in and out of the classroom.  There are two award categories The Chief Azul Scholar Award and Chief Azul Citizenship Award. Recipients had to be nominated by school officials or their tribal counselors in order to apply for either award.

“This year there were approximately 100 applicants that applied for both awards,” said Hart.

Less than half of those applications were selected for this year’s awards.

Prior to announcing the awards, Lt. Gov. Robert Stone shared his own experiences as a student.

“Young ones here, know that your parents, relatives, and the whole community really support you and want you to succeed in whatever you do,” said Lt. Gov. Stone.

As names were called, Gov. Stephen Roe Lewis, Lt. Gov. Robert Stone, Community Council Representatives Jennifer Allison and Arzie Hogg were on stage to give the awards and congratulate everyone.

Family members in attendance proudly supported each student’s accomplishments. At one point, all recipients were asked to stand and thank their parents in attendance to show gratitude for their support.

As District 1 Council Representative Arzie Hogg stated to the youth, “you’re all here because of one right decision after another.” Then encouraged the youth to continue on that path and for parents to also continue their support as they become adults. 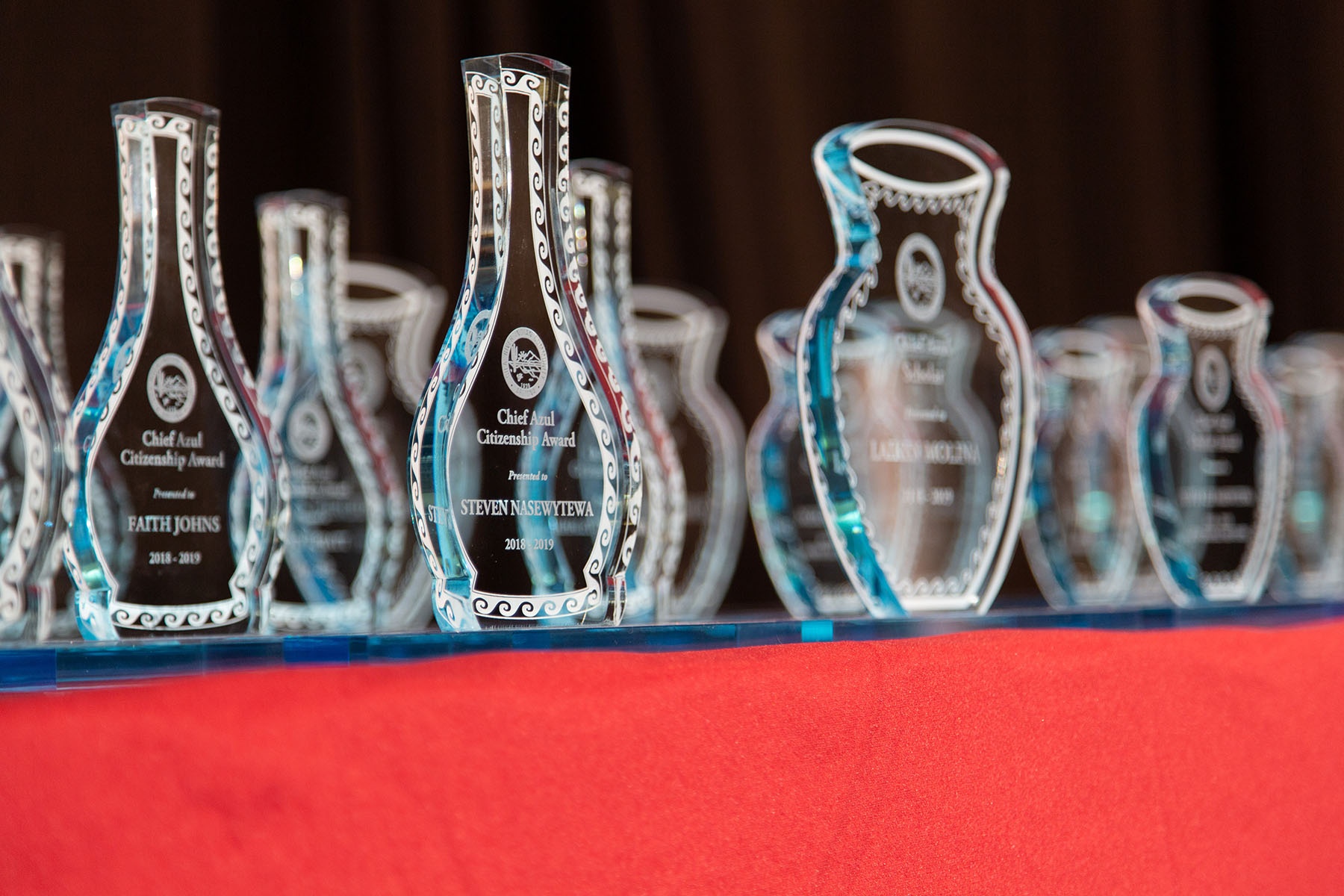 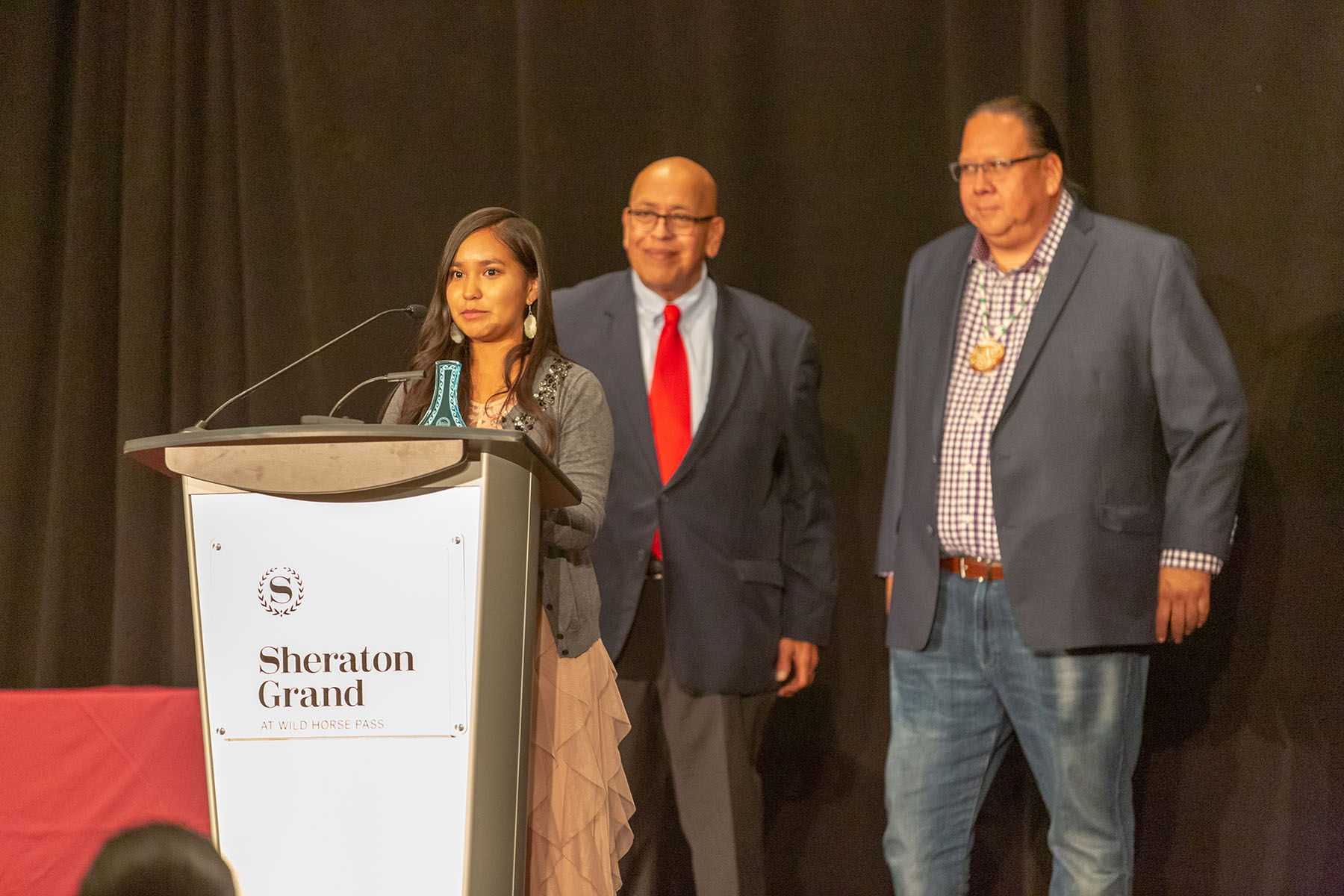 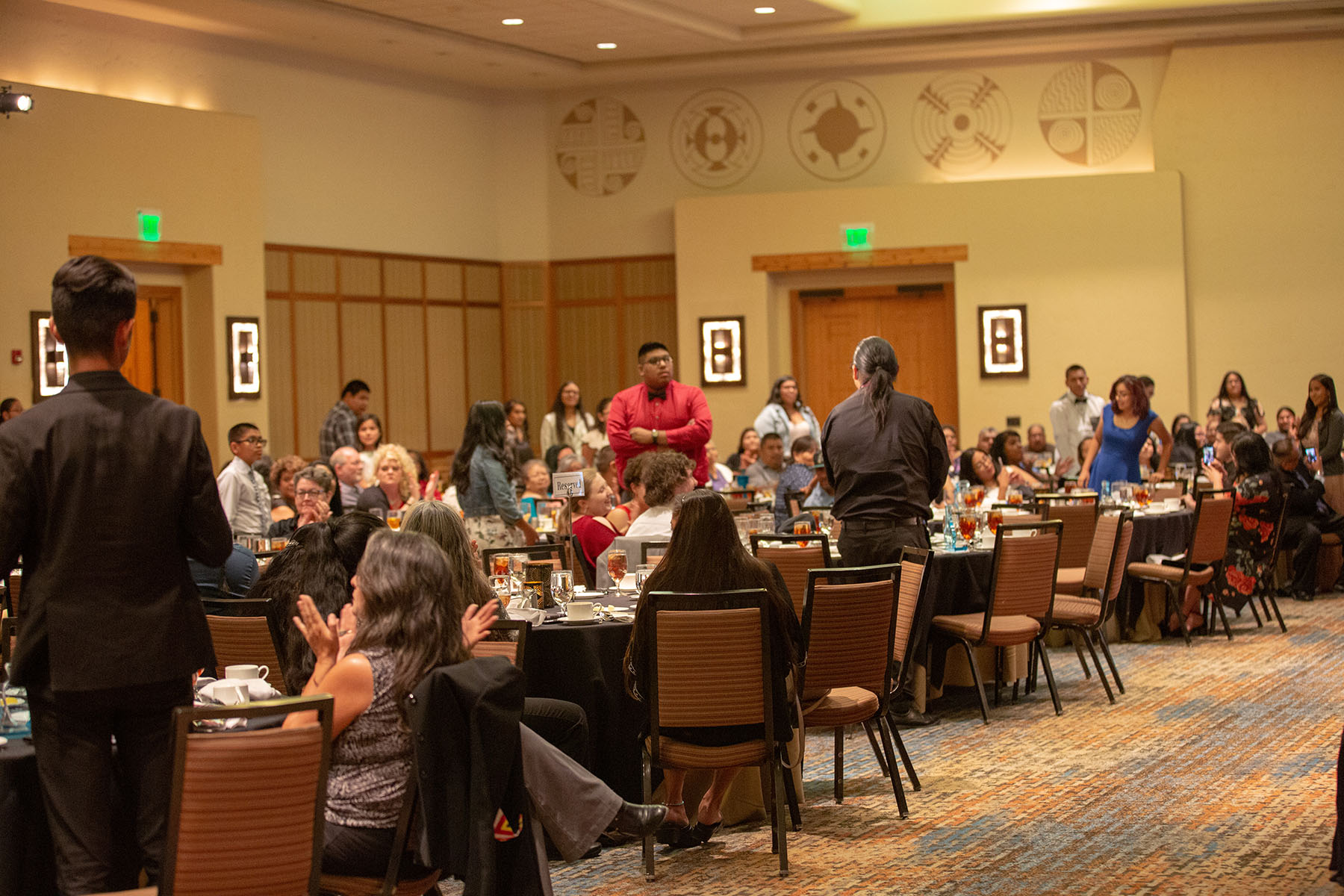