Gov. Lewis among honorees at the American Indian Excellence in Leadership awards

The Phoenix Indian Center celebrated its 37th Annual Arizona American Indian Excellence in Leadership Awards, where Gov. Stephen Roe Lewis was the recipient of the Man of the Year Award. The event was held at the Scottsdale Resort at McCormick Ranch in Scottsdale, Ariz., Wednesday, Nov. 13.

The event brought together 350 people for this year’s ceremony. Patricia Hibbler, Phoenix Indian Center CEO, said, “I look forward to everyone connecting and, most importantly, hearing from the awards recipients and why they are so gracious in receiving their award.”

Upon receiving the award, Gov. Lewis stated, “There has been monumental change, but there is still more work to be done.” These are the words bestowed to Gov. Lewis by his father, Rodney B. Lewis. For that, Gov. Lewis said, “I accept this award on behalf of all my past leaders of my people, of the Akimel O’otham and Pee Posh including those current and past elected leaders.”

“My proudest role is to be a father to my son, Daniel Lewis,” said Gov. Lewis. In addition to recognizing his family in attendance, Gov. Lewis recognized and expressed deep appreciation for his staff present. Gov. Lewis also acknowledged the GRIC Urban Members Association and thanked the Phoenix Indian Center for providing services for those that reside off the reservation.

Thirteen awards were given to statewide nominees. Ten of the 13 were present to receive their awards this year. Musician Gabriel Ayala, last year’s Man of the Year, emceed the event alongside Ms. Jowun Ben, last year’s Outstanding High School Student awardee.  Ira H. Hayes American Legion Post No.84 provided the posting and retirement of the colors for the evening. 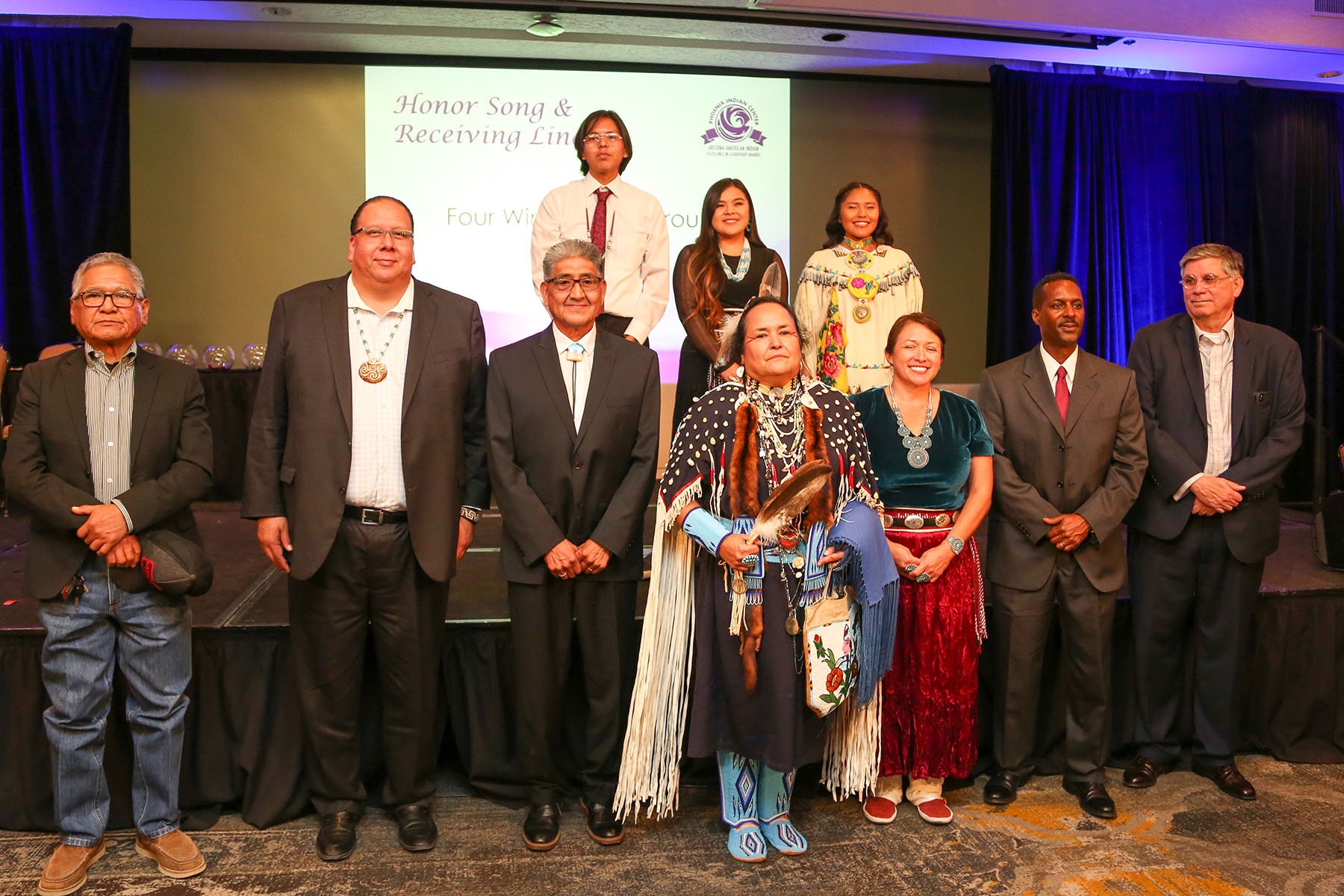 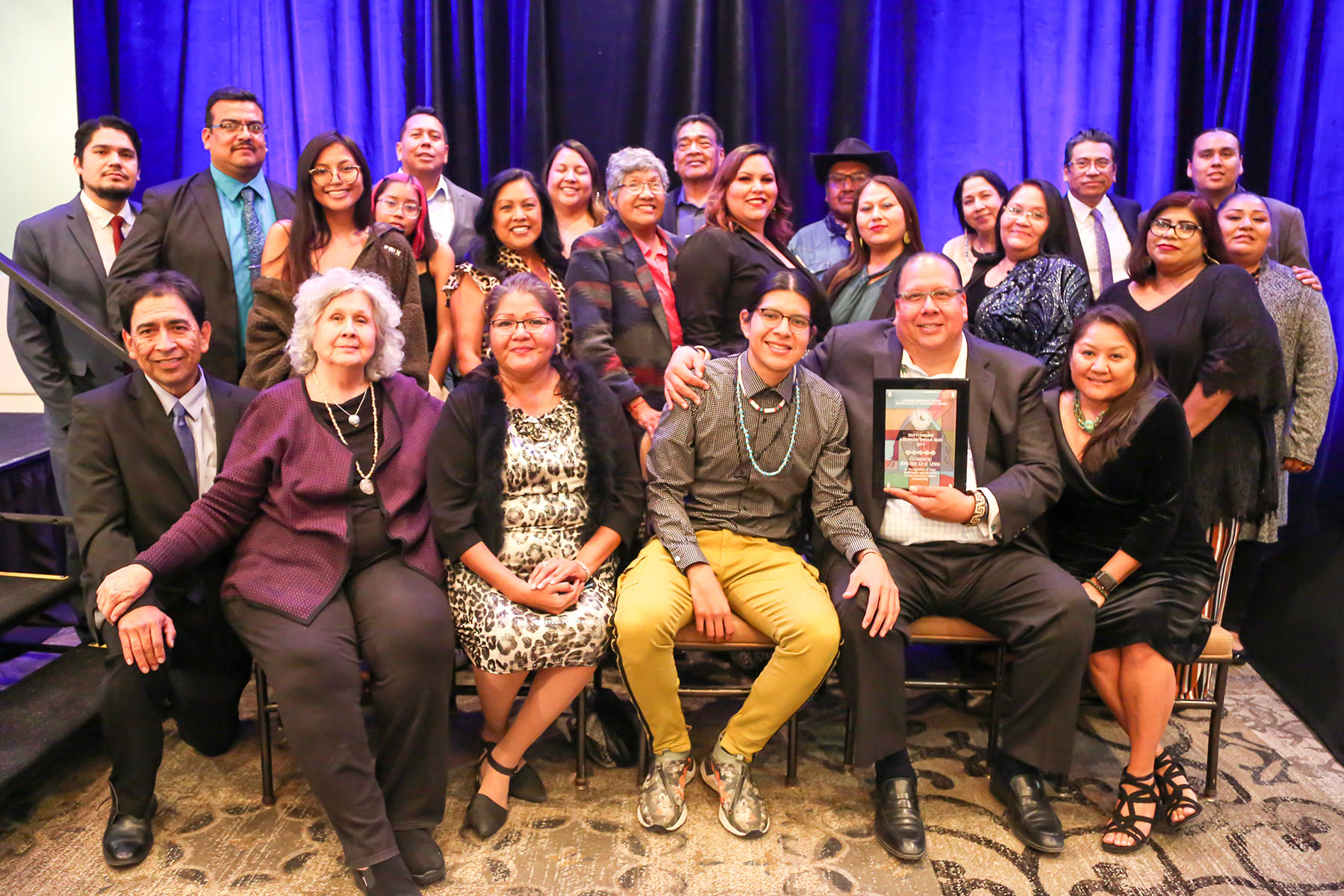