An annual event that recognizes the service of Native American veterans was held on a day when all servicemen and women are honored for their military service. The Heard Museum held its annual American Indian Veteran Sunset Tribute on Nov. 11.

The gathering of veterans from tribal communities across Arizona and elsewhere, was held at the Heard’s American Indian Veterans National Memorial. The memorial serves as a reminder of the large numbers of American Indians who served in the U.S. Armed Forces.

“We use this time to reflect what we are thankful for, the people we come to honor today, that are hugely responsible for one of the most important acts, is our freedom,” Marcus Monerkit, Heard Museum Director of Community Engagement.

“American Indians have served in every conflict and war this nation has ever seen, that it is essential to tell their stories, lift up their service and remember how much they have given so that future generations may remain free,” said David M. Roche, Heard Museum Dickey Family Director and CEO.

He acknowledged the spouses, family members and communities who maintained a sense of normalcy while their loved ones were overseas. “We offer our humble thanks to those who remained behind and so passionately loved and supported the men and women who fought and gave the ultimate sacrifice in service to their country,” said Roche.

Dr. Blue Spruce, who served as the Assistant Surgeon General for American Indian Dentist, shared about being the first American Indian to serve on a nuclear-powered submarine, the USS Nautilus.

“I was drafted into the Navy during the Korean conflict, but they gave me a deferment and they paid my way to go to dental school, which allowed me to become the first American Indian dentist in the United States,” said Dr. Blue Spruce.

Another guest speaker talked about the large numbers American Indians, who enlisted in the military prior to Native peoples’ right to vote in America. “Up until 1924, American Indians were not allowed to vote, but many served in World War I, even though they didn't have the right to participate in the voting process,” said Dr. Wayne Lee Mitchell (Mandan/Dakota Sioux.) He said, despite this limitation to exercise their rights, and often facing discrimination in the service, American Indians have selflessly served in the military to achieve equal rights and to defend their ancestral homelands.

To close-out the event, veterans were asked to form a line to receive a commemorative medal and were treated to a dinner inside the Steele Auditorium. 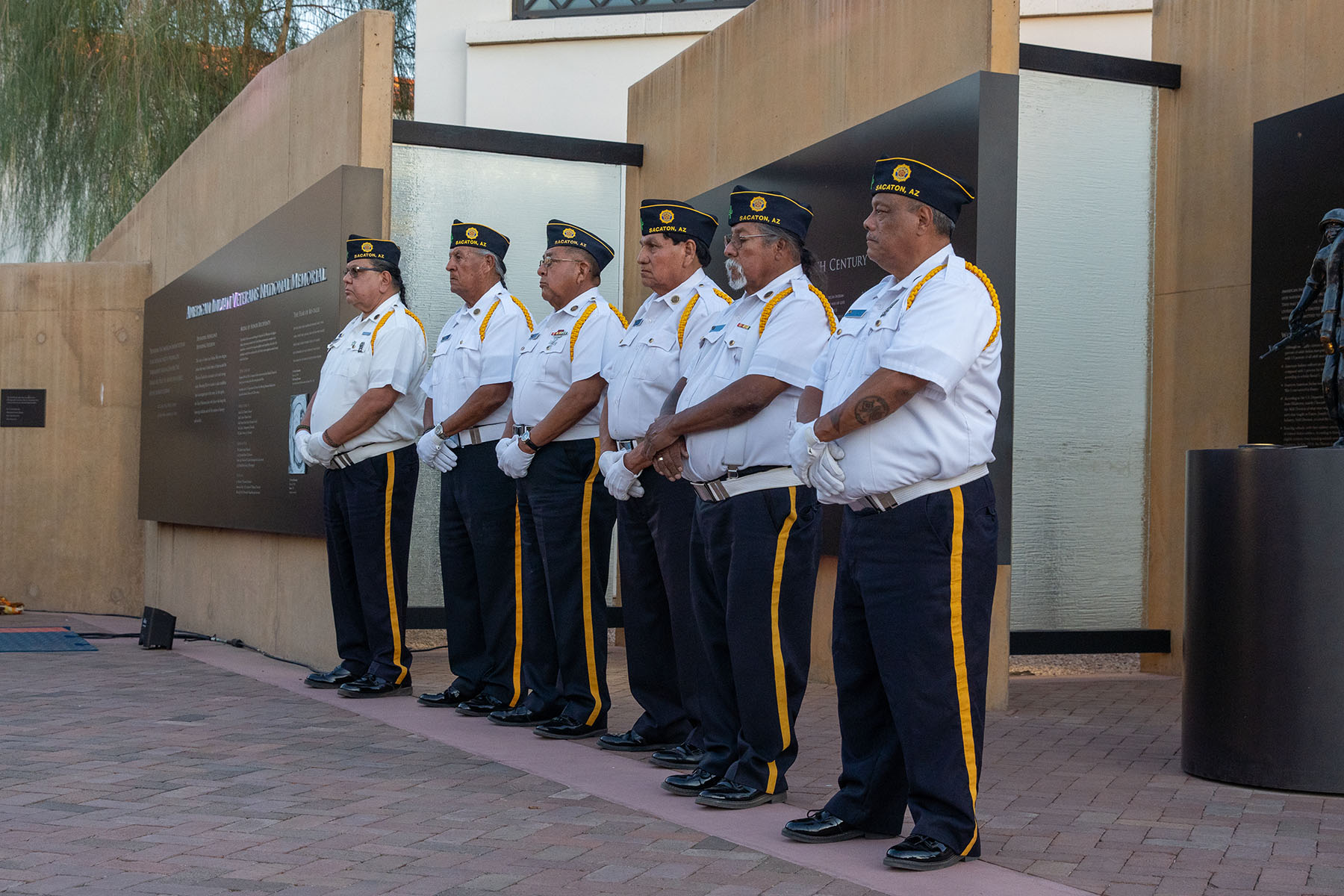