GRIN Articles > Gov. Lewis testifies before the subcommittee on elections

Gov. Lewis testifies before the subcommittee on elections

A field hearing involving members of congress and a sub- committee on elections was held at Phoenix College on Oct. 1.

The Committee on House Administration’s Subcommittee on Election’s hearing covered voting rights and issues of concern in communities throughout the nation. The hearing also collected testimonies from leaders, advocates and witnesses about potential voter suppression and discrimination being practiced across the country.

“We are here today to examine the state of voting rights and the elections administration in the state of Arizona,” said Rep. Marcia Fudge, Subcommittee Chair- person. She said the field hearings are about protecting the voting rights of citizens from all walks of life, which is a fundamental part of democracy.

Gov. Lewis pointed out that many of the Community’s voters do not live at a typical address found in metropolitan areas. “The tribal com- munities continue to face barriers to voting, within Indian Country, tribal voters are often turned away at the polls, because of voter address issues,” said Lewis.

Nez said the issue of time and distance often prohibits Navajo voters from voting in tribal elections, which are held during either state or federal elections. The precincts could be many miles apart based on what chapter for tribal elections and the county a tribal member is registered to vote.

“There is no public transportation, that allows for the pickup of individual citizens at their place of residence. This severely limits any transportation options for the elderly and disabled,” said Nez.

“Our voters generally prefer to vote in person on election day, because voting by mail is difficult due to unreliable mail service on the reservation and issues related to their non-traditional addresses,” said Lewis.

these changes to voters,” said Lewis. “Despite improvements, many tribal members were again turned away from the polls in the 2016 election.”

Like the Community the Navajo Nation also faces a similar issue with its members living in different areas, including states to cast their ballots. “An individual’s post office location may be different, even in a different state or county, then the individual’s residence. A person may reside in Arizona, but their P.O. Box and chapter is in New Mexico,” said Nez.

Lewis said throughout history Native people have struggled with the ability to vote, but through the actions of such individuals like Peter Porter and Rudolph Johnson (both Community members) and other tribal advocates have fought to secure voting rights for American Indians. 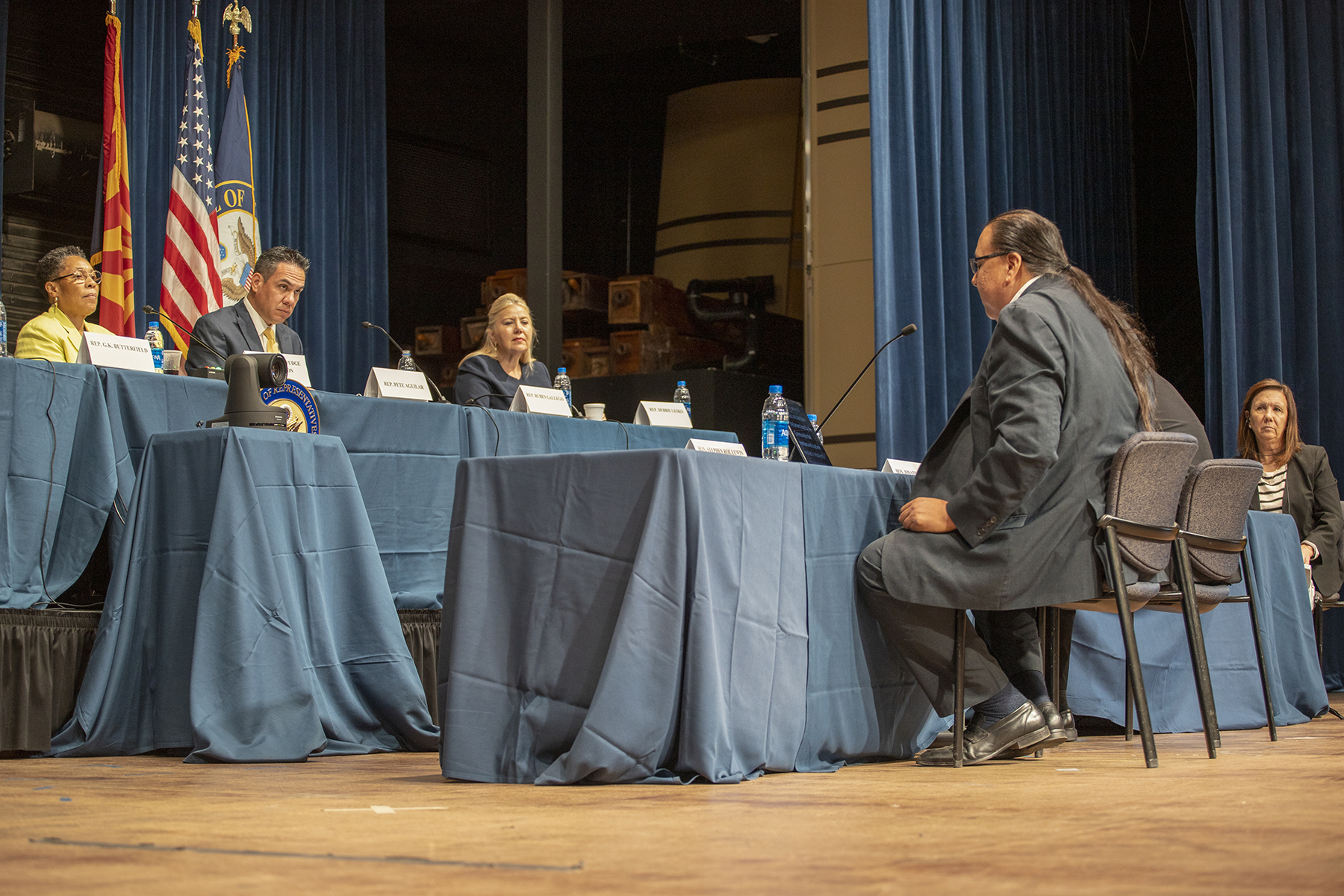