Six young women were vying for the title of 2019-2020 Miss Indian Arizona, to represent the state’s twenty-two tribes. The 58th Annual Miss Indian Arizona Scholarship Pageant took place on Saturday, Oct. 12 at the Chandler Center for the Arts. The pageants theme was “Guardians of Tradition in a Changing World.”

Gov. Stephen Roe Lewis served as an escort for Cooper, who was named second attendant to Miss Indian Arizona. Cooper’s platform is to pro- mote self-identity through self-love.

Spotted Wolf (TON) was named first attendant, her platform is to encourage others to pursue higher education and have “indigenized spaces that Native Americans are typically not a part of.” She currently attends the University of Arizona, pursuing her Bachelor’s in Elementary Education.

Mitchell (CRIT) was named Miss Indian Arizona 2019-2020. Mitchell’s personal goal is to be an ambassador for Native youth, working with them and showing them the many ways they can help their communities. “I am very, very, very thankful,” said Mitchell during her acceptance speech, “We are so glad to be representing all of you. The tribes that we come from, our families, and that land in which we come from.” Mitchell is currently attending Mesa Community College pursuing a major in Communications. 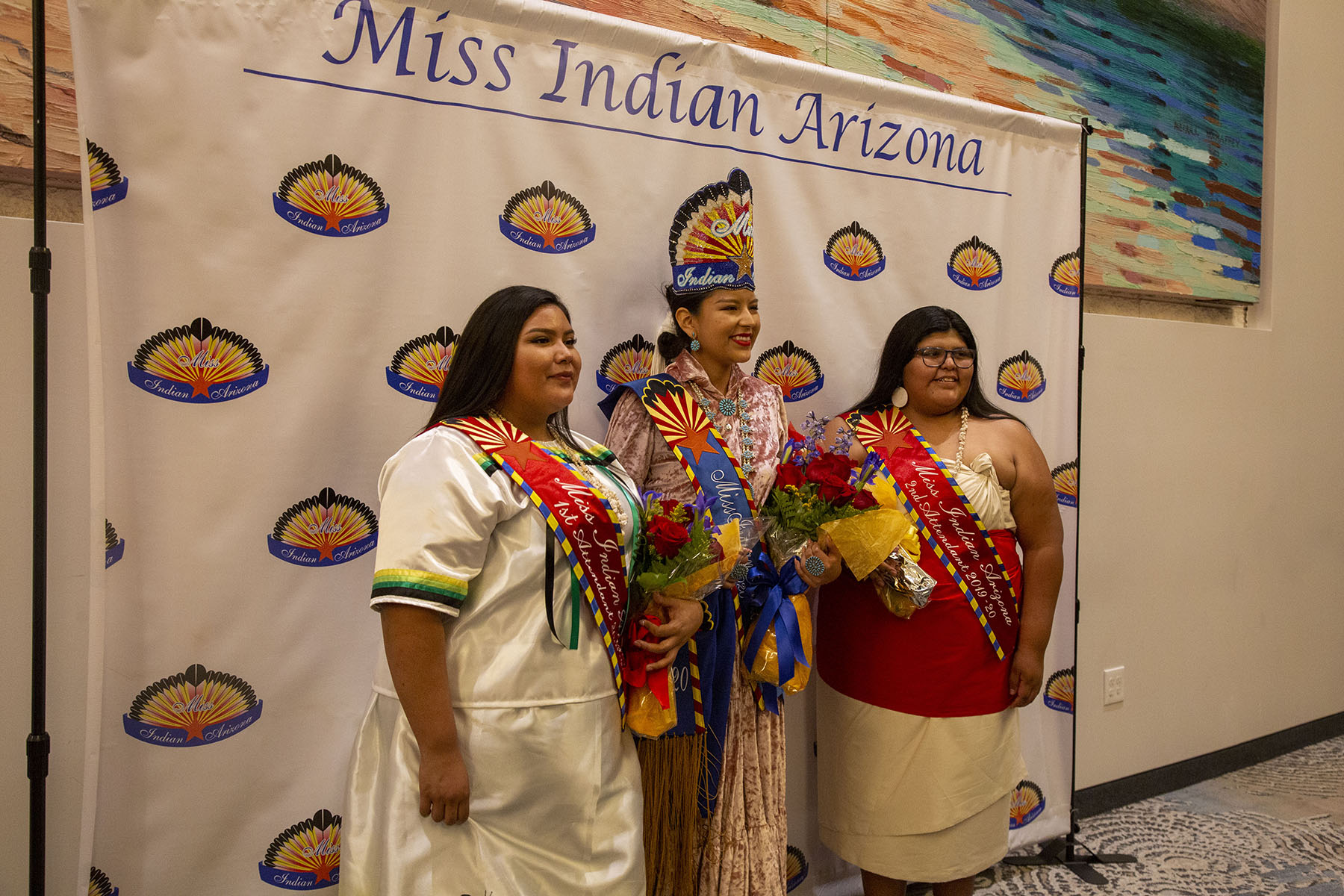