NAFIS advocates for federally impacted school districts and their students through Impact Aide funding. The funds supplement absent funding for schools from nontaxable Federal property taxes in a region or community. Most tribal communities aren't able to claim property taxes for schools, so NAFIS funds help to support the school curriculum or implement new programming.

Sacaton School's Superintendent, Dr. Cherryl Paul, wasn't present for the tour as she was attending the National Indian Edu- cation Association Conference. Dr. Paul was able to welcome the guests via telephone and thanked NAFIS for its continued support and for helping to "Move the needle and in- spire change" for the students at the elementary and middle schools.

Mrs. Velasquez attributed the success of the district to their board and was grateful to "showcase the forward movement and progress in the schools on tour.”

Two school programs were showcased for the delegation. The first was the school's Community Legacy Orchard, which is a prime example of how the impact funds are used to support new school pro- grams. Mr. Alberto Alaniz, a STEM instructor, gave background on the orchard and recent progress.

The orchard is in its third year. Alaniz's students recently won the state award for Samsung's "Solve for Tomorrow Contest," where they developed a non-lethal rodent control device used in the orchard. The second highlight of the tour was the STEM classroom, where students were learning the basics of coding and robotics. Upon arriving, eight middle school students were using iPads to program a robotic car. The challenge was to use math to set distances, turns, angles for the robot to maneuver from one side of the table, turn 180-degrees, and return.

Originally the coding program was only offered as the "First Lego League" after school program. With its success and popularity, it became incorporated in the schools K-8.

Anne O'Brien from NAFIS, said, "I'm really impressed with everything taking place here." O'Brien also shared that she wished her daughter had access to the opportunities Sacaton students have.

Larry E. Wallen also enjoyed the day and was happy to have toured the school. Sacaton Elementary is an excellent example for him to share when fighting to keep Impact Aide funds at the state and national levels. The tour gives both O'Brien and Wallen a clear picture of the successful use of funds and will continue to advocate for funding for the future. 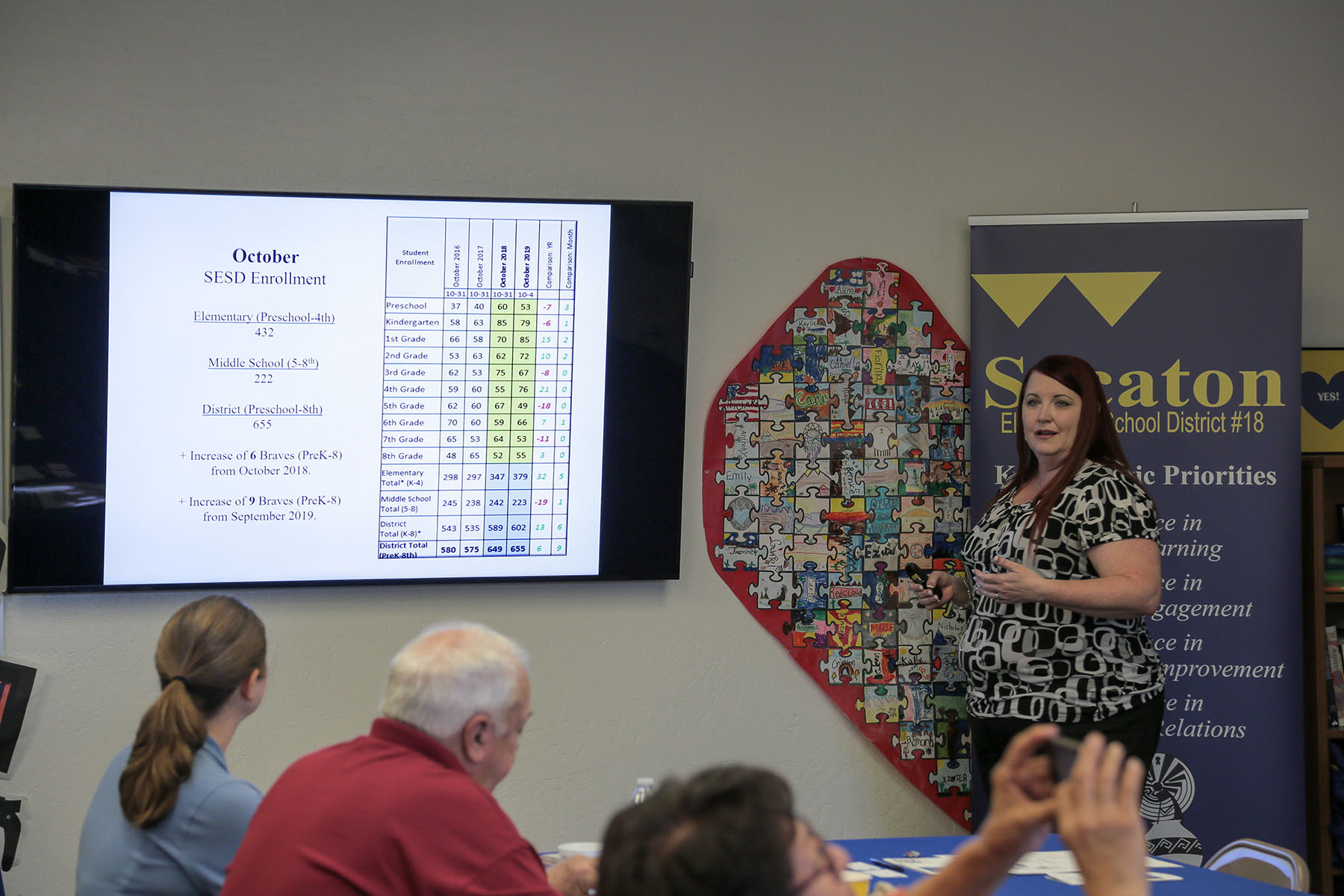 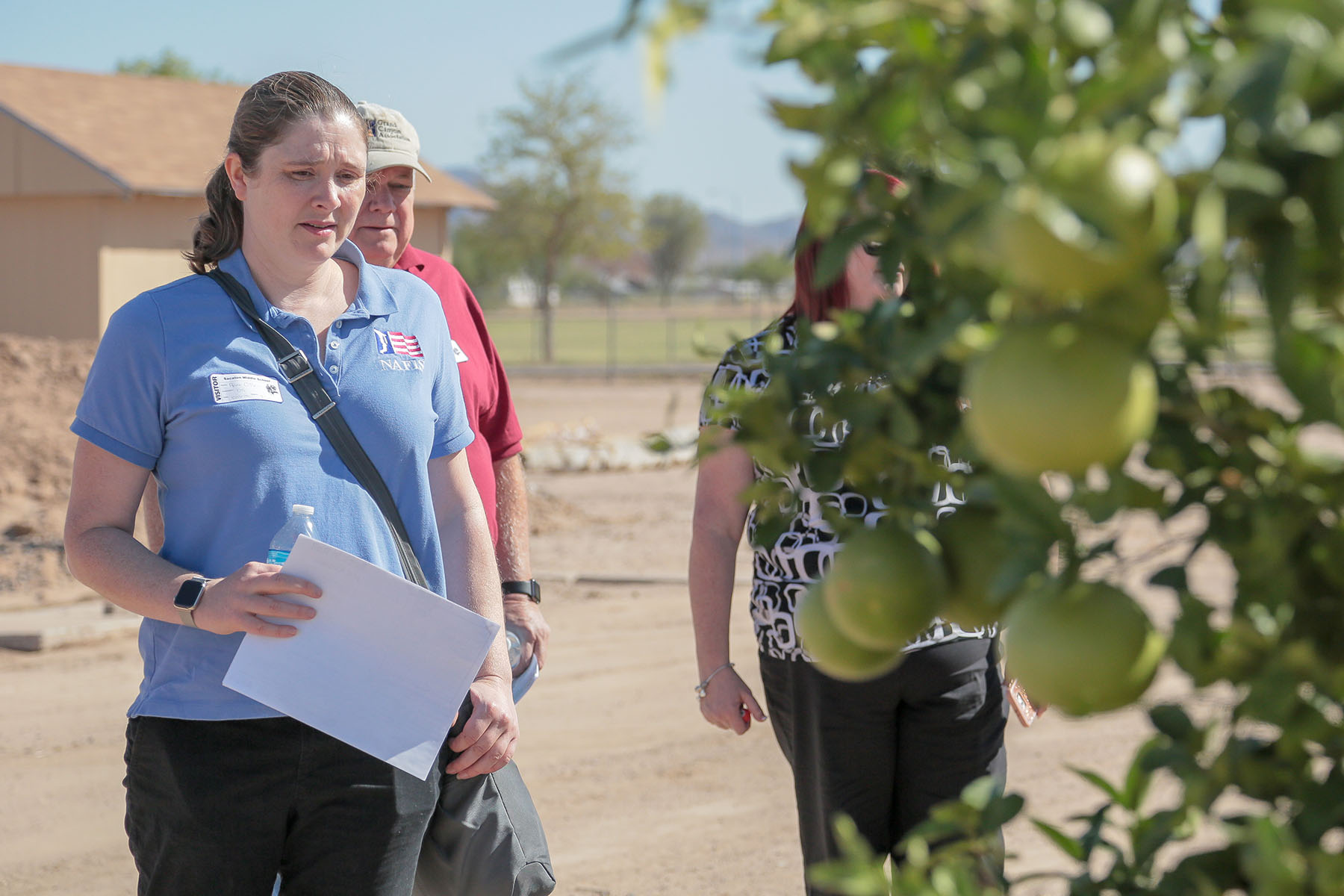 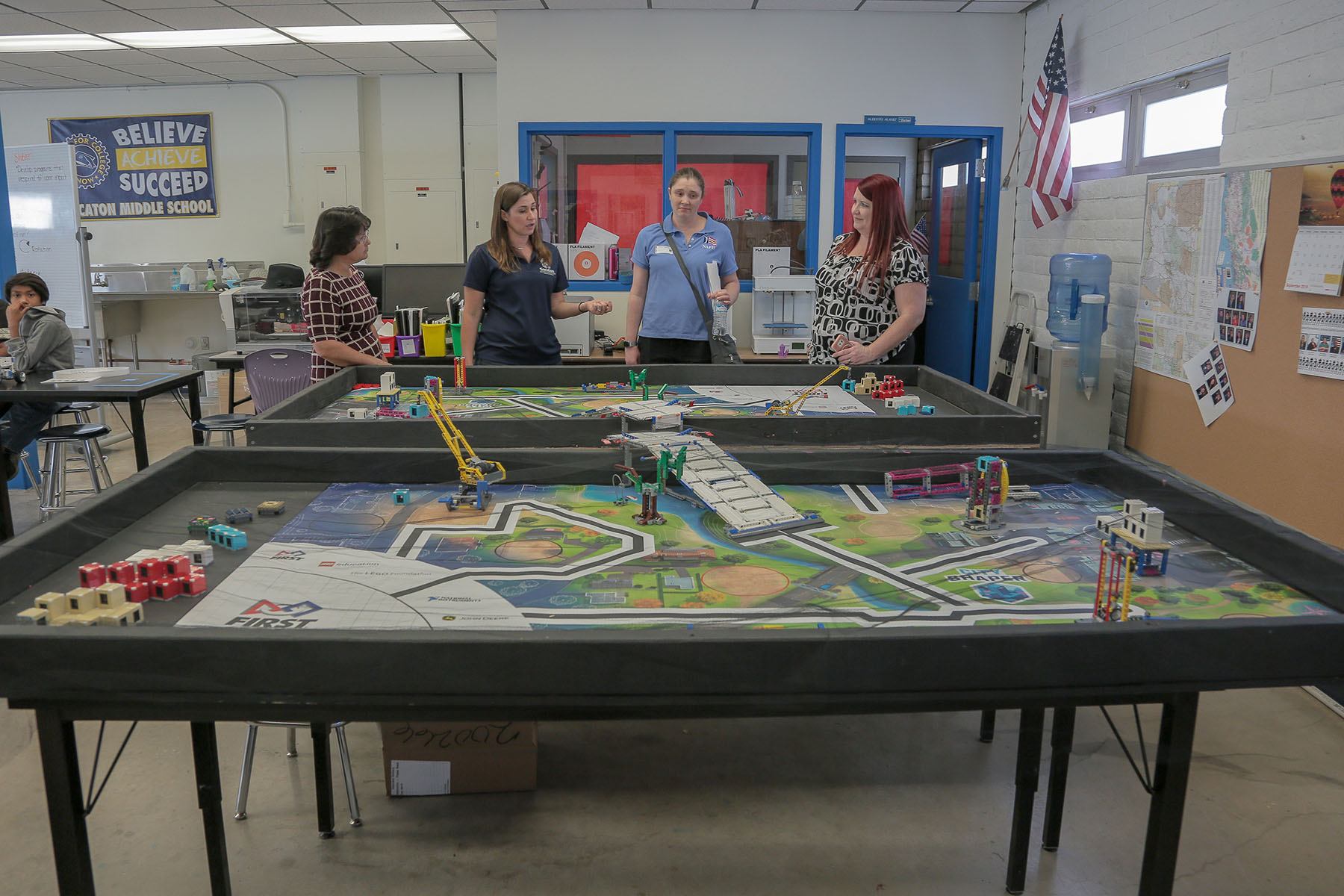