The Gila River Fire Department held a graduation ceremony for their recruit class of 2019-01. The graduation was held on Wednesday, Aug. 21. At the Anthony B. Shelde Building in Chandler.

The ceremony began with the posting of colors by the GRFD honor guard as family and friends were there in support of the four graduates: Collin Anderson, Todd Borner, Taylor Hawkins, and Steven Madril Jr.  Gov. Stephen Roe Lewis and Lt. Gov. Robert Stone also attended the event to welcome in the new recruits, “Myself and all of our leadership are so proud of you and we’re proud of how far the department has come and we’re excited to see how far we’re going to take this,” said Gov. Lewis.

The class introduction and recognition was given by Captain RTO Adrian Hernandez from the Gila River Fire Department, a photo presentation was shared of their time during training and the four graduates were sworn in by Judge Jay Pedro. 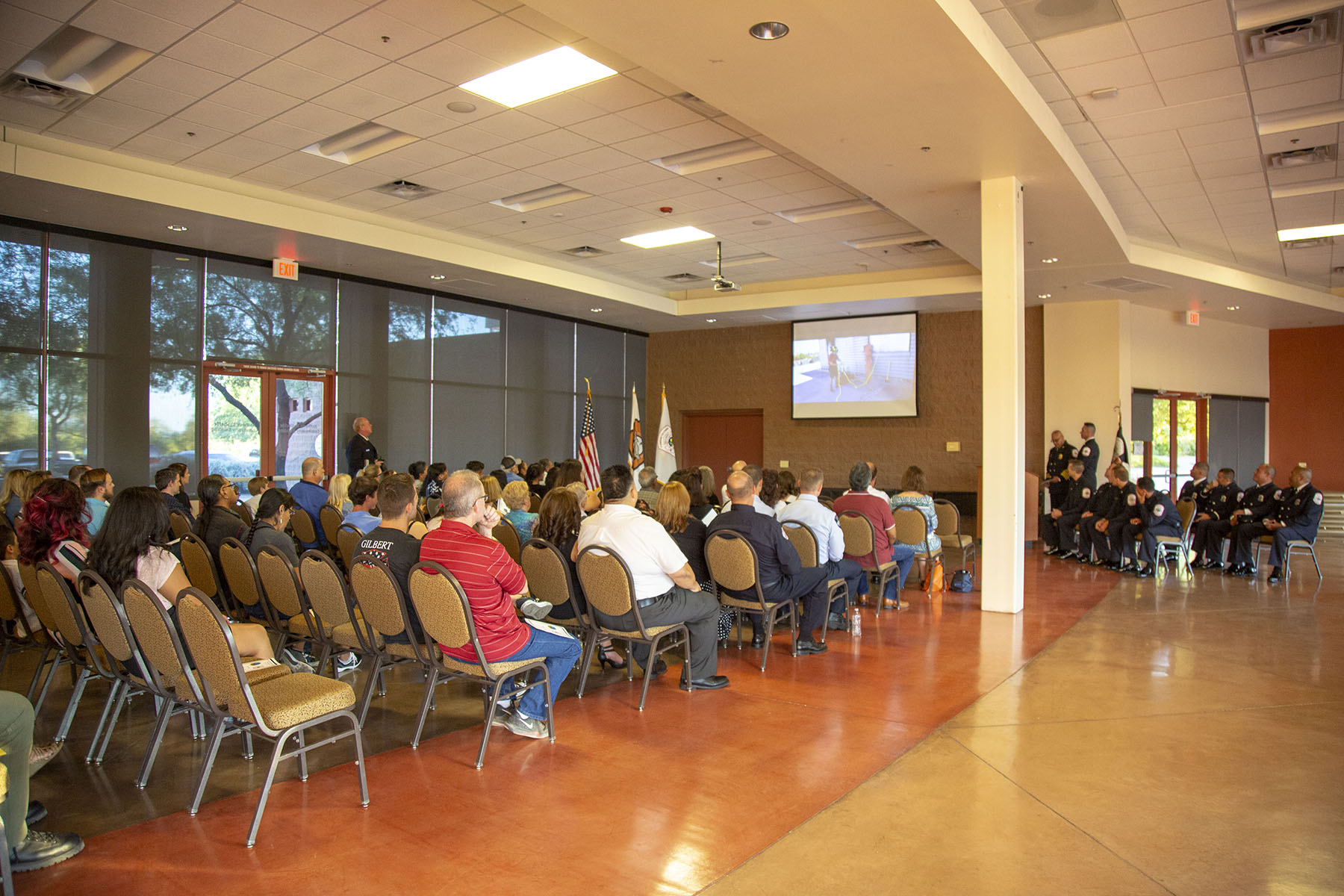 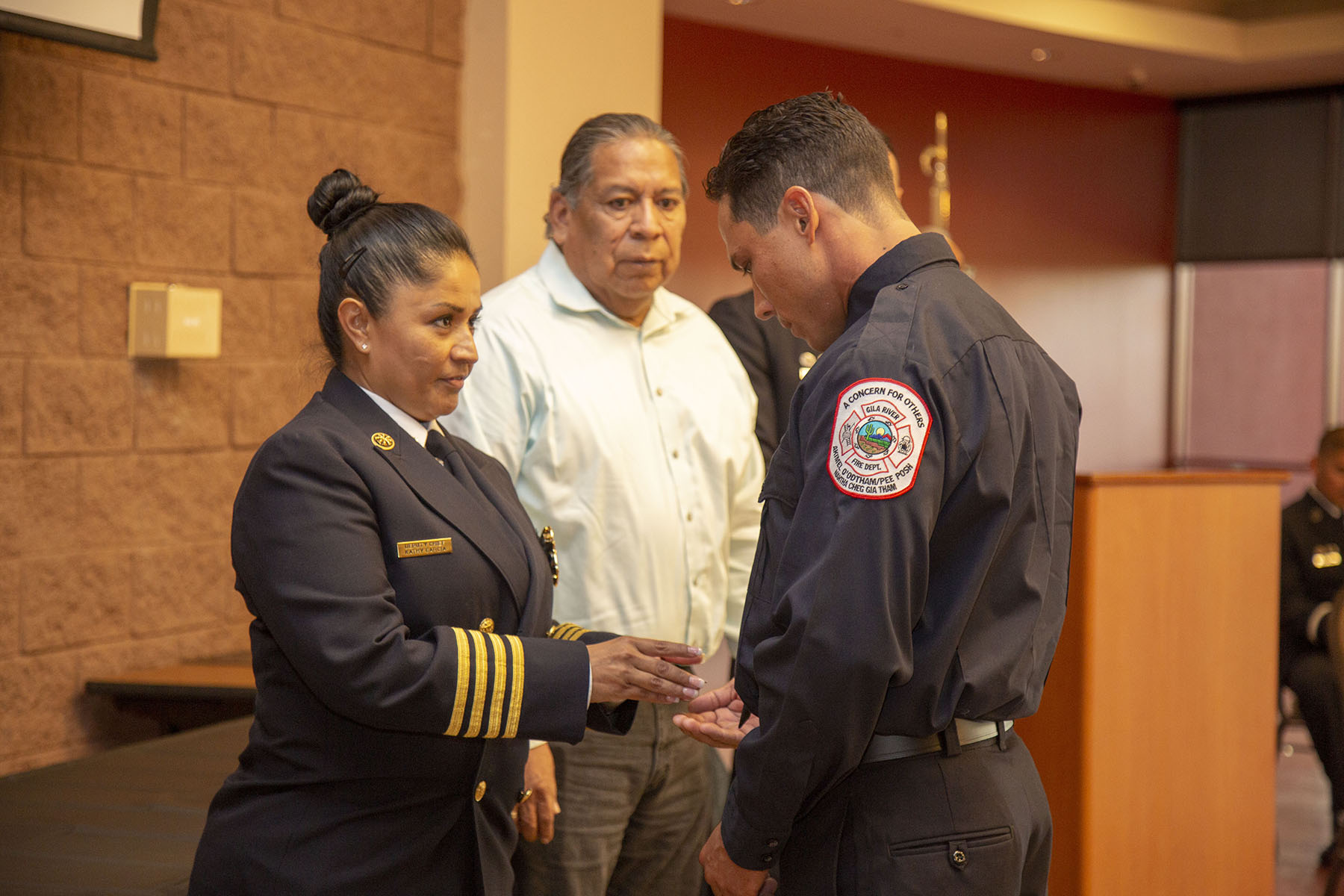 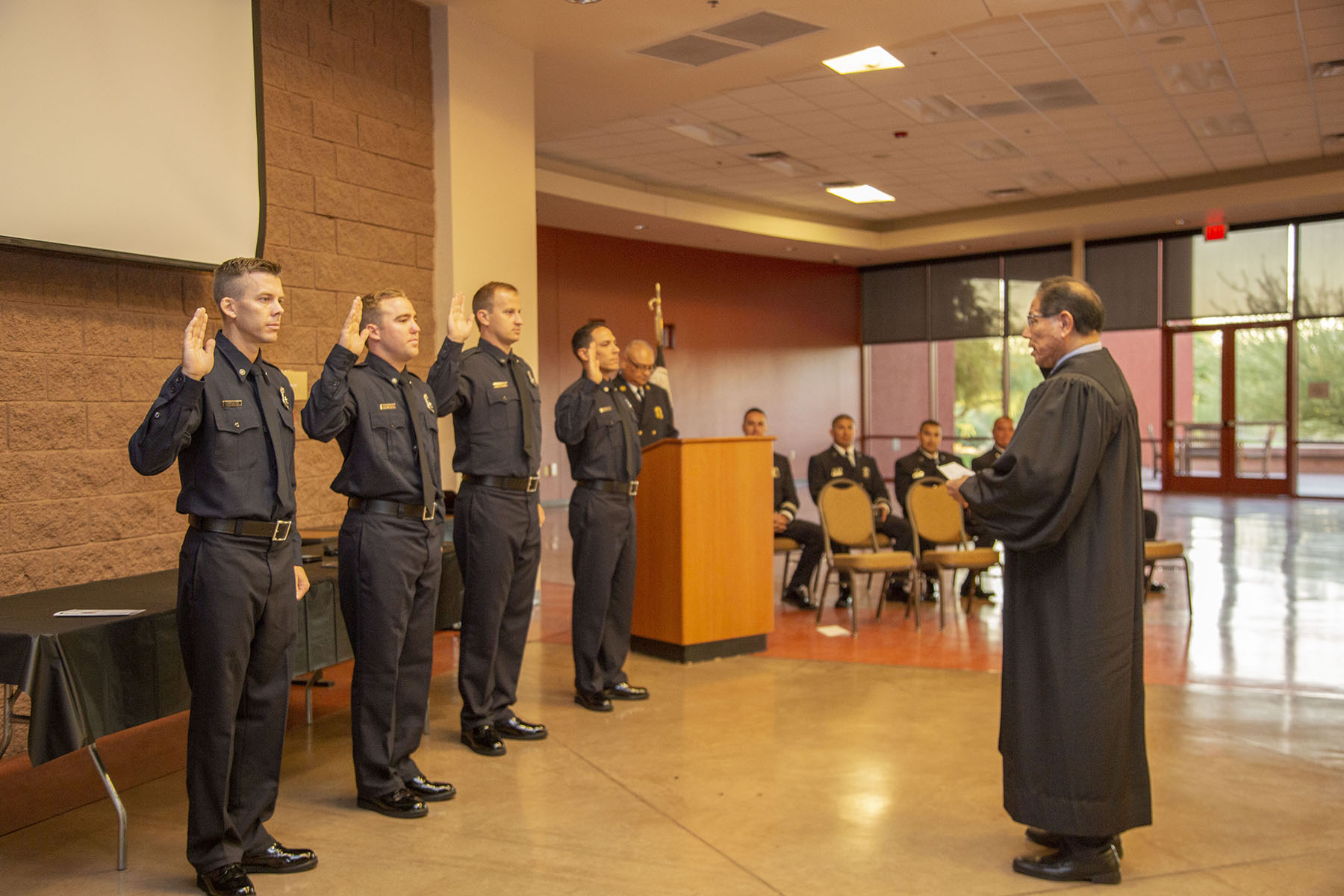 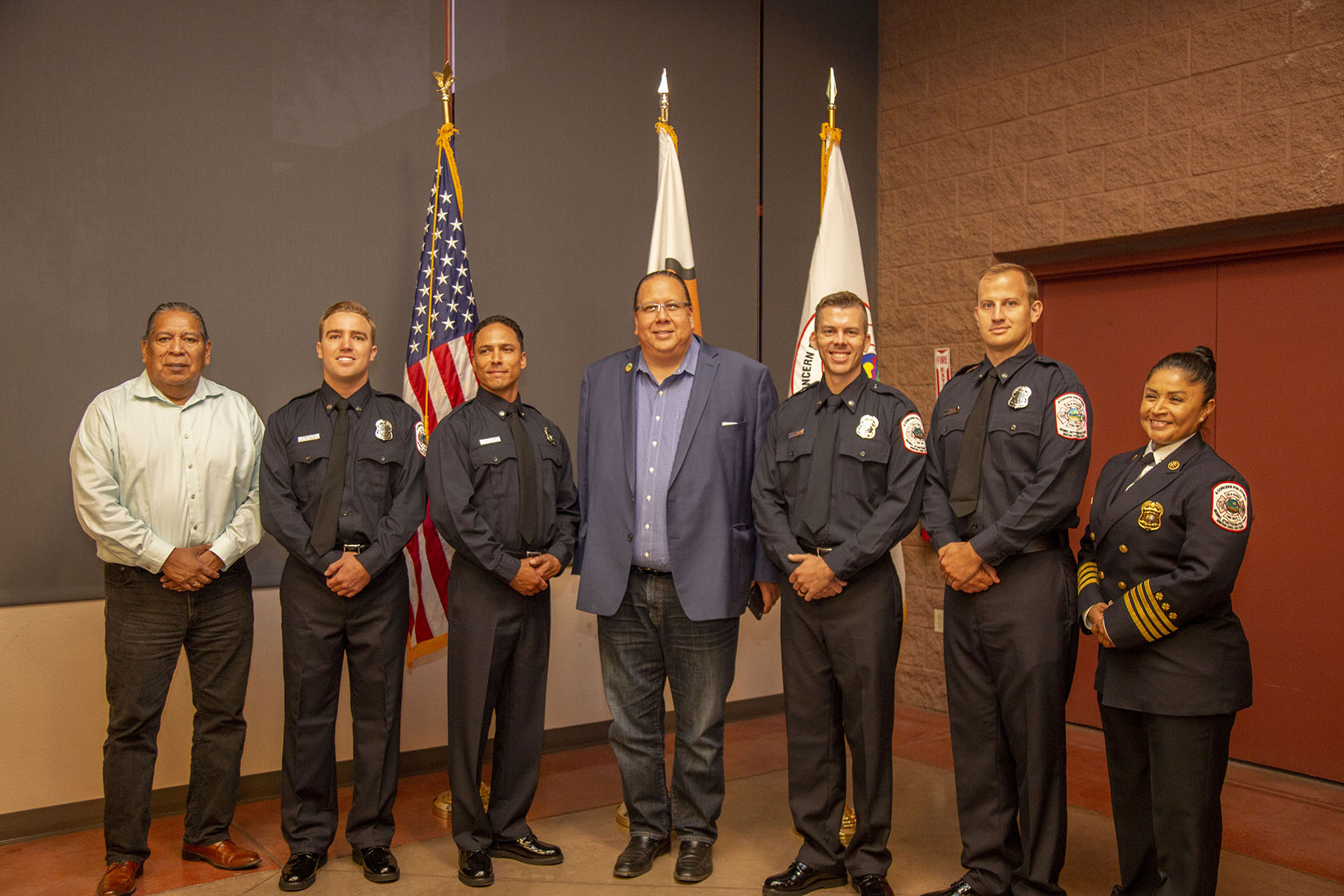