Gila River Police Department Chief Timothy Chavez and Department of Environmental Quality Engineer Manuel Fontes were recently recognized by Gov. Stephen Roe Lewis for their service to the Gila River Indian Community during an award presentation for the June and July 2019 Governor’s Employee of the Month.

“I started here in 2001, basically half my life has been here, I’ve been here almost 20 years and I am happy and humbled by this honor,” said Chief Chavez on getting the nod as the June Governor’s Employee of the Month.

“Your adherence to demonstrating all the principles of leadership have shown, especially as a professional working in law enforcement, among your officers and personnel, by holding them accountable,” said Gov. Lewis.

Fontes’ work with the Community’s environmental regulatory department earned him the award for July. He was also caught a little off-guard by the ceremony.

“I was surprised, I thought maybe I was going to answer a whole bunch of questions,” said Fontes.

Lewis congratulated Fontes on the award.

“You go above and beyond, that is a hallmark that we want to recognize with your efforts at the Department of Environmental Quality,” said Lewis.

“It’s a pleasant surprise, it’s really an honor to work for the Community, I have been a here a number of years and consider myself an honorary member of the Community,” said Fontes.

“He’s been our go-to-guy, when we are short-staffed to keep the program running. We rely on his technical expertise in all that we do and it is in good hands, because Manny is part of it,” said Antone. 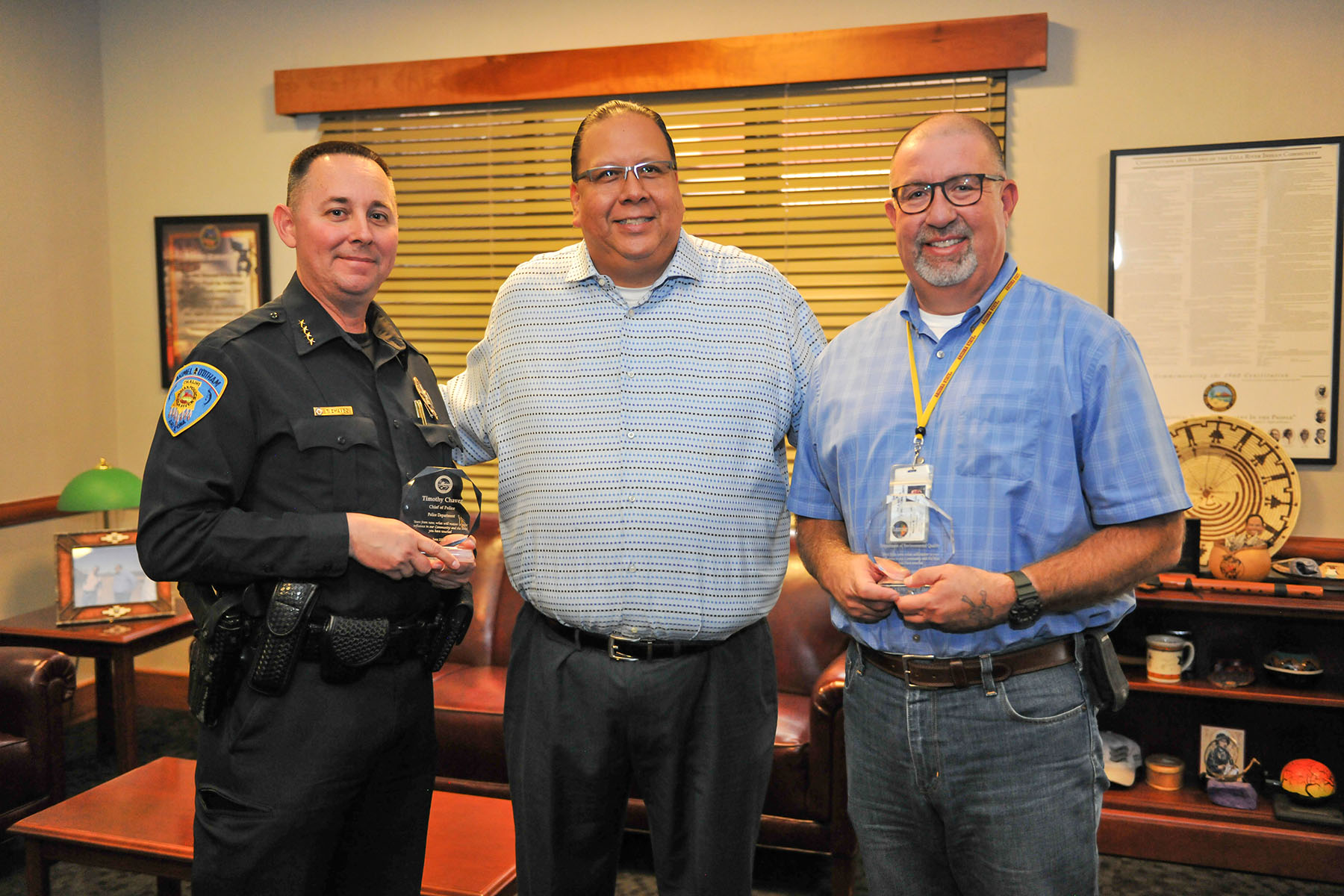