GRIN Articles > Gov. Lewis is recognized as an Honorary Champion for Change in D.C.

Gov. Lewis is recognized as an Honorary Champion for Change in D.C.

Gov. Stephen Roe Lewis was selected as an Honorary Champion for Change awarded by the Aspen Institute’s Center for Native American Youth (CNAY) at a reception in Washington D.C., on Feb. 11.

“He’s done so much for Indian Country and we’re really grateful that he’s able to accept this award,” said Nikki Pitre, Acting Executive Director for the CNAY at the Aspen Institute.

Every year in conjunction with the National Congress of American Indians Executive Session, the CNAY hosts what they call Champions Week and select five young people as Champions for Change. The Champions for Change program is a Native youth leadership initiative designed to highlight positive stories of impact from Indian Country.

Gov. Lewis was selected for championing young women and girls with his support of VAWA and his “vision for the next generation,” and “making sure that youth are empowered and that their voice matters,” according to Pitre.

The CNAY was founded in 2011 by former U.S. Senator Byron Dorgan and is a policy program part of the Aspen Institute. “We have grown into a lot of leadership and recognition programs, which includes Champions for Change,” said Pitre. 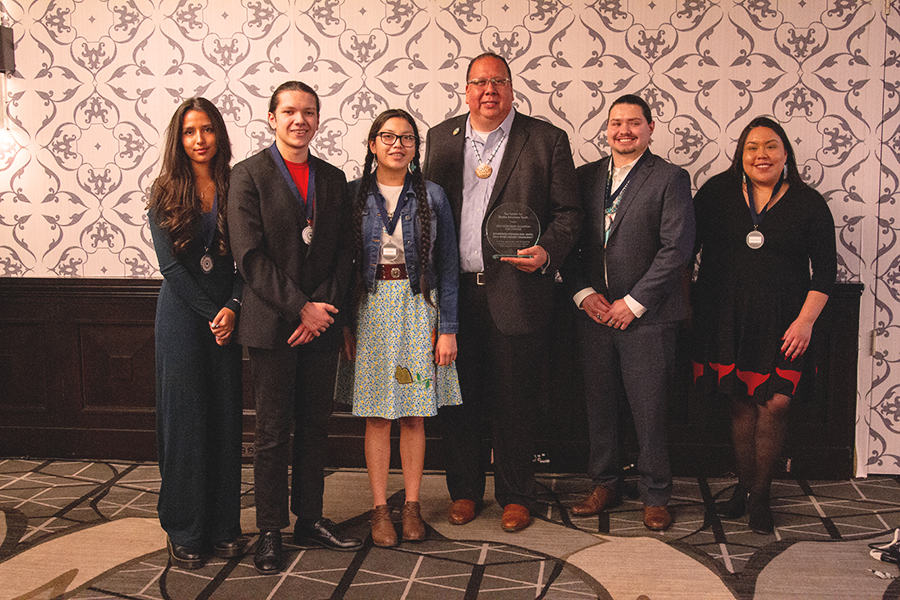