On Thursday January 30, 2020 Commander Jeffrey Hunter was recognized as the Site Based Big Brother of the Year at Big Brothers Big Sisters of Central Arizona's Big Event in Phoenix.  The Big Event is held annually in January during National Mentoring Month and honors all volunteers that give their time, skills and heart to mentor youth in the program and community.

Commander Hunter has been a volunteer Big Brother in the Gila River Site Based program at the Sacaton Boys & Girls Club for over two years and currently mentors two Little Brothers from the Gila River Indian Community.

Hunter was recognized for his consistent positive influence with his littles and his efforts to help promote the program within the Gila River Police Department and community.  Both of Hunter's little brothers congratulated him on his recognition and stated they think he is nice, funny, and kind and they enjoy playing board games with him and going to ZooLights recently.  Congratulations Jeff on being selected as this year's Site Based Big Brother of the Year! 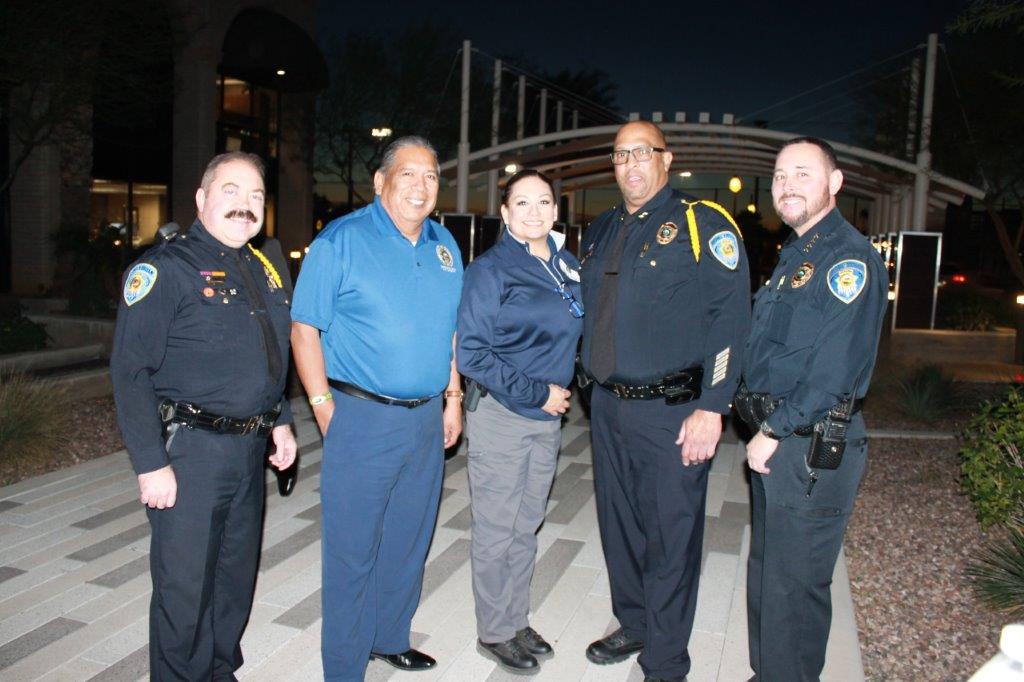