John B. Herrington was impressed by all the support for education in the Gila River Indian Community.  For a man who was the first Native American astronaut to go to space, his first visit to the Community was one of the highlights at the 5th Annual Governor’s Education Summit on Feb 8.

“It’s a Saturday, and there is an incredible number of elders, parents, and kids and everyone obviously cares about making time and opportunities to learn and see examples of STEA3M and it’s neat to see the Community come out in force to make a difference in the lives of the youth and Community,” he said in his keynote address at the Gila Crossing Community School.

Herrington is no stranger to public speaking engagements. Gov. Stephen Roe Lewis saw Herrington at the AISES Conference in 2019, and knew that the Community had to hear his story.

Hailing from the Chickasaw Nation and growing up in Oklahoma, Herrington is a decorated former Naval officer and spent 22-years in the U.S. Navy. He started his career with NASA in 1996 where he eventually flew aboard the Space Shuttle Endeavour and spent time on the International Space Station (ISS). While in space, he performed three spacewalks and helped assemble the first truss’ on the left side of the ISS.

But before he was an astronaut, Harrington was a struggling college student with low grades. He was the first in his family to attend college and thanks to the guidance of his mentors, he reshaped his education by surrounding himself with other motivated students. During this time, he realized that he could get more out of life than just the “bare minimum.” This attitude paved the way for a successful career in the military and with NASA.

Herrington has a unique approach to his speaking engagements.

“For the youth to look at me, hear my story, and say ‘that guy’s no different than I am,’ I’ve overcome some difficulties, come from a similarly rural background, a first-generation college student, listened to people who encouraged me and achieved a dream I had as a kid to be an astronaut,” he said.

Although he’s retired, he still remains active giving talks, writing, and doing extensive research on Native students. Herrington can also be seen in the newly released IMAX documentary, “Into America’s Wild,” which is currently out in theaters. The film follows Herrington, Alaskan pilot Ariel Tweto, and long-distance hiker Jennifer Pharr-Davis as they journey across the U.S. and to visit some of the most remarkable sites throughout America. 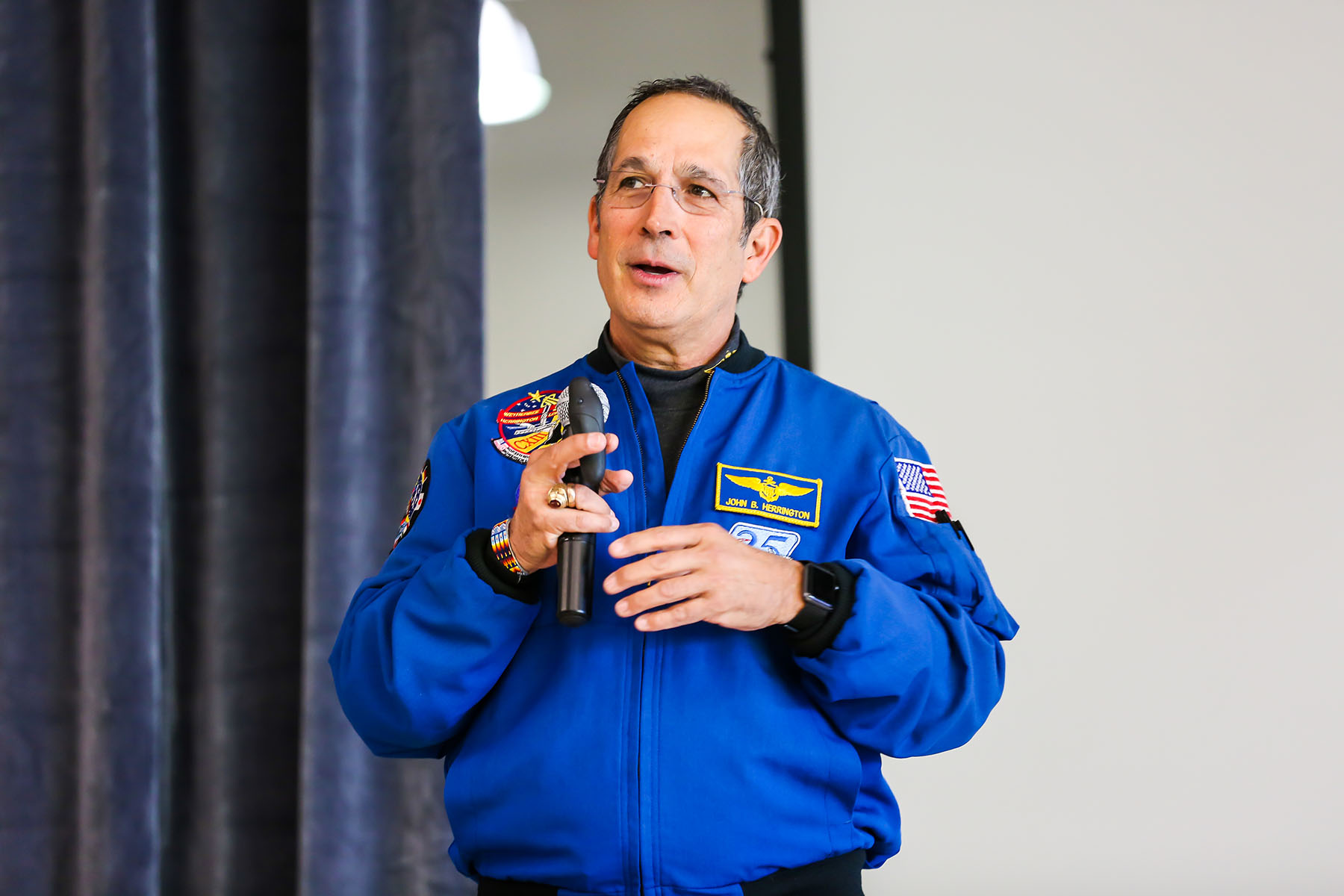 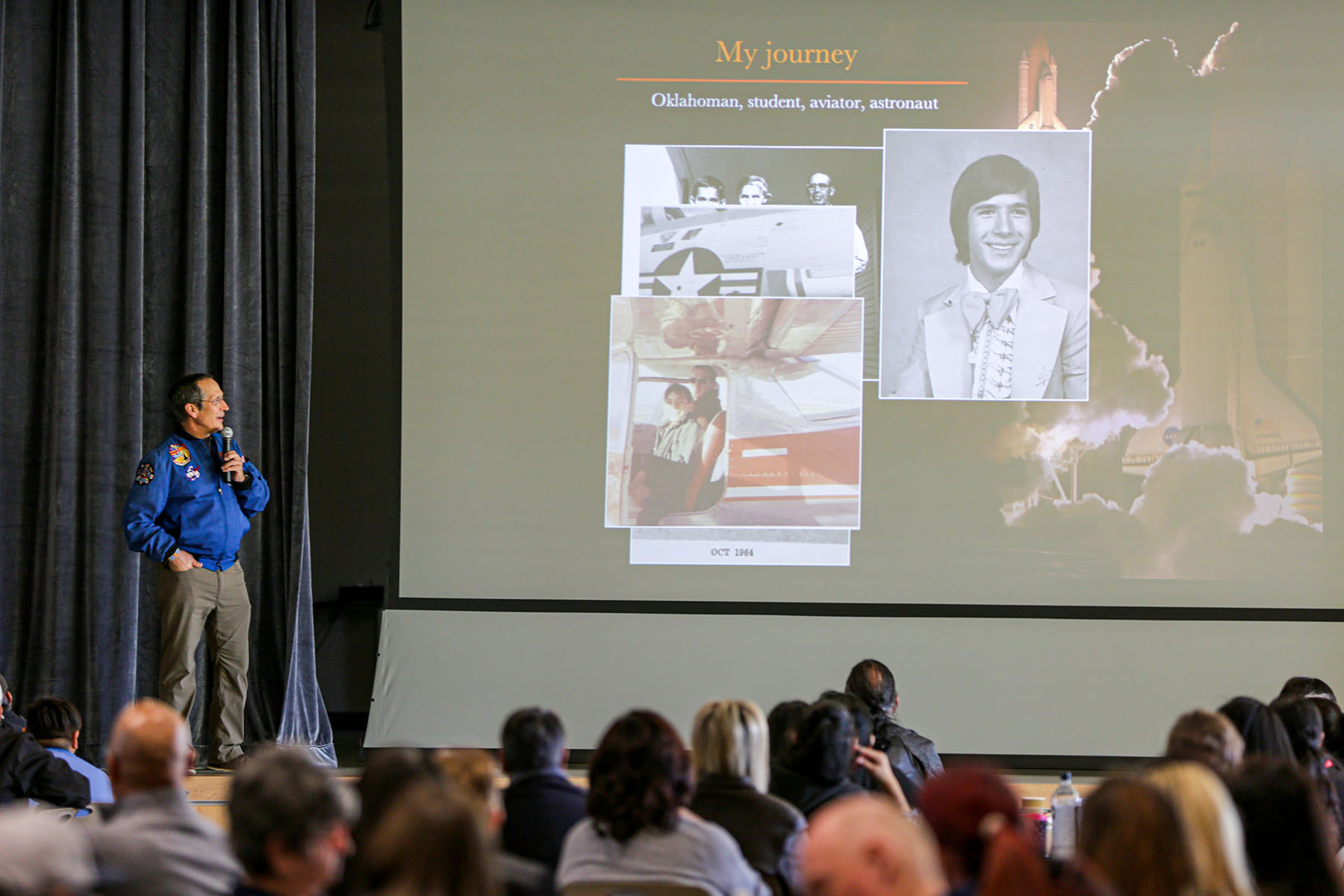