During January and February, Behavioral Health Services (BHS) is hosting "Family Nights" throughout the Community, which feature traditional O'otham and Pee Posh storytelling.  On Jan. 23, BHS staff hosted the third event at District 2 Hashan Kehk Service Center, where families were treated to stories, songs, and dinner.

These events bring families together throughout the Community to learn about O'otham and Pee Posh history. The stories provide context to songs as well as land marks and their significance.

Anthony Gray, from District 4 San Tan and is the Tribal Educations Cultural Coordinator, served as the guest to share those stories. Gray has been providing storytelling throughout the Community for the last five years, and this is the second year partnering with BHS.

Gray said that his goal is to help instill a better understanding of one's O'otham identity through the stories shared. "In every story, whether new or old, you find some knowledge and teaching there for us all, and I want the people to walk away having learned why we look at things the way we do," said Gray of his story sharing.

Examples of these stories can concern the Red Sky's Arizona is famous for and why it isn't' just pretty to view but serves as a gift and "good sign" to the O'otham.

Gray shared the story about the departure of the Pronged Horn Antelope from the O'otham areas heading West. According to the stories, the antelope once roamed throughout the region, today they are less common due to the result of a race near the Arizona/Mexico border translated as "Where the Roadrunner Runs." The story offers lessons of humility as well as the teachings about the burden that arrogance can bring.

These are just some of the stories that will be shared that provide meaning to landmarks, place names, songs, and their significance.

Gray used the O’otham names for places and animals, which helps understand their place in traditional teachings.

The events rotate throughout the districts and will feature various storytellers at each site concluding at District 3 on Feb. 12. Understanding the uniqueness of the Community BHS will also feature a Pee Posh Community member to share stories during the District 7 event on Feb 7. 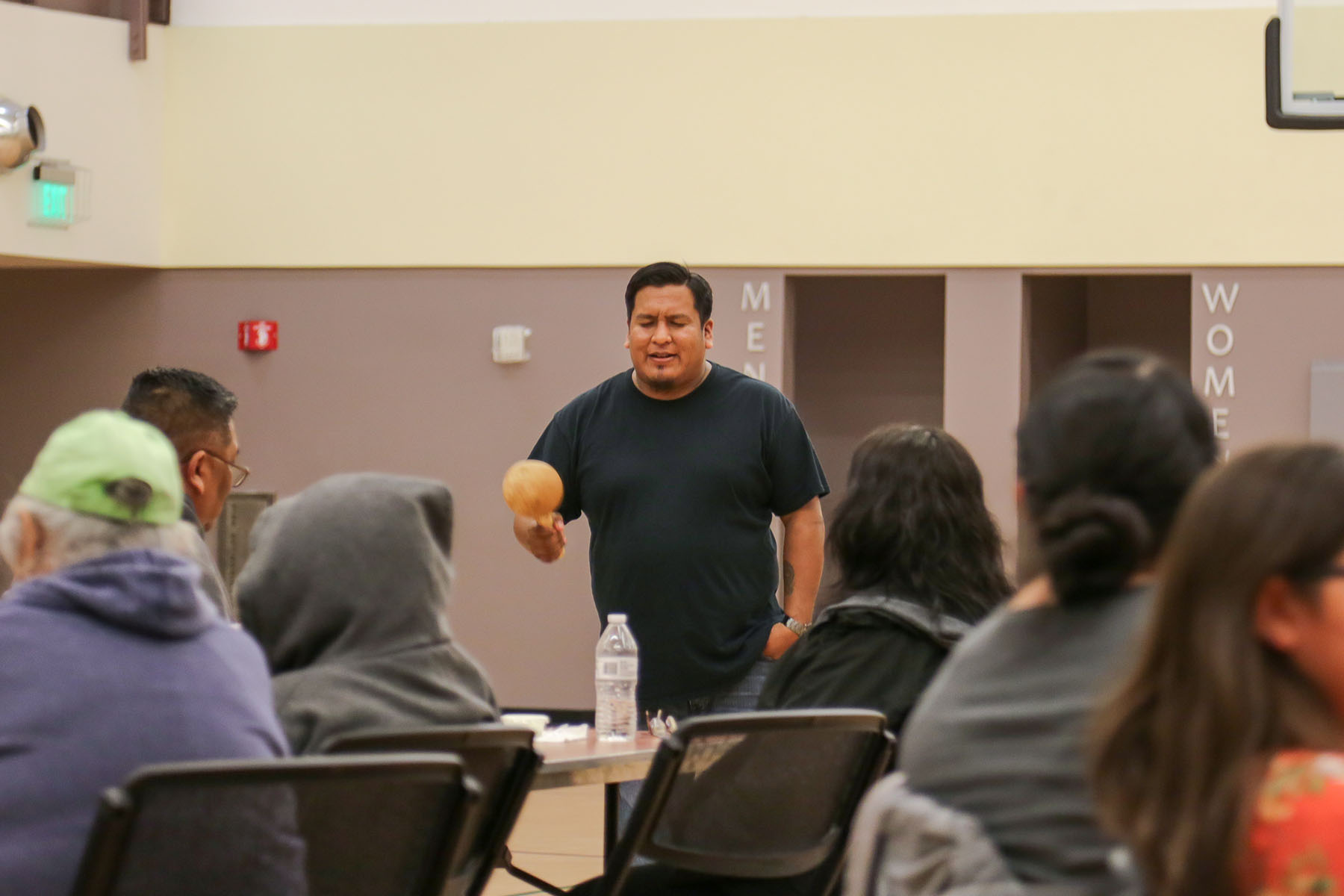