The Department of Environmental Quality carried on a tradition that started over two decades ago when they hosted the 21st Annual Winter Birdcount on Jan. 25. With Gila River Indian Community members paired with experts and volunteers, the Winter Birdcount is a way to learn about the bird population while visiting their habitats across the Community.

Groups met at three locations at 7 a.m. and were assigned to different areas to document the birds. Birdwatchers met in District 5, 6, and 7 then proceeded to outlying areas frequented by hawks, ducks, eagles, woodpeckers and the diverse multitude of bird species found in GRIC.

Cynthia Brown, was among the Community members to attend at the District 6 site, and said that she would encourage others to take advantage of next year’s birdcount, especially for families.

“It’s just something that’s outside of our own element. It’s time to pause and take a breath and look around and be appreciative.”

Brown’s group was escorted by a staff member from DEQ and rangers from the Gila River Police Department to all the assigned sites before lunch and cultural activities held at the MAR5 Interpretive Trail.

Audubon and other bird watchers followed the groups as well including Steven Prager who has participated in this event for several years. Prager, who is the Important Bird Areas Program Associate for Audubon Arizona, said the bird count is a way to connect the Community with the birds and the places that support the bird population. According to Prager, the presence of birds can reveal a lot about the places they inhabit.“They let you know what’s here in the environment,” said Prager.

The presence of a certain species will let you know what else is in the area based on the dietary and environmental needs of the birds.

Woodrow Crumbo, DEQ, served as the group leader, guiding everyone to the Pee-Posh Wetlands in the District 7. Crumbo said, “the goal is not only to count the birds we find there but also monitor any new species that are present in the region.”

Gov. Lewis remarked on the significance of hosting the activities following the bird count at MAR5. “This is a special place,” said Gov. Lewis.

Gov. Lewis used MAR5 as an example of the environmental work the Community is doing especially with the bird population; 121 birds have documented at the MAR5 site alone.

Representatives from each group also shared their results and what they saw in the field including mourning doves, ravens, cactus wrens, herons and black phoebes, among others. 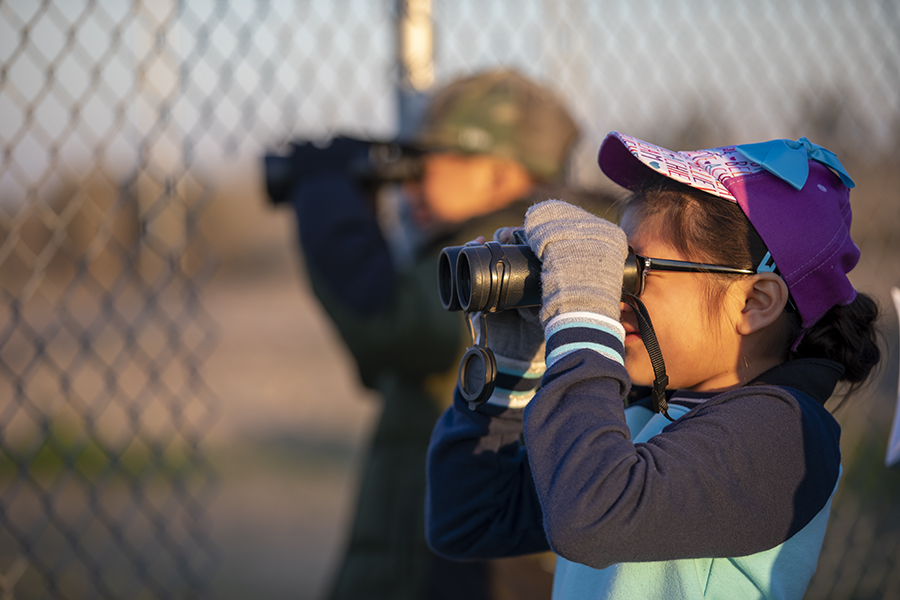 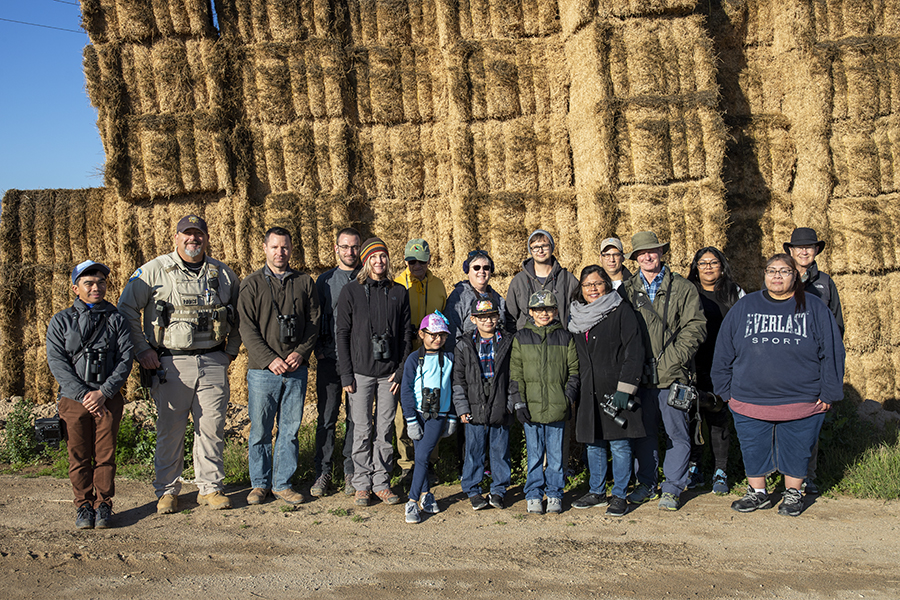