Mentors and professionals from Honeywell and Si Se Puede Foundation, assisted the students with their underwater robots through a program called SeaPerch. SeaPerch is a robotics program, that tests student’s skills in the building of Remotely Operated Vehicles (ROV).

According to the Si Se Puede website, “Students build the ROV from a kit comprised of low-cost, easily accessible parts, following a curriculum that teaches basic engineering and science concepts with a marine engineering theme.”

“We want to get more of these programs out into the Community,” said Alberto Esparza, President and CEO of Si Se Puede. He said Si Se Puede organizes robotics programs, that serve 150 students, which includes students at the college level.

“It’s a relationship, that we hope to have for several years with the Community,” said Esparza, “[We] would like to introduce them to more robotics programs through Si Se Puede.” One of those is the potential to compete in a national robotics competition in March, held in Boston, Mass.

The students cut, drilled and assembled the underwater robots, which require a base, to house the fan, motors, and other essential accessories for control and navigation underwater.

“Right now, they’re learning how to fabricate, put together the motors and work as a team. It’s great, because they’re picking it up so quickly,” said Esparza.

“This is my first time being out in the Community,” said Vice President of STEM Diversity Kari Rosas. “I recently graduated last May with a Master’s degree in Biomedical Engineering,” said Rosas.

“It’s important for them to have the support,” said Rosas.  “I grew up in Mexico City, I never had that support when I was younger. I think this is great that they have support system here,” she said.

Esparza added, “It’s understandable these kids have a role model, we know it’s important to have someone they can relate to that can mentor and inspire them.”

Two brothers, with experience in building robots of all types, were brought in to help the students, “When I was in fifth grade, [we] got started in drones, it was fun, because we got to get out all the time,” said Josiah Ochoa a freshman at Casa Grande Union High School.

Josiah and his twin brother Jacob, helped the younger students construct their underwater robots. “We are acting as teachers for the kids today, we wanted to help the students with their robots,” said Jacob. His main interest is in programing, “I want to learn how to do it, it’s something that has interested me since I was in sixth grade.”

“Today I’m a mentor, we have them cutting PVC pipe and putting them together,” said David Bluestein Honeywell Technical Manager. He said the goal is to get the students thinking about how they can problem solve, work as a team and use critical thinking skills to complete each task.

“When I was a kid, we were poor and we had to make due with what we had, it took one person to get me into engineering and so I like to give back,” said Bluestein.

He said it’s his fifth year helping the students out in the Community, it’s a part of his interest to promote STEM based activities outside of the confines of his normal workplace.

After completing parts of the building their ROV’s, the twin brothers placed a fully constructed vehicle in a pool, where they demonstrated how the finished ROV’s will perform, once they are completed. The students also, had a chance to control the ROV, which could be submerged to lower depth of water and move like a submarine. 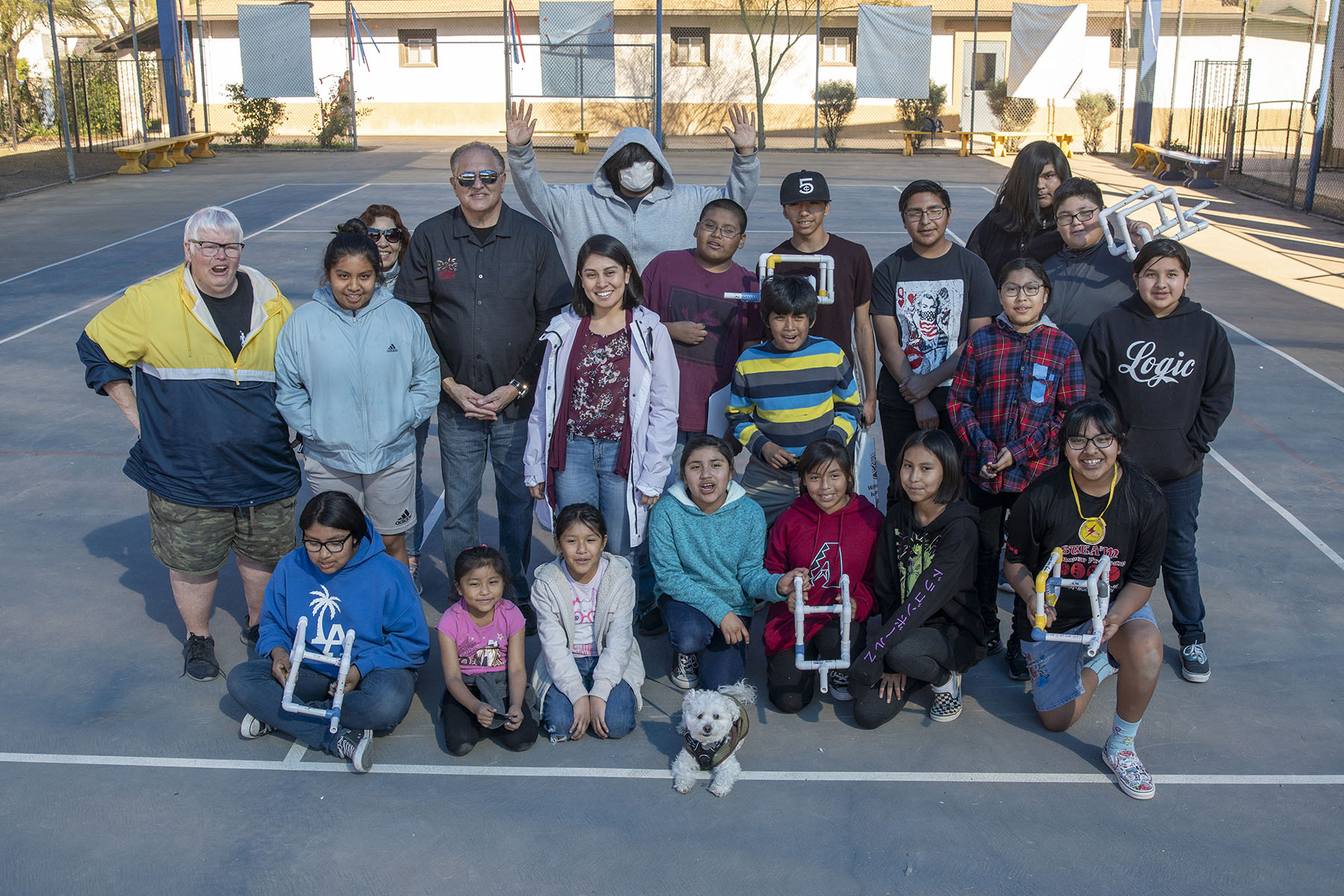