Mark Kelly, a retired astronaut and the identical twin brother of Scott Kelly (also a retired astronaut from NASA), is on the campaign trail running for the U.S. Senate. Kelly visited with Gov. Stephen Roe Lewis and tribal leadership at the Governance Center and toured the Managed Aquifer Recharge 5 Interpretive trail on Jan. 22.

“I’m spending a lot of time trying to learn all [these] issues,” said Kelly. Kelly a year ago, officially announced his bid to run for the 2020 United State Special Election in Arizona. From his time visiting communities across the state, Kelly said there are different issues within different communities on what Washington D.C. needs to hear.

Kelly had questions about the population of the Community, culture, education and how GRIC is managing its water rights. Among Kelly’s questions, was the issue of crimes committed on tribal lands by non-members, which Lewis said is taken very seriously through a coordinated system of law enforcement and judicial system.

“We’re very rural, but we appreciate how we are very close to the land, a humble people, even though we’ve have been successful with gaming, we cannot forget our duty as stewards over the land,” said Lewis. He said GRIC has been very innovative in water conservation and preservation.

Lewis said, “We plan for the future, that’s where our mind set is at working together as seven districts, with a 17-member council.”

Kelly was also interested in education in the Community and Gov. Lewis highlighted the new Gila Crossing Community School in District 6 as well as the teacher cohort program through Arizona State University.

“We are bringing it back, it’s a community effort to work with our elders on programs to bring classes out to the Community,” said Hogg.

The conversation also included GRIC’s agricultural activities in relation to the water. “Some of our own small farmers as well, we want to encourage them,such as Ramona Farms, who have literally brought back some of our heirloom crops, or traditional crops,” said Lewis.

Lewis said the return of the Community’s access to water allows GRIC to build a state of the art water delivery system for farming purposes, while preserving the surface and underground water levels.

“We have CAP water, which can be costly, but we are also building our other sources of water, which will help us in times of drought conditions,” said Lewis. He said the Managed Aquifer Recharge 5 site is one step the Community is taking to recharging underground aquifers, while bringing back native plants, which are used for traditional arts and crafts.

The group also discussed House Bill 2570, which was established to collect data on the severity of missing and murdered indigenous women and girls. “I sit with Peshlakai on the MMI committee, right now, we are pushing to have law enforcement and federal agencies to present the data,” said Monica Antone, District 4 Council Representative.

She said other measures, such as the Violence Against Women Act, are under revision to include children as victims of domestic violence. Other provisions, that are on the table were to prevent offenders from owning a firearm or having access to them. “I think there has to be provisions there in some way, shape or form, we need to support to push those things forward,” said Antone. 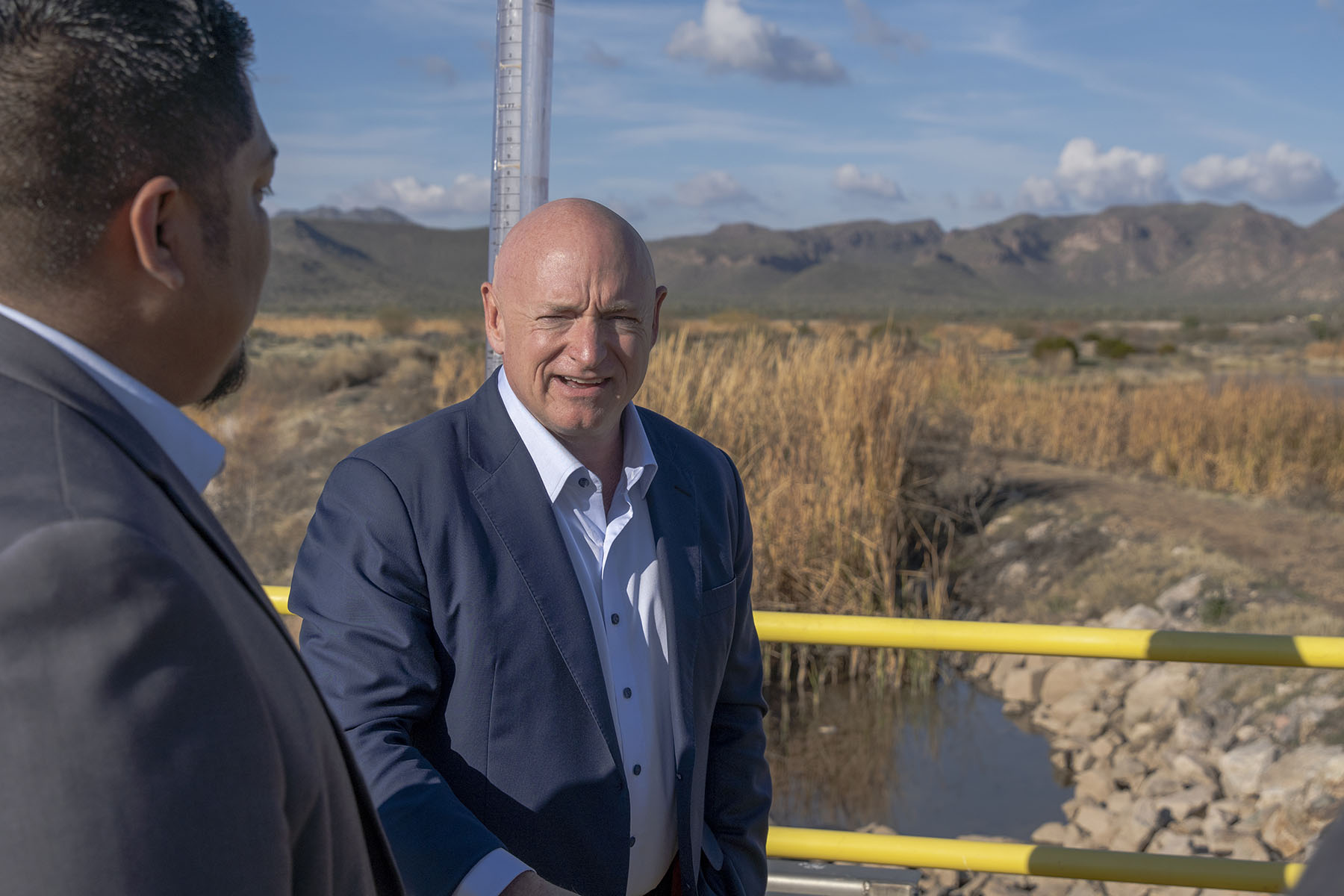 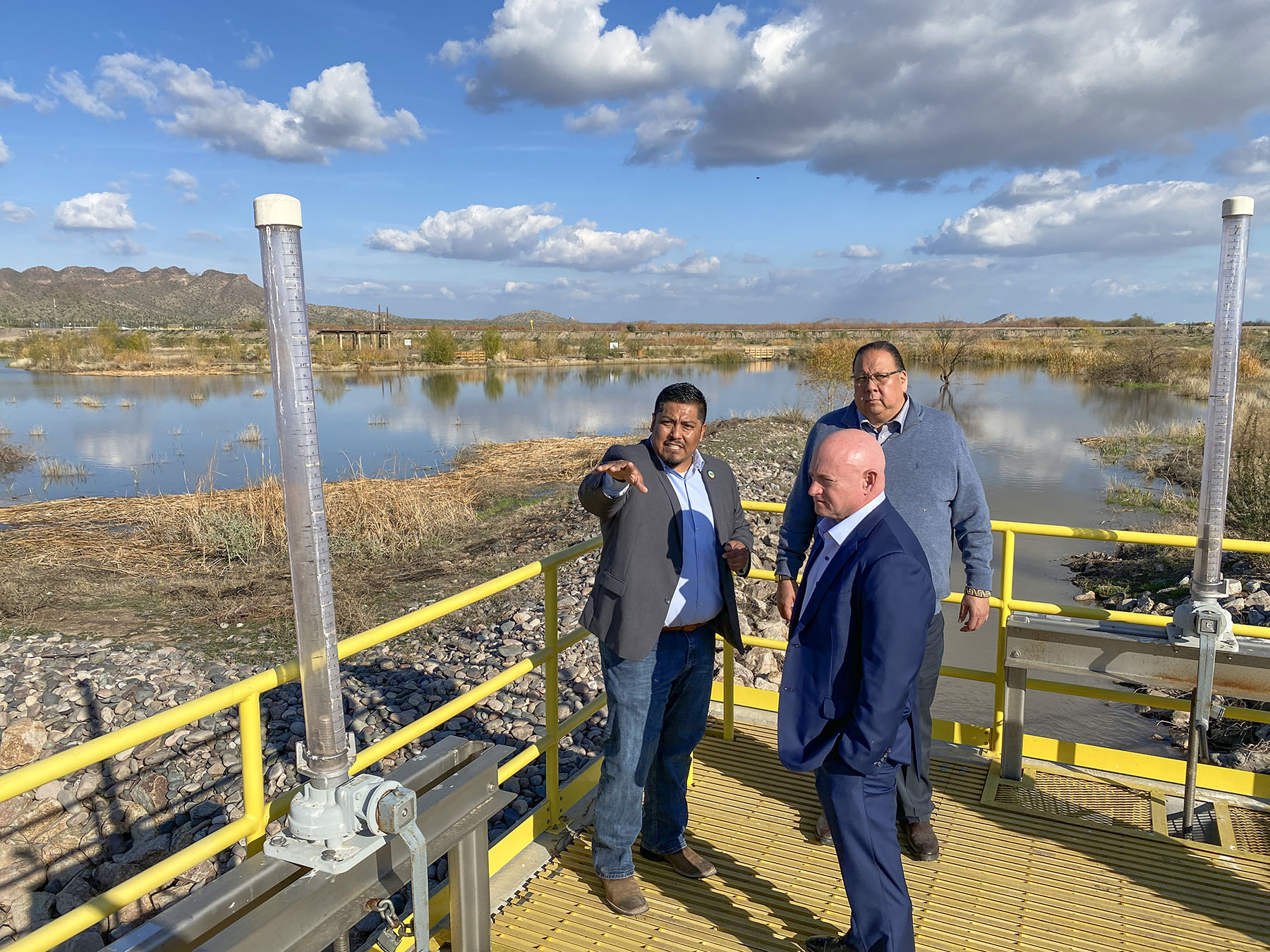