In addition to the ceremony, Arizona Governor Doug Ducey gave his State of the State address, outlining his top priorities for the new year, which included education, veterans, public safety, economy, among others more specific to the state and to the Gila River Indian Community.

“Last year the Drought Contingency Plan was passed. It was the most significant water policy in 40 years. We will continue to protect Lake Mead, the Colorado River, groundwater, and our ag jobs,” said Gov. Ducey.

The Community has the largest allocation from the Colorado River. The DCP was signed in May of last year and it is designed to help stabilize the river system and to help reduce risk of the system reservoirs falling to critical levels. “We have a water supply that is being protected and is being conserved through this plan and of course the Community was key to that” said Gov. Lewis.

The Community along with Arizona’s other 21 tribes, have been negotiating with the State over the last three years.  “We hope that we have a compact that can be approved this year,” said Gov. Lewis.

Completion of the I-10 widening will include the construction of a six-lane bridge that crosses over the Gila River. “This replaces a 56-year-old bridge. 62,000 people drive over it every day. That’s 23 million a year. So let’s break ground ASAP,” said Ducey.

The widening of I-10 has been an issue for the Community. One of those issues and concerns is that when there is an accident that occurs or any type of crime, traffic gets re-routed through the Community with roads that weren’t engineered for that size of traffic. “Our Districts are very concerned about that and that’s good that Governor Ducey put that as one of his critical issues for the Community and for us, it’s important that we’re at the table,” said Gov. Lewis.

For a complete list and for more information on Arizona Governor’s 2020 State of the State address, you can visit azgovernor.gov 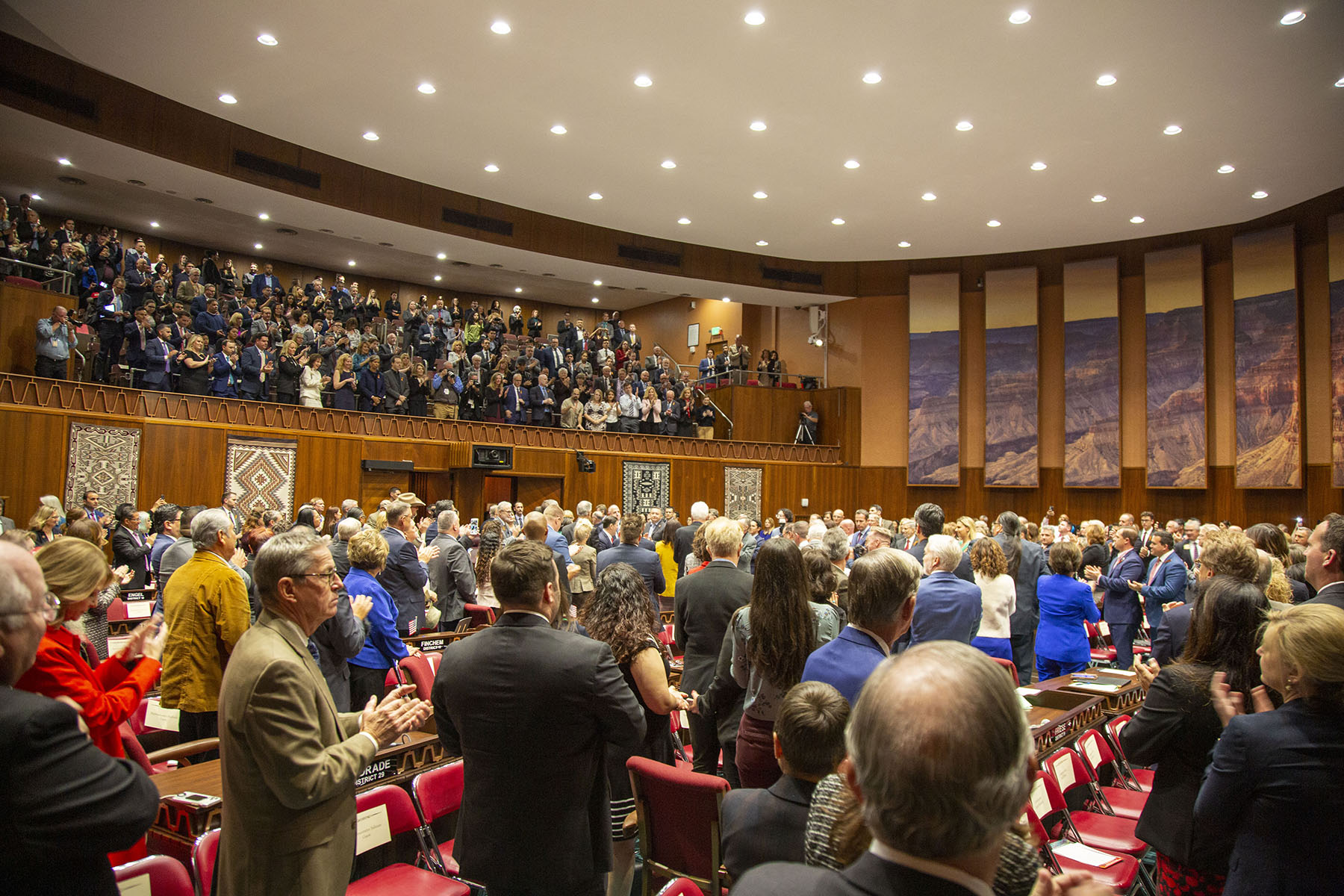