Hunters show up for rabbit hunt on New Year’s Eve

District 1 hosted their annual jackrabbit hunt coordinated by District 1 Recreation. The hunt is open to all Community members. As many recall, the hunt has been going on for as long as 40 years, at least and has brought out as many as 80 hunters. This time it brought out 31 hunters for their New Year’s Eve hunt.

Lt. Gov. Robert Stone was among those at the District 1 jackrabbit hunt at 6 a.m., and signed the waiver and rules form. Lt. Gov. Stone also participated in the traditional blessing by Barnaby Lewis and joined in the hunt until 10:30 a.m.

Those participating met at the multipurpose building in the early morning, where they signed waivers and were given shirts and awaited further instructions for the hunt. A “head hunter” is designated for safety and to guide the rest of the hunters.

They began the hunt behind the Keli Akimel Ballpark and spread out towards the canal. Hunters are only allowed to use their own firearms, shotguns are preferred. No other weapons or modifications are allowed. Once the hunt is finished, everyone gathers back at the multipurpose building where they prepare the rabbit into a stew for the District’s New Year celebration. 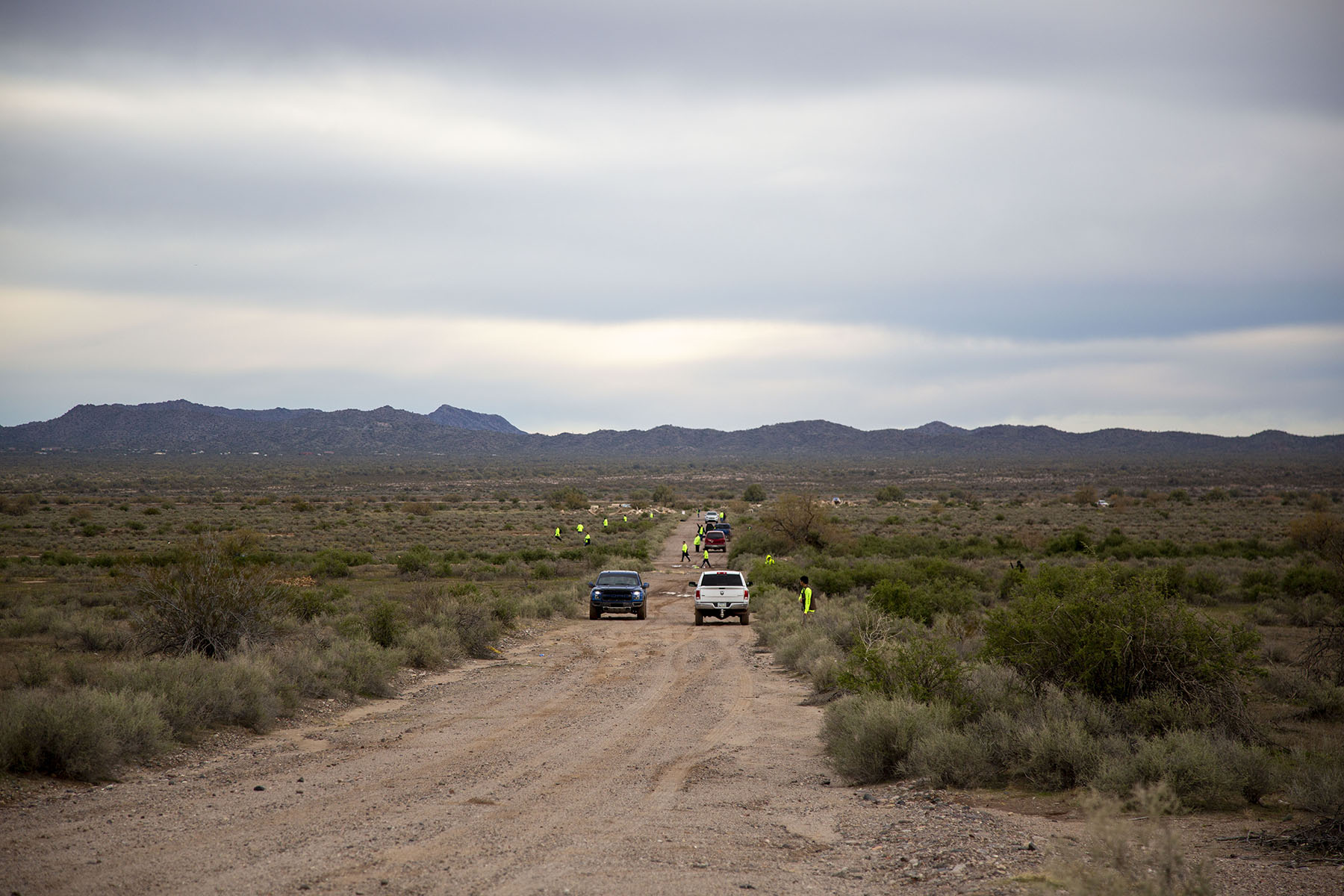