The event brought in 75 families who filed into the parking lot for a drive-in style celebration with speakers, gifts, and entertainment.

“Initially we thought about a parade, but there’s so many going on, then Governor suggested the Motorsports Park that is already equipped with a concert stage and sought sponsorships for the event and said let’s try it,” said Tribal Education Department director Isaac Salcido.

Hart said, “It’s set up like a drive-in, but we’re abiding by all the CDC and Community safety guidelines and masks are required.”

Hart was pleased to have such an event stating, “I want to celebrate the graduates for 2020 in any way, especially for those first-time graduates while honoring the struggle everyone endured to graduate this year.”

The entire parking lot was outfitted with designated parking areas for families with gates to keep a safe distance. The parking areas were large enough for cars and families to sit outside their vehicles for the evening.

Gov. Stephen Roe Lewis said he looks forward to recognizing GRIC graduates every year and he was happy it continued despite the current circumstances.

“I know it took perseverance and determination to get to graduation this year. Those strong traits will serve you well, no matter what you decide to do in the future,” said Gov. Lewis.

“Be proud, be strong, and stay together as a family and never forget our culture, our songs, our language, our pottery because it makes us elders feel proud because you’ll continue it as you go along,” said Lt. Gov. Robert Stone.

TED staff read out the names of all the graduates, and handed out awards and incentives to students during check-in. The event concluded with a fireworks display. 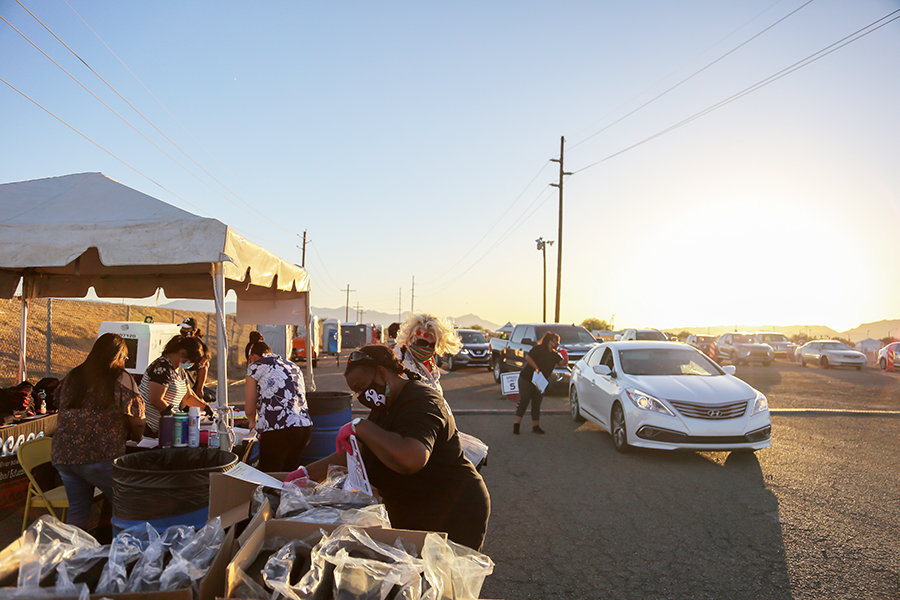