Gov. Lewis, accompanied by Willard Antone III, director of the Department of Environmental Quality, met Bernhardt at MAR5 for a walk through the interpretive trail and the many environmental features of the site. Bernhardt said he was familiar with GRIC’s water settlement and water management from his previous work with the late Rodney B. Lewis.

Hogg advocated for legislation to move forward that would take the Blackwater Trading Post land into trust. Redbird talked to Bernhardt about finalizing the land transfer in the Estrella Mountains that were part of the trust accounting claim legislation which was passed last congress. White updated McSally and Bernhardt on Casa Blanca Community School as the next school construction lease back project similar to the successful effort with the new Gila Crossing Community School.

Lt. Gov. Stone said the face-to-face meeting was productive for both sides.

“We covered a lot of ground this morning,” said Lt. Gov. Stone.

The roundtable segued into a tour of Lone Butte’s employee testing program and the safety measures put in place for the reopening of the casino such as plexiglass, PPE for team members, reconfigurations conducive to physical distancing and stringent cleaning practices.

“They both were very impressed with the measures we have put in place to combat COVID-19,” said Gov. Lewis.

Gov. Lewis, McSally and Bernhardt met with local media following the tour for a question and answer session where McSally praised GRIC and the casino for their “innovation,” and being a “leader” in COVID-19 testing.

Bernhardt also told the media that he walked away with a better understanding of the Community’s efforts. “I also want to express my appreciation for Gila River,” said Bernhardt. 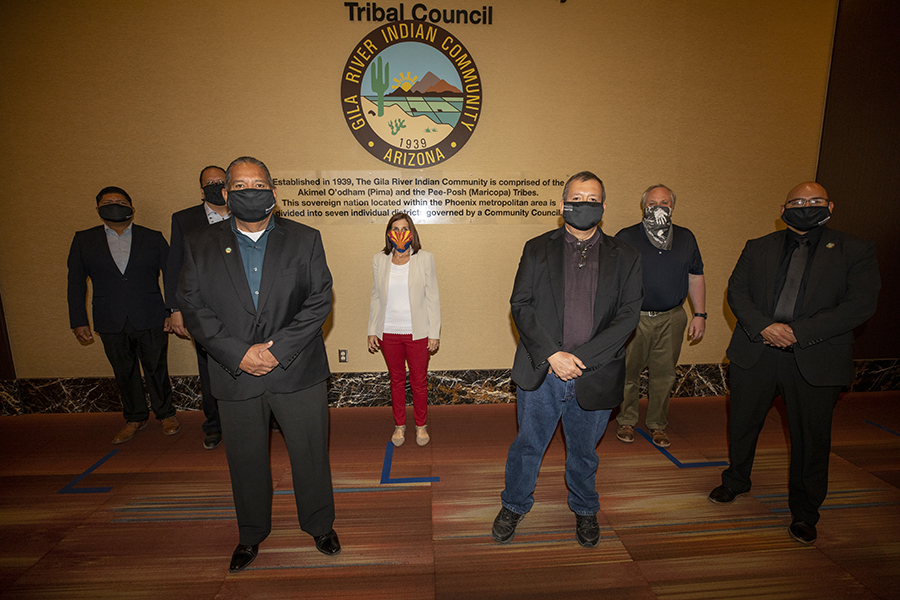 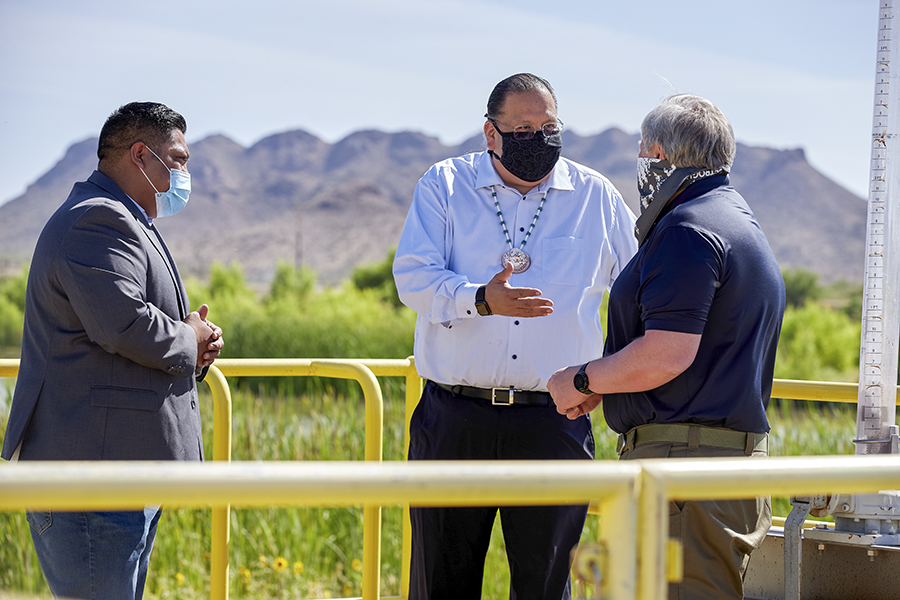