The Gila River Indian Community continued with one of its most honored traditions on Saturday, Feb. 22, with the 75th Anniversary of the Iwo Jima Flag Raising Parade in Sacaton. Some of the bloodiest fighting of World War II took place at the Battle of Iwo Jima 75 years ago, which has since been linked to the Pulitzer Prize-winning photograph of six Marines, including Ira H. Hayes, raising the American flag on Mt. Suribachi on Feb. 23, 1945.

On that fateful day, Joe Rosenthal took the famous photograph of the Marines, which was one act in a series of events that took place over five weeks to secure the strategic island of Iwo Jima. It was one of the fiercest battles the Marines faced throughout their island-hopping campaign to end the war in the Pacific.

The Ira H. Hayes Post 84 and Auxiliary 84 organizes the event every year and invites veterans groups from across the state and country to participate in the parade and ceremonies.

Iwo Jima survivors return every year to participate, among them Glenn Thompson and Norman Napes. Thompson said he served for three years and one month in the service and has attended the parade for over seven years.

Thompson said it is important to have events to remember all the service members including those who died during the battle, those who survived to tell their stories and the veterans who have since passed away.

Oliver Babbits, a long-time attendee of the parade and Iwo Jima survivor, said the parade is a unique celebration and was glad to see the crowds despite the rainy conditions. Babbits was a water distillation engineer who spent his 20th birthday on the island, and remembered the fierceness of the battle on the island. The survivors even recalled where they were when the flag was raised on Mt. Suribachi.

Napes and Thompson said they feel fortunate after 75 years to still honor the veterans. They often share their story of service with other veterans, the public and students at high school Junior Reserve Officer Training programs.

“This is living history, it’s important to have these remembrances to honor those who served and gave the ultimate sacrifice,” Gov. Lewis said.

Wayne Allison, a relative of Ira and Kenneth Hayes, attended and shared his family’s history.

“Today is a big blessing for us, representing the Whittaker family, we come from Emma Whittaker, which is my great-grandmother, sister to Nancy Whittaker Hayes. It means a lot to be here to honor and take into consideration the things that have been passed on the memorabilia we carry,” Allison said that it was difficult without Kenneth and it means much more to honor them and remember them as veterans.

Although the parade featured over 100 entries and runners carrying flags, the weather did affect some of the pre-parade activities including the flyovers and parachutists. One of the runners, Roland Enos Jr., a U.S. Marine Corps veteran, carried Ira Hayes’ military ID tag or dog tags. “I had Roland carry the dog tags on his dog tags and run it in, and we retrieved it here at the stage and they retrieved the flags.”

A flag ceremony concluded the run at the grandstand adjacent to the Matthew B. Juan Ira Hayes Memorial Park.

After the conclusion of the parade, the event shifted to the park for remarks and flag raising and wreath-laying ceremonies at each of the monuments. 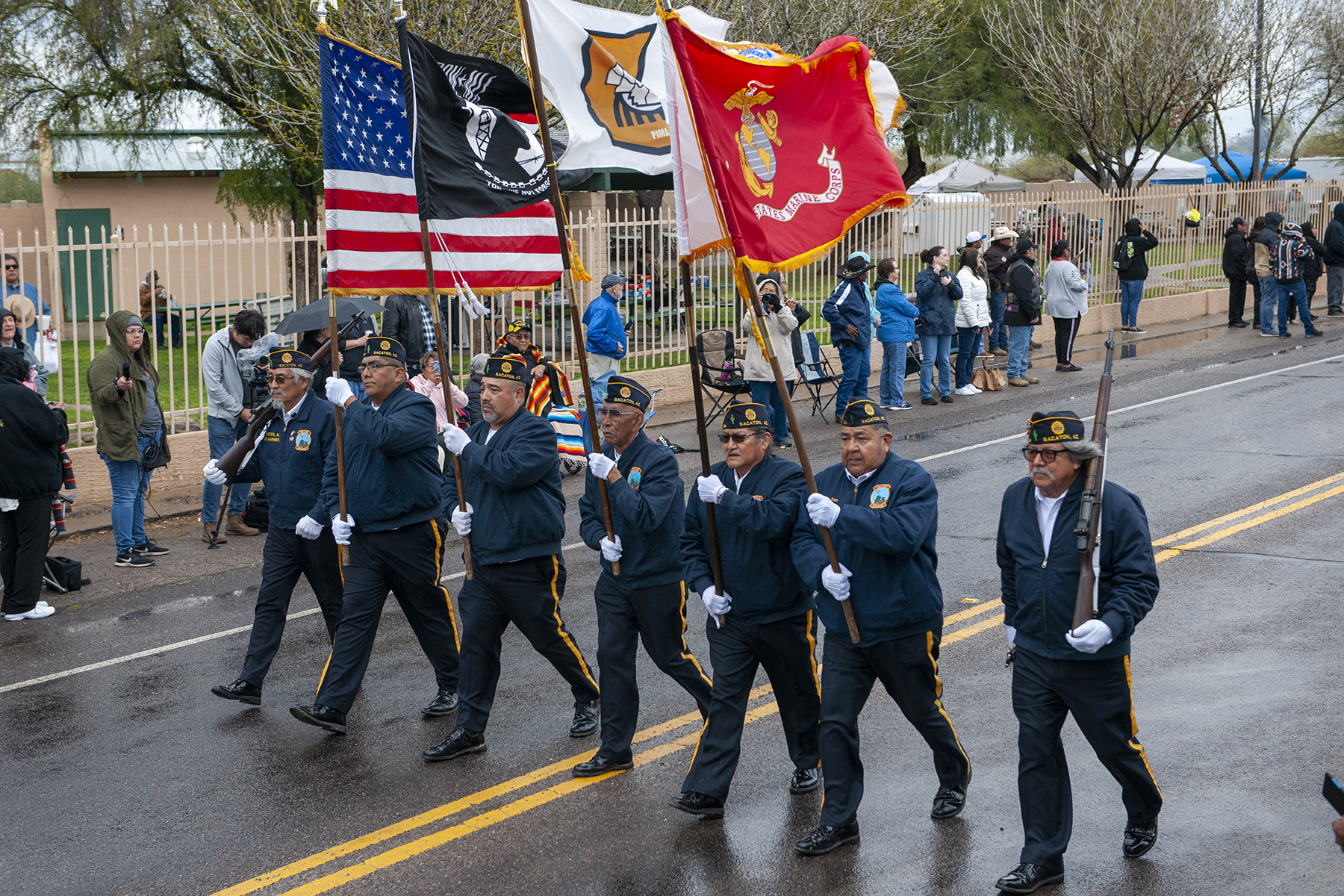 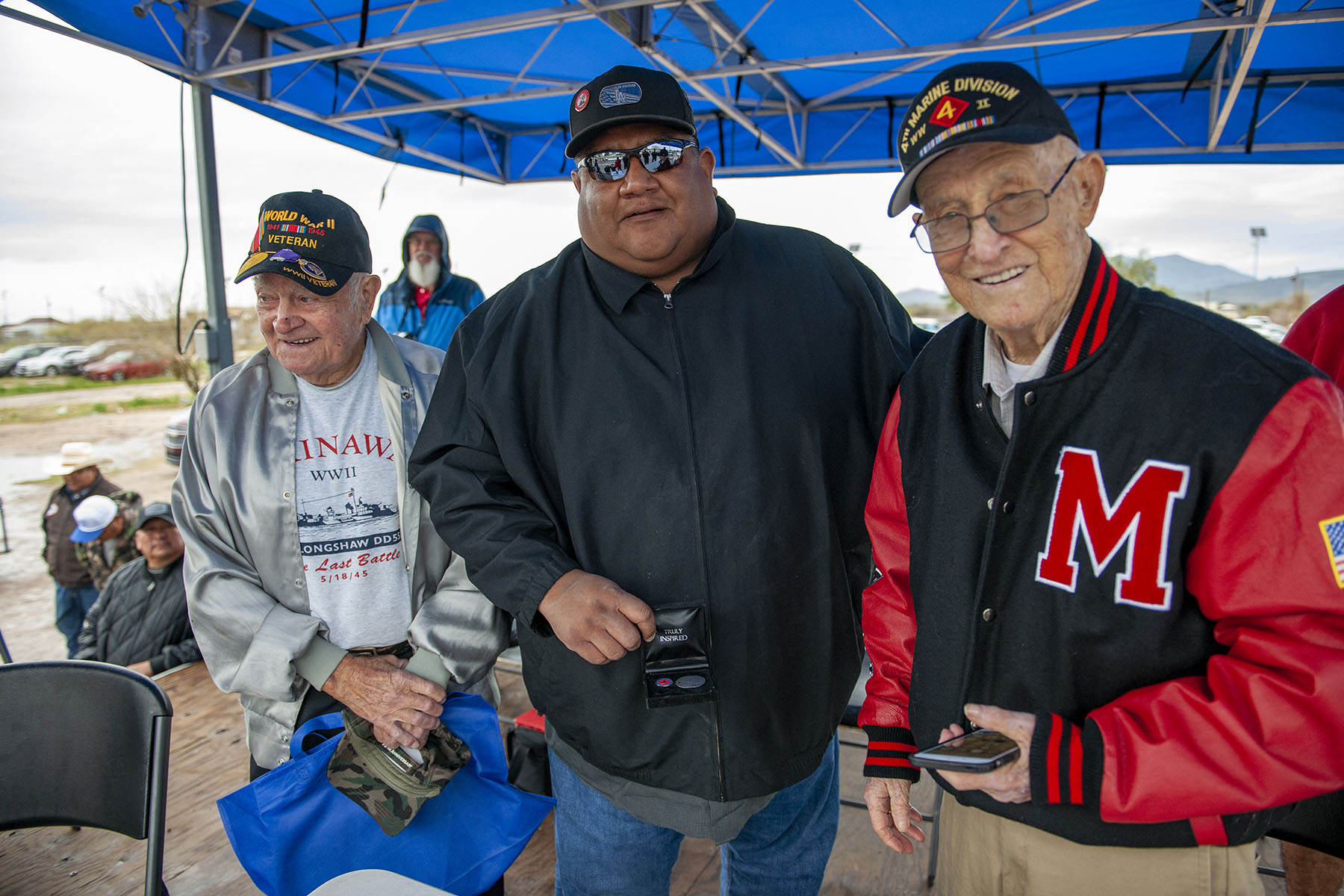 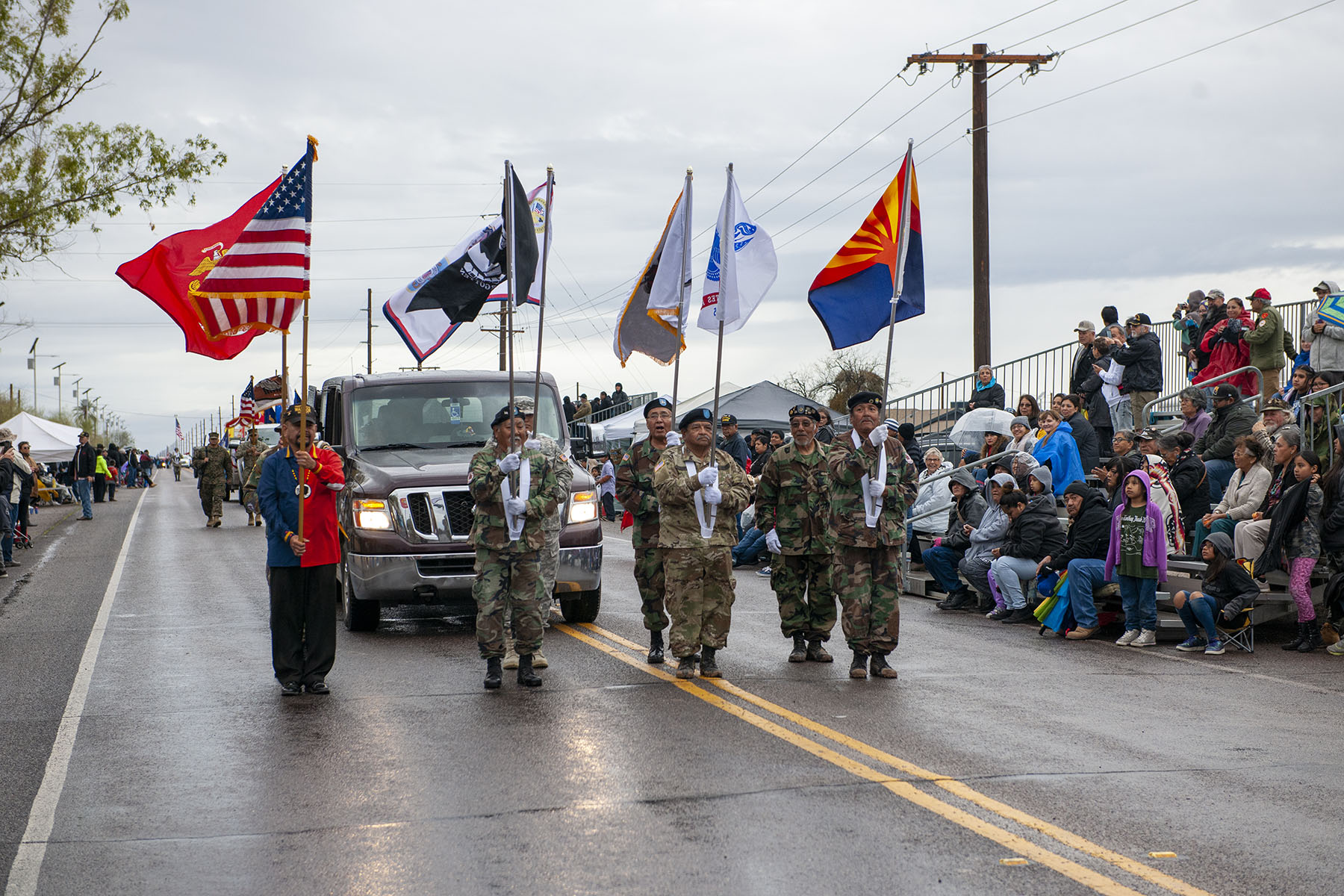 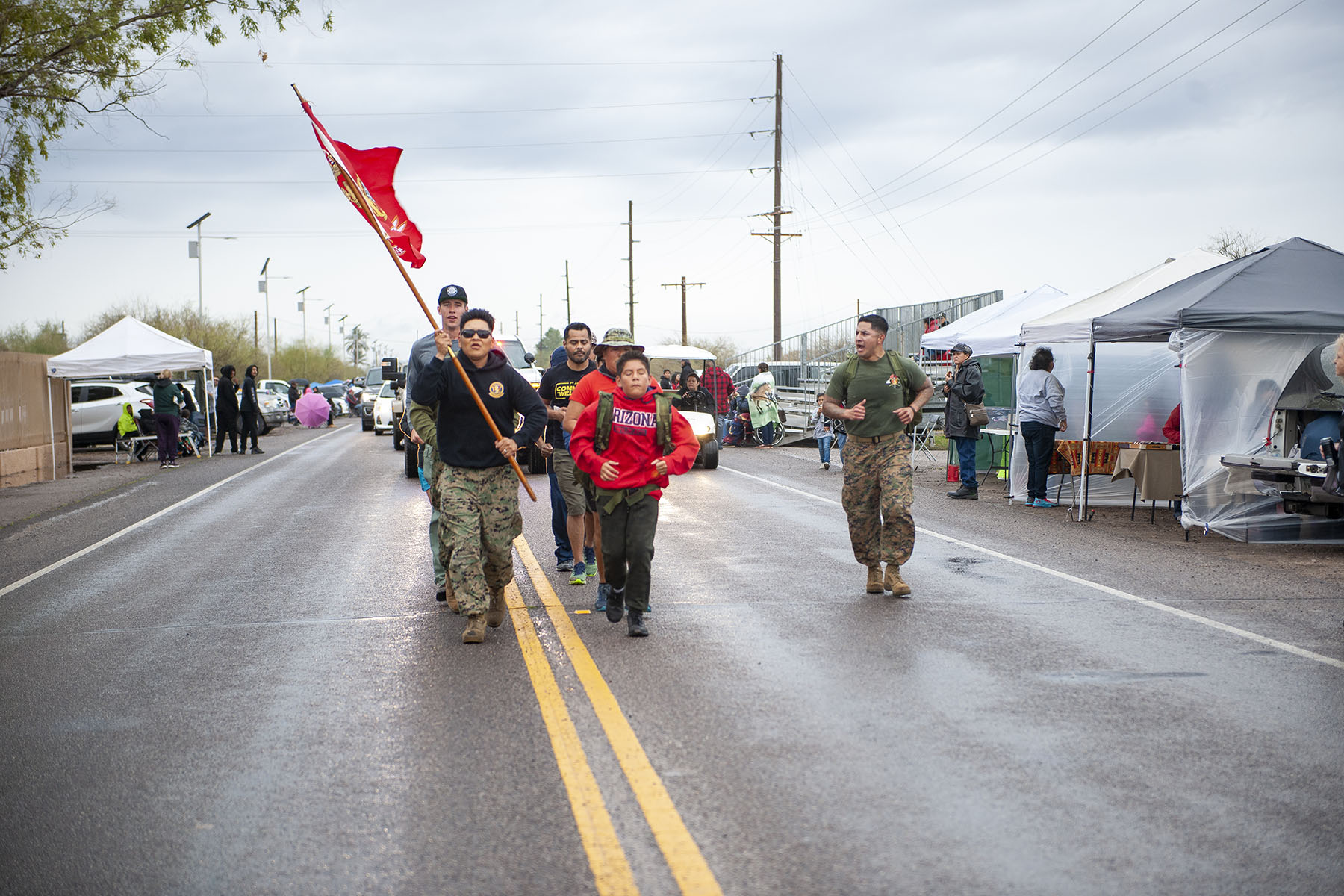