GRIN Articles > Outgoing royalty spend time with Gov. Lewis at the end of their reign

Outgoing royalty spend time with Gov. Lewis at the end of their reign

During a small gathering, Gov. Lewis commended both Owens and Osife on a successful reign while offering words of encouragement as they transition out of their respective roles.

Gov. Lewis said, "I am just so impressed with you both with how much you've accomplished throughout your reign." Gov. Lewis commended both for the outstanding dedication they gave to the Community through their platform events, appearances, speaking engagements, all while continuing their academic and personal goals as students.

Gov. Lewis then gifted both with necklaces as a token of appreciation and to acknowledge the roles they played in the Community and across the country. Community member Tim Terry designed and created both necklaces.

Osife's necklace, adorned with white beads with a shell, can be worn with a variety of dress and compliments her time as Jr. Miss Gila River. Owens was given a similar beaded necklace but had red beads throughout the design. Gov. Lewis said the red "honored the time she spoke with leaders about the Missing and Murdered Indigenous Women work" occurring throughout the country.

At one time, there was a roundtable that occurred with leaders from around the state where Owens was present. During that occasion, she provided remarks that resonated with all in attendance and demonstrated the kind of leadership and poise one would expect from the Community's Miss Gila River.

During the gathering, everyone shared fond memories throughout the past year. Some memorable occasions included Community parades, travel to the UNITY Conference in Orlando, Fla., and the National Congress of American Indians trip in Washington, D.C. No matter the location, it was apparent that their leadership and welcoming nature were on full display to everyone they encountered.

In closing, Gov. Lewis said, "True leaders inspire others around them and to have ten girls compete for this next year speaks to the kind of leadership you've shown to our people." Both brought new energy to the Gila River Royalty and fostered renewed interest for more girls to compete for the 2020-2021 Jr. Miss and Miss Gila River titles. 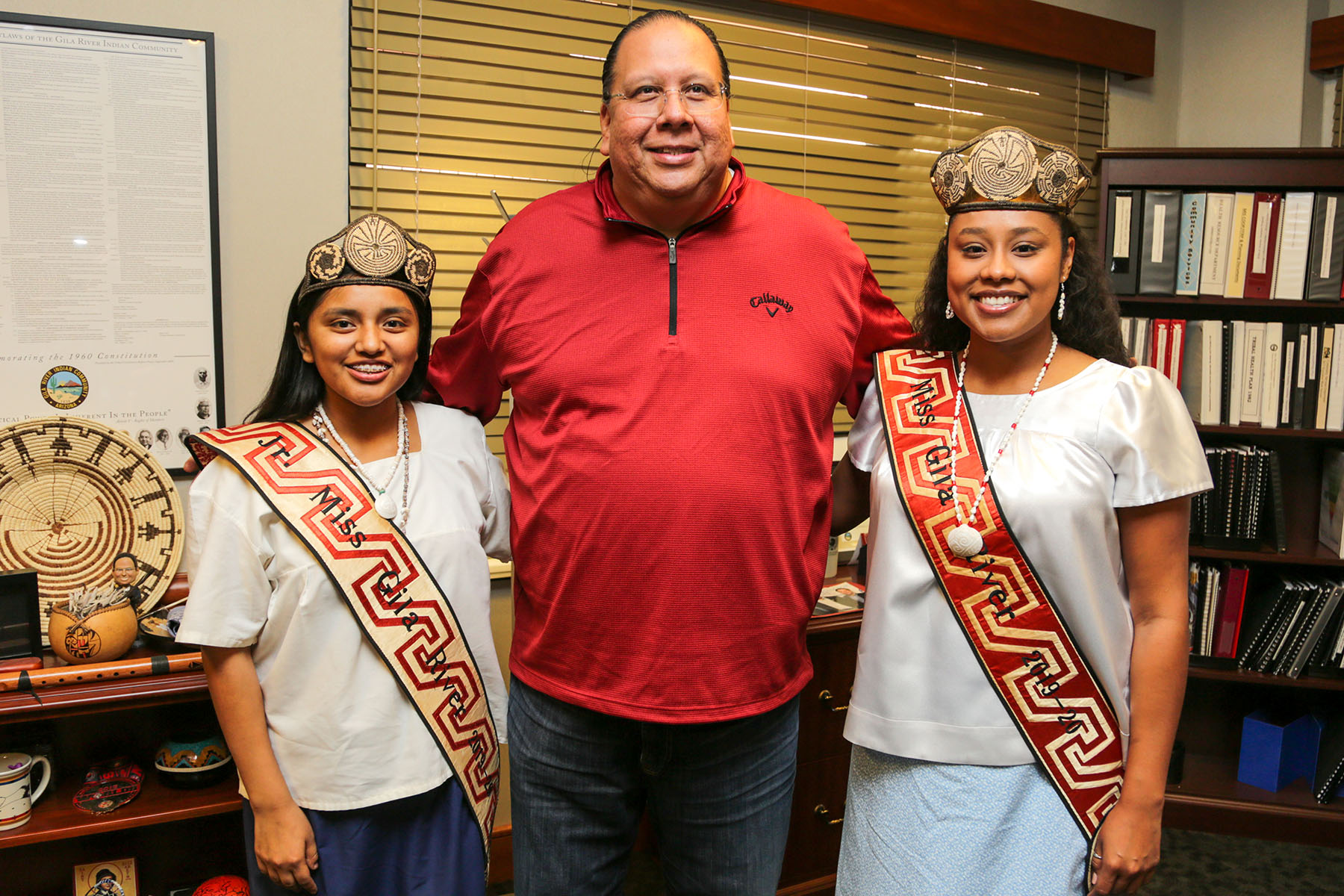