Under the bright lights of a professional sports arena, a team of girls was on the hunt for a championship against their cross-town rivals in a winner take all game. The Gila River Skyline Mustangs Girls Varsity basketball team played in the Canyon Athletic Association Division 2 state championship game against the Salt River Eagles at Talking Stick Resort Arena on Feb. 25.

In a game that brought out the best of each team’s talents, there was only one champion, the Mustangs, who routed the Eagles 63-40.

Although the game was well in control, a few turnovers and fouls slowed their pace down, which allowed the Eagles to decrease the deficit. When the clock ran out, the bench and crowd, who came out to support the Mustangs erupted in cheers, cementing their victory.

“These girls have been working hard all season, any type of expectation I put on them, they exceeded that,” said Daveda Taylor, Gila River Skyline Mustang Varsity Girls Head coach.

Taylor said, there has been some big improvements for the team, including going 17-0 in the regular season. She said the girls were committed to practicing every day and dedicated to working together as a team.

During the post-game awards ceremony, Daveda was awarded the game ball, including Mustang Small Forward Sequoia Lucero, who was presented the “Player of the Game” award. “I was a little bit [nervous], but I started to calm down, as soon as I got the ball in my hands,” said Lucero.

It’s not the first time Lucero has won a championship, in her freshman year, the Mustangs won a state championship and to win another in her final year at Skyline was good way to go out in her senior year.

“The support means a lot, the parents came out to support us tonight, they believed in us and that’s all we needed,” said Lucero. After high school, she and another teammate will attend Benedictine University in Mesa, on scholarship to attend college. Additionally, Lucero said she is happy to continue playing basketball, while advancing her education. 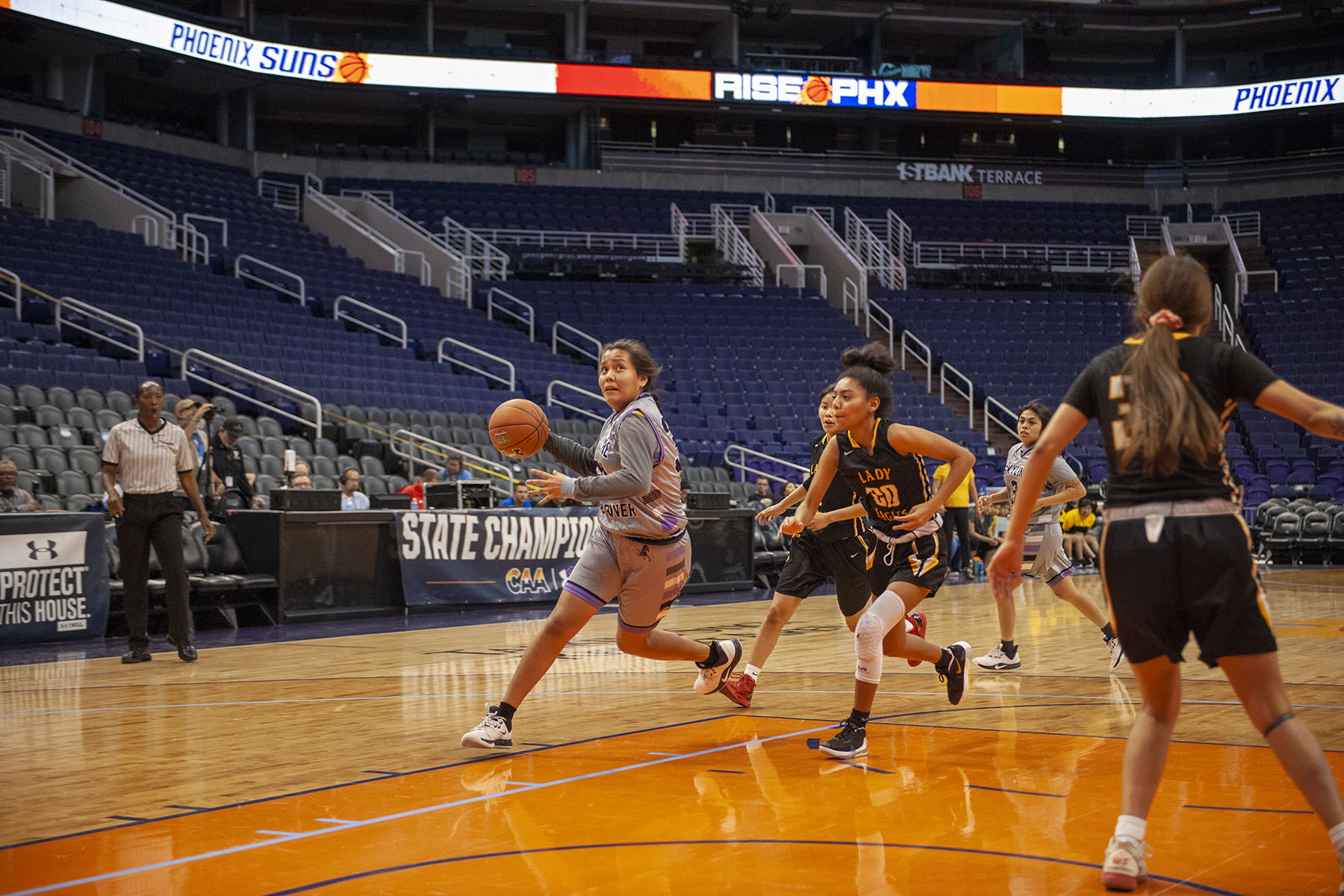 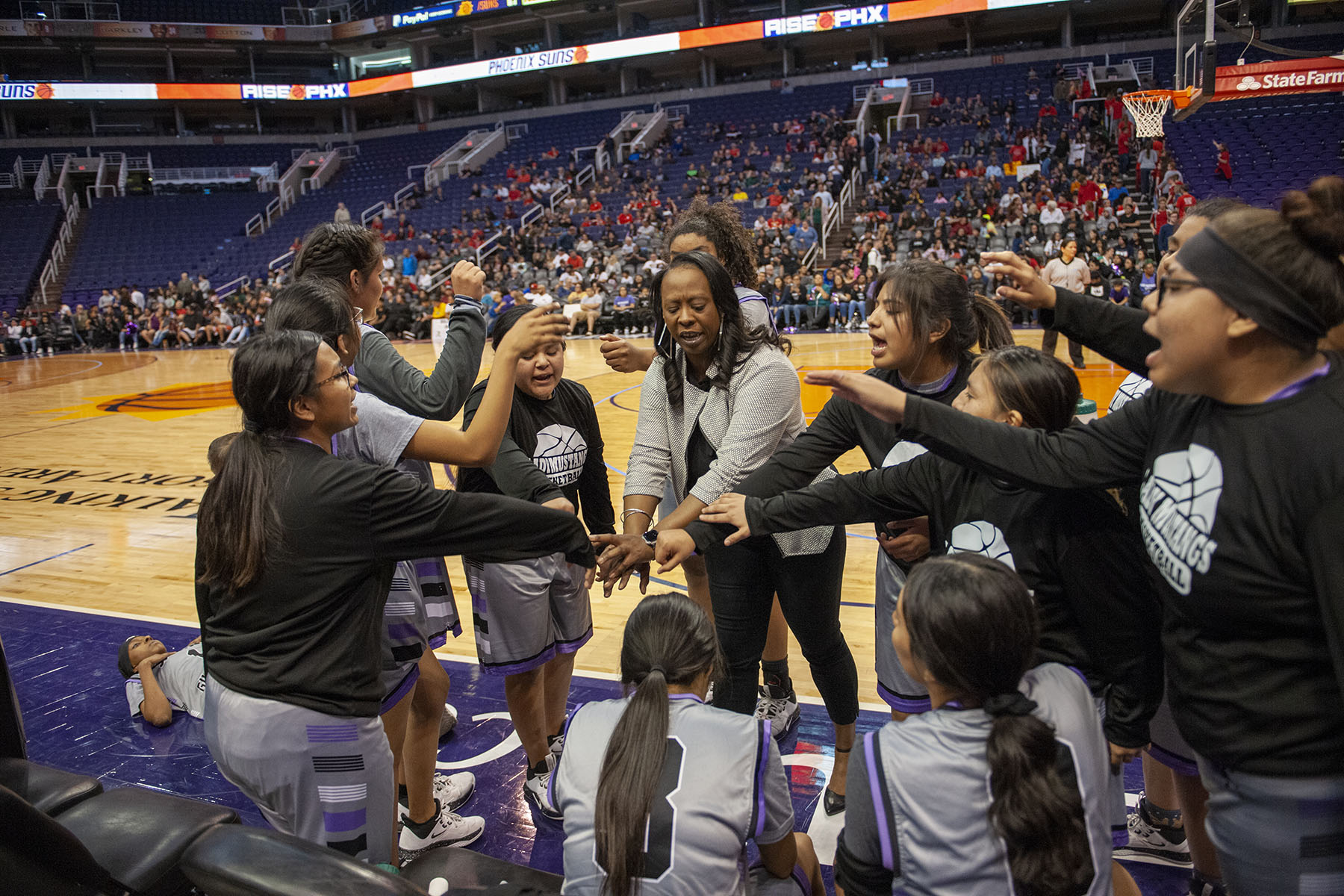 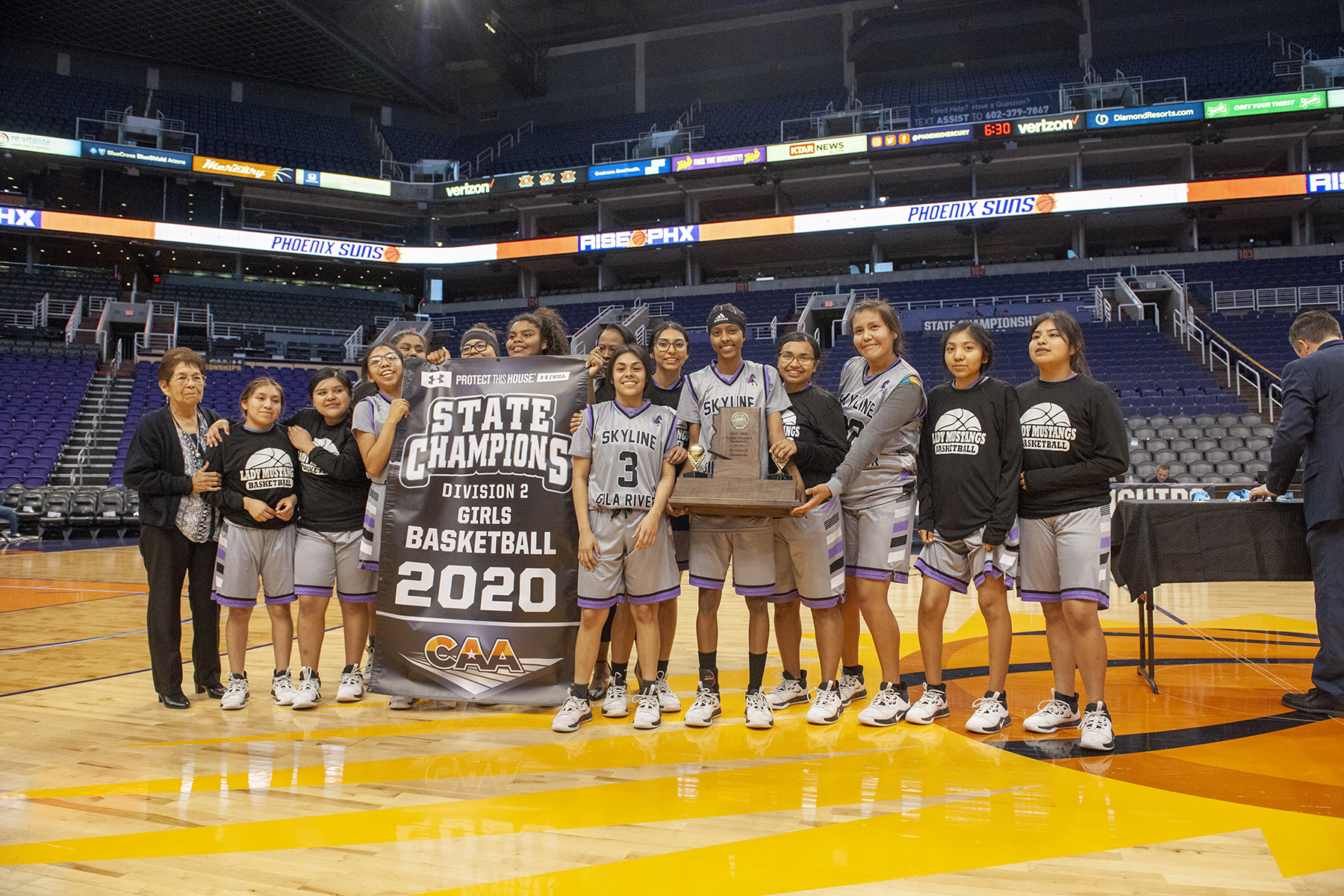