Stacey Abrams discusses voter mobilization and the 2020 Census in GRIC

Stacey Abrams, who was a nominee in the 2018 Georgia gubernatorial election, visited the Gila River Indian Community, met with tribal leaders at the Governance Center in Sacaton, and toured MAR5 on Feb. 20.

Abrams discussed voting issues particularly addressing the disparagement among voters who feel they don’t have a “seat at the table.”

“We invested in resources into communities that are marginalized during elections,” Abrams said.

Gov. Stephen Roe Lewis informed Abrams that voting issues are being addressed in GRIC as well.

“We are really trying to look at ways to motivate our Community members to vote,” said Gov. Lewis.

Abrams said that voting is an important part of an individual’s ability to exercise their power to make change.  “We invested in their communities, we showed up, we just didn’t show to ask them to vote, we showed up to ask what they need,” said Abrams.

Lewis said proactive efforts are being taken by the Community to encourage voter turnout and greater participation in the census counting.

“They are two important things that we are committing resources to get an accurate count for the census and encourage our members to participate in the voting process,” said Lewis.

Abrams said, “When you’re in the face of despair, when you see poverty all around you and you can see opportunity on the horizon, but you can’t see yourself ever getting there, it’s easy to get yourself out of participating.”

She said, “That although we don’t share the same history, we have a shared notion of what democracy should be, and we have a shared history and legacy of how we have been isolated from that power.”

Abrams said it is important to educate more people in order to get future generations of youth involved in the voting process. 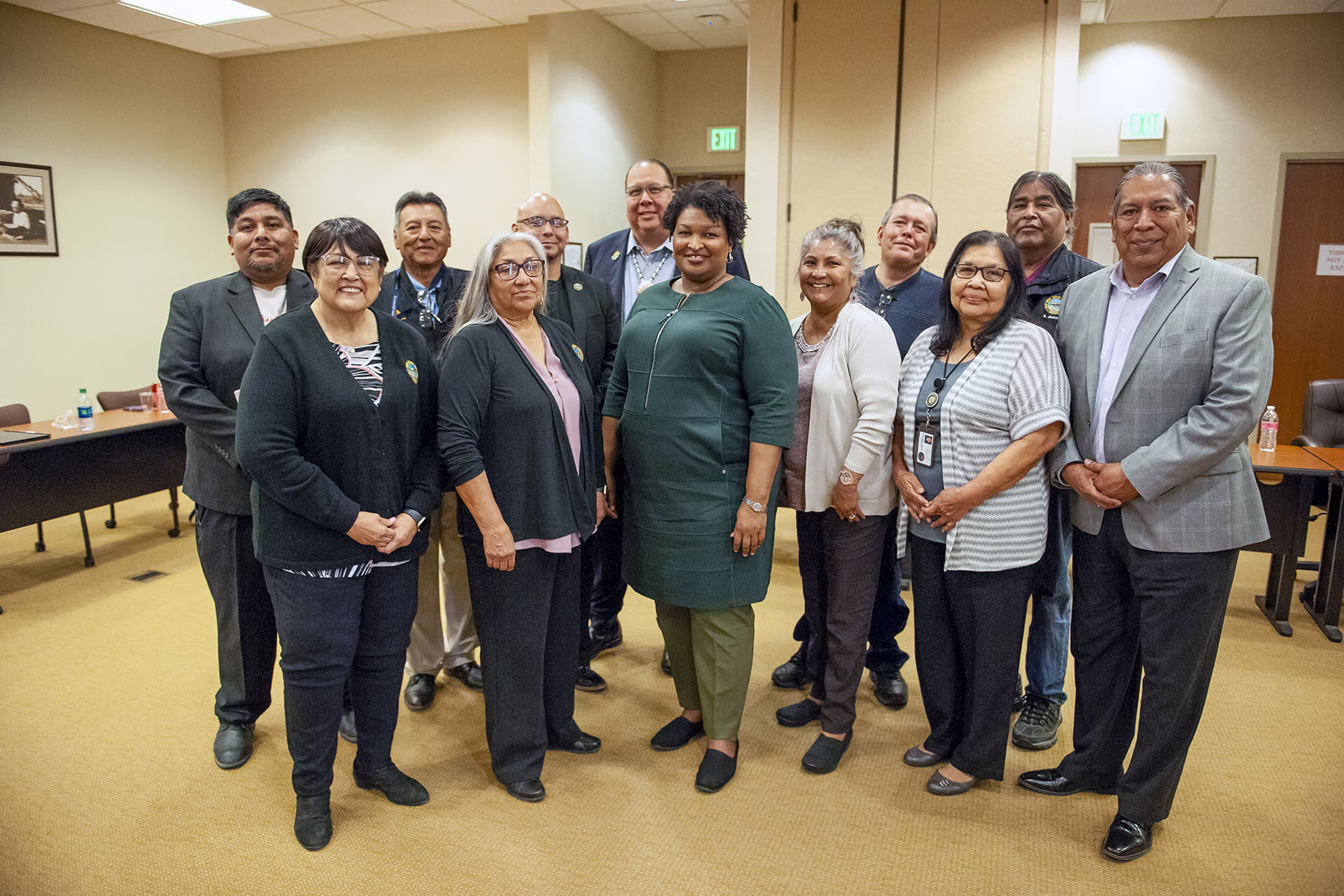