Gila River Fire Department and Bureau of Indian Affairs Wildland Fire crews worked to put out a 50-acre vegetation fire on May 5.

According to information provided by Justin Wedo, BIA Pima Agency Supervisory Forestry Technician, GRFD and BIA fire crews were dispatched to a Type 4 fire in the Lone Butte area of District 4. The unified command between BIA and GRFD resources were on scene to fight the fire, which threatened nearby structures.

When scale of the blaze proved to be unsafe for responding crews, the Type 4 Incident Commander made the call to bring in a DC-10 air tanker to put fire retardant to minimize the spread of the flames.

Wedo said, BIA fire crews established a parameter around the fire where needed, while minimizing risk to personnel. GRFD resources assessed and mitigated any remaining interior smokes, as it pertained to structures and to hazardous materials located in the area such as tires, rail road ties and other fuels.

Currently, the Lone Butte Fire remains under investigation, with no conclusive cause of the fires. BIA Wildland Fire, asks to report suspicious persons or vehicles, keep a 100-foot defensible area around structures, maintain origin and flag it off and do not burn on ‘no burn days’ which is high risk of fires or red flag warnings. 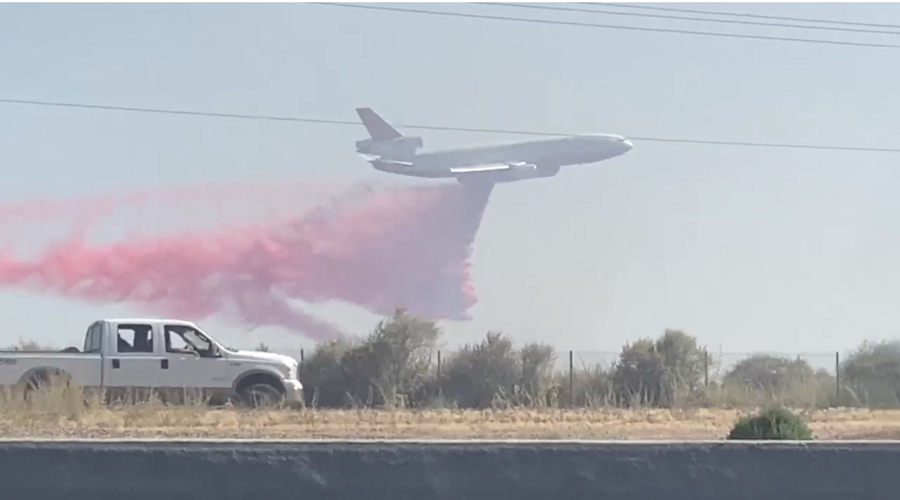