Former first lady Michelle Obama’s historic visit to the Gila River Indian Community is featured in the new Netflix film “Becoming.” Mrs. Obama was on a 34-city tour promoting her memoir of the same name when she surprised youth from GRIC for a roundtable discussion at the Huhugam Heritage Center in February of 2019. The documentary captures the former first lady engaging GRIC youth who were joined by Gov. Stephen Roe Lewis.

On Saturday May 9, the Community participated in the Global Twitter Watch Party for “Becoming,” which included a conversation with the hashtags #BecomingGRIC #Becoming, #WatchBecoming, #MichelleObama, #BecomingNetflix, and #IAmBecoming.

“As soon as Michelle Obama entered the doorway, the faces of our youth went from shocked to excitement in a split second. One of our youth said after, ‘She talked to us like she was our Mother. She wanted to  share with us her life lessons,’” said Gov. Lewis.

The movie shows an intimate look at the first lady and the segment at the Huhugam begins with her walking in on the unsuspecting students.

Charisma Quiroz, from District 1, was one of the students who sat with the former first lady and thanks to the movie, relived the moment when Michelle Obama walked in the room.

“I remember seeing her walk in being so speechless and overjoyed to have Michelle Obama seated next to me in the meeting,” Quiroz said.The visit made headlines across the Valley in addition to Mrs. Obama’s tour-stop later that evening.

“Michelle Obama told our youth that they will need to harness this strength and courage to be leaders for their own families and Community,” said Gov. Lewis.

Quiroz called the movie “empowering,” and said the “documentary allows so many viewers to see different ethnic powerful women” on the screen.

The youth all received a signed copy of the book at the meeting and Quiroz said she found a personal connection to Mrs. Obama’s story calling it a “must buy,” book to read.

The film is currently in Netflix’s Top 10 and is described as “Michelle Obama in an intimate documentary looking at her life, hopes and connection with others,” during her book tour.

The film is one hour and 29 minutes, and Mrs. Obama’s portion in GRIC comes on at the one hour and eight-minute mark. 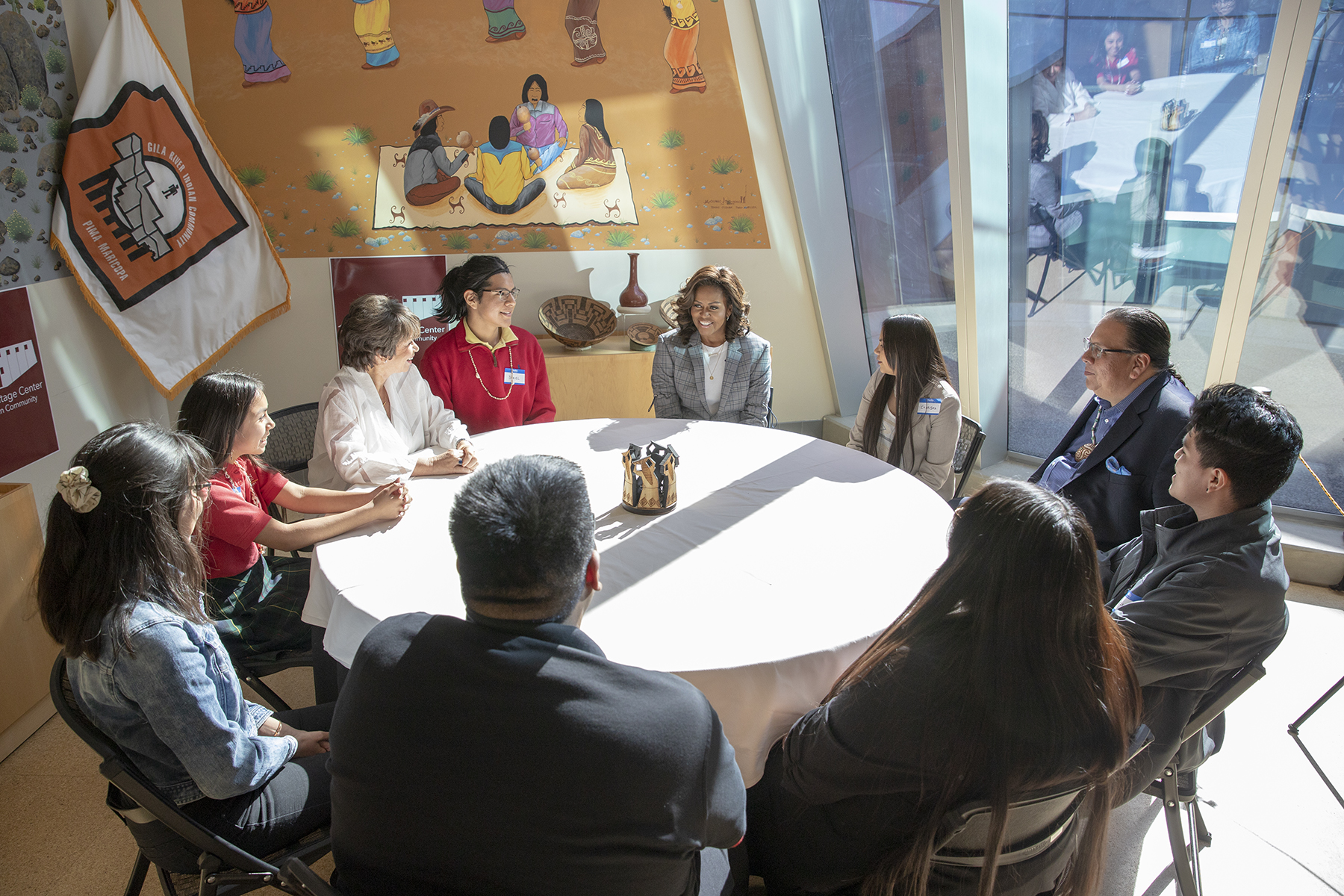