On May 1, United National Indian Tribal Youth (UNITY) announced Yasmine Quiroz and Bianca Hernandez among the recipients of this year’s “25 Under 25 Award,” recognizing the achievements and work of 25 youth from across the country under 25-years-of-age. Both have unique and exciting ideas that showcase the innovation and passion they have for the Gila River Indian Community.

Usually, UNITY honors all 25 awardees at the annual UNITY Conference, however, due to COVID-19, this year’s in-person conference has been canceled. There are plans for everyone to receive recognition via the proposed virtual conference planned for later this year. This year is the fourth cohort of award recipients that UNITY awards every two years.

Beginning in 2014, the award recognizes the achievements of young leaders who “exemplify UNITY’s core mission and exudes living a balanced life developing their spiritual, mental, physical, and social well-being.”

Per the UNITY press release UNITY Executive Director Mary Kim Titla said, “There was an amazing response from outstanding youth applicants across the nation. A big congrats to the honorees and we wish nothing but the best to all nominees,”

As part of the application, Quiroz and Hernandez had to highlight the work and projects they’ve conducted or seen as improvements for the Gila River Indian Community.

Yasmine Quiroz, District 1, is currently pursuing a Bachelor’s in Agricultural Management with a minor in Administration at the University of Arizona. Before that, she received her Associate of Art in Agriculture from Central Arizona College.

“I was nominated by my Community for this award because they saw something in me, so I’m thankful and honored to have been awarded,” said Quiroz.

Quiroz’s project grew from her personal experiences studying agriculture while bridging the resources she has made with the U of A. She submitted a proposal for a 5-year plan to complete a SWOT (strength, weaknesses, opportunities, and threats) analysis in all of their current agriculture sites, organizational structure, and management at Gila River Farms. The SWOT analysis would assist in creating strategic decisions for a site to maximize productivity.

As a student at U of A, she also has made time for extracurricular activities. She joined Sigma Alpha, Alpha Rho Chapter, which is a professional agriculture sorority that promotes women pursuing careers in agriculture. She is also a part of the University of Arizona’s Livestock Program and the Intertribal Agriculture Council.

After graduating from U of A, Quiroz has plans to return to the Community and one day starting a 4-H program for GRIC youth.

Bianca Hernandez, District 3, is a recent college graduate that completed her Bachelor of Science in Business Administration with a Concentration in Finance from the University of North Carolina at Pembroke.

“I felt gratitude and the first people I wanted to share it with was my mother and grandmother. These women raised me into the woman I am today, and I have them to thank for that,” said Hernandez about the award.

She submitted a project that provides financial literacy to GRIC youth in budgets and personal finances such as credit scores, savings/retirement, credit cards, and loans. She felt that this knowledge is vital for GRIC youth who will receive a large sum of money via per capita. She said that “it is essential our children be educated on financial literacy to make cognitive decisions when receiving this benefit.”

Hernandez’s time in college was filled with many significant experiences. Not only did she attend school outside of Arizona, but she also had the chance to study abroad in France in 2018. She also joined Alpha Pi Omega, which is the first and largest Native American sorority, where she served numerous positions, including president for her chapter.

Now looking ahead, she is set to return to the Community and has accepted a full-time position at Gila River Sand & Gravel as a staff accountant. Lastly, she will continue her education, pursuing an online Master of Business Administration at the University of North Carolina at Pembroke. 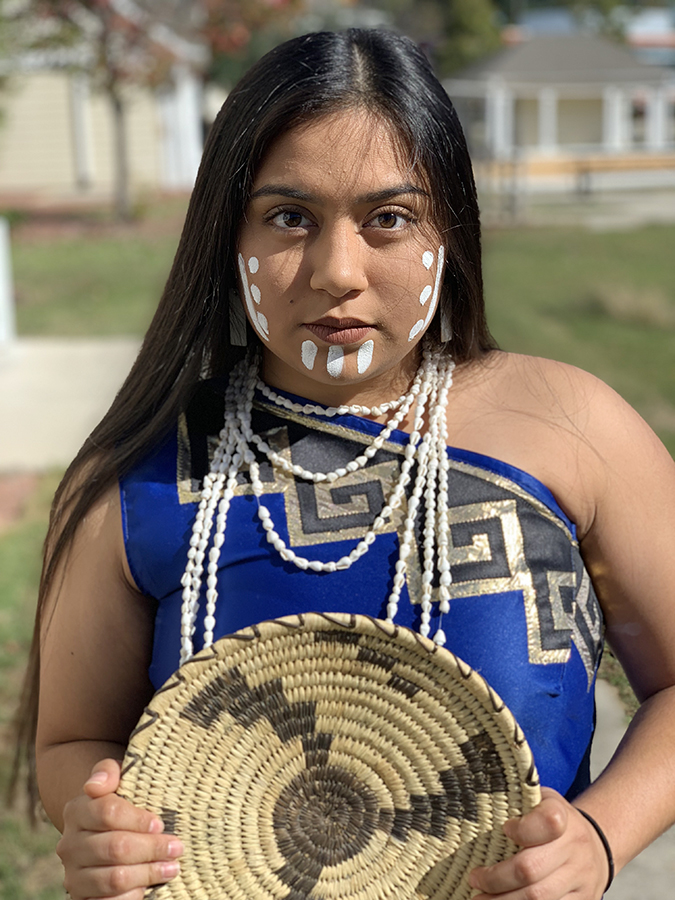 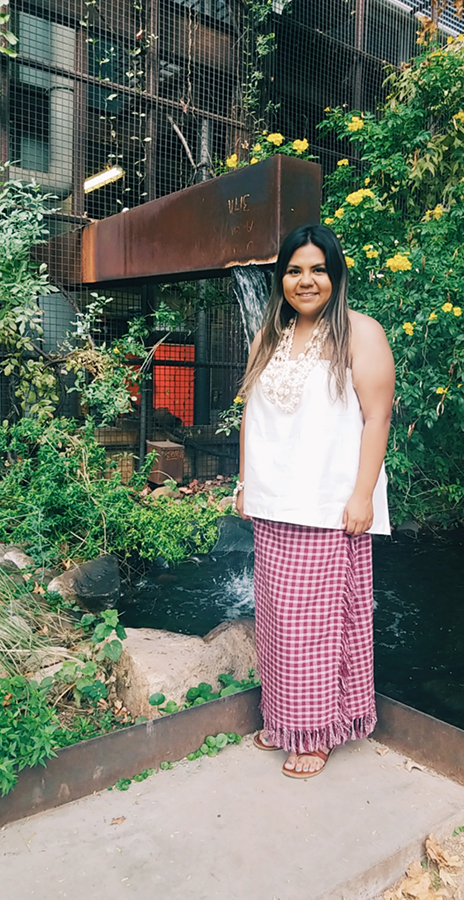