Congressman Gallego and others campaign for Biden-Harris in Sacaton

On the eve of state and presidential elections Gov. Stephen Roe Lewis was joined by Congressman Ruben Gallego and Pinal County Board of Supervisors candidate April Loew who greeted Community members in the parking lot of the Gila River Market in Sacaton on Nov. 2. The visitors campaigned for former Vice-President Joe Biden and Sen. Kamala Harris, highlighting the importance of the Native American vote in Arizona.

“It just shows how important the Native vote is here,” said Lewis.

Gallego previously participated in the Census and Get Out the Vote Rally in September.

“The Native vote can swing this state,” said Gallego of the significant Native American per capita population in Arizona.

“All of the issues that are important to the Community like our healthcare, water, our lands. These are things that the next administration will have to address through the Bureau of Indian Affairs, Bureau of Indian Education, Bureau of Land Management and Reclamation,” said Gov. Lewis.

“It is important to have Native Americans throughout any Administration and at the highest levels of the federal government,” said Lewis.

Gallego and visitors handed out Biden-Harris signs while meeting with potential GRIC voters. 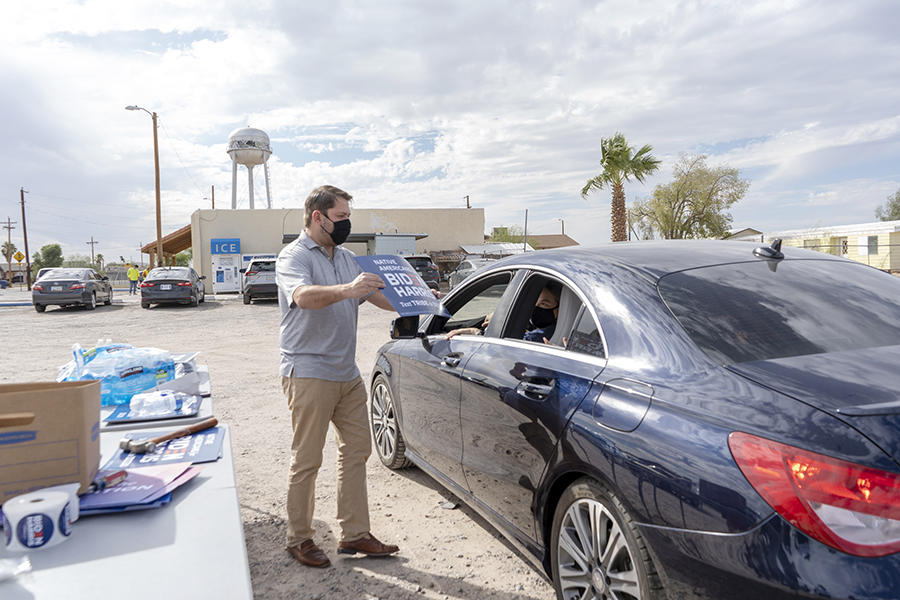