One of the players at the heart of Hamilton High School’s terrific 2021 girls’ basketball season is senior guard  Haili Trevino Gonzales, who helped the Huskies make it to the AIA 6A State Championship final game this year. The Huskies lost to Valley Vista 49-41 on Mar. 20.

Gonzales, who resides in District 3, has been actively involved in the Community through sports for years. She also served as Jr. Miss Gila River in 2017-2018 and has been part of the Akimel O’odham/Pee-Posh Youth Council for the past four years.

Gonzales began competing in sports while attending elementary school. As a softball player and a coed basketball player, she moved on to playing for teams outside the Community during high school.

Gonzales played in the Native American Basketball Invitational (NABI) tournament during her freshman and sophomore years of high school while playing with a team from the Ak-Chin Indian Community because GRIC did not have a girls team.

“I just had to represent the girls from Gila River,” said Gonzales. “I was just blessed Ak-Chin gave me the opportunity to play with them.” During her senior year with the Hamilton Huskies, some of the team’s practice time was instead spent in a “basketball class” due to the COVID-19 pandemic.

The team’s head coach, Trevor Neider, organized the class as a chance for the team to meet and discuss topics and issues they’d like to share, giving them time to bond. Gonzales helped to initiate topics such as Missing and Murdered Indigenous Women (MMIW), creating team shirts that helped raise awareness on the issue. Other topics included self-confidence and mental health.

According to  a Sports360AZ article on Gonzales and the Lady Huskies team, she actively promotes the MMIW movement by wearing a t-shirt, with symbols that represents the plight of indigenous women, who fall victim to violence.

The Huskies, ranked Number One in the state, finished the season with a record of 19-1. The lone loss came in the state finals against Valley Vista High School.. It was the second time in two years the two teams competed against each other for the state championship.

Gonzales is working to obtain her pharmacy technician certificate with the state before graduation. She said she plans to pursue her education in biology of medicine before returning to work for the Community as a Pharmacist.

In reverting back to her advocacy for MMIW Gonzales said, “When we’re on the court not only do we play for ourselves but we play for everyone out there, we play for the girls who can’t play, we play for these movements to show awareness for them,” in the article posted by Sports360AZ.

MMIW is a topic Gonzales feels passionate about and was one of her platforms during her reign as Jr. Miss Gila River, to advocate for awareness on violence against indigenous women and children. At right, Gonzales plays in a game against Liberty High School from Peoria, where they won 65-19 on Feb. 16 of this year. Photo courtesy of Robert Knox. 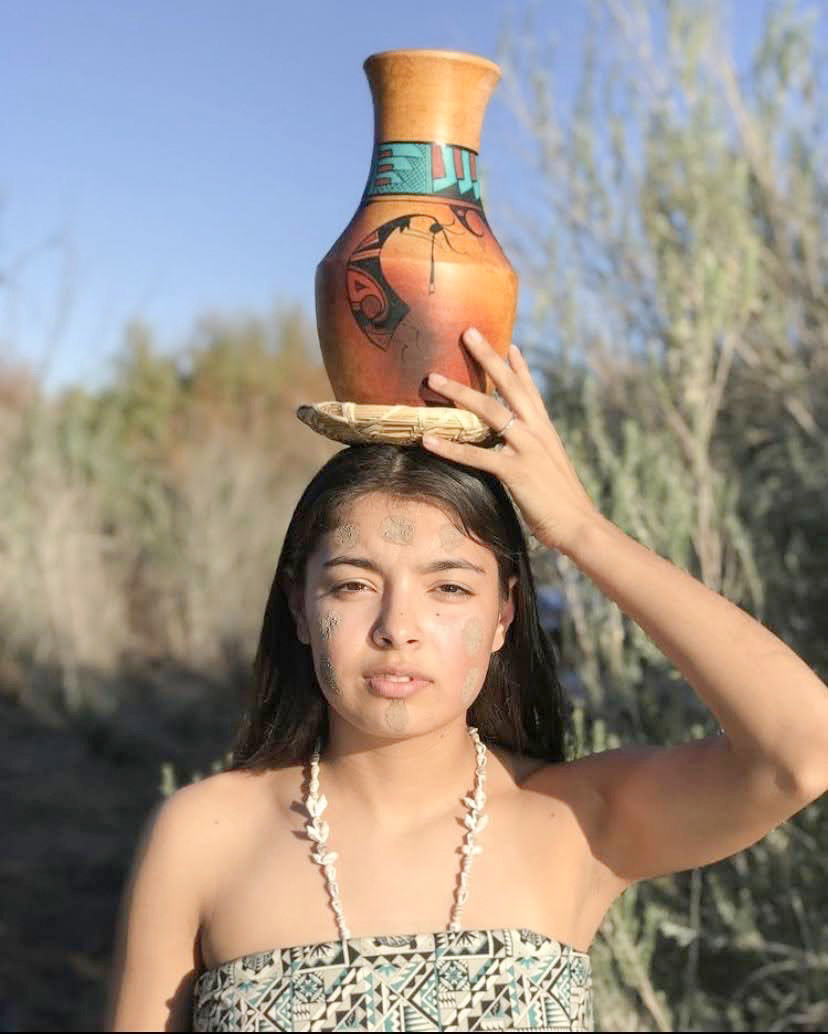 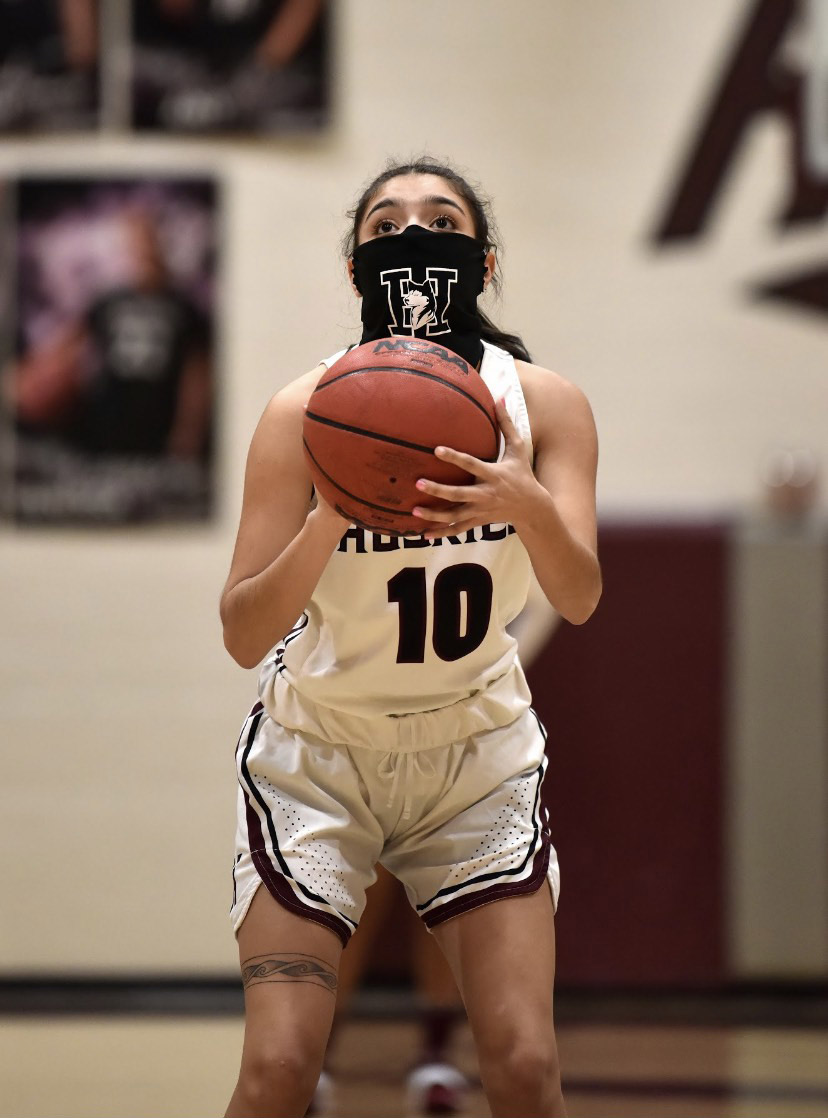 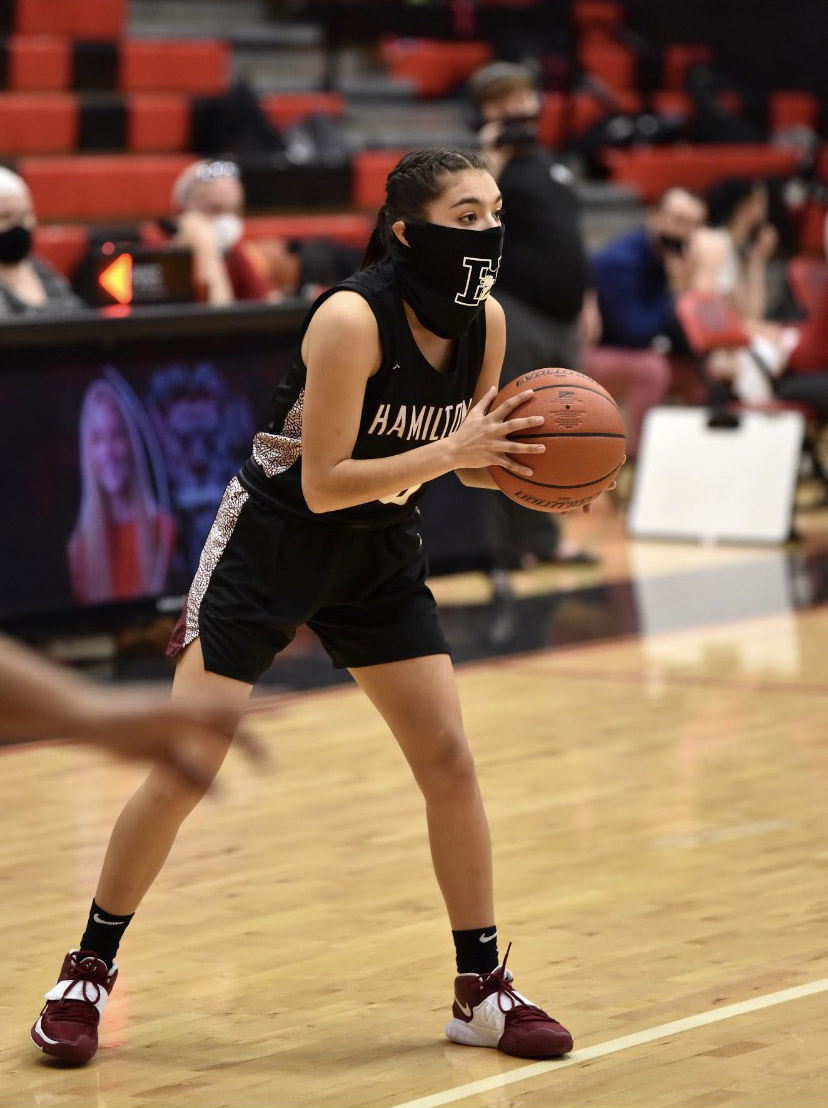