The Arizona Diamondbacks and Gila River Hotels & Casinos hosted the 23rd Annual Native American Recognition Day after a year hiatus due to COVID-19. The NARD event was held before the start of the Dbacks’ July 18 game against the Chicago Cubs.

The annual NARD event brings out numerous cultural dance groups, tribal royalty and guests from tribal communities to the midsummer affair. This includes two members from an Indian community given the honor of throwing out the first pitch and singing the National Anthem.

Michael Preston, Akimel O’odham Pee-Posh Youth Council Coordinator, was given the nod to throw out the first pitch this year. He was joined by Adrian Thomas from District 5, who was selected to sing the National Anthem. Additionally, the colors were presented by the Ira H. Hayes American Legion Post 84 from District 3 Sacaton.

“We are the only tribal community to have a relationship with a Major League Baseball organization like the Dbacks,” said Gov. Stephen Roe Lewis. He lauded the Dbacks’ efforts to sponsor NARD and the team’s past sponsorship of the Community’s youth baseball tournament.

Gov. Lewis said the standard has been set between the Community’s partnership with the Dbacks through the work of the Gila River Hotels & Casinos team, who have been a big part of maintaining the relationship for 23 years.

Tribal royalty also made an appearance at the game to represent their respective communities from across the state of Arizona. “I am so excited to be here. This is one of our first big events the Gila River royalty has attended,” said Miss Gila River Alyse Marrietta.

“It means a lot, because we just started our terms right before COVID-19 hit,” said Jr. Miss Gila River Sineca Jackson. “It is also good for us to be out here and share our platforms with other tribal royalty and the Community members in attendance at the game.”

Jackson again had an opportunity to represent the Community two weeks later, when she was chosen to throw out the first pitch before a Dbacks game against National League West division rivals the Los Angeles Dodgers on July 30.

“I was nervous and excited at the same time,” said Jackson, who was happy to be accompanied on the field by her family. “I only had two practice pitches-in before I got here.”

Motivated by her family, Jackson’s ceremonial pitch was a perfect strike. 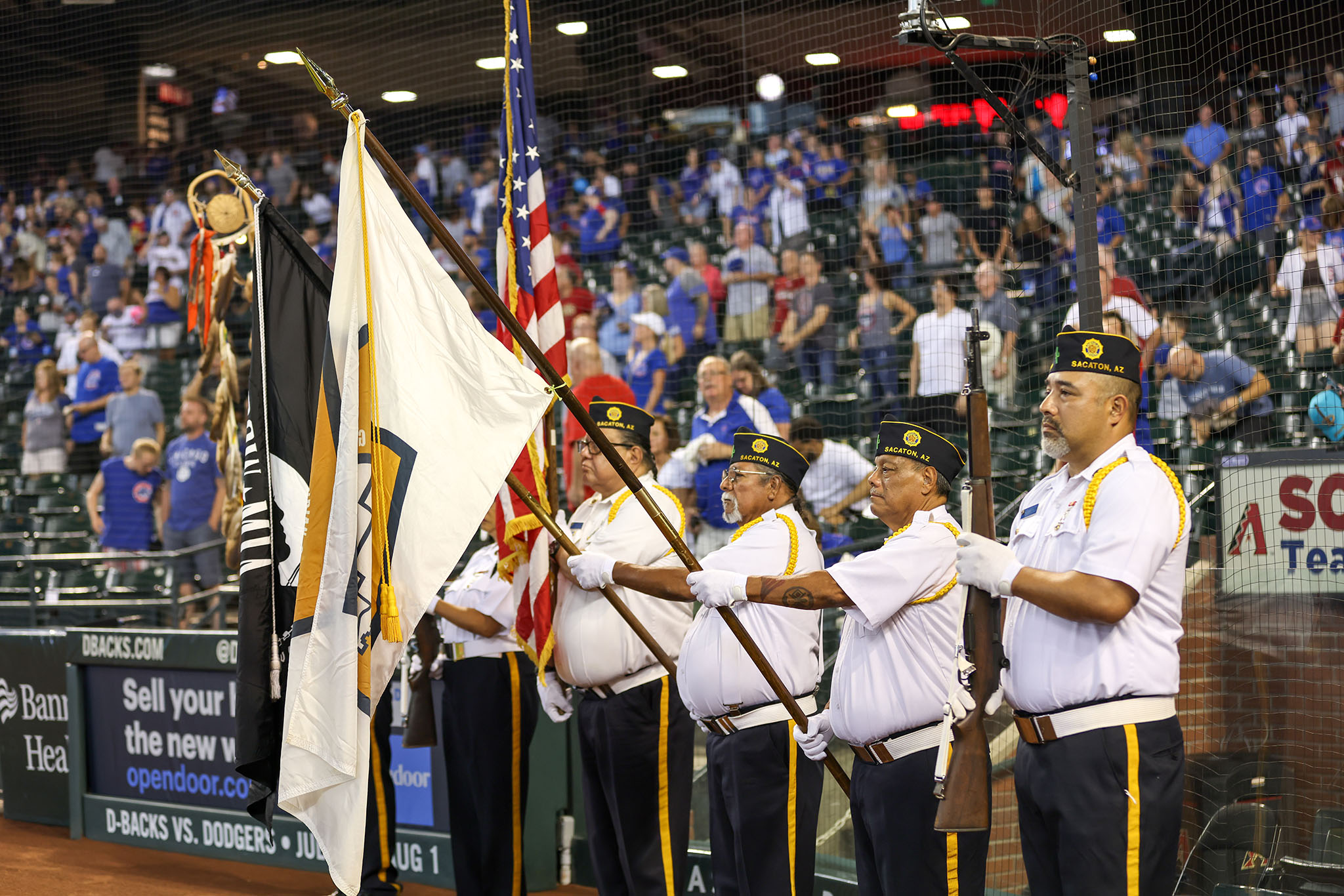 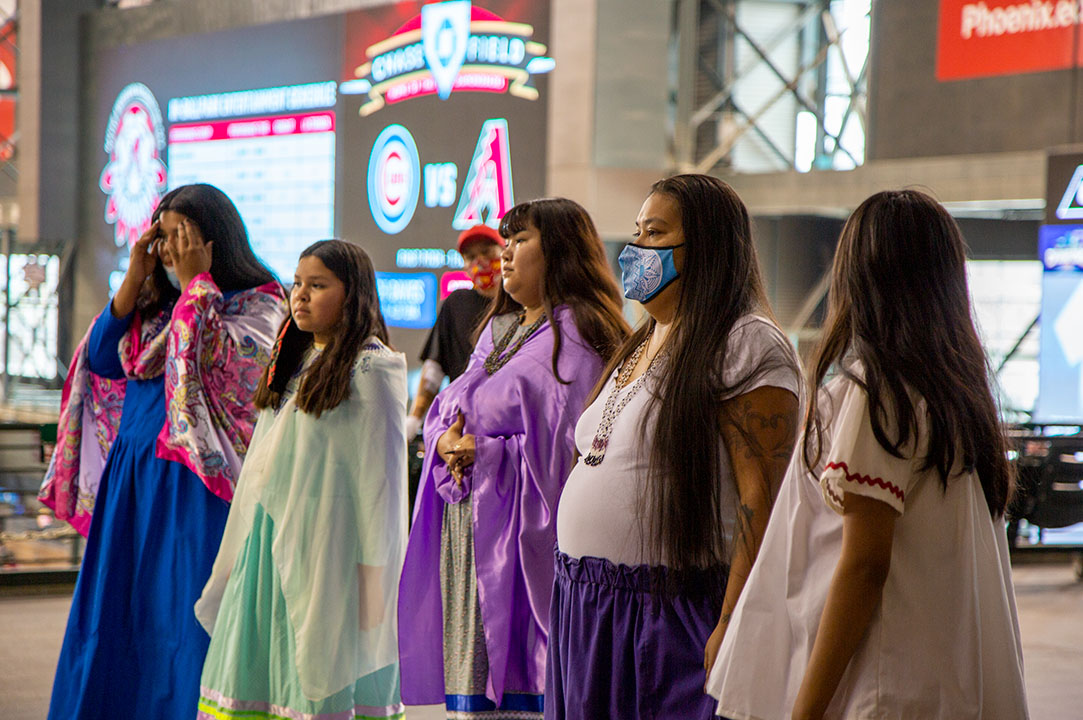 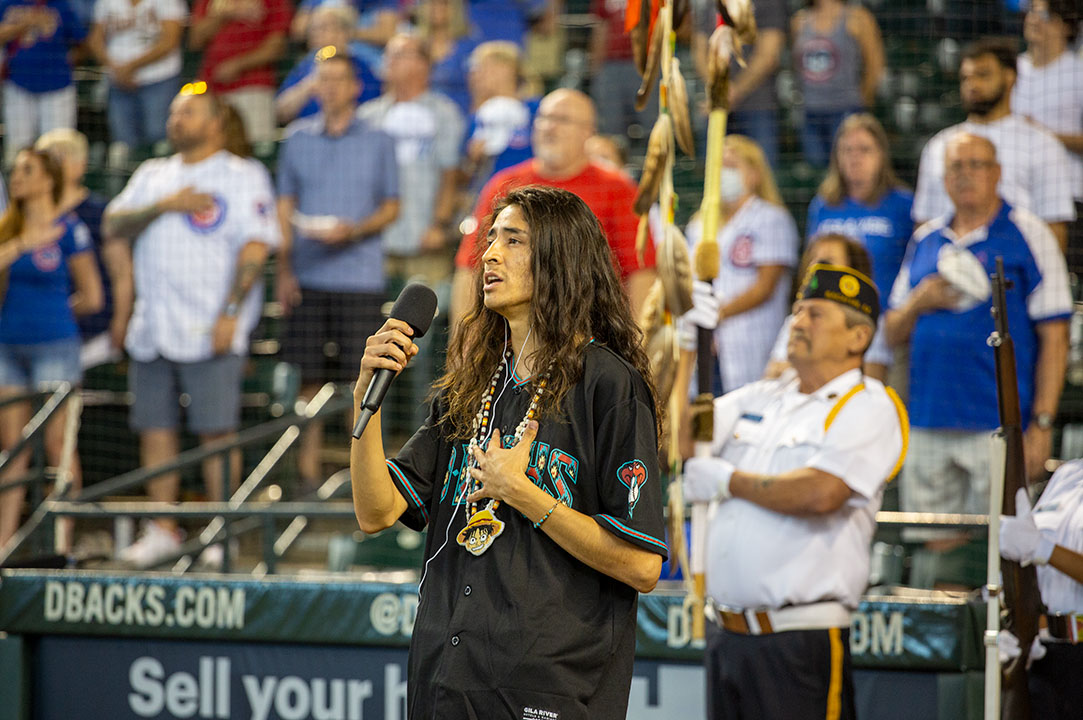 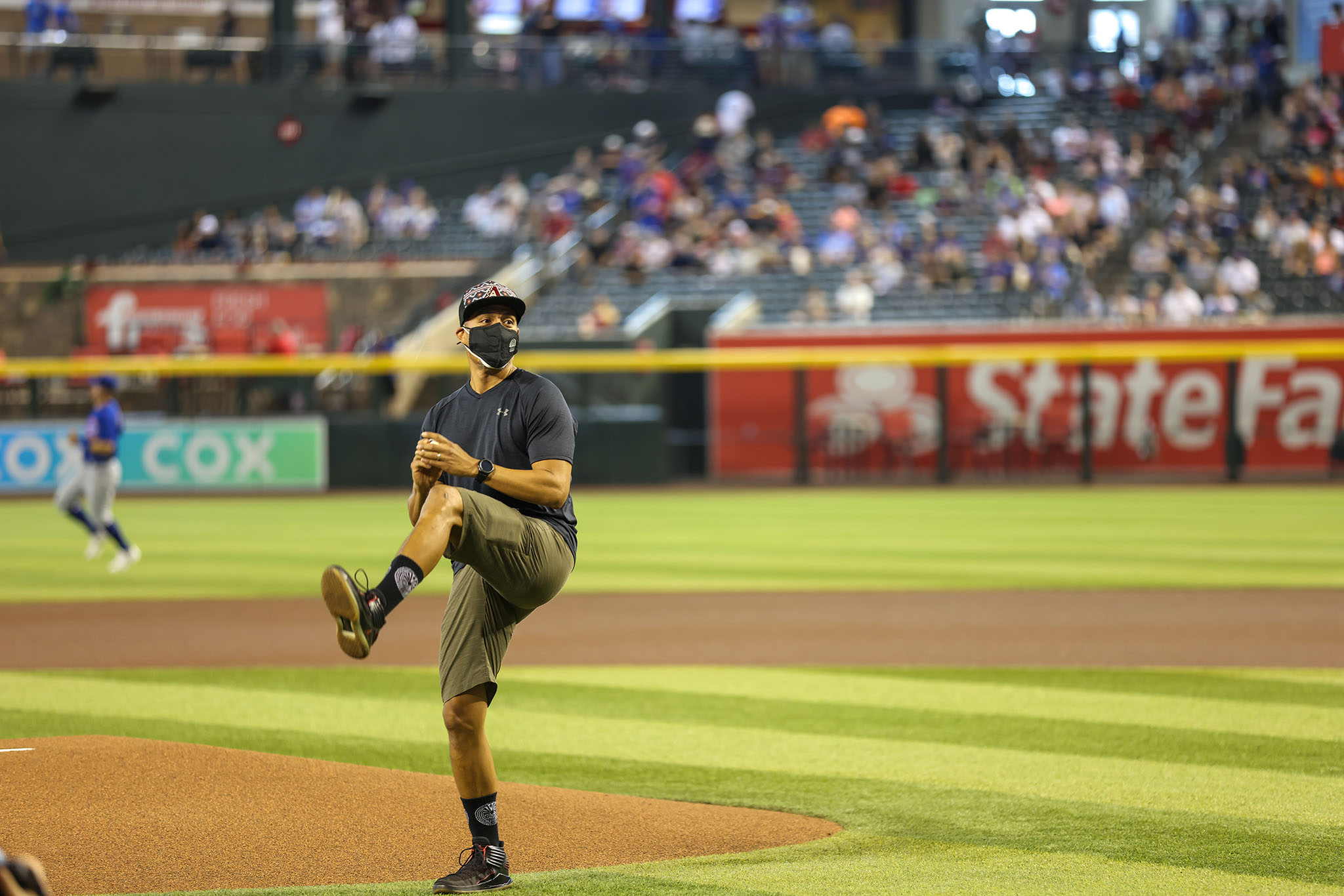 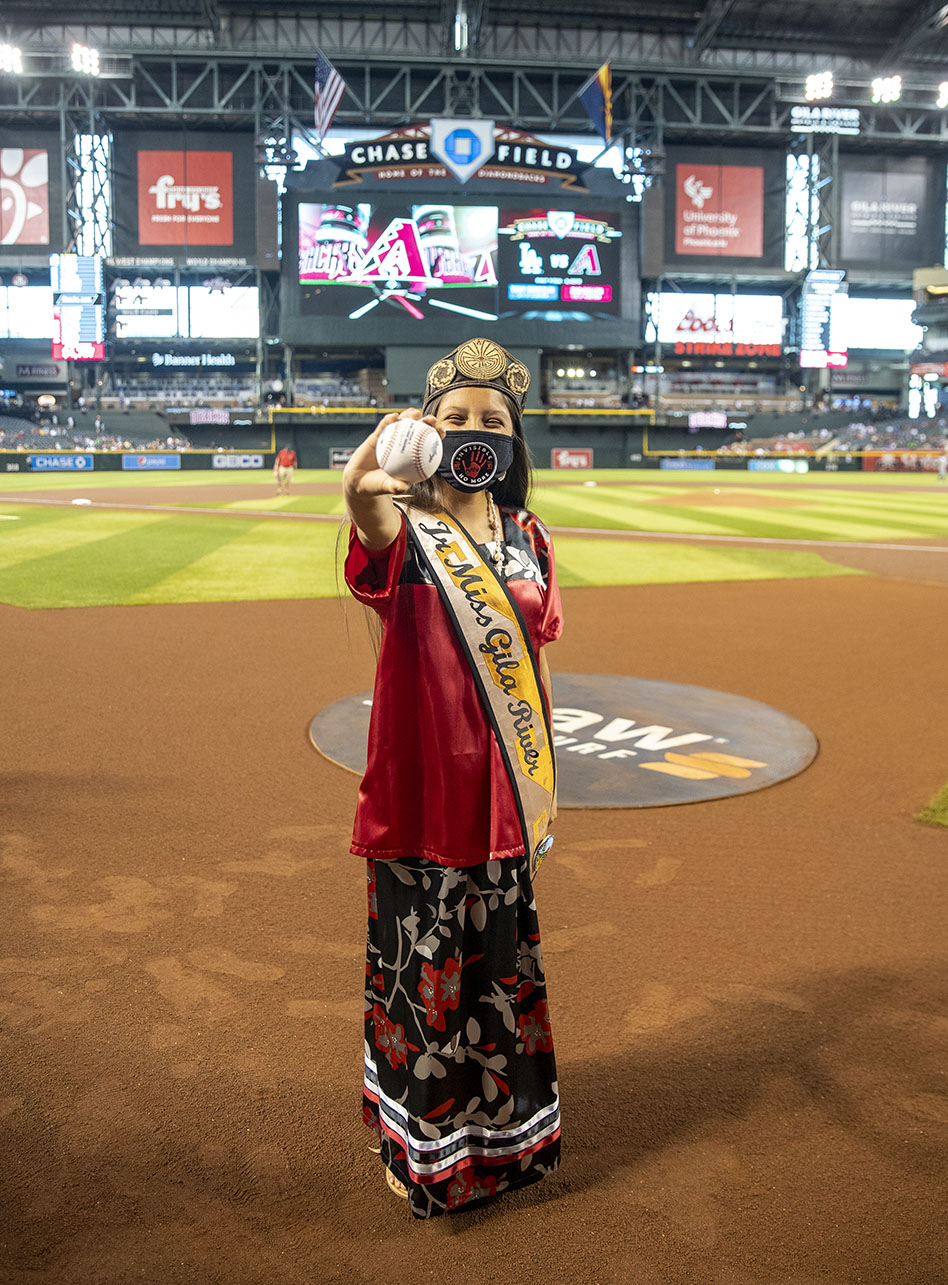