The 18th Annual Native American Basketball Invitational recently completed another year of partnership with the Gila River Indian Community. With the final seconds of game time run out and the final shot made, it’s time to look back at this year’s NABI tournament and what it means to have the Community as one of the tournament’s longest-running sponsors.

“We have a long history with NABI, and the participation of [our] young people. As [you] can see from this previous week, just seeing them out there with all the teams, they are just some of the best in Indian Country,” said Gov. Stephen Roe Lewis. He said the strength and resiliency of Native youth shows through in how they come together to play a sport they deeply love.

“[They] really showed us how resilient they are, especially now. What makes this tournament special is giving them opportunity to play in a safe environment in front of their family,” said Lewis. He added that in addition to the game of basketball, the tournament also promotes the importance of a healthy lifestyle and an emphasis on education and leadership skills.

“NABI is hope for your kids,” said Ginamarie Scarpa, NABI President & CEO. “We have long-time partners that are dedicated and committed. … That combination brings programs to our Native youth who are benefiting from the tournament.”

Scarpa said NABI’s partnership with generous partners and backing from tribal communities like GRIC, Fort McDowell Yavapai Nation, Tohono O’odham Nation and the Seminole Tribe gives NABI confidence in moving forward year after year. The confidence is a boost to the NABI foundation, which last year had to cancel the games due to COVID-19.

Scarpa said NABI plans to do more work within Native communities, including the creation of NABI 360, which will give tournament alumni a chance to participate in sharing their passion for basketball with the younger generation of ball players. Although it is still in the works, Scarpa believes NABI 360 will benefit the youth by encouraging them to go on to the next level in their athletic endeavors.

The NABI tournament has been the long-time interest of former Phoenix Suns power forward A.C. Green, who has brought his knowledge of the game of basketball to support Native youth. “[This] is what basketball is all about, seeing these young men and women come out and play so hard with their passion,” said Green.

He said the young ballers play with a flair that shows they are all in and ready to take the game of basketball to the next level. “Working with (President) Scarpa and Chairman Ernie Stevens on various initiatives off the court is key to their success,” said Green. “Most importantly, we believe a person’s gift can make a lot of difference in their lives either in sports, politics or whatever they find in life is their life’s goal.”

During the halftime break of the boy’s divisions championship game, Gov. Lewis was awarded the Phil Homeratha award by the NABI foundation. “I accepted this award on behalf of [our] Community and on behalf of our youth – especially those teams and players from our community that participated in the NABI tournament.” said Gov. Lewis.

Gov. Lewis said NABI stands for far more than what happens on the court during a week-long tournament. As he put it: “This reinforces having a healthy lifestyle, taking care of yourself and how sport teaches discipline, respect and teamwork.” 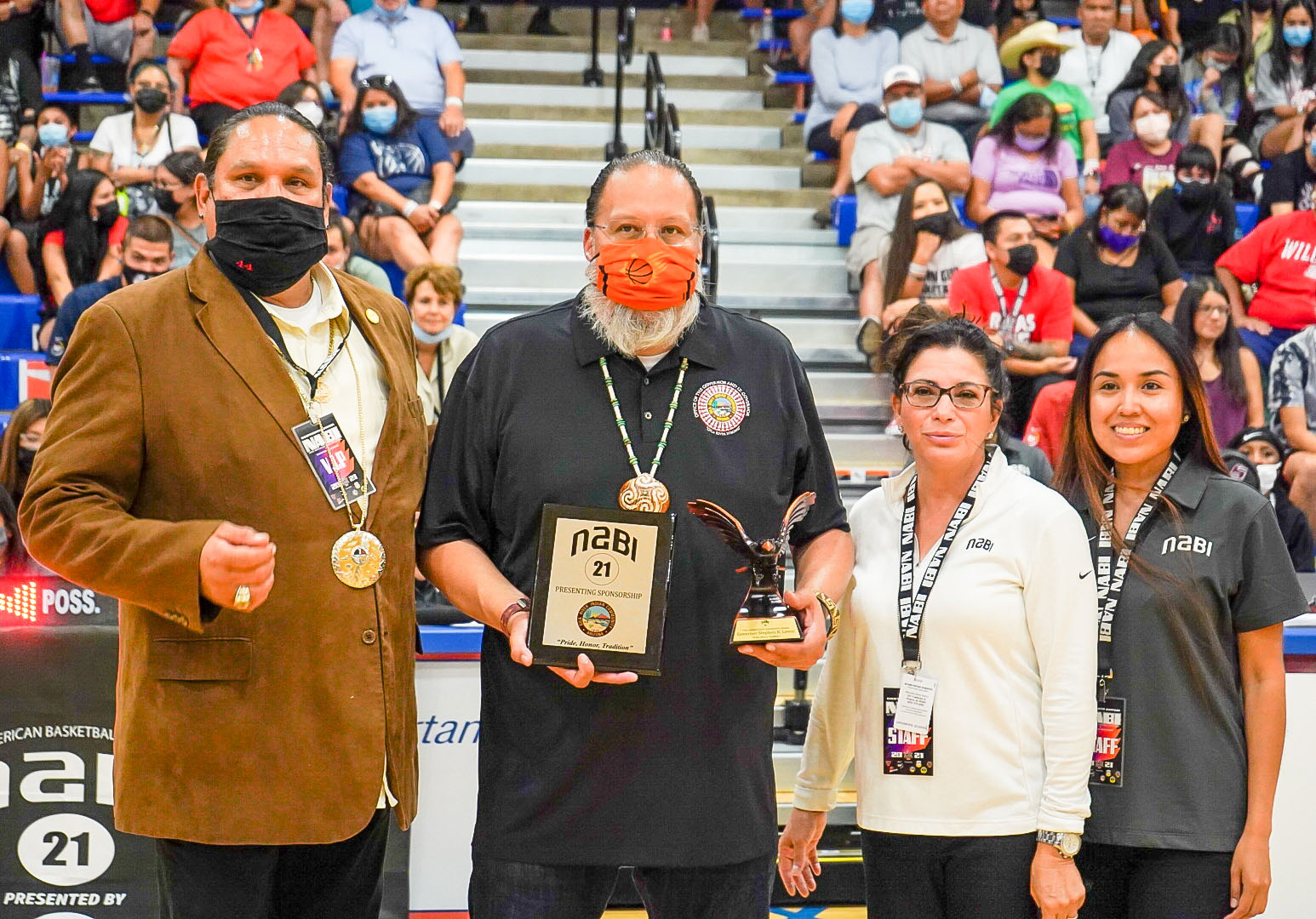