A select group of graduate students from Arizona State University had a special opportunity to visit the Managed Aquifer Recharge Site 5 on Dec. 6. The tour was part of a field visit by ASU Food Policy and Sustainability Leadership graduate students, who were interested in the how tribes have managed their natural resources.

The trip to MAR 5 was organized by Sharla Strong, Special Projects Coordinator for the Swette Center for Sustainable Food Systems (SCSFS), along with Kathleen Merrigan, Executive Director for SCSFS.

“The goal (of MAR 5) was to bring that water home and to begin recharging it here in the Community,” said DeJong. “The technical name for this facility – since it is a recharge facility that is permitted by the Arizona Department of Water Resources – is the Olberg Dam Underground Storage Facility.”

DeJong explained how MAR 5 is able to reinvigorate the area, restoring native vegetation that has been absent from the Community for many years. He said water is able to be delivered to the MAR 5 using an existing canal that was built in the 1920s, which was upgraded to handle the flow of water into the area.

“The Community has three recharge facilities. This is main one of them all,” said DeJong. “This is the only one where we have developed an interpretive trail,” said DeJong, who explained that . the trail’s benches, ramada and bridges are all made out of local materials, including mesquite trees.

DeJong added that many of the design elements were suggested by a group of Community elders, who were asked what they would like to see at the MAR 5 site.

“Everything else that was included was at the direction of the elders, including the signs that are in O’otham, Pee Posh and English, which describe the plants here on site,” said DeJong.

Elias, from District 6, has been weaving baskets since she was 13 years old. “I learned it from my parents,” she explained. “When we were young, we used to go down the river to where the supplies were. When the river was gone it was really hard to find supplies.”

For years, said Elias, she had to make trip to other O’otham tribes to obtain materials. “When we created this it was a dream come true,” she said, pointing out the vegetation at MAR 5. “I may have to drive 48 or so miles, but I know the materials I need are there.” 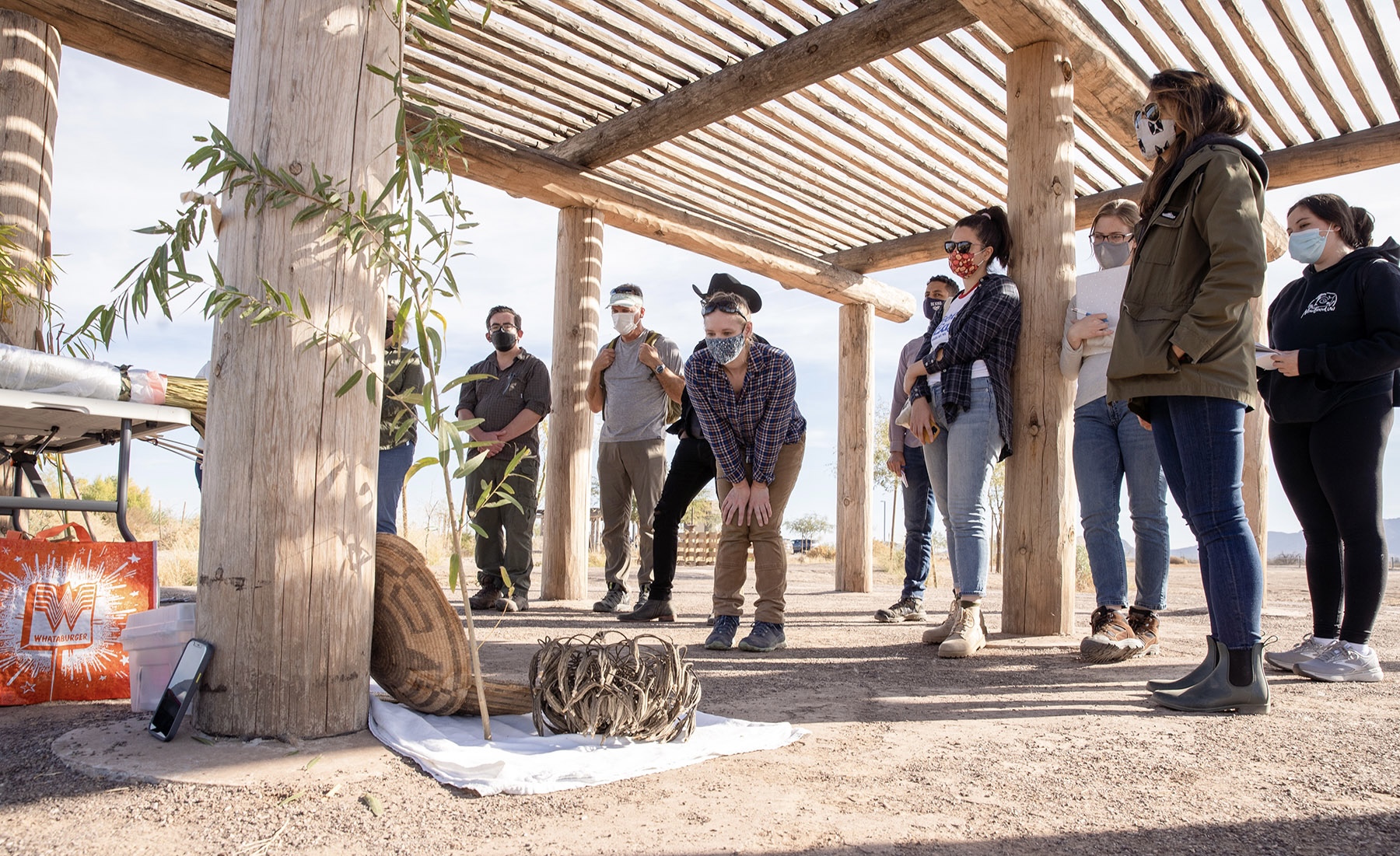 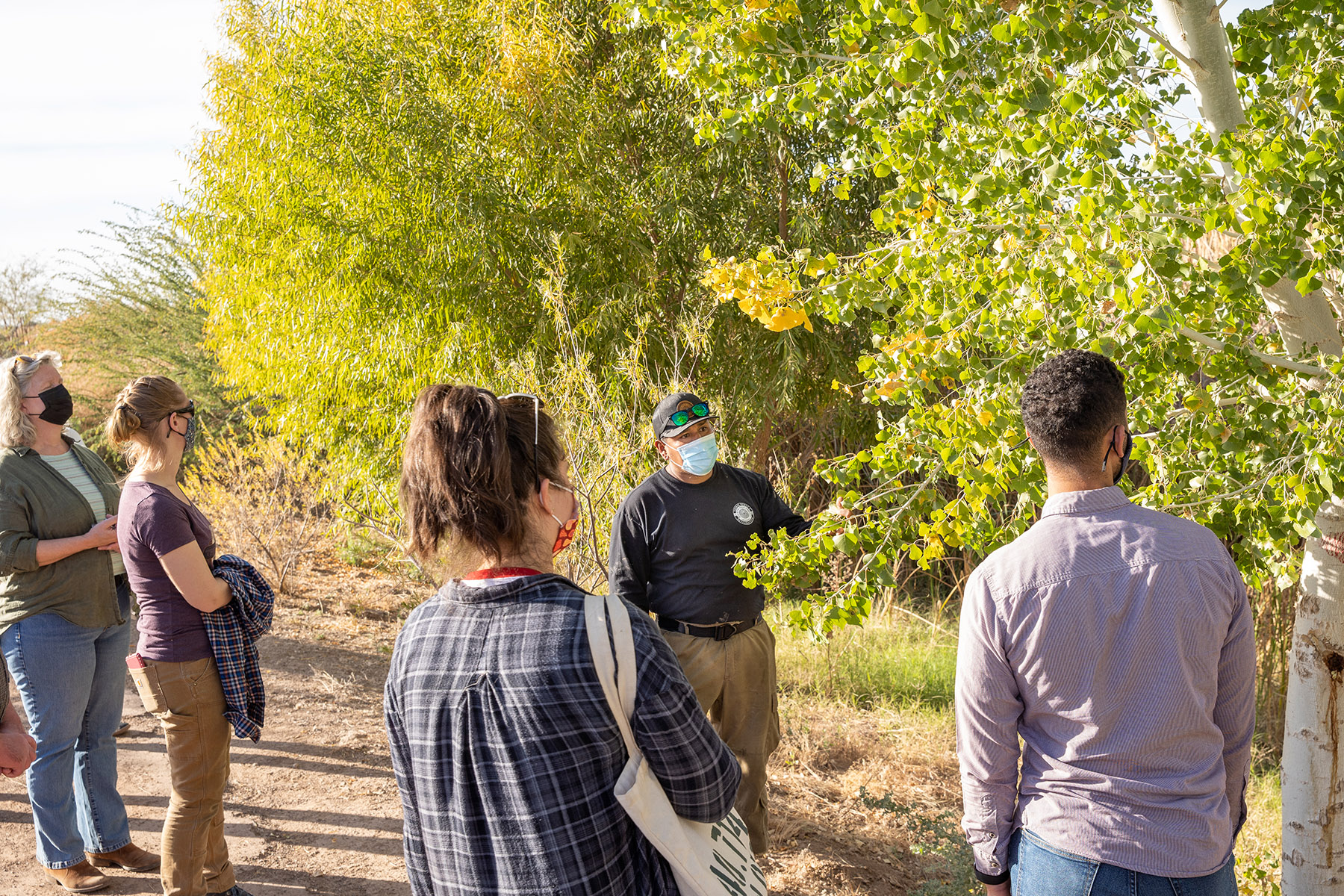 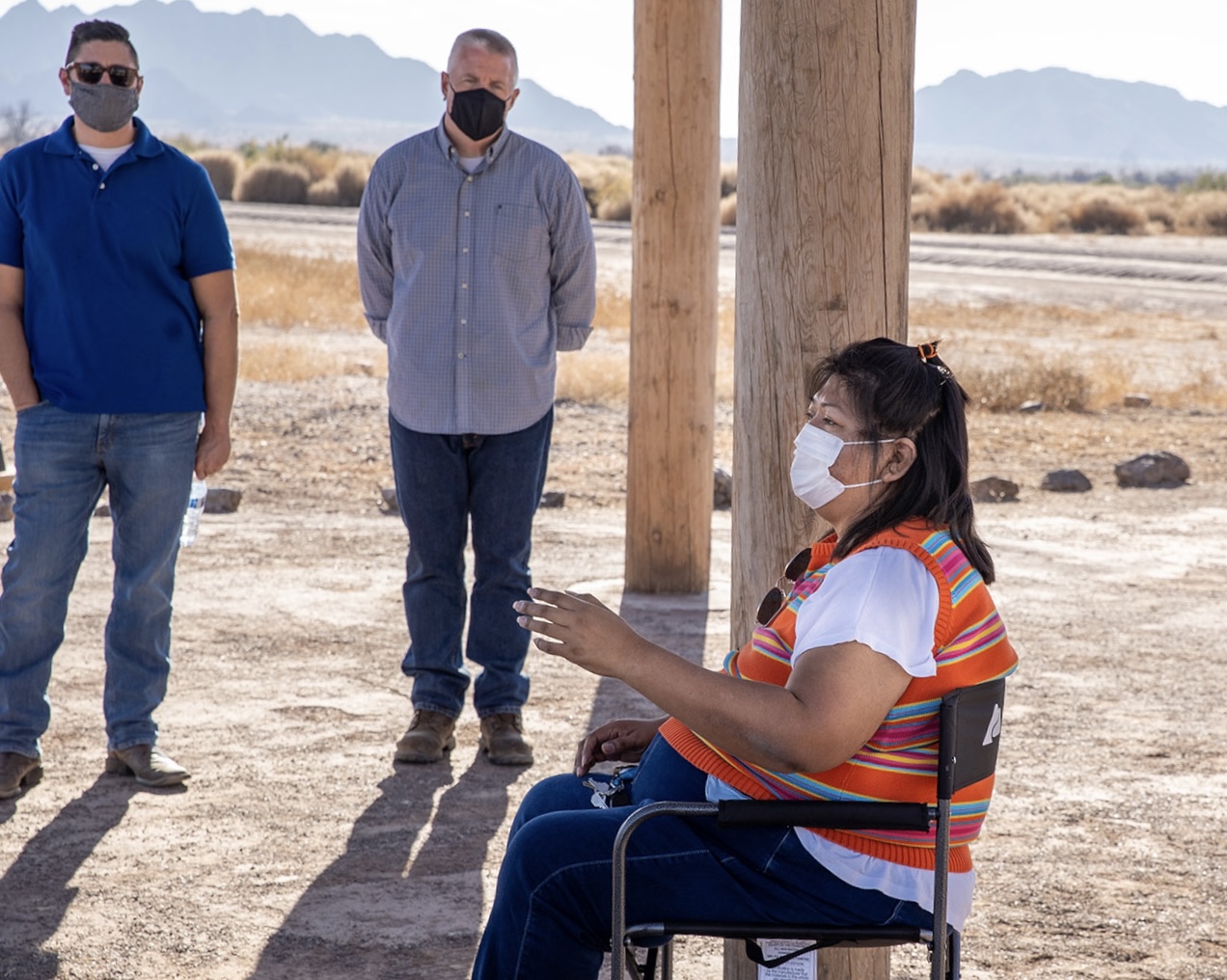