“This is an historic moment and we wanted to highlight how this bill will benefit the nation and all of our tribes, because we have been underfunded for so long,” said Gov. Lewis. “Our roads, water, and broadband have been underfunded for years. We’re here to show that when given the resources, our tribes will offer innovative solutions for the benefit of our safety, education, schools, and health care.”

“This is the largest infrastructure bill in history for Indian Country, and so we thought where better to kick it off than tribal communities in Maricopa County,” said Hannah Goss, Rapid Response Director, Arizona Democratic Party. “We’re really making sure people understand that this historic legislation is funding the projects that impact people’s daily lives.”

The event coincided with the Community’s Water Rights Day. Governor Lewis highlighted his signing of GRIC’s annual Funding Agreement with the U.S. Bureau of Reclamation. These resources, along with the new infrastructure funding, will allow the Community to complete the Pima-Maricopa Irrigation Project’s water delivery system.

Each leader also highlighted how the additional funding will significantly impact the public safety needs of each community. The resources provided by the measure will allow the tribes to do things like pave dirt roads and maintain and improve local highways, both of which constitute safety risks to drivers.

“I am hopeful that the new infrastructure bill will allow opportunities for tribes located in both urban and rural areas, because I know all tribal communities are challenged with locating enough resources for their much-needed infrastructure,” said SRPMIC President Harvier.

Ak-Chin Chairman Robert Miguel thanked the President. “While the long-term benefits won’t be immediately obvious, we owe a depth of gratitude to President Biden and his administration for making sure Indian Country was included in this legislation.”

“I hope that you take away from today that these projects are possible when tribal governments, Congress, and the administration work together to meet the needs of tribal communities because tribes have the answers,” said Gov. Lewis. “By working together, we can improve the lives of our communities, surrounding areas and the state.” 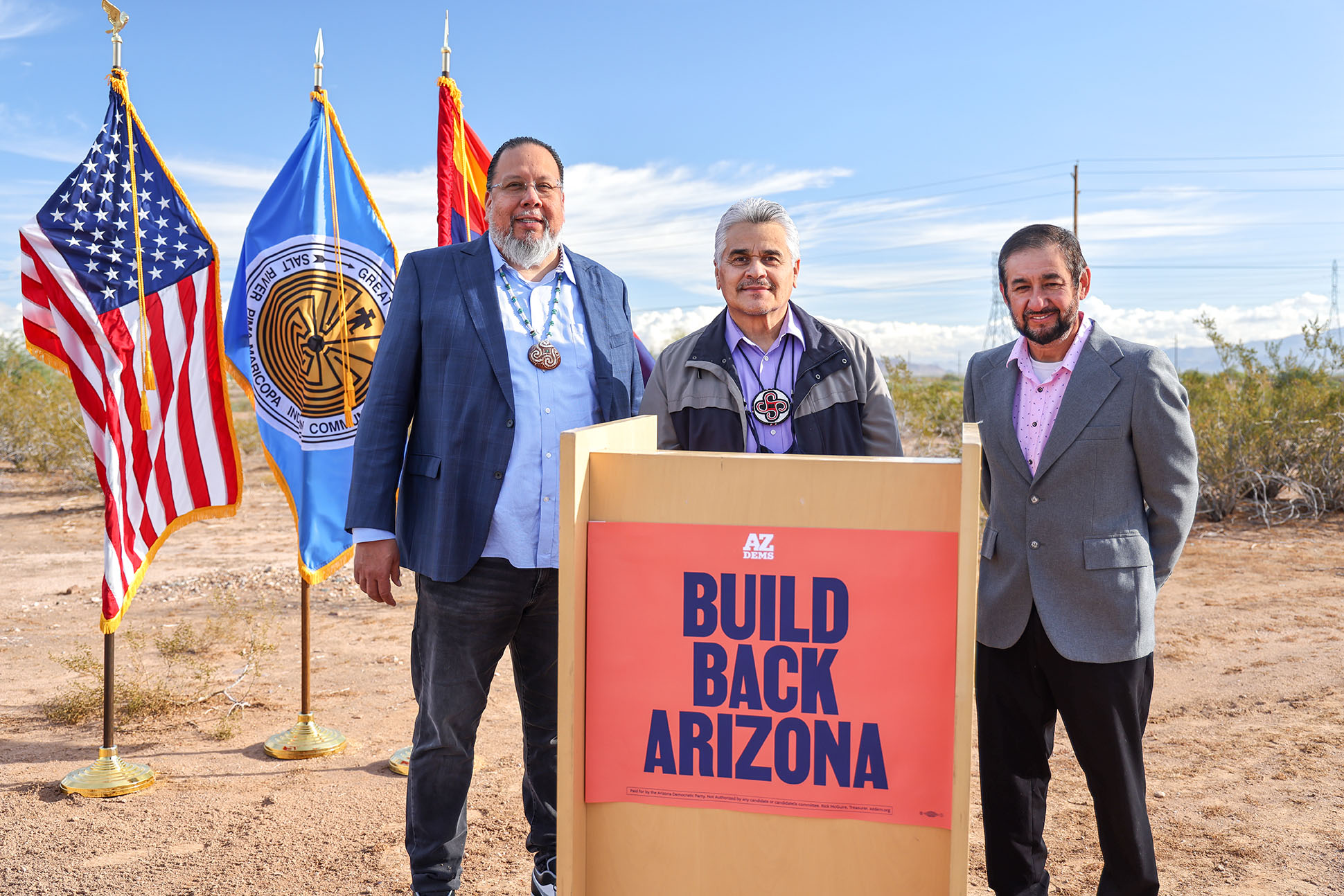 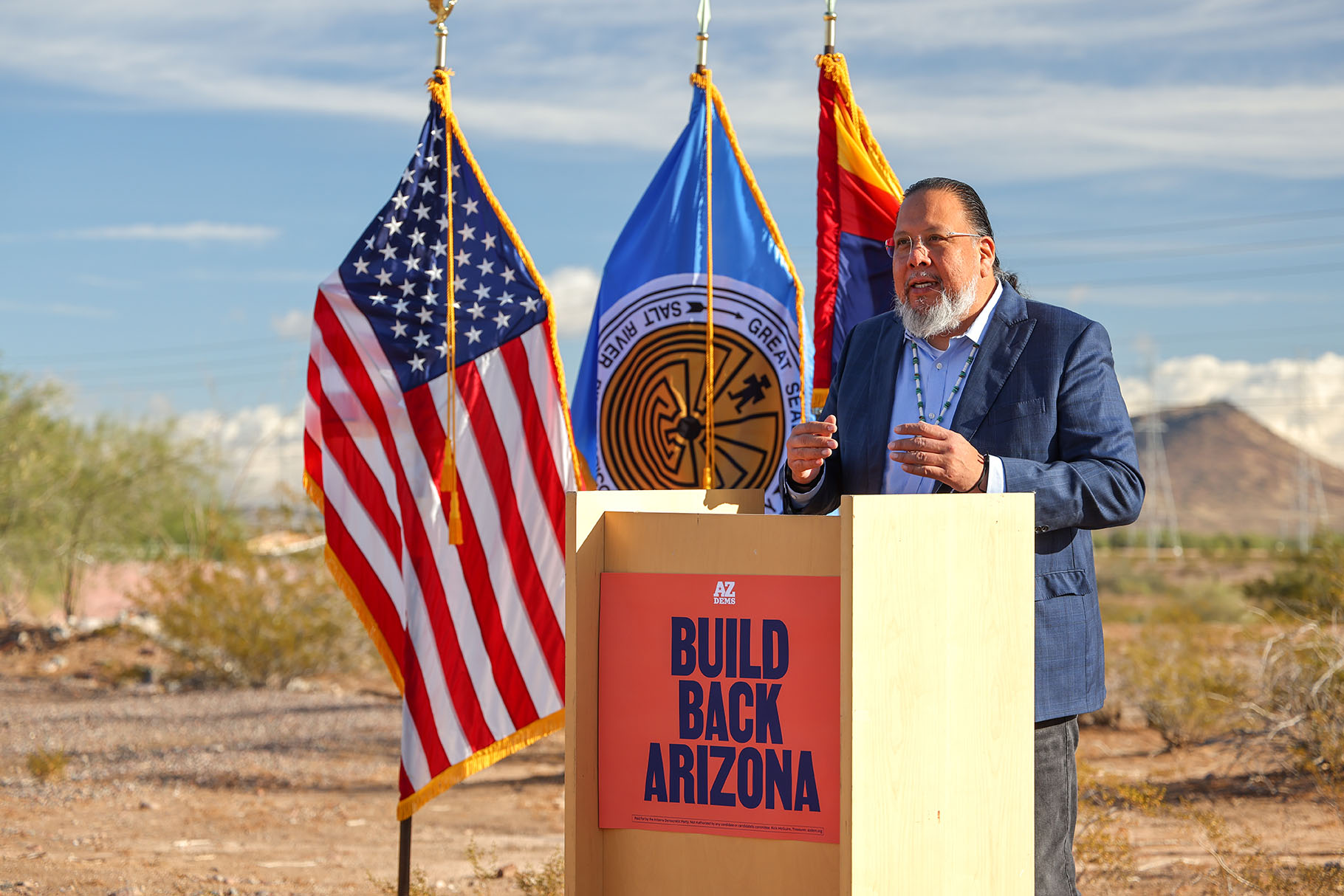