The Native American Basketball Invitational returned for 2021 after being cancelled in response to the COVID-19 pandemic. The familiar sights and sounds of cheering families took over gymnasiums across the Valley, as 124 teams competed in this year’s NABI tournament from July 12-17.

The annual invitational has become a major event for Native youth basketball players. While last year’s event was sidelined for public health reasons, this year’s return was marked by all involved adhering to guidelines established by the Centers for Disease Control, including face masks worn at all times for those in attendance with the exception of coaches and players while on the court.

NABI had announced the launch of “NABI Network” a platform to highlight Native American student athletes.

“It’s really good to be back out on the court playing basketball. I know we’ve been looking forward to the tournament,” said Ronnie Lyons, Head coach for the 21st Natives boys’ basketball team. He said due to the COVID-19 restrictions on social gatherings, the team was able to formally get together only a few weeks before the tournament. “The team we have now is all new, with the exception of two, so we are working with this fresh group as we go along.”

Lyons said his focus would be on giving his team experience playing different groups from visiting tribes and gelling as a unit.

“We’ve always had players who are new to the tournament. For some it’s their first time playing here, so we want them to get used of the pace of things,” said, Lyons, who added that the team will be looking to compete in future tournaments after NABI to get them inspired for the next matchup against other teams.

Edward Lucero of the Snaketown boys team also said that his team had not had  many opportunities to get to know each other. Lucero was proud of the team’s level of play for being in their first tournament since sporting events were reopened.

“Due to the pandemic, we didn’t get a lot of practice in, so we are coming together as best we can with the time we had before the tournament,” said Lucero.

“It’s been a long 15 months, bringing sports back and the Community together and bringing teams from Indian Country together.” Lewis called the tournament a testament to how Natives have been able to persevere through the pandemic.

“It’s good to see our Community members in the stands rooting for our teams and being there for their son or daughter putting their heart into the game,” said the Gov. Lewis.

For Community member Nick Harrison, this year’s NABI was a swan song of sorts, as this will be his last year playing in the tournament. “Sadly, this is my last high school tournament. After this weekend, I’ll be going to college and I am trying to make the best of it in the tournament,” he said. Harrison, who plays for the PHX Native Hot Boyz, has been a on a roll this summer after competing in a tournament in Las Vegas two weeks ago.

The opening ceremonies for the NABI championship game included the Haskell Osife-Antone American Legion Post #51 from District 1 and Tim Terry, who conducted the opening prayer. Gov. Stephen Roe Lewis was presented the Phil Homeratha Leadership Award during a halftime ceremony. 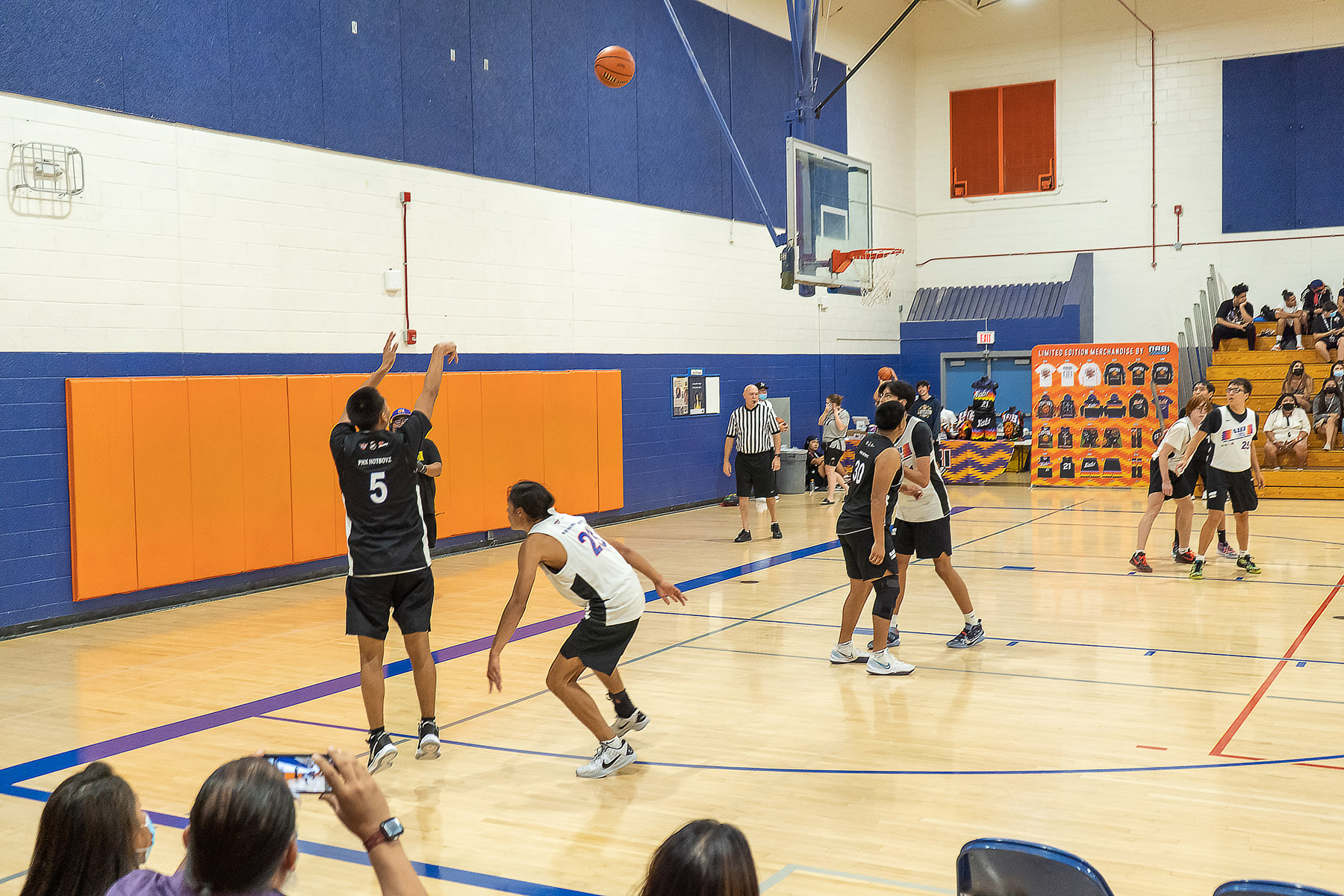 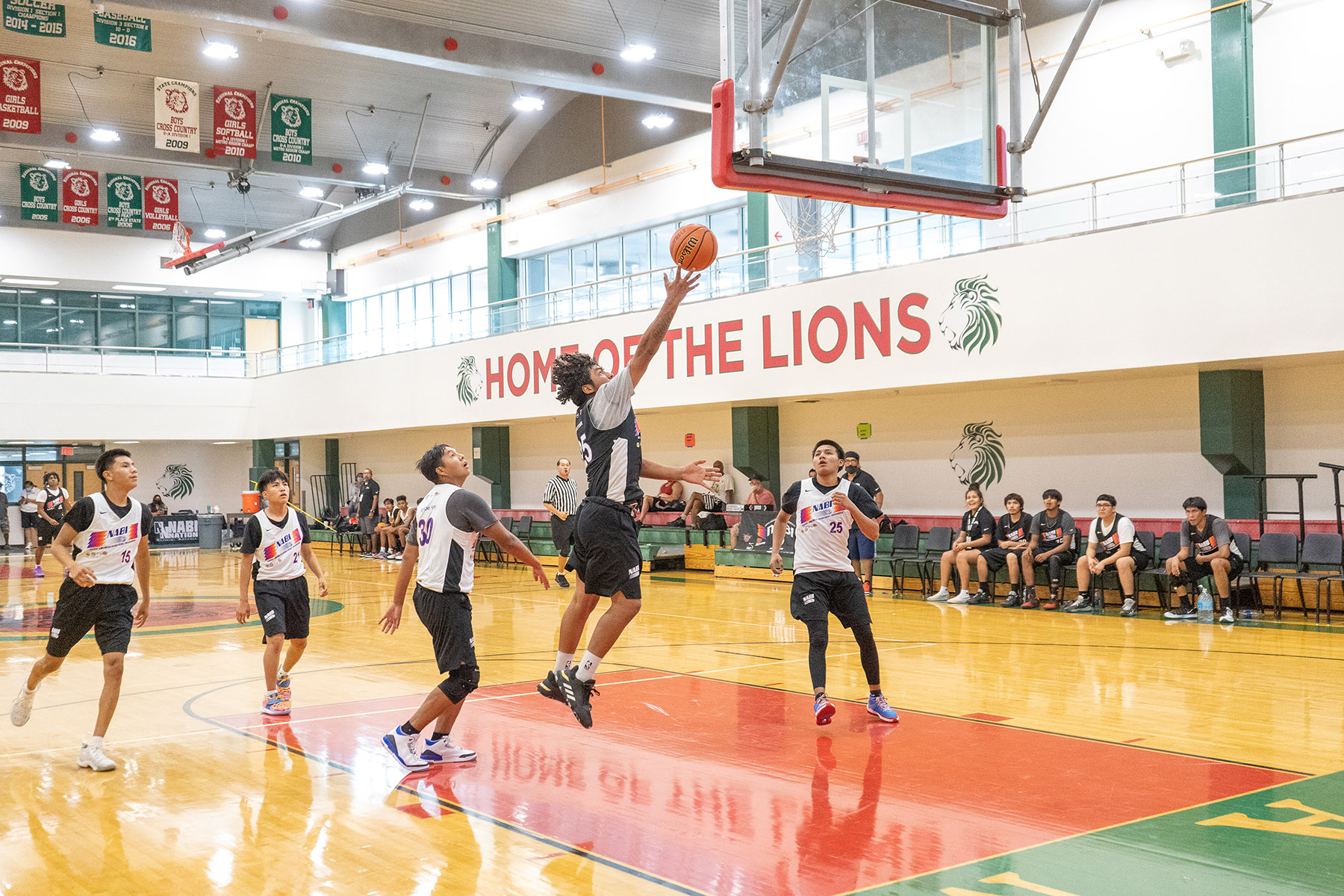 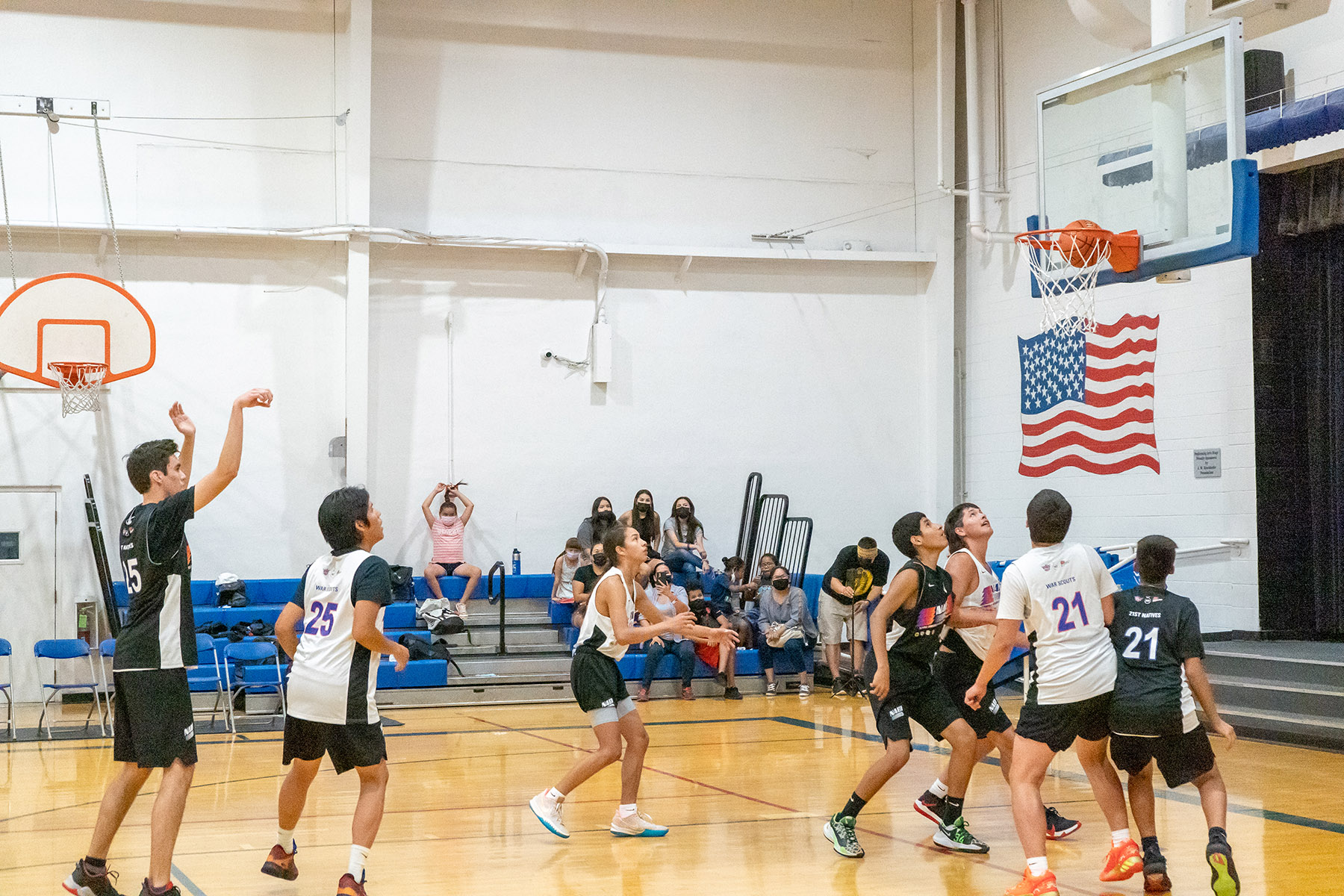