Dr. Wesley Yamada, the Chief Medical Officer for Gila River Health Care, is retiring after 33 years with the Community. Yamada, who served generations of Gila River children, elders and families, was hired in June 1987, becoming only the second podiatrist to work for Indian Health Service and the first full-time podiatrist in Sacaton.

“Every family in the Community has benefited from Dr. Yamada’s medical ability and his huge heart,” said Gov. Stephen Roe Lewis. “Words don’t do justice to his commitment to our members and how he’s touched so many lives. Dr. Yamada will always be a part of the Community and he will always be held in the highest regard.”

Katherine Lewis, a member of the GRHC Board, credited Yamada with changing the face of Community healthcare. “He created an environment that our Community members and other native people weren’t scared to see the doctor,” said Lewis, who has known Yamada since she was a child. “It’s going to be a big loss, but I think he created a really strong department that’s going to do great things. I’m very grateful for the work that he’s put into the Community.”

Yamada graduated with honors from the California School Of Podiatric Medicine in 1985. He was hired by the Community soon after completing his surgical residency training. At the time, Yamada was only staff member in the podiatry department. He worked out of a single exam room that served as his office.

“I didn’t have a nurse,” Dr. Yamada recalls. “I didn’t have medical assistants. I didn’t have a scheduler and was housed in the old hospital clinic, a single-wide trailer. This was before the casino, so money for staff, space and growth was extremely tight.”

“So many of our families trust him and our patients,” said Rachel Hernandez, Vice-Chair of GRHC Board of Directors.

Hernandez lauded Yamada’s orthotic program, saying it impacted scores of GRIC youth, including her own children, “encouraging them to be healthy and active.” As good a doctor as he’s been, said Hernandez, Yamada is every bit as solid as a person.

“I actually met Dr. Yamada on a personal level many, many years ago as a child,” she recalled. “He’s just a really good mentor. He has always been there to give that encouragement and just to be a friend.”

In November 2006, Dr. Yamada assumed the role of Chief of Surgical Services. In 2020, he became GRHC’s Interim Chief Medical Officer, helping to lead the Community’s response to the COVID-19 pandemic.

“He’s made such a huge difference in the Community,” said Dr. Anthony Santiago, Chief Executive Officer for GRHC. “Without a Wes Yamada, many people would have suffered the ills of losing their limbs. Wes has literally preserved peoples’ limbs and preserved their lives.”

Yamada says he’s looking forward to getting back to his old hobbies, including running, swimming, playing the piano and reading. He also intends to visit family members he hasn’t seen for years. Even so, he says a piece of his heart will remain with the Community.

“I am eternally grateful to Gila River Health Care and the Community. They’ve given me virtually my entire life,” said Dr. Yamada. “If you think about it, they’ve given me the opportunity to practice my profession. They’ve given me and my family a roof over our heads, education for my kids and truly a job for life.” 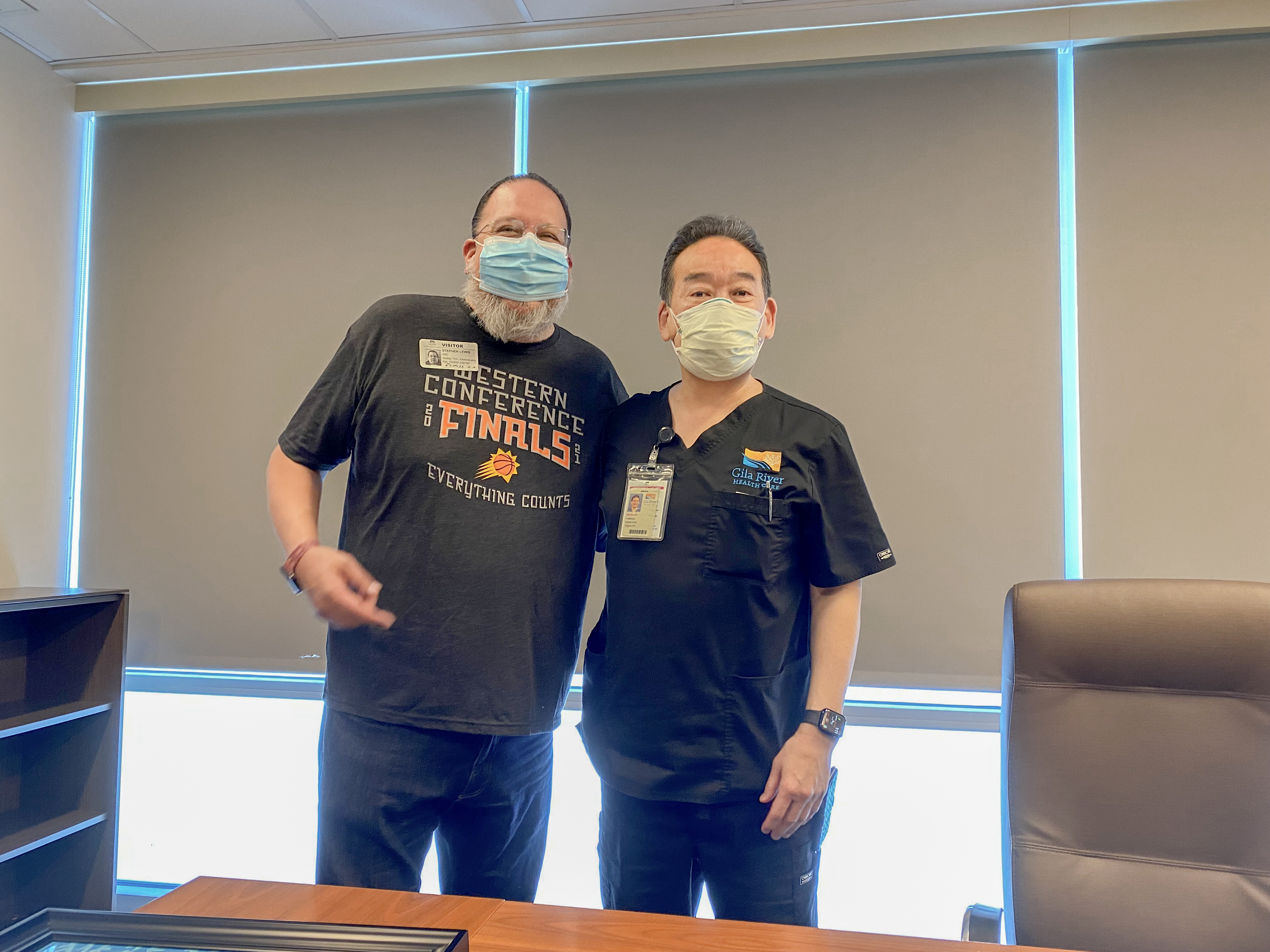