Community resident Megan Fahnolz, a recent graduate from Coolidge High School, on June 3 signed a letter of intent to play softball at Gateway Community College. A softball player for most of her life, Megan will be joined at GCC by her “Lady Bears” teammate Kinsey Garcia.

Megan began playing tee-ball for the team “Outkast,” moved on to club softball and played with teams from Chandler and Casa Grande. She was a varsity standout at Coolidge High, where she played for Coach Dan Aleman, who joined Megan, Garcia and their families for the letter signing.

“It’s very exciting, we always knew she had talent,” said Donald Fahnholz, Megan’s father. He described Megan as largely a “self-taught” softball player. “She never really had full-on coaching,” he explained. “She just learned by doing it and she got to where she’s at right now.”

Megan credited her father for getting her into the sport and for helping her excel on the field and in the classroom. She thanked him “for always pushing me to do better and to continue playing.”

The newest member of the GCC softball squad says she has played year-round, practicing as often as she can at home – even by herself. She enjoys the travel involved in softball and the many people she’s met. Those positives kept her going, Megan said, even when she wanted to leave the game behind.

“There’s times where I wanted to quit, so many times, but I just missed the sport so much,” said Megan. Softball “helps me get away from so many things. It helps me cope with things that I went through.”

Coach Aleman was eager to recruit Fahnolz after seeing her talent on display playing club ball. In high school Fahnolz was a utility player and played catcher. During her senior year amidst the pandemic, Fahnolz also played the outfield.

“She’s a smart kid. Very athletic, very personable and a respectable kid,” said Coach Aleman, “She’s the kind of kid you want on your team.” 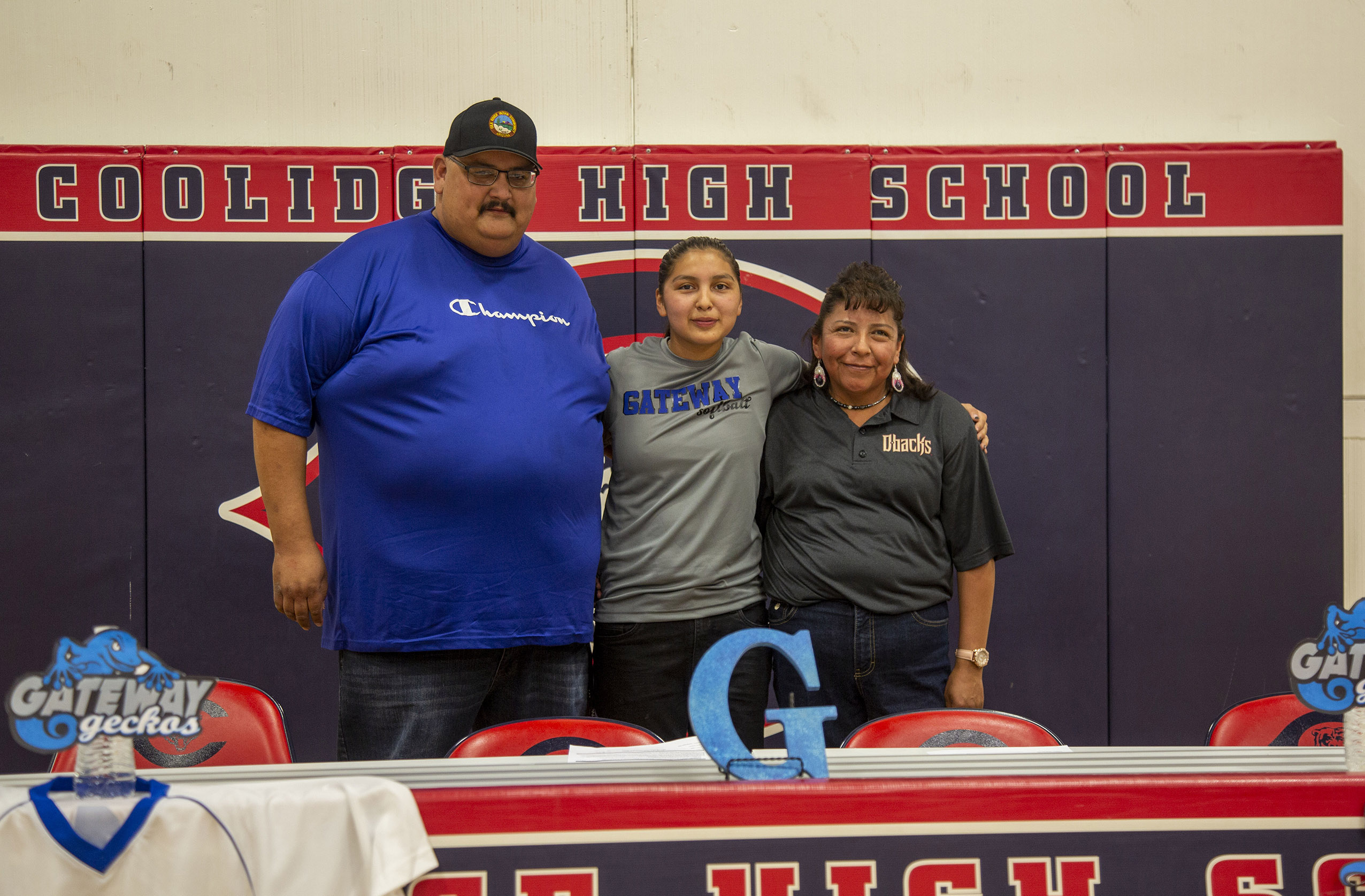